Fans Hoping To Raise Their Strong Voices To Her Cause

#15/Center, Brittney Griner, the U.S. Women's National Basketball Team's "Tower of Power" is captured during one of her competitions under FIBA Tournament play. The 2014 WNBA Champion, 7 x WNBA All-Star, WNBA's 3 x All-First Team, 2 x Gold Medalist, (Rio de Janeiro & Tokyo), and the 2012 NCAA Division 1 Champion, remains in custody of the Russian government for allegedly transporting a banned drug substance into their country. With the start of the new season, the WNBA in solidarity with Griner, will feature a special remembrance of her ongoing situation by placing decals with her initials and her jersey number (42) on each team's arena floor around the League. Photo: FIBA Media

(East Los Angeles, CA) May 4, 2022 [From The Editor’s Desk]: In a well-coordinated national effort at bringing  more situational awareness to the condition of its Mega-Super Star, Brittney Griner, the WNBA will place a court decal with her initials and jersey number, 42,  along the sideline in all of its arena floors.

It is now approaching some (80) days that Griner has been held in custody and per ongoing full news coverage of her situation, our federal government now considers her to be “wrongfully detained” by the Russian government, which has now registered a significant shift in how our officials will try to get her home.

We now bring you the official WNBA texted update  that was issued by Commissioner, Cathy Engelbert, on May 3rd.

NEW YORK, May 3, 2022 – The WNBA announced plans to acknowledge the importance of Phoenix Mercury center Brittney Griner to the league.  During the 2022 season, which tips off on Friday, May 6, Griner’s initials and jersey number (42) will be featured along the sideline of all (12) WNBA courts.

“As we begin the 2022 season, we are keeping Brittney at the forefront of what we do through the game of basketball and in the community,” said WNBA Commissioner Cathy Engelbert.  “We continue to work on bringing Brittney home and are appreciative of the support the community has shown BG and her family during this extraordinarily challenging time.”

The below image demonstrates the design of Griner’s initials and jersey number that will be placed on each WNBA court. 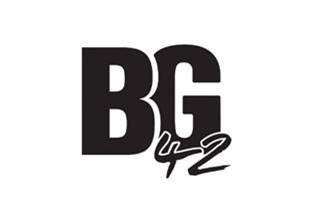 The league also announced that the Phoenix Mercury have been granted both roster and salary cap relief so that it can carry a replacement player until Griner, who will be paid her full salary, returns home and is ready to get back on the court.

As previously announced by the Mercury, philanthropic initiatives recognizing Griner and modeled after her contributions to the Phoenix community will take place across the WNBA during tip-off weekend into the 2022 season.  Every WNBA market will support BG’s Heart and Sole Shoe Drive, which is in partnership with the Phoenix Rescue Mission.  Griner founded the initiative in 2016 to support the homeless population.

“In conjunction with the league, the other 11 teams, and those closest to BG, we will work to keep her top-of-mind as we tip the 2022 season,”  said Jim Pitman, Executive Vice President and General Manager, Phoenix Mercury.

Mr. Pitman concluded his remarks with…“While we await her return, our main concern remains for her safety and well-being.  Our fans will miss her impact on the court and in our community, and this gesture of including her initials on every court and our BG’s Heart and Sole Shoe Drive activation in every market are for them and for her.”    # # #