Reminder: Voting Does Not Stop Till June 20th

(East Los Angeles, CA) June 13, 2022 [From The Editor’s Desk]: The early 2022 WNBA All-Star fan balloting results have come in and the leaders are A’ja Wilson/Las Vegas Aces and Breanna Stewart/Seattle Storm. Both of these outstanding “frontcourt” players continue to show their “full-court” dominance as the season reaches the completion of its first one-third phase of play. Now is the time to vote for the players you feel  have earned your deep fan appreciation and your recognition of their support to lead their respective teams with their overall play.

A Special Note: To All Sparks fans, do take notice that our brilliant back-court player,  #15/Brittney Sykes, does not appear on this preliminary list of players. She has consistently shown her true value to the team and deserves to be considered and voted for. It’s up to you to get busy and cast your votes in a timely manner. Her teammates, Liz Cambage and Nneka Ogwumike did make the list. 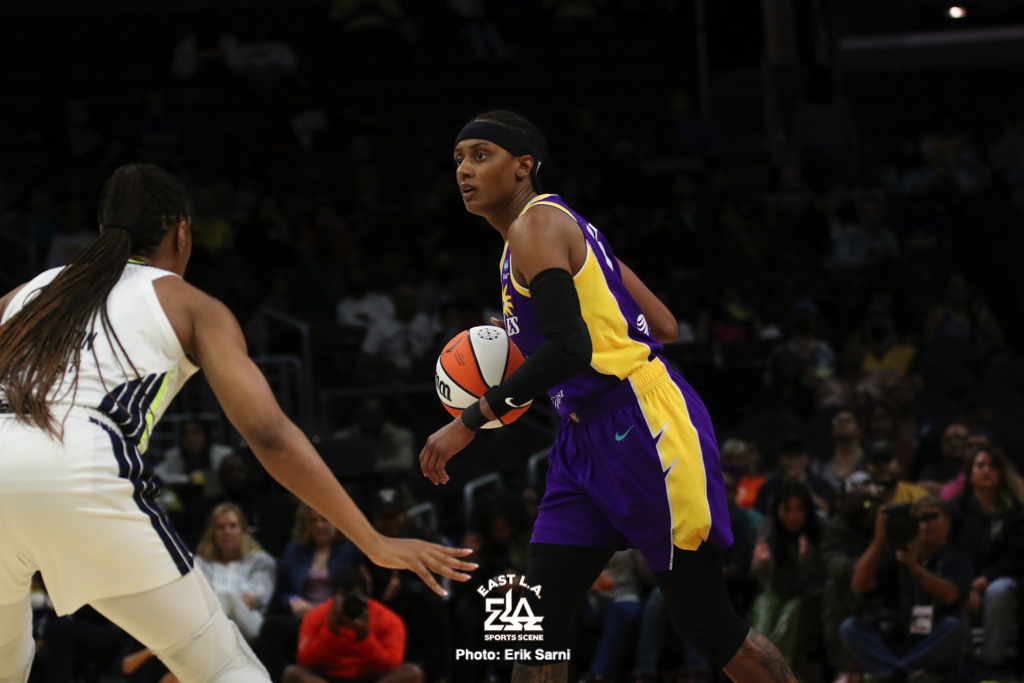 Please give a read to the full WNBA’s press announcement for more details.

NEW YORK, June 10, 2022 – Former Kia WNBA MVPs A’ja Wilson of the Las Vegas Aces and Breanna Stewart of the Seattle Storm lead the voting after the first round of fan returns for AT&T WNBA All-Star 2022.

AT&T WNBA All-Star 2022 will be played at Wintrust Arena in Chicago, home of the defending WNBA Champion Chicago Sky, on Sunday, July 10 (ABC, noon CT/1 p.m. ET), and will be the centerpiece of a weekend full of WNBA activities.

AT&T WNBA All-Star 2022 will feature the league’s biggest and brightest stars selected from across the WNBA without regard to conference affiliation.  Current WNBA players and a media panel are joining fans in selecting the All-Star starters.  Fans will account for 50 percent of the vote, while the players and media panel will account for 25 percent each.  Voters can select up to four guards and six frontcourt players on a ballot.  Fans can submit up to one full ballot per day (defined as once every 24 hours), while players and media panelists are able to complete one ballot.

Wilson and Stewart are followed in the fan voting by two-time Kia WNBA MVP and six-time All-Star Candace Parker of the Chicago Sky (17,475), 2021 Kia WNBA Sixth Player of the Year Kelsey Plum of the Aces (17,158), and two-time Kia WNBA MVP, six-time All-Star and captain of Team Delle Donne for the 2018 and 2019 AT&T WNBA All-Star Games, Elena Delle Donne of the Washington Mystics (13,626).

After all votes are tallied, players will be ranked by position (guard and frontcourt) within each of the three voting groups – fan votes, player votes and media votes.  Each player’s score will be calculated by averaging their weighted rank from the fan votes, the player votes and the media votes.  The four guards and six frontcourt players with the best score will be named as starters for AT&T WNBA All-Star 2022.  Fan voting will serve as the tiebreaker for players in a position group with the same score.

The 10 All-Star starters, including the two captains, will be revealed on Wednesday, June 22.  After the announcement of the starters, the league’s head coaches will select the 12 reserves.  The head coaches will vote for three guards, five frontcourt players and four players at either position regardless of conference.  They may not vote for their own players.  The reserveswill be announced on Tuesday, June 28.

The captains – the two All-Star starters who receive the most fan votes – will draft their respective rosters by selecting first from the remaining eight players in the pool of starters and then from the pool of 12 reserves.  ESPN will broadcast the WNBA All-Star Team Selection Special on Saturday, July 2 (3 p.m. ET).

See below for the leaders in the first returns of fan voting for AT&T WNBA All-Star 2022: