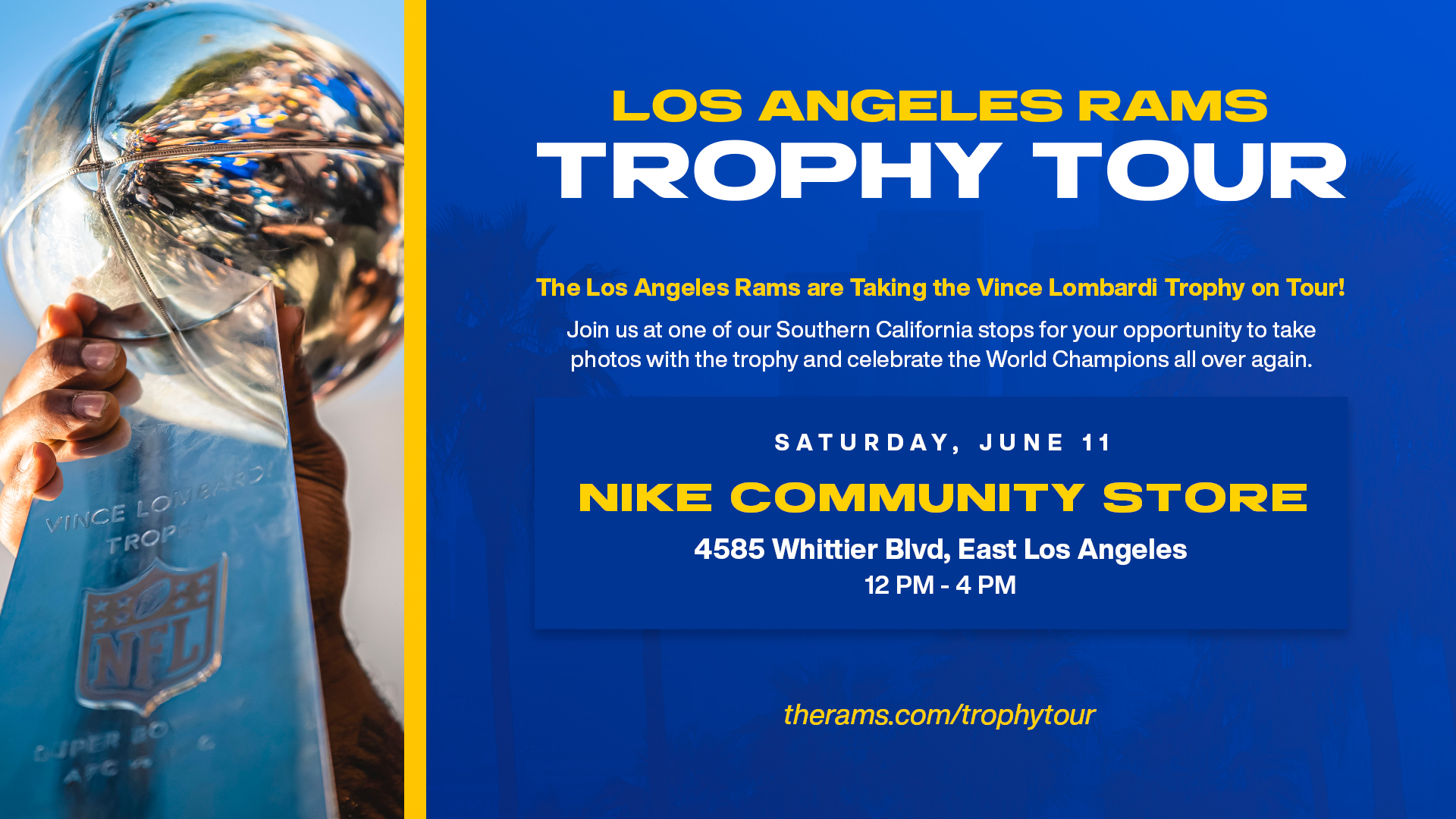 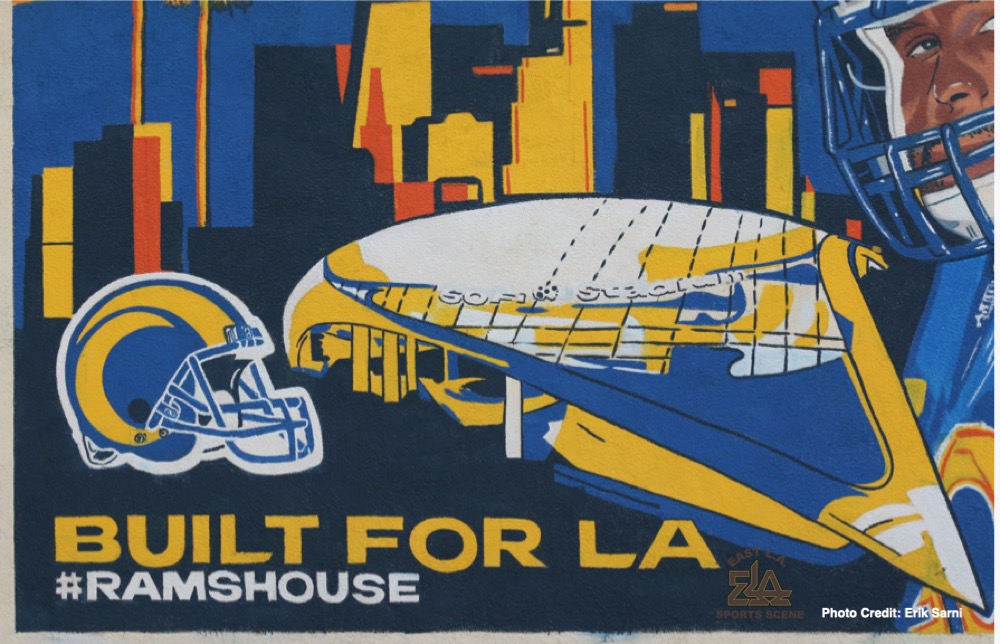 (East Los Angeles, CA) June 8, 2022 [From The Editor’s Desk]: To All of our Rams followers who are strong and devoted fans, here is your unique opportunity to add to your Rams Fan Album or your Social Media platforms. The distinguished and highly coveted Super Bowl Trophy, the Vince Lombardi Trophy (VLT) will be making another stop on its two-month long tour, this Saturday, 6/11/22, from 12:00 noon to 4:00 PM, at the Nike Community Store located on Whittier Blvd. Be sure to check out the link below to gather more information.

Following the Los Angeles Rams historic 2021 season that concluded with a Super Bowl LVI victory at SoFi Stadium, the team has been taking the Vince Lombardi Trophy on an 11-stop tour that is traveling more than 2,000 miles throughout Southern California and Mexico.

This weekend, the Rams are bringing the championship trophy to the Nike Community Store in East L.A. to provide residents and fans the chance to see and take photos with football’s most coveted prize up close. All Trophy Tour stops are FREE and open to the general public and feature appearances from Rams mascot Rampage, Rams Cheerleaders, a merchandise trailer, and more.