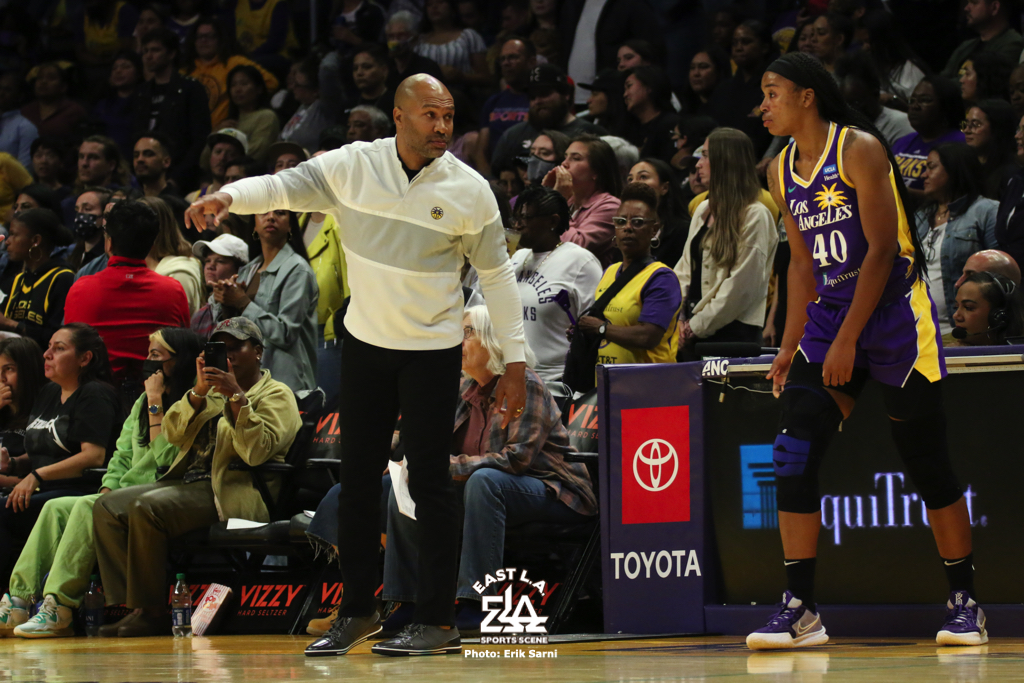 (East Los Angeles, CA) June 9, 2022 [From The Editor’s Desk]: Yet another Head Coaching casualty of the WNBA’s new 2022 season took place in a heart-beat as the L.A. Sparks Managing Partner, Eric Holoman,  made the decision to sever the relationship with General Manager/Head Coach, Derek Fisher, from both of his positions, and then designated Assistant Coach, Fred Williams, to take over the interim coaching duties of the team. There will be a full-scaled search for a new General Manager that is slated to begin immediately. Here is the full L.A. Sparks press announcement that explains the full details.

LOS ANGELES (June 9, 2022) – The Los Angeles Sparks announced on Tuesday, 6/7, that the organization has parted ways with General Manager/Head Coach Derek Fisher, effective immediately. Assistant Coach Fred Williams will serve as Interim Head Coach for the remainder of the 2022 season. The Sparks will now begin a search for the next general manager.

“After a thorough evaluation of the state of our team, the Sparks and GM/Head Coach Derek Fisher have agreed to part ways,” Managing Partner Eric Holoman said. “On behalf of our ownership group, I want to thank Derek for his efforts and contributions to the Sparks franchise. We wish him the best moving forward. I have full confidence in Fred Williams to step into the role of interim head coach, bringing a wealth of experience leading WNBA teams.”

“I want to thank the LA Sparks organization, ownership, staff, players, and fans for the opportunity they have afforded me over the last four years as a part of this historic franchise,” Fisher said. “Their support has allowed me to grow as both a coach and front office executive and I am proud of what we have accomplished.”

“The Sparks and I have mutually agreed to part ways as I shift my focus back to pursuing other opportunities and private endeavors”  Fisher added. “It has been an amazing ride and I wish the entire L.A. Sparks organization great success moving forward.”

Interim Head Coach Fred Williams takes over with 30 years of experience in women’s basketball. He most recently served as head coach of the Tulsa Shock/Dallas Wings from 2014-2018, where he coached Sparks center Liz Cambage. Williams has also been the head coach of the Atlanta Dream (2012-2013), the Utah Starzz (1999-2001), and the University of Southern California (1995-1997). In 2013, he led the Dream to the WNBA Finals.

“I appreciate the opportunity to steer the team under these circumstances, alongside assistant coaches Latricia Trammell and Seimone Augustus,” Williams said. “We have a talented group of players focused on making a run to the WNBA playoffs and we will collectively embrace this challenge.”

The Sparks next home game, featured as “Dads & Daughters Night” is Saturday, June 11th against the Las Vegas Aces at 6 p.m. PT at Crypto.com Arena. The game can be viewed on Spectrum SportsNet. 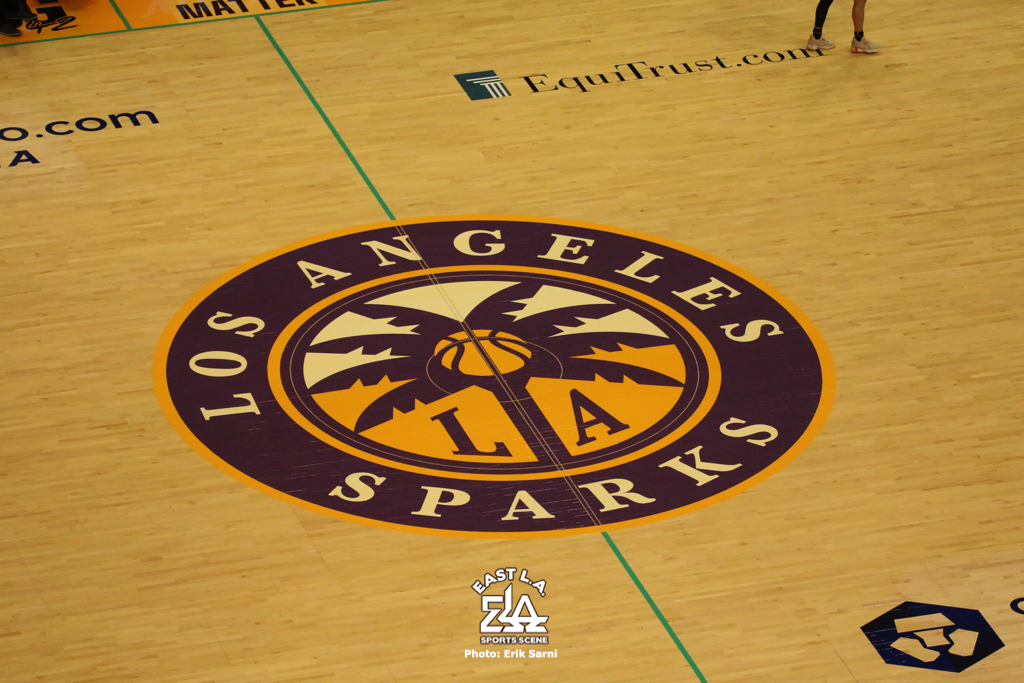