Many New and Valuable Lessons Learned From 2nd Regional 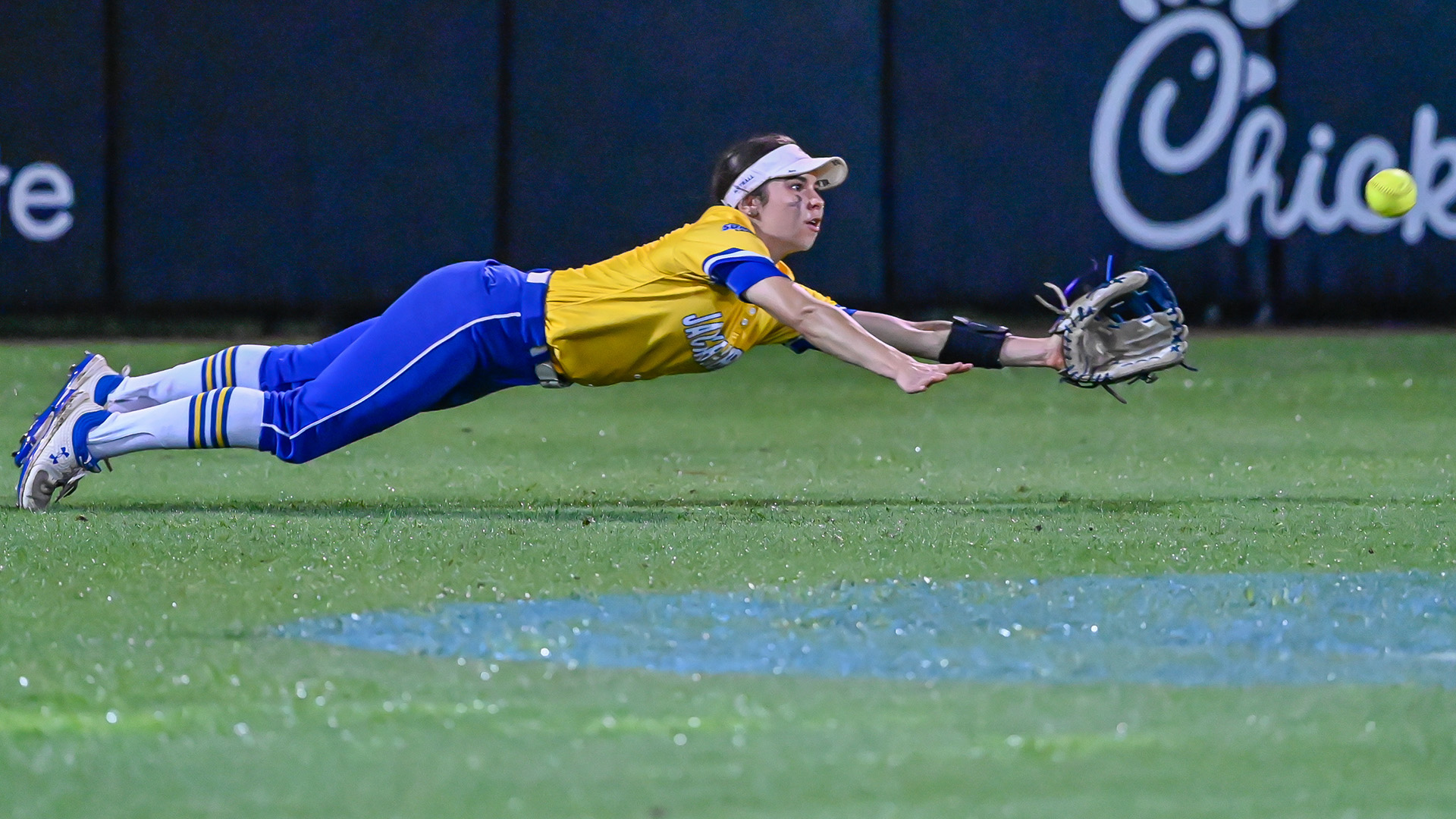 (East Los Angeles, CA) May 26, 2022 [From The Editor’s Desk]: And thus, the South Dakota State University (SDSU) Jackrabbits run in their second consecutive NCAA D-1  post-season softball tournament came to an end against the Big Ten Conference’s Michigan Wolverines on this day, 5/22/22, a Sunday. It concluded with the (4-1) loss in facing their opponent for the second time in the Orlando Regional Tournament last weekend,

But, on the very positive side of matters in high-level and high stakes competition such as this, it must be duly noted that the Jackrabbits program made an incredible accounting for Head Coach, Krista Wood, the University as a whole, their Summit League, the players of course, their parents, their friends, and their newfound followers who enjoy watching D-1 softball programs rise and improve with each new season across our country.

As our headline mentions, the SDSU Jackrabbits showcased their talents, skills and abilities extremely well to the country and most likely will be in most talks and discussions about their 2023 NCAA, and other Power softball rankings  in the country.

To close our commentary on this coverage, and now in the year 2022 as we all celebrate (50) years of Title IX implementation, softball experts and writers are agreeing that “parity” is now becoming an important and much-respected word, especially in women’s college sports.

{We now share the final game reports issued by the SDSU Sports Information Office. Special Thanks to Mr. Jason Hove, Asst. Sports Information Director (SID), not only for the reports, but also for access to game photos that we have published in our Photo Galleries. 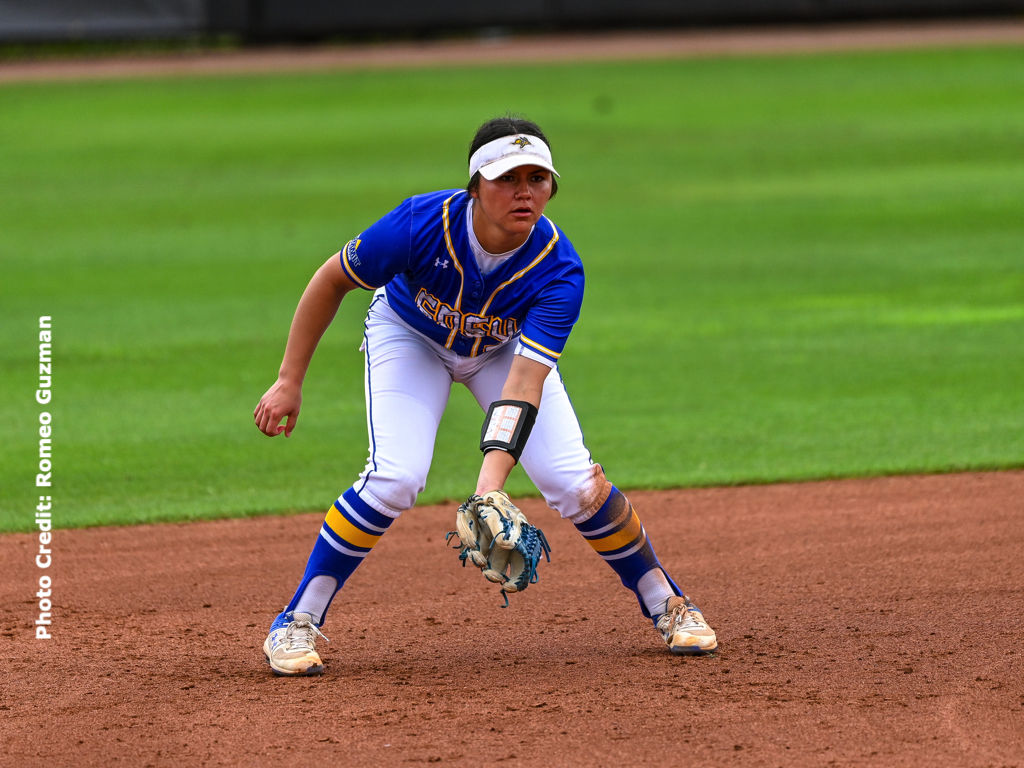 May 20, 2022: #27/SS/Rozelyn Carrillo is captured in her fielding stance during the NCAA’s Orlando Regional Softball game action between Michigan and South Dakota State at the UCF Softball Complex in Orlando, Fl. Romeo T Guzman / SDSU

(ORLANDO, Fla.) — Kelsey Lenox doubled in Rozelyn Carrillo with the winning run in the bottom of the ninth inning as the Jackrabbits prevailed (5-4) over Villanova in the wild conclusion of the Villanova suspended game, Sunday at the NCAA Softball Tournament’s Orlando Regional.

SDSU, (41-12) overall, immediately faced Michigan in another elimination game, with the winner of that contest facing No. 16 overall seed Central Florida in the championship round later on Sunday. Michigan defeated the Jackrabbits, (2-1), in opening-round action on Friday.

After play was halted Saturday night, the game resumed at 10:00 a.m. Sunday in the top of the sixth inning with the game tied at 1-all. Villanova grabbed a (4-1) lead in the top of the seventh when Megan Kern lined a single up the middle with the bases loaded to score Paige Rauch. The relay throw home was misplayed to allow a second run to score and the throw back to home plate was errant, leading to the third run on the play for the Wildcats.

The Jackrabbits came right back, however, to tie the game at 4-all and send it to extra innings. Allison Yoder, Peyton Daugherty and Emma Osmundson opened the inning with consecutive singles, with Yoder scoring on Osmundson’s hit down the third-base line. After Rozelyn Carrillo was hit by a pitch to reload the bases, Cylie Halvorson drew a walk to force in a run and Lenox delivered the tying run with a single to center field. Lenox’s hit came after SDSU successfully challenged a call in which Lenox was ruled to have fouled off a preceding pitch.

Villanova was able to prevent the winning run from scoring in the seventh inning as the next three Jackrabbit hitters were retired on a strikeout and pair of groundouts.

Grace Glanzer entered to pitch in the eighth inning and tossed two scoreless innings before the Jackrabbits put together the game-winning rally in the ninth. Carrillo began the ninth with a single to right field, setting the stage two batters later for Lenox, who lined a double to the fence in left-center that scored Carrillo from first base.

The Jackrabbits finished with a (12-3) advantage in hits as Daugherty and Lenox each tallied three hits. Yoder and Carrillo both collected two hits. SDSU starter Tori Kniesche struck out 14 batters, but walked eight and hit two over the first seven innings. 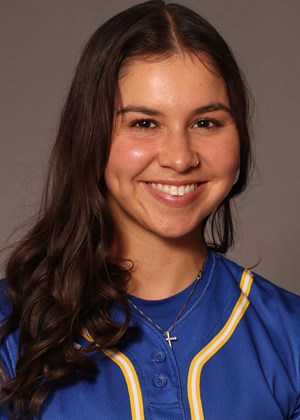 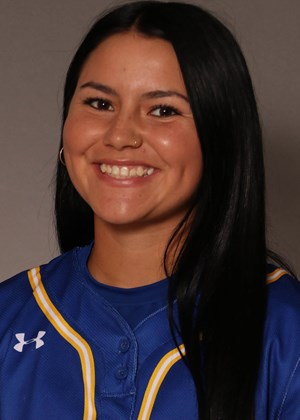 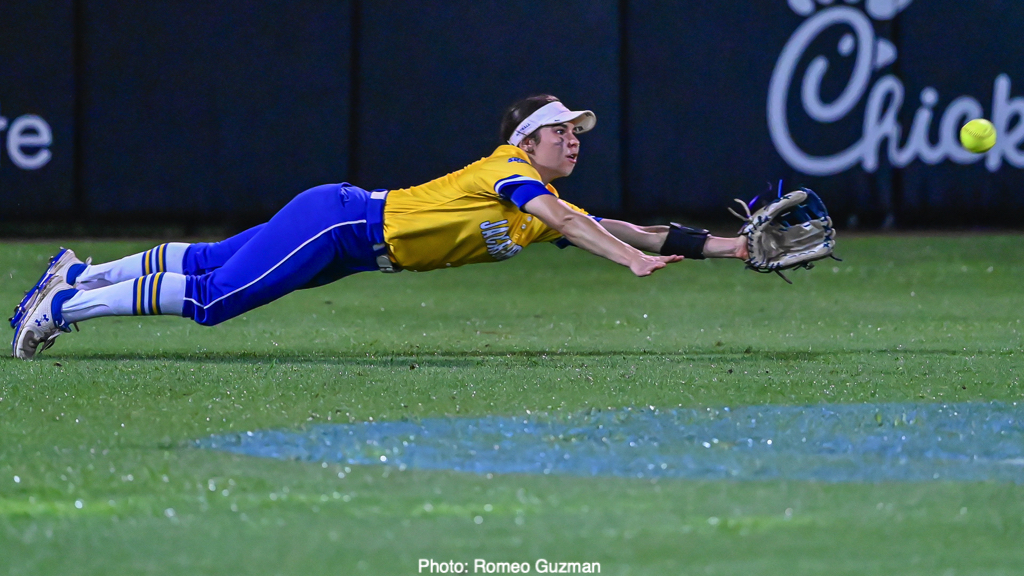 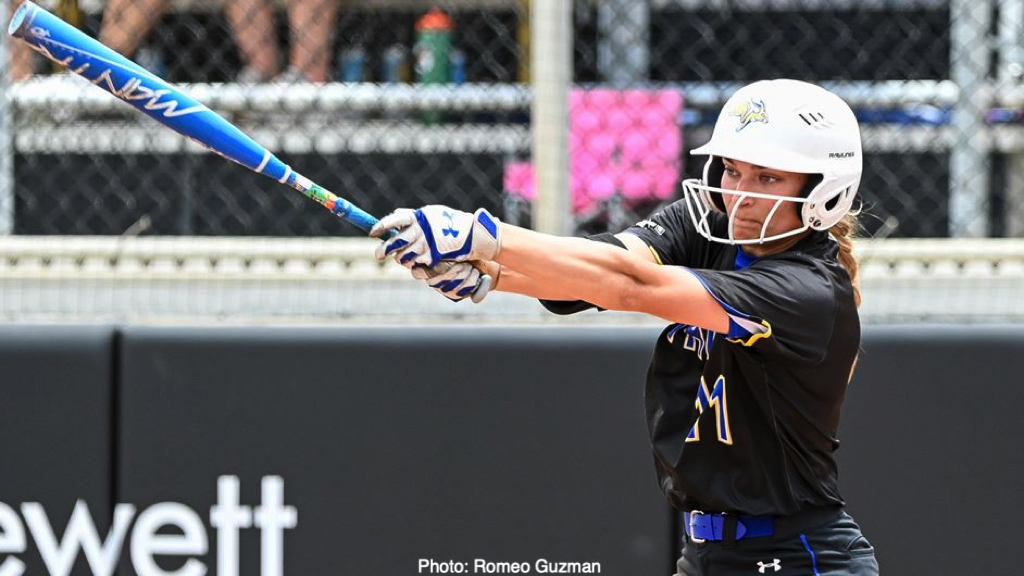 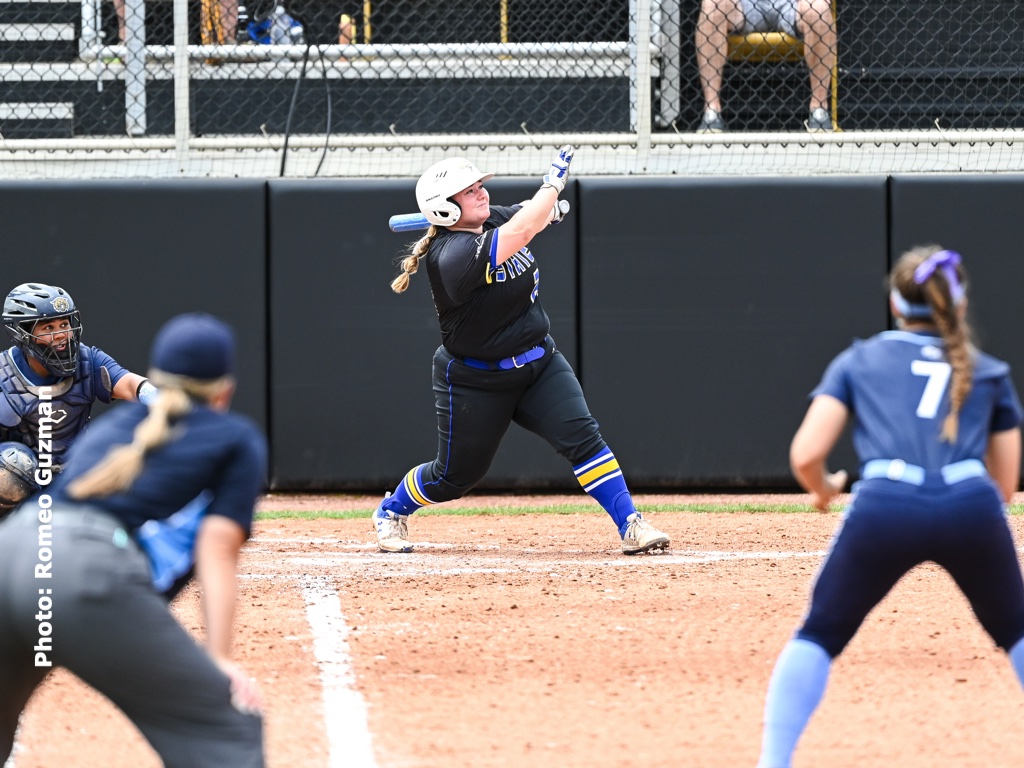 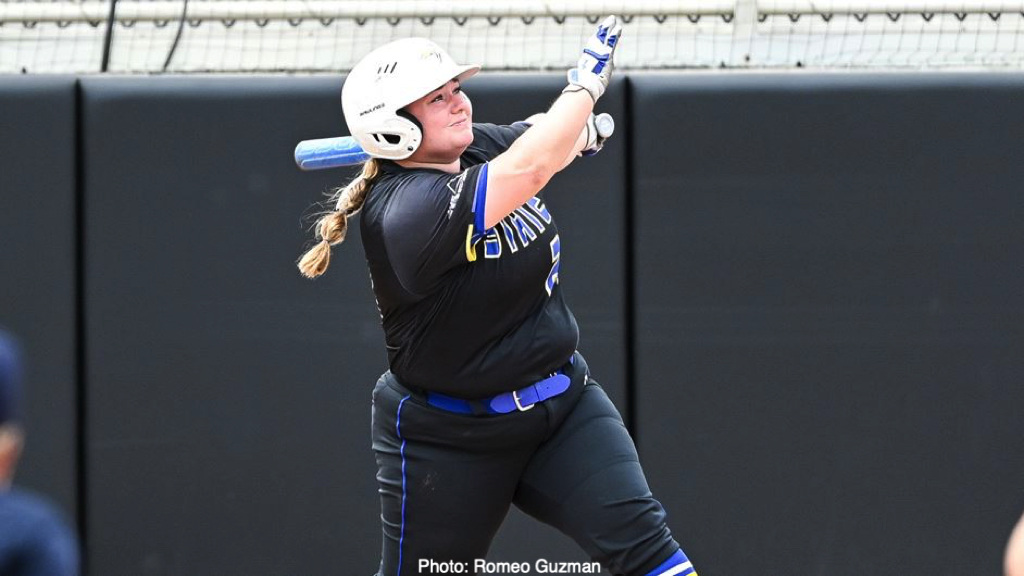 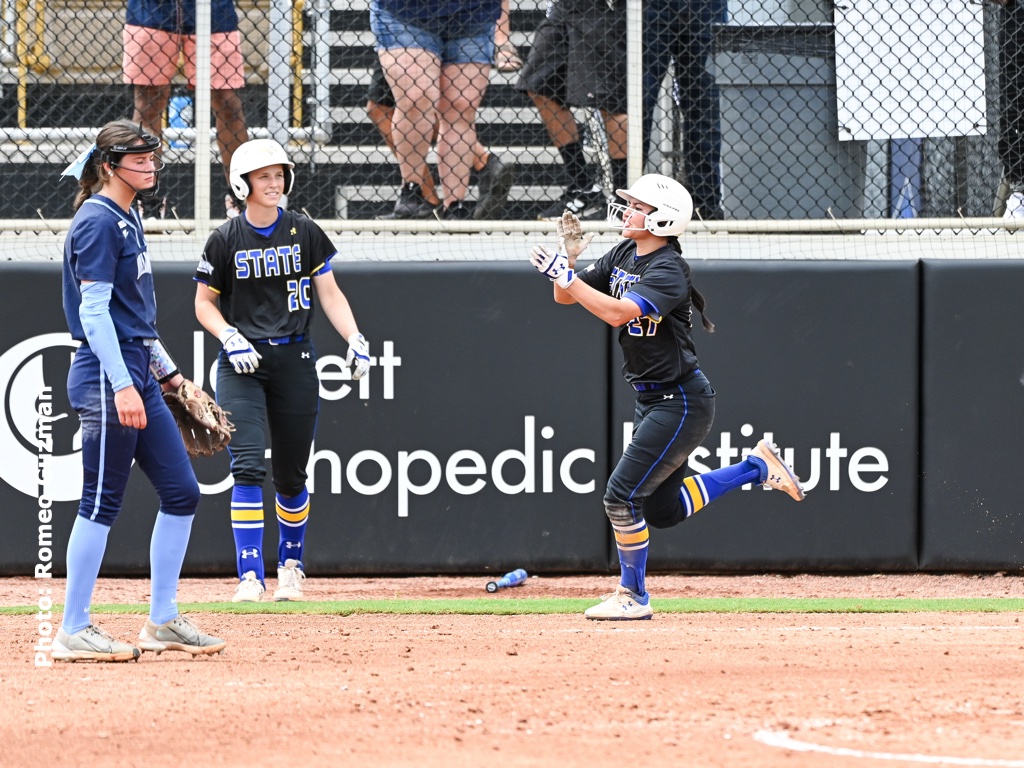 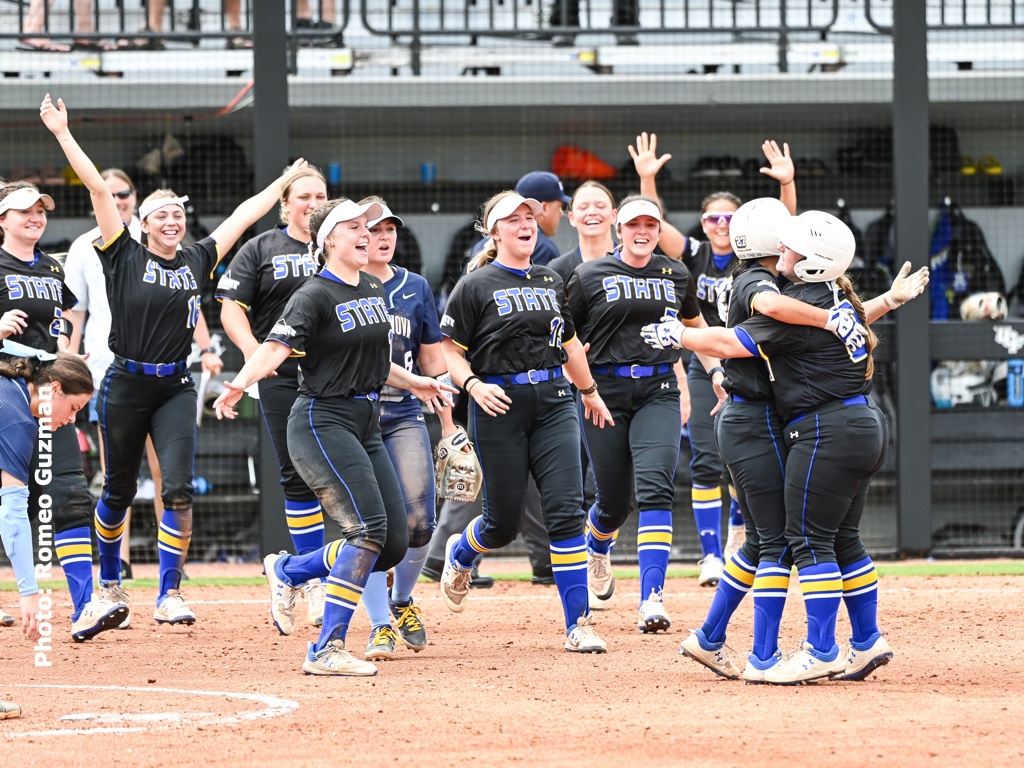 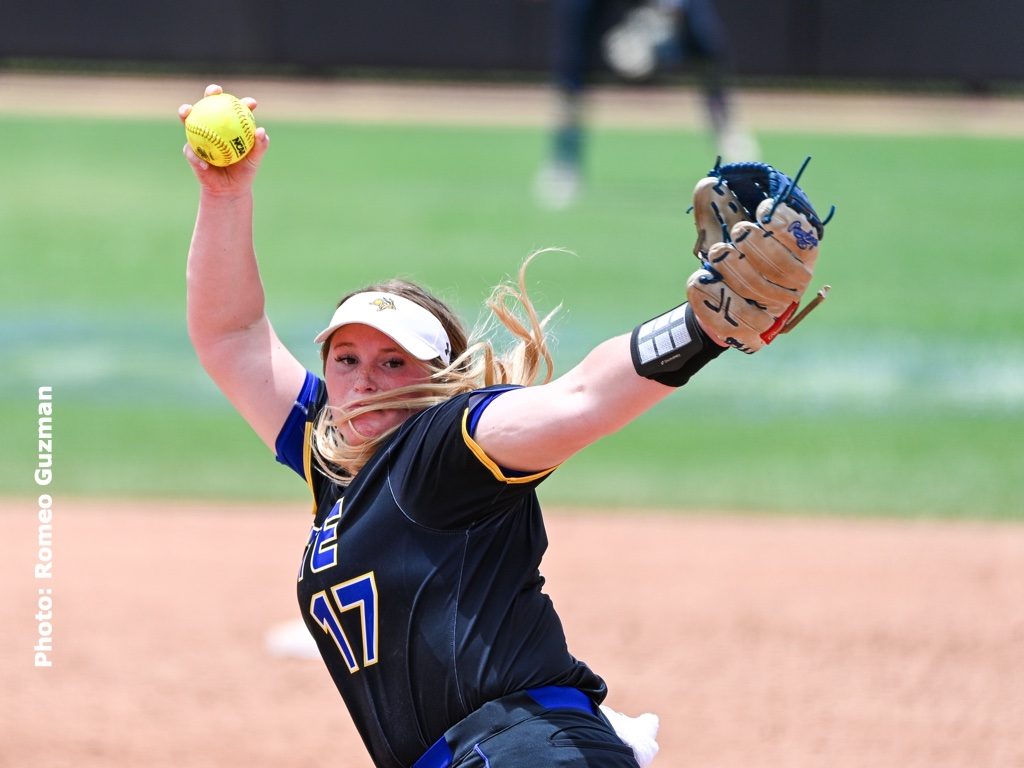 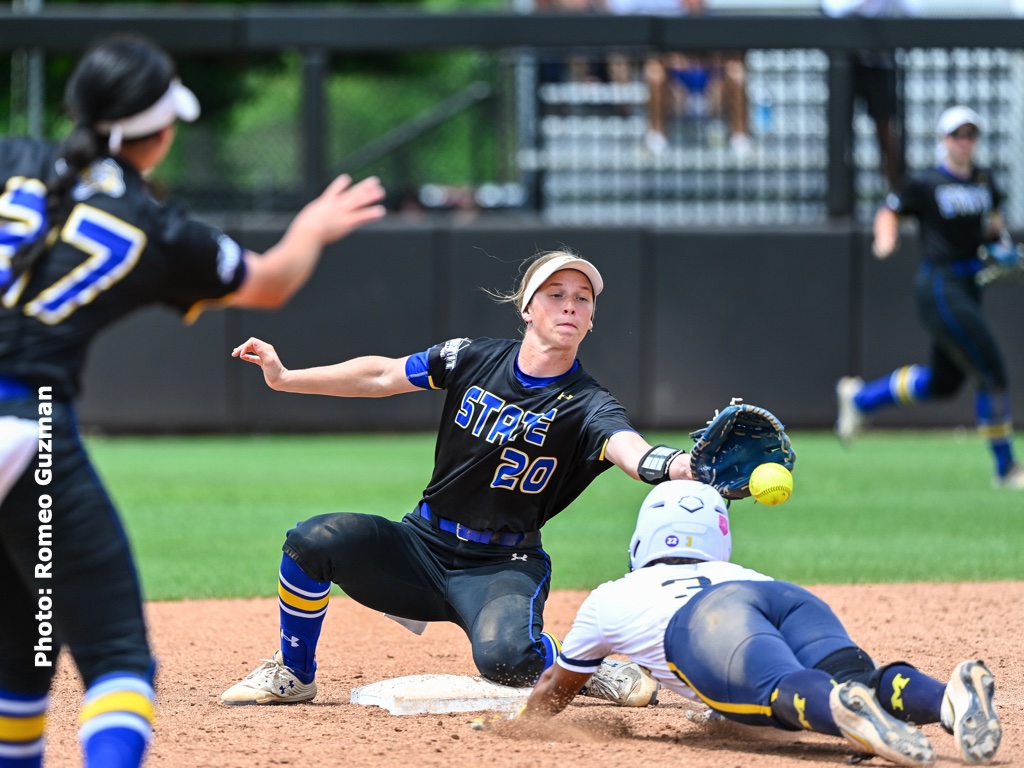 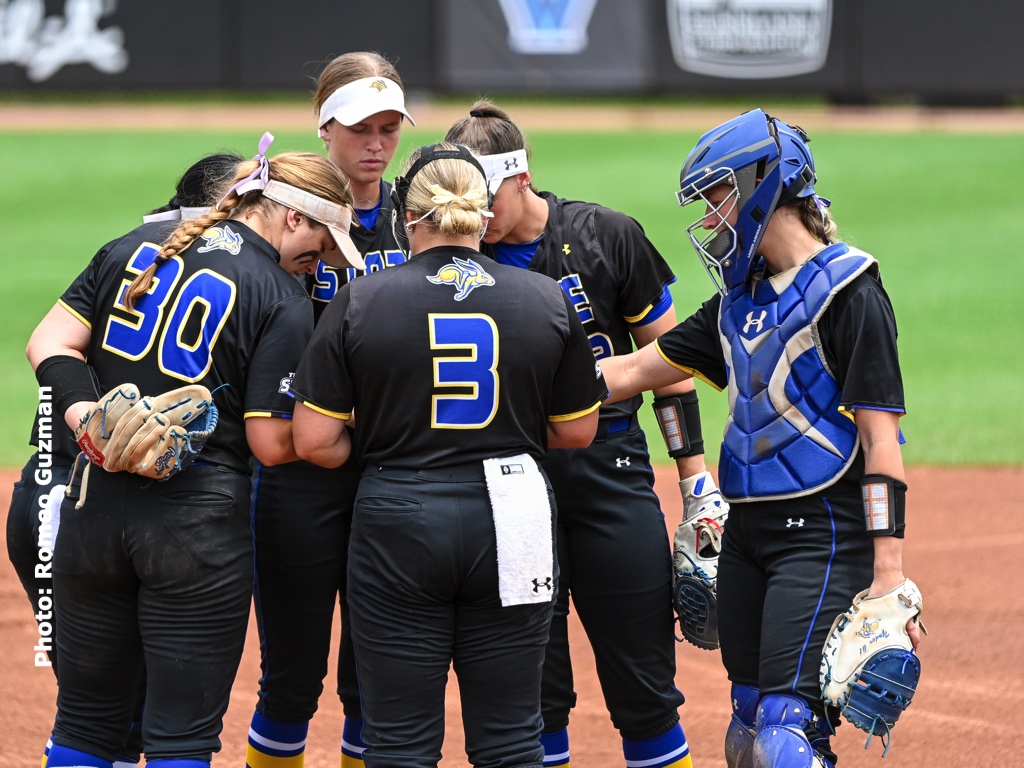 May 22, 2022: Captured in the shot is #20/ Lindsey Culver as she awaits the toss from Rozelyn Carrillo to tag the Wolverines runner at second base. This play occurred during the NCAA’s Orlando Regional Softball Game 5 action between Michigan and South Dakota State. Michigan defeated SDSU (4-1) at the UCF Softball Complex in Orlando, Fl. Romeo T Guzman / SDSU

ORLANDO, Fla. — Michigan pitcher Alex Storako struck out (12) batters and took a shutout into the seventh inning to lead the Wolverines to a (4-1) victory over South Dakota State, ending the Jackrabbits’ season at the NCAA Softball Tournament Sunday afternoon on 5/22, at the UCF Sports Complex.

In defeating SDSU for the second time in the double-elimination regional, Michigan improved to (38-16) and advanced to the championship round against host University of Central Florida (UCF). The Jackrabbits, who were making their second consecutive NCAA appearance, closed out the year with a (41-13) record.

The Wolverines scored an unearned run in the first inning and upped their lead to (4-0) an inning later as Kristina Burkhardt connected for a three-run home run off SDSU starter Grace Glanzer. That would prove to be more than enough run support for Storako, who held SDSU to only one hit — a second-inning single by Rozelyn Carrillo — through the first six innings.

The Jackrabbits again scored in the final frame on a leadoff home run by Cylie Halvorson, but Storako retired the next three hitters to preserve the (4-1) victory. Halvorson’s home run was her 19th of the season, tying her own single-season school record set in 2021.

Glanzer worked the first four innings for the Jackrabbits, taking the loss after walking three and striking out one. The Summit League Pitcher of the Year, she ended the season with a (21-7) record after factoring in the decision in all three of SDSU’s tournament games. Tori Kniesche pitched the final three innings, striking out one and walking one while scattering four hits in not allowing a run.

[Closing Thoughts From California]: The Jackrabbits certainly left their imprint and a blueprint as well on the NCAA D-1 tournament when the ESPN+ cameras were focused front and center on numerous occasions to capture the devoted SDSU fanbase’s ritual of passing the “Rally Carabiner’s Key Chain”  around to all parents who were in attendance. This unique, fun-filled, and yet highly emotional appeal for a game-changing rally did exactly what the creators of this outstanding game participatory act can do to support its team when the going gets tough and games reach the critical moment of rallying successfully or not. Right on to the parents and the players for giving us a new perspective on fan support. Muchas Gracias we say!