SoCal Update: Sports and The Coronavirus (COVID-19) – 60 Days And Counting 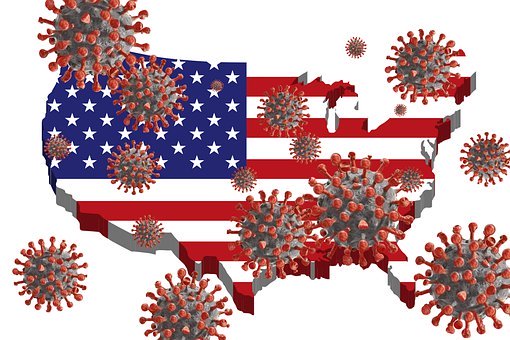 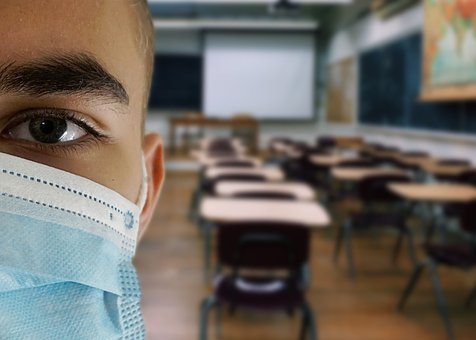 (East Los Angeles, CA)—The Wide World of Sports that we thought we knew, loved, and firmly believed would never, ever disappear from our daily lives, remains semi-paralyzed as we continue our forced march down this global, treacherous, and deadly Coronavirus (COVID-19) trail. We strongly hope and pray that all of our followers and your families are remaining healthy and safe while obeying the current City and County of L.A.’s “Safer At Home” mandate. Glad that we’ve made it thus far without too much controversy or adversity. Let’s keep it going in the right direction and with everyone’s best cooperation, we could hopefully be back to our “normal” and “crazy” sports-loving selves, much sooner than later.

Here’s our update of the major American sports leagues and organizations…from the Pros, Amateurs, the NCAA, the NFHS (High School) “Live Streaming” Network, and other highly mentionables. At this moment in Coronavirus (COVID-19) times, plans are underway to re-open and return, not only to our normal “way of life” here in the City of Angels, SoCal, Cali, and the USA, but additionally, to a slow-moving reemergence of our truly beloved sports world. Let’s briefly size up what’s happening in each category of sports. 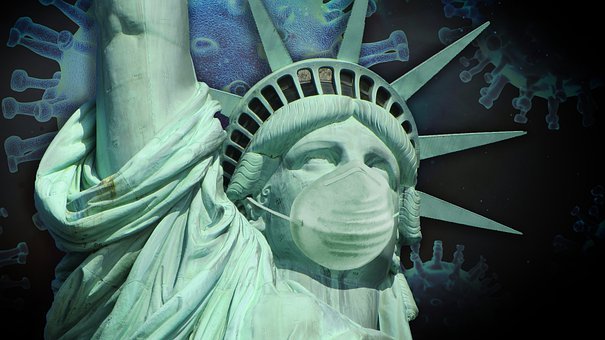 National Basketball Association: 12 (NBA) teams have been given permission to re-open their team training facilities. Fans of the Lakers, with their dynamic duo of Lebron James and Anthony Davis, along with Clippers fans and their “1-2” punch of Kawhi Leonard and Paul George, are quite eager to see some sort of a conclusion to the regular season and then proceed “full force” into the NBA Playoffs, as both were doing extremely well until the virus suspended everything. After a recent meeting with Commissioner, Adam Silver and Team owners, much is still up in the air about the resumption. NBA Players Union President, Chris Paul, recently sent out a survey to the Association’s players and 70% were agreeable to a re-start, while 30% were uncertain. With that said, more and serious discussion lies ahead. But at last, the first signs of NBA life are returning, in spite of this dreadful pandemic.

Major League Baseball: (MLB) has experimented with the idea of having three (10) team divisions who will play on a rotating basis.  And, just recently, the Owners and the MLB Players Union met and could not reach a full accord regarding, the #1 item on the agenda, the profit-splitting percentage, and #2, the specific game-day conditions required to officially start the season. Another proposal that has surfaced included having a West Coast, and an East coast site, to be designated as a Hub which can provide a safe and sheltered Stadium game-environment. No fans would be in attendance. The sites would also serve as a players residential compound to start the new season. Update: Watch for this Tuesday’s newest proposal from the MLB.

For longtime Dodger fans, the arrival of Mookie Betts and David Price to play in Dodger Stadium with all of their new teammates is taking its toll on their patience. On the other hand, the L.A. Angels and their fans are anxiously awaiting to see how new manager, Joe Maddon guides and directs his team. Halos high hopes are still being built around, baseball’s experts proclaimed MVP, Mike Trout, rehabilitated star, Shohei Ohtani, and the newly acquired, World Series Star, Anthony Rendon, 3B. Thankfully, our local Major League pro, Noé Ramirez, a native son from Ramona Gardens/Boyle Heights, an Alhambra HS, and a Cal State Fullerton Titan alum, is once again on the active roster as a relief pitcher. 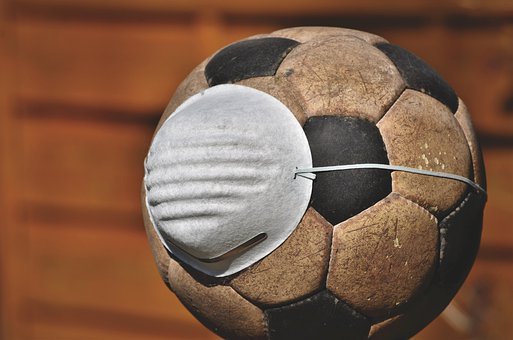 Major League Soccer: (MLS) The Galaxy, with their pending new look after Zlatan Ibrahimovic’s departure and the L.A. Football Club (LAFC), with their huge local and rising star, Carlos Vela, are notifying their players that club training facilities may soon be available to all. Update…the LAFC was the first team to allow small groups of players to start “on-field” and conditioning drills.

Regarding assistance to our communities in these times of COVID-19, LAFC has partnered with Adidas to make face shields for 1st responders and healthcare professionals with the company that helps produce its 3-D printed sneakers. Adidas is offering free access to their premium online workout programs for the next few months to encourage people to stay fit. And, in partnership with Banc Of California, the team is working with Food Finders to provide 300,000 food items and non-perishable items to the most vulnerable neighbors across Southern California.

On the other hand, the Galaxy, in conjunction with MLS Unites, focused on supporting those in need, as all league proceeds from the sales of new cloth face coverings featuring MLS Team and League logos, sold on MLSstore.com benefitted Feeding America. Additionally, Fanatics is donating one face covering for every one purchased. Coverings are available on MLSstore.com and feature all (26) clubs throughout the U.S. and Canada. 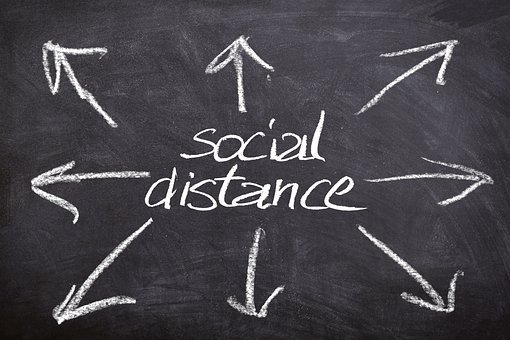 Women’s National Basketball Association: (WNBA) is still hoping that they can begin limited training in their facilities. The Sparks are doing quite a bit of virtual promotions and fundraising with their players who are local residents and/or based here during the season. The usual Team Media Day should have taken place this past weekend, but obviously, it has been put aside until further notice. In the meantime, in a recently issued Press Release, the Sparks just resigned Shooting Guard, Sydney Wiese (Oregon State) through the 2022 season. The team also sponsored a Jr. NBA Youth Leadership Conference last week that featured a variety of NBA and WNBA notables that included, Stephen Curry/Golden State Warriors, Candace Parker/Sparks, Adam Silver/NBA Commissioner, along with Head Coaches, Doc Rivers/Clippers and Rick Carlisle/Mavericks. 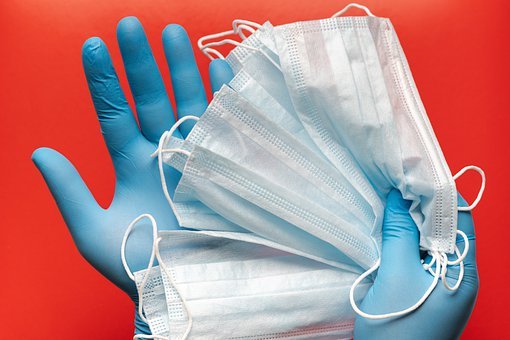 National Hockey League: (NHL) is waiting to restart their season only with the approval of the League’s Team Presidents. At best, the season would be a modified one and would be played in empty arenas. Both Kings and Ducks fans are chomping at the bit to get back inside their arenas and loudly support their teams.

In reviewing the League’s website, it was reported that the “NHL and NHLPA, alongside our clubs, partners and fans, are united in our commitment to support, engage, and inspire the communities where we live and play. Here are some examples of how the Hockey Family is coming together for COVID-19 relief. Contributions by players, owners, and club foundations have reached approximately $15 million in monetary donations. Collectively, over 500,000 Personal Protective Equipment (PPE), including masks, suits, test kits, sanitizer, and gloves have been donated to various hospitals across the United States and Canada. In addition, over 1,000,000 meal and food donations have gone out to families, centers, and healthcare workers.”

National Football League: The (NFL) has returned to the hot, sports spotlight after conducting its recent first “Virtual Draft” ever, followed by the release of its full 2020 schedule. Having done that, its millions of fans worldwide, are strongly hoping that we will somehow turn the tide on this indiscriminate virus by the start of the season. If the decision is made to halt proceedings for 2020, there’s no doubt that they would be the biggest losers of all Professional Leagues. So look for some type of owner’s and players agreement to surface pretty soon, as well as the League’s final decision on playing this season. In our opinion, chances are probably 50/50 that there will be NO Exhibition games if the wide-spreading virus does not slow down at a much faster rate. This may be the biggest sports story of all time that everyone has targeted their senses to be prepared for, so that when all media outlets bring us that notification…“We interrupt our programming to bring you this Special News Report,” we’ll do our best to accept it as a reality. 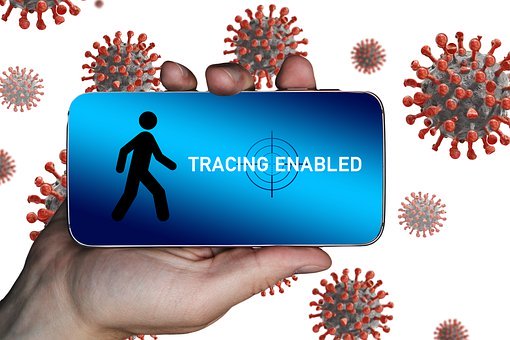 National Collegiate Athletic Assoc. (NCAA) Football: Like many other prominent organizations, they are hopeful that things may return to a “new” normal for the late summer “kick-off” of the 2020 season. Besides the status of the virus, much will depend on how the NCAA seeks to modify and administer all of the new major changes to ensure that all players, game officials, stadium vendors/workers, medical crews, safety officials, students, and fans alike, are not subjected to undue risks and/or irreparable harm to their health.

NFHS/High Schools: As can certainly be imagined, CIF/L.A. City Section/LAUSD High School football in 2020 is under discussion by all parties involved, from the Commissioner’s Office, to School Administrators, to the Head Coaches, and down to the Athletic Directors. The biggest question of course is, will or will there NOT be one?  We’re going to speak with the CIF/L.A. City Section’s, Sports Information Director & Sports Coordinator, Dick Dornan, next Friday, May 22nd at 1 pm, for an “Update” of how all schools may or may not be able to compete in 2020-2021 school year. More details of how our followers will be able to see and/or hear our interview will be forthcoming. 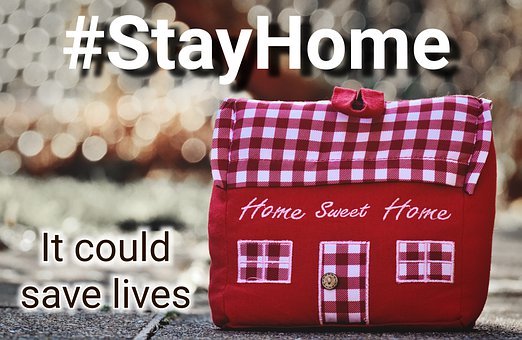 The 146th running of the Kentucky Derby has been moved to September 5th. This year’s running of a “virtual” Kentucky Derby, was held on the first customary Saturday in May. The “odds on” favorite, Secretariat, winner of the 120th Derby defeated Seattle Slew, the winner of the 125th Derby. Churchill Downs recognized the customary first Saturday in May with a “Kentucky Derby at Home” online party, highlighted by a virtual Derby featuring 13 former Triple Crown winners in an effort to raise $2 million for the Coronavirus Relief Fund.

Motor Car & Bike Racing: NASCAR, Formula 1, MotoGP, IndyCar and World Superbike events have been canceled or postponed. The Indianapolis 500 Mile Race has been re-scheduled for Sunday, August 23rd at 10:00 am PST. The highly popular and local IndyCar race, the Acura Grand Prix of Long Beach, was officially canceled this year and won’t be re-scheduled for the 2020 season.

Other popular spectator sports, such as Professional Boxing, WWE, UFC, Golf, and Tennis, have already been competing with small crowds permitted to spectate.

Last but certainly not least, we pause for a huge moment to deeply thank all of the heroic First Responders, whether they be Doctors, Nurses, ER/OR Technicians, EMT staff, Law Enforcement Officers and Firefighters for their countless hours of  hard and tedious work in saving lives as well as protecting them. We also wish to take a moment and thank all of our “Essential” workers from the Grocery Market and large Chain Department stores to our governmental Public Health, Safety, Housing, Sanitation, Transportation, and Maintenance Departments. We also can’t forget our Food Industry organizations such as the Regional Food Bank staffers, small-to-medium-to-large commercial business owners who have donated many PPE and personal care items, restaurant owners for feeding 1st responders and front-line health care staffers, and to those deeply caring citizens and individuals from Greater L.A. City and County Philanthropic entities.

In closing, please feel free to send us your Comments on our Social Media platforms and let us know how you’ve been coping without seeing in-person or having the World of “Live” Sports at your fingertips. We’ll post as many of your comments as possible.