(Boyle Heights/East Los Angeles, CA) September 29, 2021 [From The Editor’s Desk]: The Roosevelt Rough Riders continue to improve with each and every game thus far into the new 2021 season. This was evidenced by another dominant performance over the visiting Huntington Park Spartans, now (3-3) overall, and (1-1) in an Eastern League match-up. With the win, the Riders now move to (5-1) overall, and (2-0) in league play. They play at home this Friday when they welcome the South East Jaguars. Kick-off is set for 7:00 pm.

(Reminder From The Editor): We kindly ask you to subscribe to our You Tube Channel if you haven’t already. Please support us by liking and by sharing this with your social media networks.

(Game Recap): Before the full crowd had found their seats, the Spartans shot out of the gate like a cannonball express when #9 RB/Dominic Coca, ripped off a spectacular 70 yard run off left tackle, got cleanly into the Riders secondary, and it was “see you later,” as he simply outran the safety and “d-backs” for the first TD of the game. It took less than a minute to happen, as the game clock read (11:05).

But, not to be outdone, the Riders got into first gear just as quick and they answered that TD with on a 30 yard “mystery hand-off” from QB/James Cortez, to his own FB/#9/Alex Arroyo who took it to the Riders House, for his first TD. The 2 point conversion was good and the score was now Roosevelt (8), Huntington Park (7). The TD came at the (10:24) mark. Then at the (5:50) mark, Arroyo did it again with a strong run from 9 yards out giving the Riders 14 points. The 2 point try was good adding it up to (16-7).

In the 2nd quarter, the play of the game happened when #2/Julian Quezada broke off an incredible 90 yard run as he followed his blockers to perfection and basically repeated Coca’s earlier long TD run. This gave the Riders a (22-7) lead. And, in memory of the late Rough Riders, Coach Dickie Guillen, his protegés on the “O-Line” are beginning to revel in, and experience the glory that 1)they are helping their running backs pile up tons of rushing yardage, while adding to the total numbers of TDs; 2) increasing those amounts on a weekly basis, helping to secure a string of well-earned victories; and 3) providing the team with a #10 ranking the LACS polls.

Huntington Park would put up another TD at the (5:42) mark of the period when QB/#2/Chris Carrillo hit his big Tight End, #28/Cristian Rodriguez on a down-and-out in the end zone for a 5 yard TD, moving the score to (22-13), Riders. The extra point failed. Then the Rough Riders struck again, but only after a gigantic “set-up” and Special Teams play by #5/Jared Andrade, after he took the ensuing Spartan kick-off at his own 15 yard line and returned it 80 yards down to their 5 yard line.

Then at the (4:50) mark, and from that spot, Arroyo got the call and scampered in for his third TD of the game. James Cortez added two more on a QB sneak over left tackle, moving the score to (30-13). That would end the scoring for the first half.

(2nd Half Recap): The Riders defense continued to stop the Spartans with a tough, stiff, fumble-causing, and hard-hitting defense led by their highly skilled tri-position player, one #10/Carlos Velazquez. He made his presence known from the first to the final quarter, inspiring his teammates to play equally as hard as he does on every snap of the ball. There wasn’t much scoring in the half, other than in the 3rd quarter when Julian Quezada scored his 2nd TD on a “toss left” for a 20 yard rush for the score. Wing/TE Carlos Velazquez was rewarded on the call for the 2 point conversion and he was very successful in taking it in. These 8 points moved the score up to (38-13), where it would remain for the rest of the game.

(Of Significance): Coach Parral and his excellent coaching staff, while leading the team to a greatly-earned L.A. City Section (LACS) “Top 10” ranking, will have to work hard on the Riders in avoiding major penalties at critical game-times, whether they be assessed to the offense or defense. Other than that, the team is gaining more confidence with each game and every passing week.

{Attention All Fans Planning To Attend Friday’s Game}: The Game’s Theme will be “Roosevelt Youth Night” recognizing the Boyle Heights Football & Cheer Youth. FREE Admission will be offered to Wolfpack players wearing their jerseys and to the Cheer team wearing their uniforms. 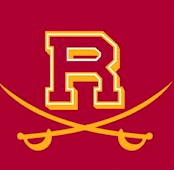