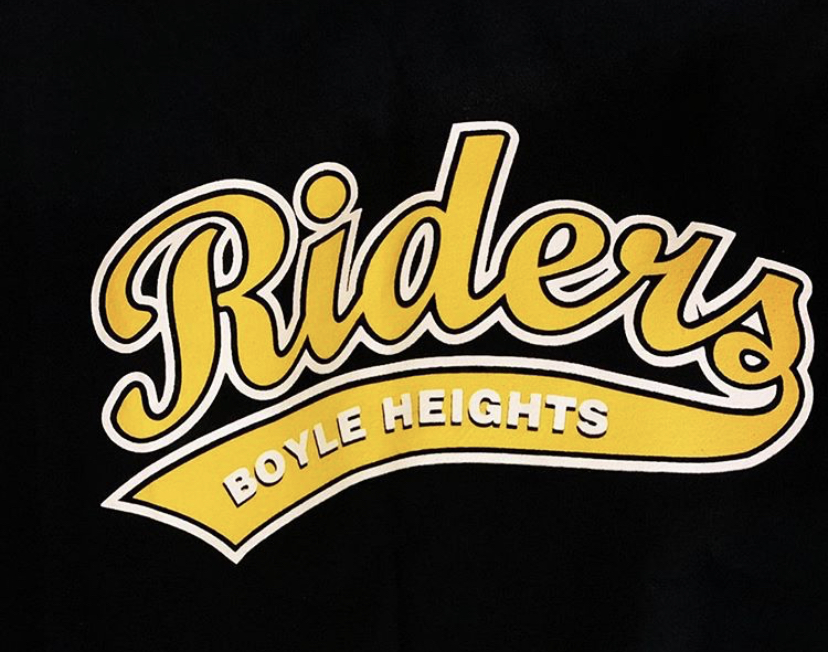 The defending 2020 Division-II, L.A. City Section (LACS) Champions are now under the management and direction of new Head Coach, Manny Medina, since former Head Coach, Mario Perez, decided to retire from the position. The Riders came into the contest with a very good (9-1) overall record, and were declared the Champions of the Eastern League, with their (5-1) record in this COVID-19 Coronavirus shortened, but nonetheless, official season.

Leading the way in this competitive quarterfinal playoff match-up for the Riders was their outstanding All-League and All-City forward, #3/Johnathan “Johnny” Gomez. He poured in (35) points, grabbed 8 rebounds and handed out 4 assists. He was joined in the scoring ranks by #20/Center/Joe Castro, #32/Guard/Jesse Jimenez, #2/Guard/Vicente Zepeda, #22/Guard/Kevin Corona, #11/Guard/Mario Martinez and #42/Forward/Romeo Avila.

Gomez is looking forward to his Senior year as well as a chance to be evaluated for a spot on USA Basketball’s Under 18 (U-18) Team. More on that story will be forthcoming.

We had a chance to gather some remarks from Coach Medina regarding this season and the prospects for the new school year season of 2021-2022. Here’s what he had to say.

“In a season that was originally cancelled due to the pandemic, our Rough Riders basketball team, never gave up hope and kept riding along. It was in late April that the CIF/L.A. City Section, decided to carry on and have a basketball season beginning in early May. To prepare the team for a shortened schedule required the following rules and regulations to comply with and compete by—-multiple COVID tests during the weeks of competition; the shorter time we had for conditioning and practice; and lastly the face mask mandate. I asked the team not to view them as obstacles, but as motivators to balance our physical conditioning with our mental approaches to the game. To our great determination and positive actions, we played well enough to reach the playoffs.”

He went on to add about the Kennedy playoff game that…“for the third year in a row John F. Kennedy and Roosevelt met in the Division II Playoffs. The game was tough and intense. Kennedy survived and earned the win against us.The battle went back-and-forth but Kennedy did outmatch us this night. During the season, our Junior underclassman, “JJ” Gomez, and his fellow seniors, Mario Martinez/#11, Joseph Castro/#20, and Jesse Jimenez/#32 combined forces and led us to an Eastern League Title at (5-1). We finished with an overall record of (9-2) in this severely impacted COVID-19 season.”

He had this to say about his returning Eastern League MVP, and D-2 All-City player, Gomez. “He had a remarkable season contributing in his role as a leader, playmaker, and scorer. He led our team in scoring, assists, and steals. He will continue on next season with his running mates Kevin Corona, Ahmad Criego, Rocky Martinez, Romeo Avila and others in the 2021-2022 season.”

With the great addition of this gymnasium, the Boys & Girls basketball/volleyball programs will certainly be looking to a brighter and more competitive future thanks in large part to this State-of-the-Art and multi-purpose facility. One of the reasons for team improvements may be that more interscholastic and “Holiday-type” tournaments can now be easily scheduled, as there are two regulation courts adjacent to each other. And with a very large-sized parking  lot, access for fans, students, and community members “in-and-out” of the facility will be very easy, secure, and seamless.

We now invite you to watch the game on our YouTube Channel in its entirety and with no interruptions.