(East Los Angeles, CA) September 20, 2021 {From The Editor’s Desk}: Greetings to all Rams fans as we move week-by-week into the new 2021 season. Although it remains moderately impacted by the dreaded COVID pandemic, things are beginning to look normal once again. Having said that, we wanted to bring your attention to a piece we did while covering the Rams Training Camp that took place back in late July and early August. But, before we give you the details of our production, we would like to inform you that the Rams are off to a nice (2-0) start. They will face-off with current Super Bowl Champs, the Tampa Bay Bucs on Sunday.

Our piece consists of our joint interview with Rams Legends, #3/Frank Corral and #60/Dennis Harrah. The date of our interview coincided with the Rams Special Salute to our Latino community on this particular themed “Vamos Rams Day” training camp. Present were members of the Vamos Rams Fan Club, a performance was given by the Mariachi Rams, and then there was the Legends Tent, where all fans were able to meet, greet, and obtain autographs from both of these Rams Legends.

First up, we present Frank, a Mexican-American, who was a highly valued Rams Punter-Placekicker. He was a member of the Rams from 1978-1981 and holds a unique role in NFL player history. He was the last player to have played both punter and placekicker in a regular season, before NFL teams decided on having separate position players take over. He was also a member of the 1980 Rams Super Bowl XIV team (vs. Pittsburgh Steelers at the RoseBowl), was named to the All-Pro Team, and was selected to play in the 1978 Pro-Bowl. 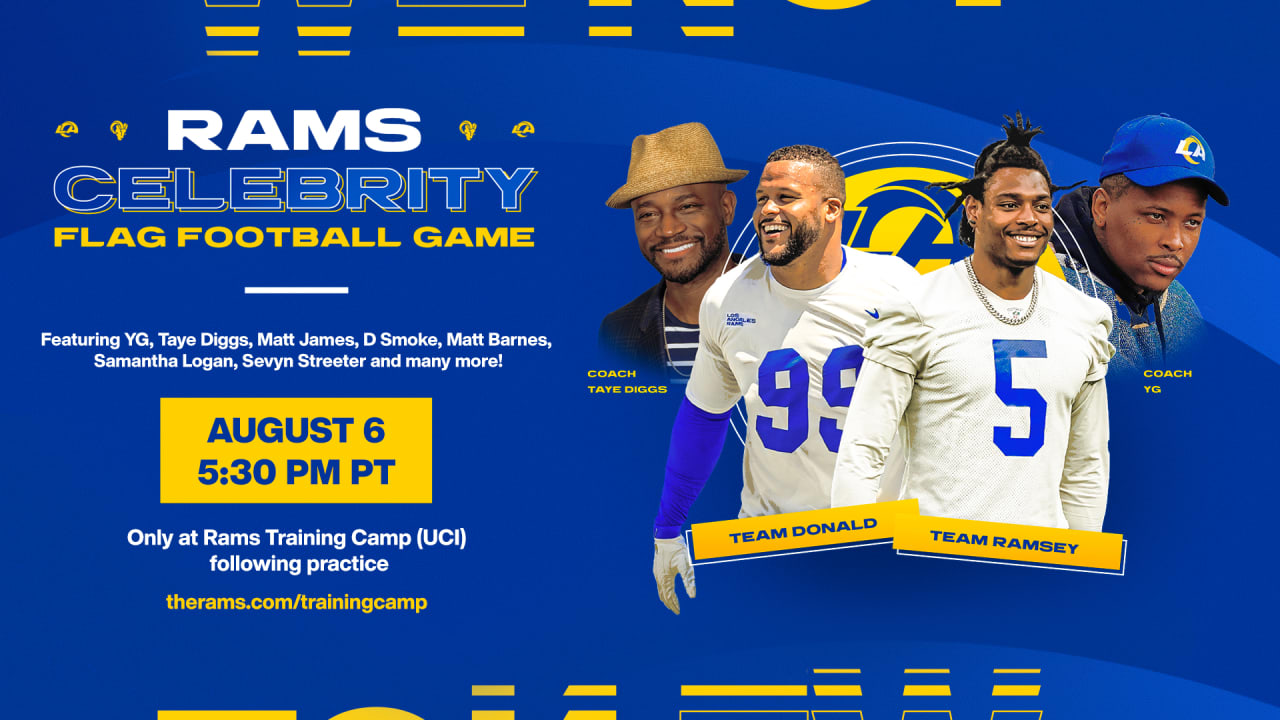 To close out our special production, you will be able to see highlights of the first-half of the inaugural L.A. Rams Celebrity 11 x 11 Flag Football game. It was promoted as a game between Team Jalen Ramsey #5, in White uniforms, and Team Aaron Donald #99 wearing Blue uniforms.

Fans were invited to see this FREE event that took place about a half-hour after the completion of practice, on Friday, August 6th. Photo opportunities were also provided to the fans who came out to root for their favorite celebrity. The teams were coached by movie actor, Taye Diggs (Team Donald), and Rapper YG (Team Ramsey).

All in all, our first credentialed Rams Training Camp was a great experience for our production teams to see up close and personal, the NFL team representing our City of the Angels and our community of East L.A. Very soon, we look forward to covering the team at a few of their home games at the famous So-Fi Stadium.

(ALERT FROM THE COMMUNITY SPORTS DESK} We are announcing that our very own Rams Legend, Frank Corral’s will be appearing at Roosevelt High School  this Tuesday, 9/21, when he and Johnathan Franklin, Director of Social Justice & Football Development, will speak at a school assembly for the football team and other student-athletes, on career planning, character development, and highlight the transferrable life skills gained through teamwork. After the discussion, the football team will be sized and provided cleats/shoes previously worn by Rams players. This initiative, which started in 2017, is known as “Cleats For Character,” and falls under the Rams’ growing community outreach program. Over the past four years, the Rams have impacted more than (2,500) student-athletes from over (120) different schools. To date, they have donated (600) cleats to (32) different schools throughout the Los Angeles region. 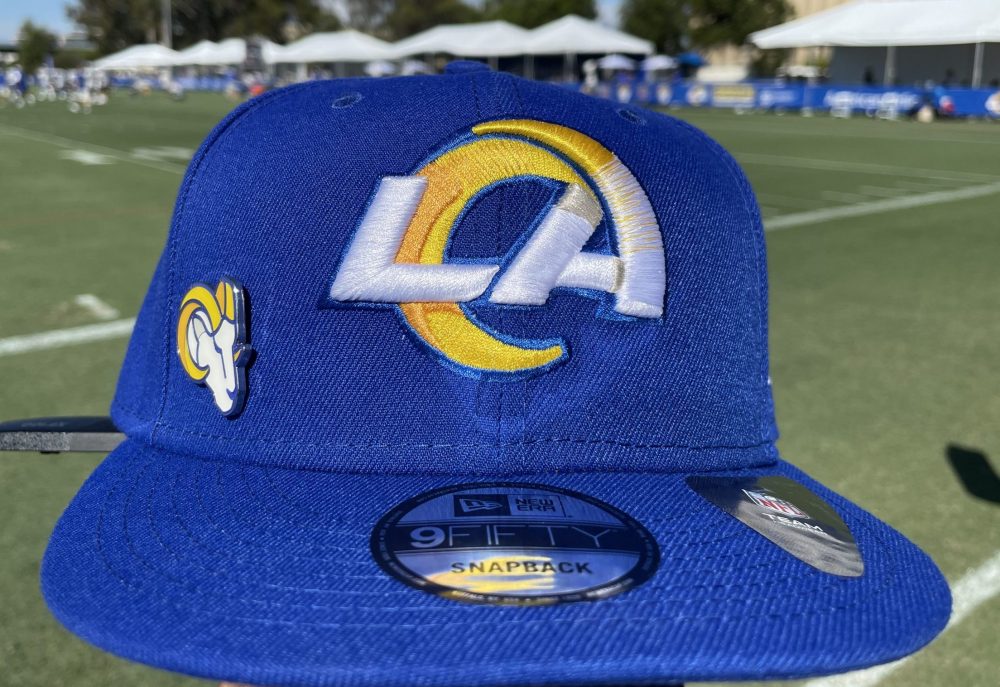