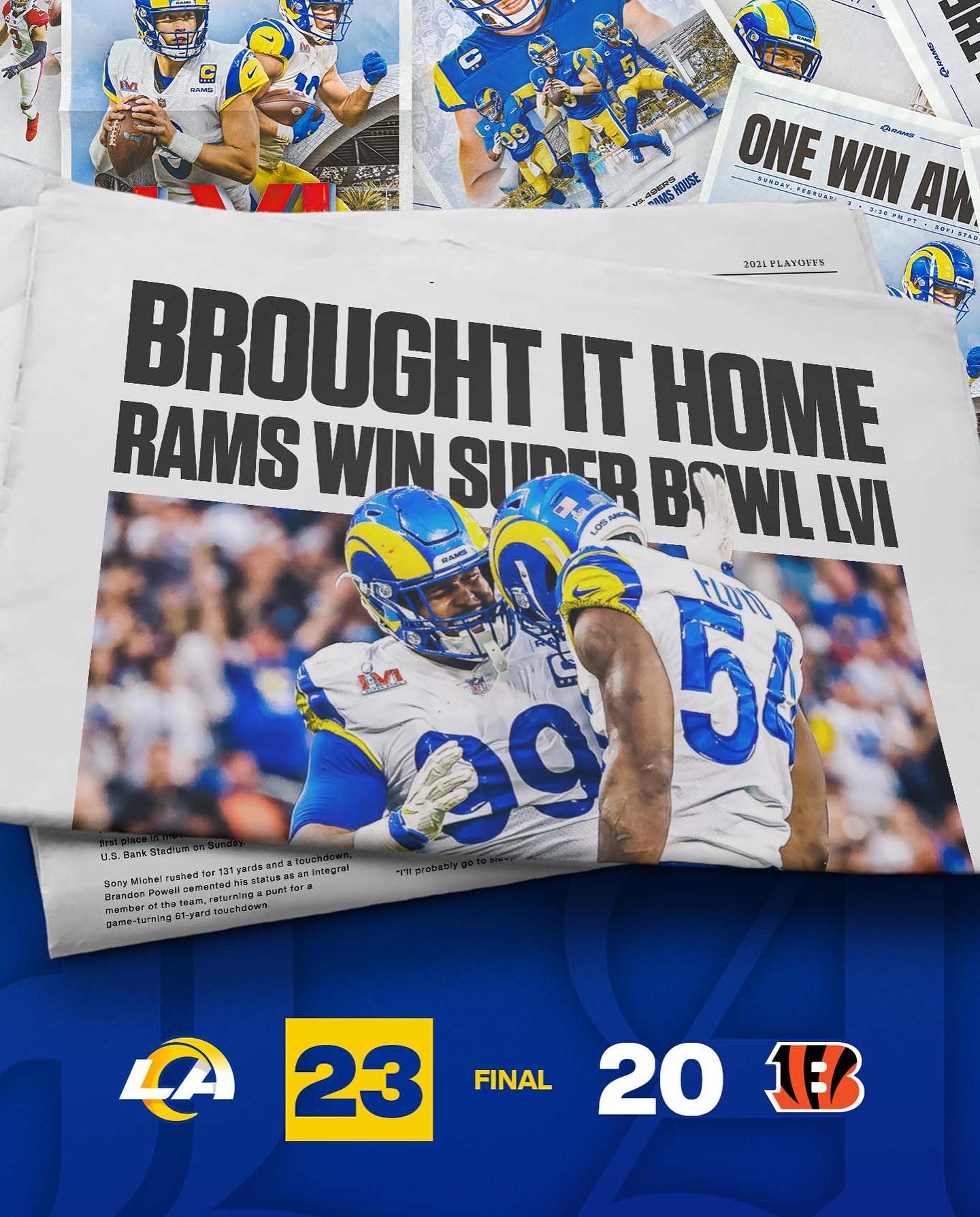 (East Los Angeles, CA) June 23, 2022 [From The Editor’s Desk]: The Los Angeles Rams are proud and thrilled to have this excellent outreach opportunity of sharing their SuperBowl LVI Vince Lombardi Trophy (VLT) in the International Home Marketing Area (IHMA) program with México that was started last January. Winning the Super Bowl in 2022 and the subsequent public showcasing of the highly coveted VLT has certainly brought more attention to the growing number of Rams fans located all over our southern neighbor’s borders. We have a very important Rams Communication Department press announcement to share with all of our Rams followers, that breaks down how the VLT tour has been programmed in México from now through the end of the month.

Following the Los Angeles Rams historic 2021 season that concluded with a Super Bowl LVI victory at SoFi Stadium, the team is bringing its Vince Lombardi Trophy tour to Mexico. As part of the tour, the Vince Lombardi Trophy is traveling more than 2,000 miles throughout Southern California and Mexico.

Locations for the tour stops in Mexico City will include Santa Fe on June 25th from 12 – 6 p.m. CDT, Perisur on June 26th from 11 a.m. – 5 p.m. CDT, the U.S. Embassy, and the Universidad Nacional Autónoma de México (UNAM), for an initiative with the school’s adult football team. The Vince Lombardi Trophy also will appear at Andares on June 29th from 12:30 – 6 p.m. CDT and then at a youth football event in Guadalajara. Finally, the Vince Lombardi Trophy will stop at District MX on June 30th from 7:00pm – 8:30 p.m. MDT, and at Centros Escolar Picacho in Los Cabos.

In January, the Rams were granted access to Mexico as one of its four International Home Marketing Areas (IHMA). As part of the new program, the Rams are engaging fans in Mexico through a variety of ways to build on shared traditions as part of a long-term, strategic effort to drive NFL fan growth internationally. Since the program kicked off, the Rams have engaged fans in Mexico with a Super Bowl Sweepstakes, Rams Pick’em, and the Rams’ Digital Lotería.

The Rams have a long history with Mexico, accentuated in 2018 when they prepared to host a game in Mexico City and engaged with the local community, civic partners, and fans there.  The various connections between Mexico and Los Angeles across culture, geographic proximity, and tourism are infused through Rams gamedays, content and fan engagement efforts such as: the Vamos Rams platform; Spanish language content including game broadcasts on ESPN Deportes; and the NFL’s only Mariachi band (Mariachi Rams). In addition to the existing Vamos Rams channels on Twitter (@VamosRams) and therams.com, Rams fans in Mexico also can visit the team’s @VamosRams account on Instagram, Twitter and Facebook for curated content throughout the year.    — RAMS–