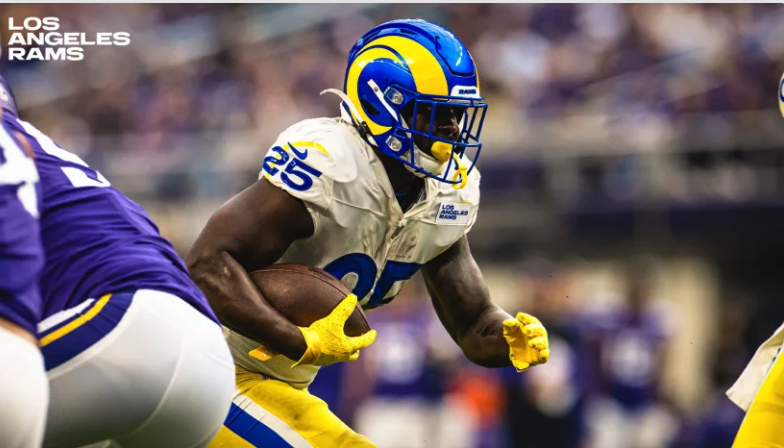 Rams Running Back, #25/Sony Michel has given the team an extremely huge lift and a more confident look with his consistent and powerful rushing skills over the last four games. He is hoping to repeat his game-changing performances on Sunday in this clash with the Baltimore Ravens. The Rams have clinched a playoff spot. (Photo Credits): Los Angeles Rams

(East Los Angeles, CA) December 29, 2021 [From The Editor’s Desk]: With the saying of, “All Eyes on the Prize” coupled with an increasingly confident winning attitude, the Rams, now with their outstanding (11-4) record, winners of four straight, and 1st in NFC West, have nearly completed their week of preparations for their trip back East in their Week #17 encounter. They will take on the Baltimore Ravens, led by the much-anticipated return of their exceptional quarterback, Lamar Jackson, who suffered a right ankle injury in Week #14 against the Cleveland Browns. 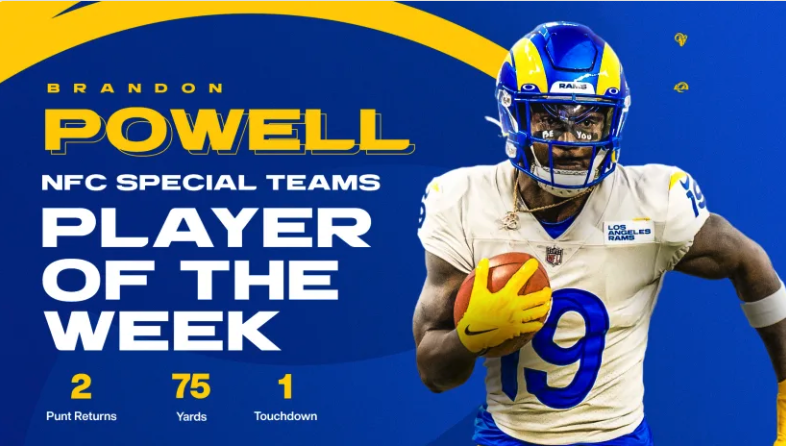 For the Ravens, currently at (8-7) and 2nd place in the AFC North, this is the scenario that it all boils down for them–WIN or probably call it a day. Although in playoff talk they are “On the Bubble” they are not yet “Playoff Bound” at this late point in the season. So, as all Rams fans should know, this is what’s at stake, and at the top of the Ravens minds for this East meets West great NFL match-up.

And, by adding another East Coast road win to their credit, the Rams would greatly enhance their position to finish, this still treacherous and COVID engulfed season, as the NFC West’s top team. Winning out will secure that result. But, the Rams know that Head Coach Sean McVay always takes these games one-at-a-time. 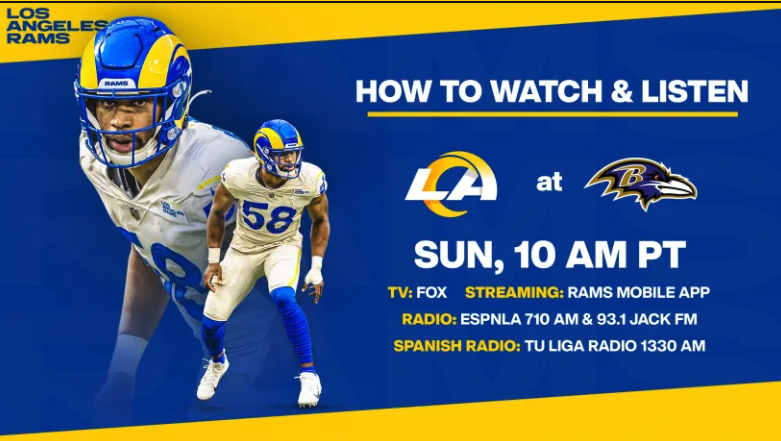 Take a good look above at how all local NFL and Rams fans can watch and listen to the game this Sunday, 1/2/22. The Rams final regular season game will be played on 1/9/22 vs. the San Francisco 49ers at SoFi Stadium. To see all available tickets for that game and any subsequent playoff games, click here