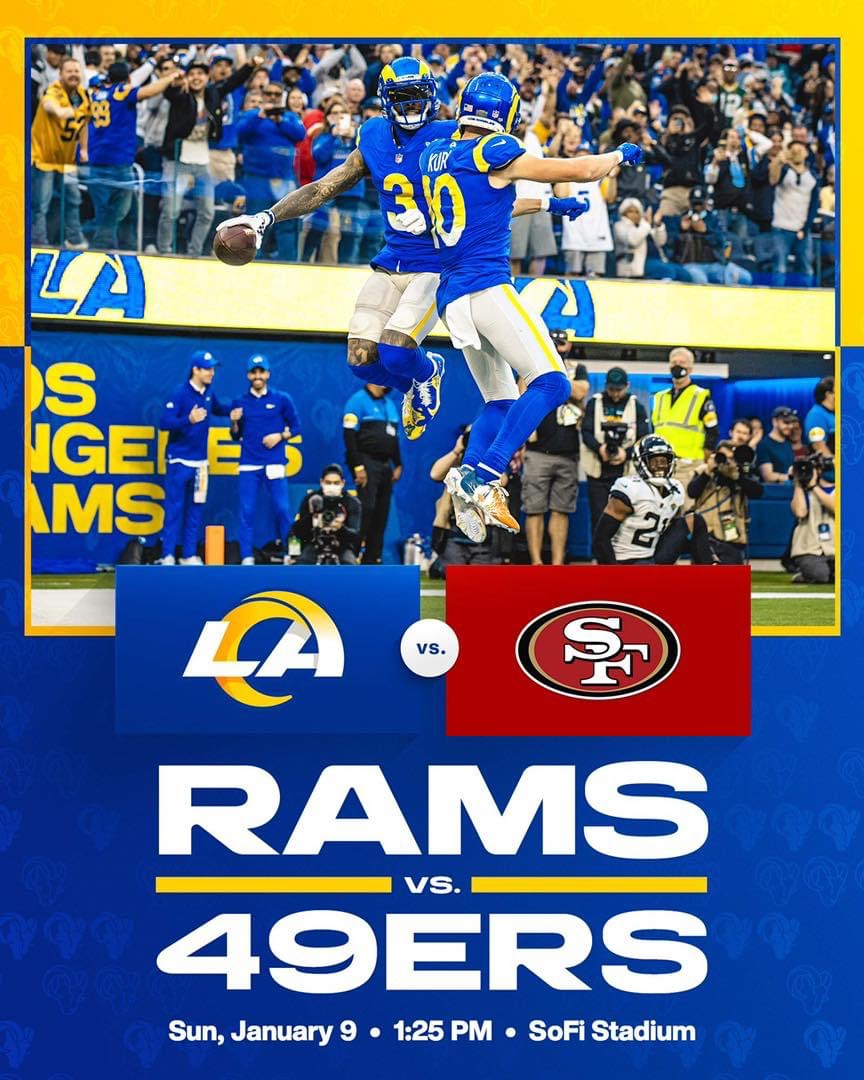 (East Los Angeles, CA) January 7, 2021 [From The Editor’s Desk]: As we start the ball rolling in the start of this brand new year of 2022, there is more great community news coming from the Rams Corporate Communications Department in the form of the team’s ongoing Inspire Change program. For our Chicano, Mexicano, and Latino communities in East L.A. and Beyond, we ask you to read all about it below in this official press announcement. It will impact the youth not only from our communities, but for all of Southern California. 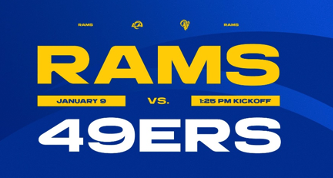 Gameday Health and Safety Protocols provided by CA Department of Public Health for Mega Events are available at www.therams.com/gameday

The Los Angeles Rams will host the San Francisco 49ers for the Inspire Change game on Sunday, January 9 at 1:25 p.m. PT at SoFi Stadium. The regular season finale will be broadcast on FOX as well as on radio in English on ESPN LA 710 AM and 93.1 JACK FM and in Spanish on Tu Liga 1330 AM. Fans in attendance can receive a Rams rally towel upon entry, while supplies last.

[Overview]: The Los Angeles Rams Inspire Change efforts aim to create solutions that address community barriers and highlight stories and moments in Rams’ history that have inspired change on and off the field. Launched in 2019, Inspire Change is a league-wide platform that focuses on reducing barriers to opportunity and creating progress in education, economic advancement, community and police relations, and criminal justice reform. Throughout the year and as part of Inspire Change, the Rams will recognize individuals that are doing critical work to create positive change in their communities.

To celebrate the Rams signing of Kenny Washington, who broke the NFL’s color barrier in 1946, the Rams are creating a “Kenny Washington Memorial Scholarship” that will provide up to four years of financial support for students for students from lower resourced communities who are among the first in their families to pursue a postsecondary education. The scholarship will be offered along with advisement support from Fulfillment Fund (FF), a partner of the Los Angeles Rams. Proceeds from the 50/50 raffle at the Rams’ Inspire Change game against the San Francisco 49ers on Sunday, Jan. 9 will help fund the scholarships for the 13 students.

All scholarship recipients will be provided with guidance and support from Fulfillment Fund and will be selected for their embodiment of Kenny Washington’s core values: perseverance in the face of adversity, dedication to their goals and the Los Angeles community, fortitude through breaking barriers, and inspiring others around them to make a difference.

Funded by the Rams Foundation, students who are accepted to a four-year college or enrolled in an accredited baccalaureate degree granting program will receive $5,000 per year for up to four years. Scholarship recipients that are accepted to and enroll in an accredited community college will receive $2,000 per year for up to two years. Students may be eligible to receive additional financial support upon successful transfer to a four-year college.

As part of the Rams Inspire Change efforts, the team is launching a “pLAymakers” program that will recognize (13) Angelenos each year for their efforts to fight injustice and pioneer with purpose in their communities. Each month, a “pLAymaker” will be selected for their work and impact on the Los Angeles community, which will be showcased on the Rams website and on the team’s social channels. All 13 pLAymakers also will receive a financial grant to support their community work and will be recognized on the field at SoFi Stadium during a Rams home game each year.

On Thursday, January 6th, the Rams and Pepsi teamed up to purchase meals for people who visited The Serving Spoon in Inglewood between 10 AM and 2 PM as part of Pepsi’s Dig In program designed to support Black-owned restaurants and the people behind them.

The Rams are integrating Inspire Change into gameday on Jan. 9th against the San Francisco 49ers. During the game, the team will honor Kenny Washington and Woody Strode, the two men who broke the color barrier in the NFL 75 years ago when they signed with the Rams.  Members of the Washington and Strode families will be in attendance and recognized on-field. Players and coaches also will don “KW” decals on helmets and sideline gear during the game. Our 50/50 raffle proceeds for our Jan 9. game against the 49ers will support the 13 scholarships.

Social media sensation and singer KEEDRON BRYANT will perform the National Anthem prior to kickoff. Recently signing with Warner Records, Bryant drew national attention for his song “I Just Wanna Live” that released in 2020 and garnered more than 4 million views on Instagram in less than a month. Among those touched by his song and message were President Barack Obama, LeBron James, and Will Smith. Bryant first went viral in 2018 with a rendition of the gospel staple “Brand New Life” and has performed on The Ellen DeGeneres Show.

The UNITED STATES COAST GUARD will present the Colors of our Nation.

Performing artist, songwriter, and producer STIX will perform with Keedron Bryant on the field during halftime. Inspire Change banner messages also will be unfurled on the field during the performance. Holding a field banner that reads “KW Inspire Change” will be Executive Director Anti-Recidivism Coalition, Sam Lewis, CEO of Heart of Los Angeles, Tony Brown and Executive Director of City Year Los Angeles, Sandra Cano.

Born and raised in Watts, Stix has been involved in the music industry for 16 years as a performing artist, producer, and songwriter. During halftime on Sunday, Stix will perform his original song “It Takes All Of Us” which was made in collaboration with the Rams during the 2020. Stix and the Rams also collaborated on a spoken word poem “The Time is Now” that was read by Rams players and debuted during the opening game at SoFi Stadium. Beyond his music, Stix is heavily involved in giving back to his community through his Think Watts Foundation.

The Rams will recognize the head coach for the California School for the Deaf-Riverside, KEITH ADAMS, as the team’s Don Shula High School Coach of the Year in the third quarter. Adams’ family will be in attendance for Keith’s recognition and will enjoy the game with Rams Legends in the alumni suite.

Adams led his team to a (12-1) season and their first winning record in a decade before competing in a state championship for the first time in school history. As the Rams’ Don Shula Coach of the year honoree, the Rams will provide Adams with a financial donation to support his football program as well as transportation, a hotel room, and tickets to this year’s Pro Bowl in Las Vegas.

The Rams will honor Army Captains ASHLEY and JUSTIN ROBERTSON on the field during the first quarter. Ashley and Justin have a combined 27 years of military experience and met seven years ago during their time at the Army Medical Department Basic Officer Leader Course in Fort Sam – Houston, Texas. Ashley served as a Nurse Corps Officer in the Army and deployed to Iraq in 2018 where she provided emergency medical care as part of Task Force Med 47. Justin enlisted in the military in 2002 as an infantryman before commissioning as a Medical Service Officer. Throughout his service, Justin has deployed to Iraq for Operation Iraqi Freedom in 2003-04 and again in 2006-07 when he earned a Purple Heart after sustaining a gunshot wound in the field. In 2012, he deployed to Afghanistan for Operation Enduring Freedom.

In 2020, the military veterans moved to Fort Irwin, CA, where Ashley serves as a Clinical Nurse Officer in charge of the Medical Surgical Ward and Post Anesthesia Care Unit. Justin currently serves as the commander of the National Training Center Headquarters.

To ensure a safe and enjoyable experience for all guests, details for what fans may expect include:

The California Department of Public Health’s new guidelines on COVID-19 testing for guests at mega events required all guests 5 and older to provide proof of full vaccination, a negative antigen test within 24 hours of the event, or a negative PCR test within 48 hours of the game for entry at SoFi Stadium. COVID testing will be available on-site at SoFi Stadium for Sunday’s game near Entry 5 and Entry 9 starting at 9:00 a.m. PT. Face coverings will be required at all times, except when actively eating and drinking, regardless of vaccination status.

(Please note: Current protocols are subject to change based on local and national COVID-19 guidelines.) 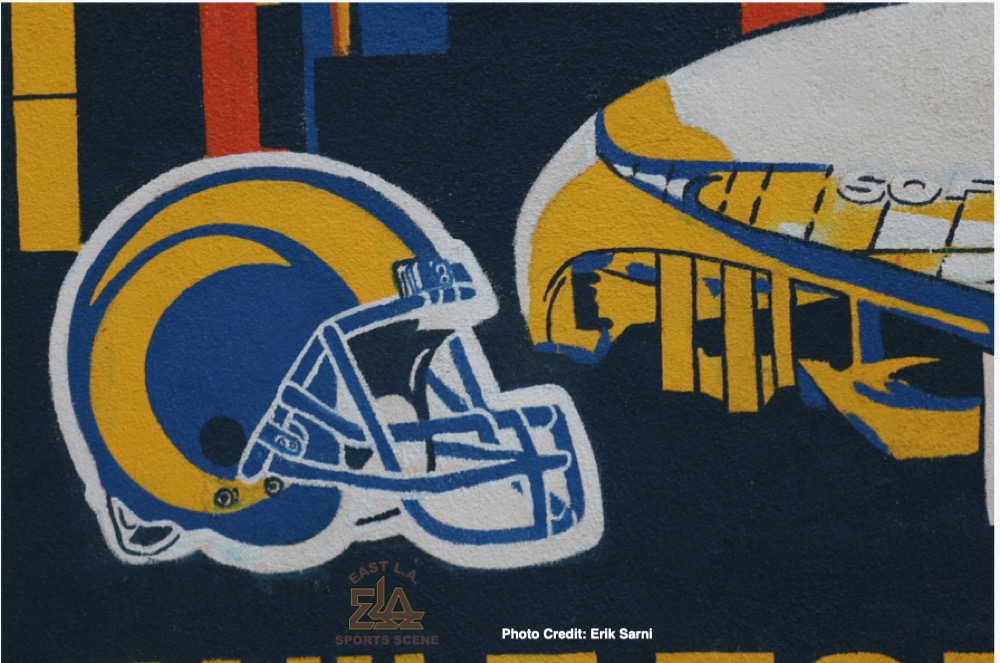