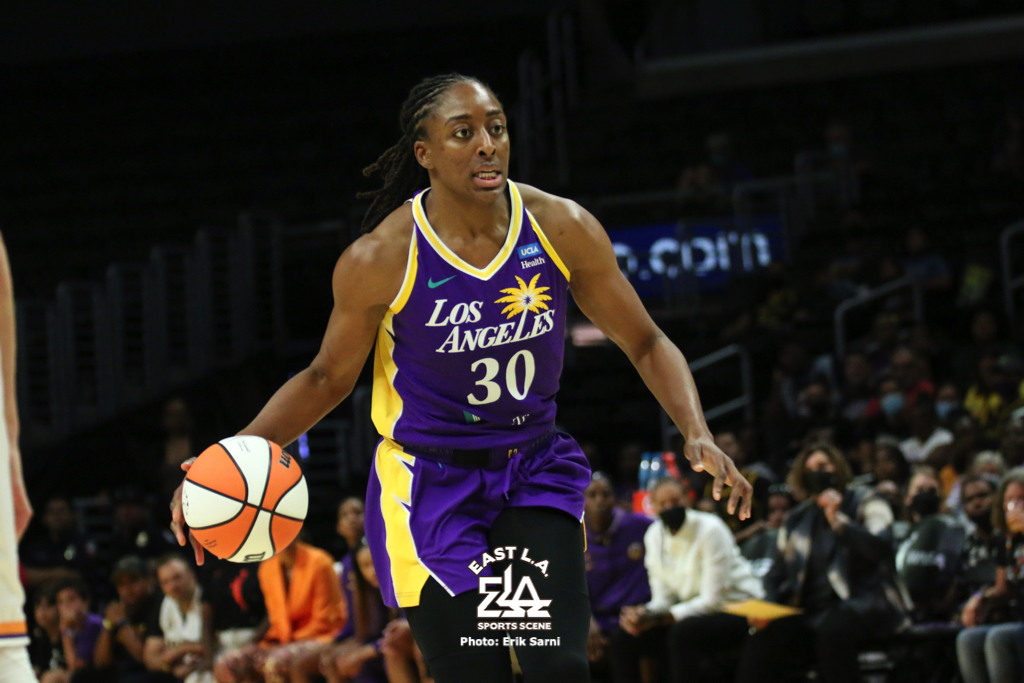 (East Los Angeles, CA) [From The Editor’s Desk]: Although the WNBA Finals are underway, with the Las Vegas Aces leading the Connecticut Sun, 2 games to 1, the Los Angeles Sparks can finally call it a season now that its Mega-Star, #30 Nneka Ogwumike has earned herself yet another WNBA Award meritorious of her play during the 2022 season. The Association made its announcement recently, and the Sparks Communications Department has issued the following press announcement to all outlets who covered the team this year.

Ogwumike’s player resumé shows her to be a 7 x All-Star, a WNBA Champion (2016), the WNBA’s MVP (2016), the WNBA Rookie of the Year (2012), and FIBA’s World Cup Gold Medalist in 2014 & 2018 as a member of the USA Basketball Senior Women’s National team, She is certainly a player who leads not only her Sparks teammates by her example, competitiveness, courage, and confidence, but so many other players who voted for her to become their President of the WNBA Players Association in 2016. She was re-elected to a new three-year term in 2019. Ogwumike has become one of the most highly respected, and admired veteran players in the WNBA, as well as a huge role model and fan favorite wherever, and whenever she travels. L.A. Sparks and WNBA fans all over the world are hoping to see her with an even better 2023 season! 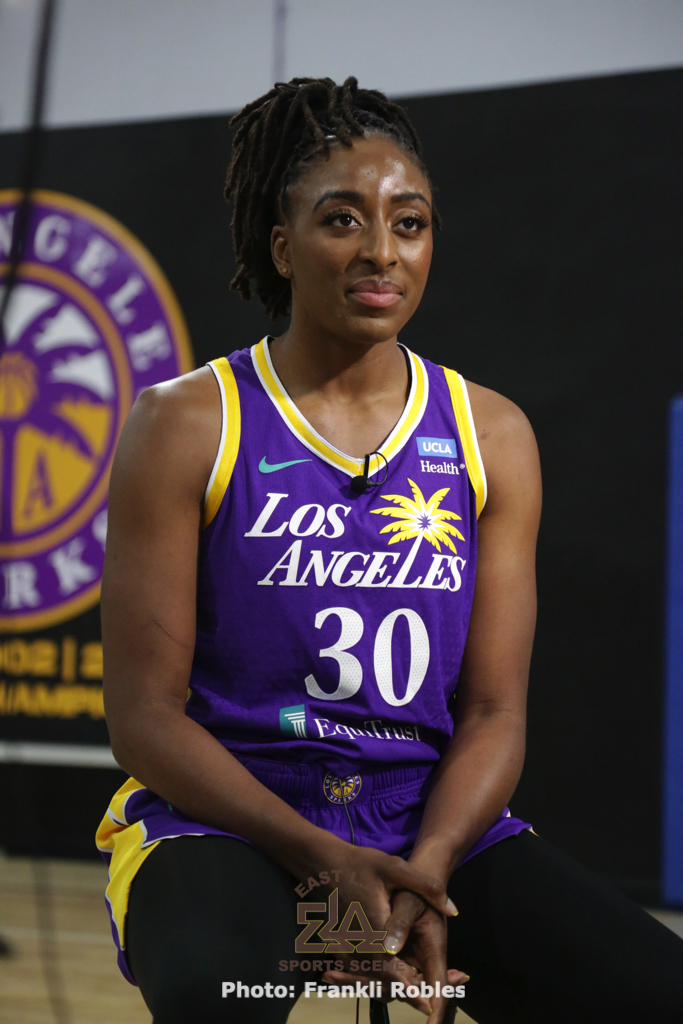 In one of the most efficient seasons of her career, Ogwumike started and appeared in 34 games, averaging 34.1 minutes per game. She scored in double-figures in 33/34 games and scored 20 plus points 12 times. Ogwumike reached the 30-point mark twice throughout the season, scoring 30 points against the Indiana Fever on May 27 and 35 against the Fever on July 19. She was named Western Conference Player of the Week for games played June 20-26, her 13th career Player of the Week recognition.

On July 1, Ogwumike scored 21 points against the Dallas Wings to help the Sparks become the first WNBA franchise to reach 500 regular season wins. The 2016 WNBA champion and MVP was recently inducted into the Stanford Athletics Hall of Fame.