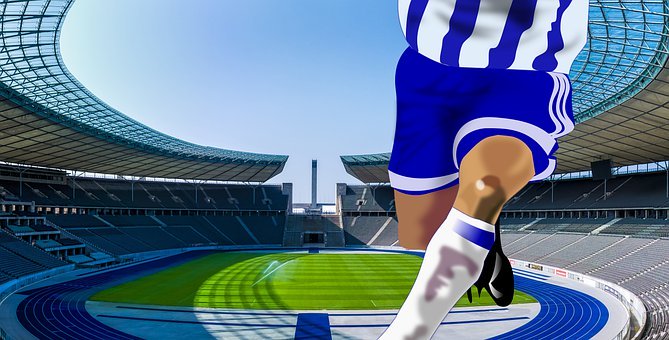 (East Los Angeles, CA)—Greetings once again to ALL of our loyal and supportive followers. At this time, we sincerely and greatly apologize for the lack of fresh, new content to provide you with. We feel that you totally understand that these extraordinary times that we are now experiencing in our country are due to two of the most dangerous pandemic diseases ever confronted at the exact same time in our American History—COVID-19 and racial inequality.

After (90) days of the “Safer At Home” policy due to the Coronavirus, some (24) days since the tragic and senseless death of George Floyd on Memorial Day, 5/25, in Minneapolis, followed by (6) days of civil unrest, then subsequently (23) consecutive days of peaceful, local Black Lives Matter (BLM) protests occurring not only here in the City and County of Los Angeles, but in other American and International cities as well, the future is still very uncertain. We ask that all who make the decision to protest do so wisely, safely, and stay within our First Amendment rights to demonstrate. At the same time, we continue to battle the dreaded Coronavirus that has caused a tremendous amount of death, suffering, and health-care doubts among our entire citizenry. In both our City and County, the numbers have not yet flattened the curve. Statistics are changing each day, thereby causing all of us to closely monitor our daily activities as the re-opening of retail businesses continues. We must strongly continue with the basic guidelines of washing our hands, wearing masks when appropriate, and keeping the safe distancing requirements from others while outdoors, and now indoors, depending on your precise circumstances.

Although sports has always been a unifying and expressive element of our lives, at least up to this point, it has never been swept up and then set aside such as in extraordinary times like these. In short, Life as we now know it, does NOT stop. Sports as we totally know it, DOES stop, and will not return to its normalcy until the pandemics are ended by timely vaccines or antidotes and urgent, but innovative, watchful, and swift judicial reforms, respectively.

Therefore, with that said and duly noted, we’ll try to offer you just a brief insight on the most important updates that our local Los Angeles and Southern California-based Professional, Collegiate, and High School sports teams and other organizations are facing at this time.

PROFESSIONAL – NFL: Rams and Chargers are hoping that their seasons will officially start as indicated by their published schedules. Loyal fans of both teams can hardly await their opportunity to enter the newest “Wonder of the Sports World” – SoFi Stadium, located in Inglewood, CA. Taking Notes: Expect changes in the owners’ attitude to sign formerly banished QB/Colin Kaepernick to a contract very soon, after being encouraged to do so by Commissioner, Bob Goodell. Players will also be allowed to take a knee in protest during the national anthem. Talk is also surfacing that the season could possibly be postponed, canceled, or drastically modified.

NBA: The Lakers and Clippers are heading to the re-start of their season in Orlando, FL. on July 30th at DisneyWorld. However, some NBA players, in agreement with the reasoning of National Basketball Players Association, President, Chris Paul to wait out the remainder of the season

so as not to conflict with the Black Lives Matter movement, have now objected to resuming play, claiming that they are strongly concerned about the dual pandemic and its ongoing unpredictable momentum. It now appears that a final decision has been made with (22) teams re-assembling to play (8) Conference games, immediately followed by the Playoffs.

WNBA: All Team Owners and Players have agreed to salvage their season. Details just released are declaring that the 2020 season will start in great similarity to the NBA’s, with all teams playing in one central location. The new season would begin in late July and include (22) regular games and a traditional playoff format. All games would take place without spectators at the IMG Sports Academy, in Bradenton, FL. The players from all (12) WNBA teams would also live and train at the facility, arriving for training camp in early July and starting games near the end of the month.

MLB: Their season is now being threatened with a possible cancellation due to the ongoing labor strife between the owners and the players. MLB offered the players a pro-rated pay proposal yesterday. In addition, Dr. Anthony Fauci has advised against playing into October due to the high risk of COVID-19 outbreaks occurring in colder weather conditions. The Dodgers and Angels have been allowed to start team workouts at their stadiums. On starting the season, this quote by Angels Superstar, Mike Trout, has been echoed by many players, “Tell us when and where!!”

MLS: Galaxy and LAFC have brought their teams together for limited workouts at their respective training facilities. Finally, on their re-start plan, the League is planning to hold its “MLS is Back” Tournament at ESPN’s Wide World of Sports Complex at the Walt Disney World Resort, beginning on July 8th and running through August 11th. All (26) teams will play in Orlando, FL. but with NO fans in attendance.

NHL: Kings and Ducks did not make the proposed “Play-off” format that owners and the Players Association agreed to.  The League will now push on with Training camps for the (24) teams resuming play opening. on July 10th. The Stanley Cup Playoffs slated to be a “Best-of-7” following qualifiers. The tournament begins with (16) teams playing eight “Best-of-5” series and a Round-Robin among the top four teams in each conference to determine seeds for the playoffs.

NCAA COLLEGE FOOTBALL – PAC-12: USC allowed its students and players to check back into school on June 15th. Classes will resume with both on-campus and on-line instruction. The Trojans have announced that those who attend home games this season should expect changes to their seating locations, as well as expecting a very different type of game experience.

UCLA has announced that its entire team can voluntarily return to campus and start their testing procedures beginning next Monday 6/22. This will be Phase 1 of a four-part plan. Phase 2 will allow groups of 10 or less to begin agility, strength, and conditioning drills. Phase 3 indicates a return to team practices, and Phase 4 will include playing scheduled games.

HIGH SCHOOL FOOTBALL – L.A. CITY SECTION/LAUSD: To date, the LAUSD has been considering a re-opening of its schools, but has not yet distributed or released its fully approved District-wide plan to Parents, Teachers, ALL Support Services staff, the Athletics Staff (Coaches-Athletic Directors-School Administrators) and the Public. We will anxiously be awaiting a Press Release to be issued and/or a major Press Conference to be called by the L.A. City Section’s Sports Information Director, Dick Dornan or its Commissioner, Vicky Lagos. To recap, the L.A. City Section contingency plan for now includes delaying its football season until January.

CIF/SOUTHERN SECTION (SS): Commissioner Robert Wigod has been interviewed on local sports news programs and has declared that they will be awaiting clearances from the State Superintendent of Schools Office before making any local decisions to re-start the football programs for the many State Divisions under his jurisdiction. He said that safety and health concerns would be given top priority in deciding how to proceed. Locally, several Southern Section teams such as Sierra Canyon/Chatsworth and a few from Orange County have been permitted to start “conditioning-only” drills under strict supervision from their coaches. An updated announcement will be made on July 20th. To see the full State CIF/Southern Section’s Press Release, click here.

BOXING & UFC: Cards are being made and promoted in both sports as we speak. Local boxing cards, previously promoted by Golden Boy Boxing, have been non-existent due to the virus. UFC and its President, Dana White, continue to move their sport forward with announced cards ready to take place but with NO fans in attendance. Las Vegas or New York City remain the likely choice for Boxing to make its return on a national basis, but also with NO fans permitted to watch.

NASCAR CUP: The Pro racing circuit will continue to hold a schedule of races per their announcement. African-American driver, Bubba Wallace, has caused heads to spin with his request that NASCAR ban the displaying of the Confederate flag at its events. Within days of his making that request, NASCAR initiated this new policy at the recently concluded Dixie Vodka 500 held at the Homestead-Miami Speedway. Wallace finished in 13th place, while the winner  was Denny Hamlin.

HORSE RACING, GOLF & TENNIS: The Triple Crown, the Professional Golfer’s Association (PGA), and the U.S. Tennis Open Tournaments have been re-scheduled and will take place.