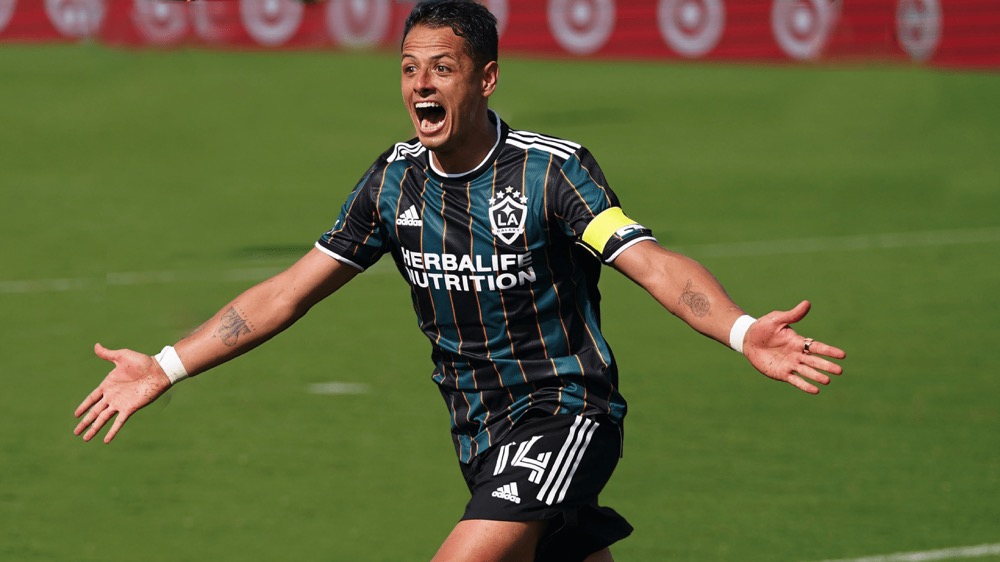 (East Los Angeles, CA) April 29, 2021 [From The Editor’s Desk]: As the old saying goes, “Watch out! I hear footsteps!”….and if you are believer, then watch out for the L.A. Galaxy, the 2021 Edition, as they have found that potent winning instinct and execution when it comes to facing their MLS opponents. They are playing like never before with the much-welcomed and explosive return of their fans “Numero Uno” favorite, Javier “Chicharito” Hernández. So, with the scene set for the kick-off against their MLS Eastern Conference visitors, the New York Red Bulls, the match unfolded with all of the usual pre-match festivities. Once that was done, it was time to play soccer/fútbol.

[Let’s get right to the account of the game through the word’s eye view of our correspondent, Javier Pérez]. The Los Angeles Galaxy (LAG) came into the 2nd match week in high hopes as they secured (3) points for the victory after a thrilling debut in Miami. With the season home opener at Dignity Health Sports Park, they came in well-prepared for another crowd-pleasing and competitive match in front of their limited “in-person” fans for the first time in over a year.

The exact date that they last performed in front of their adoring fans was March 7, 2020, right before the COVID-19 pandemic shut a vast majority of us into our homes. The G’s stepped out onto the field in a (4-2-3-1) formation with Jonathan Bond at goal and Julian Araujo positioned at the right-back with Jorge Villafaña at left-back. The two centre-backs were Daniel Steres and Nick Depuy. In the defensive midfield, Jonathan Dos Santos along with Adam Saldana were the designated starters. For the attacking options, Head Coach, Greg Vanney went with Samuel Grandsir and Ethan Zubak on the wing, with Victor Vázquez as a center attacking midfielder, and lone striker, and MLS Week 1 Player of the Week “Chicharito.” 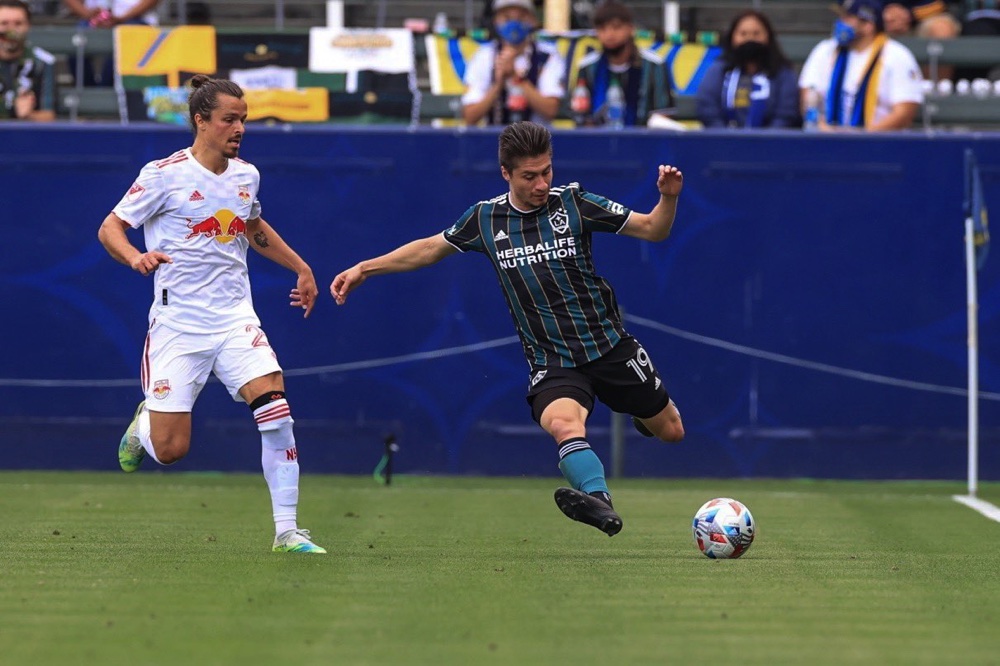 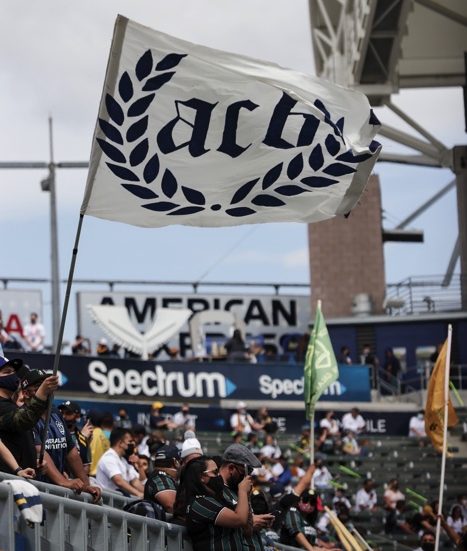 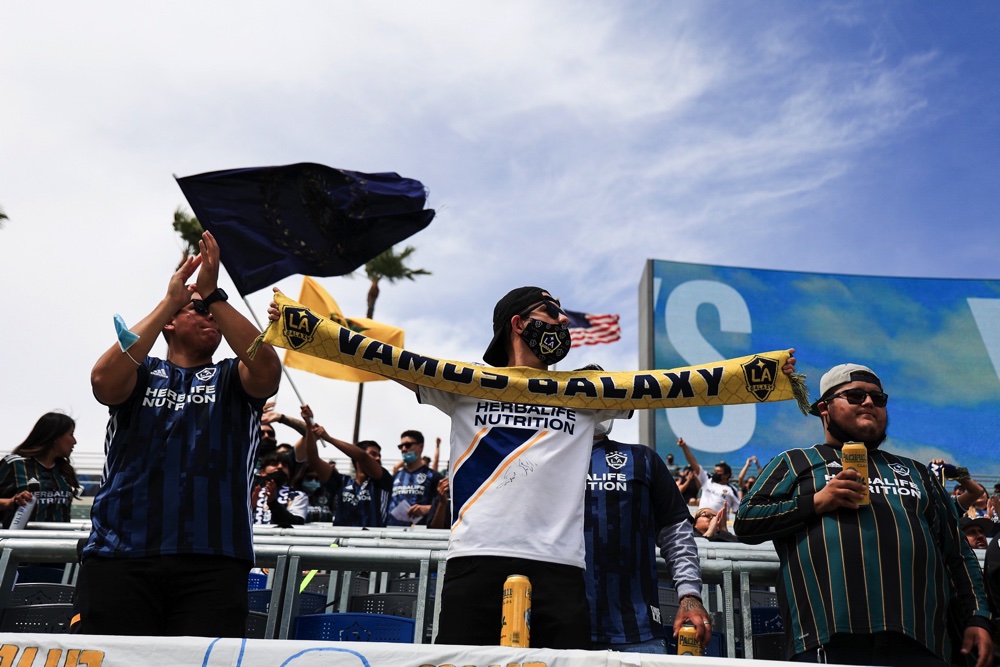 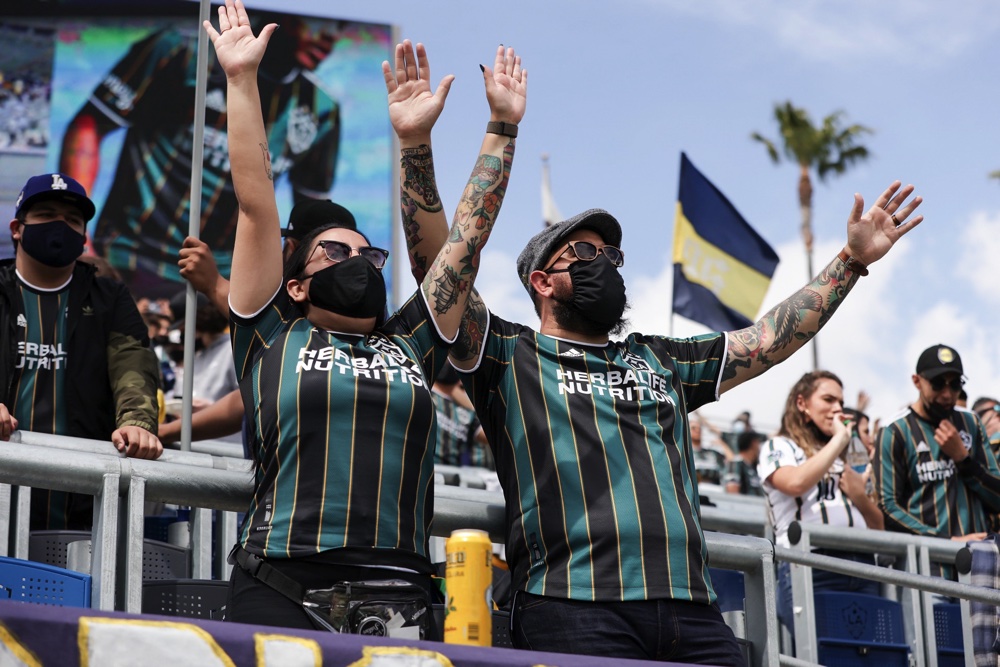 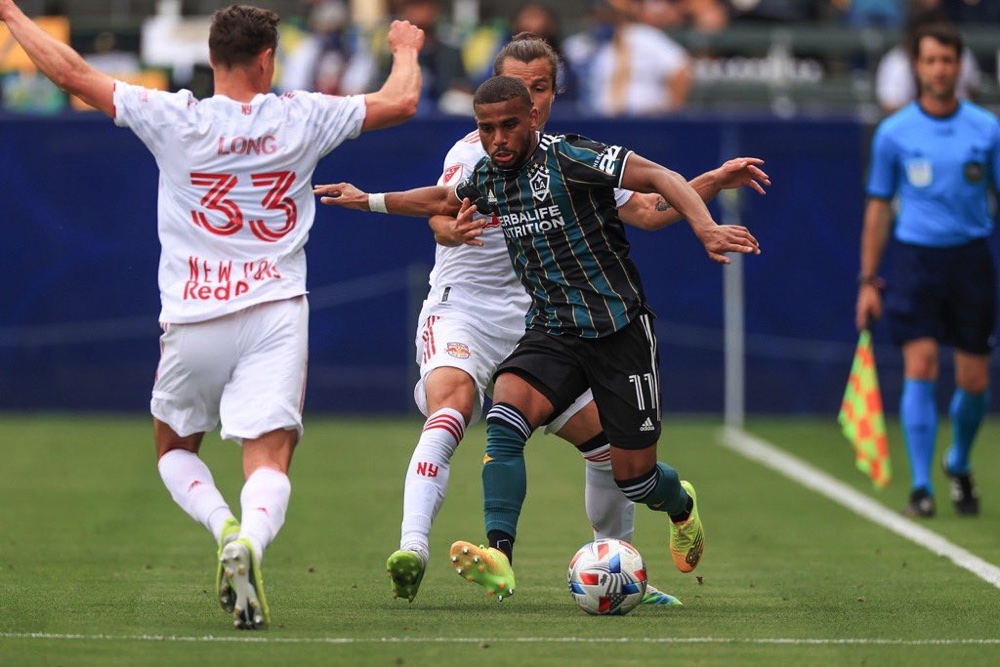 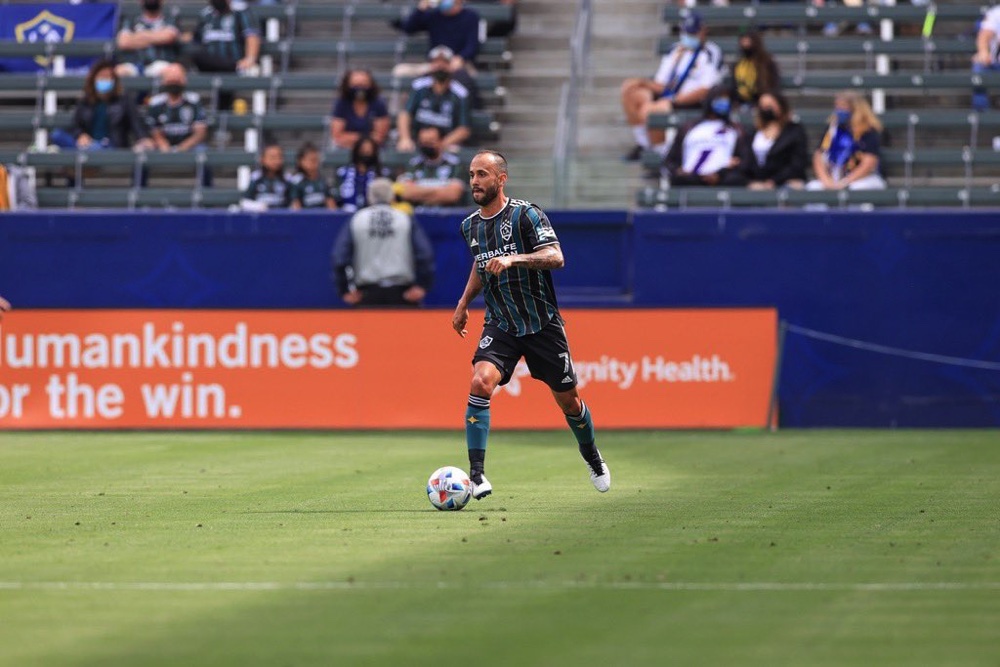 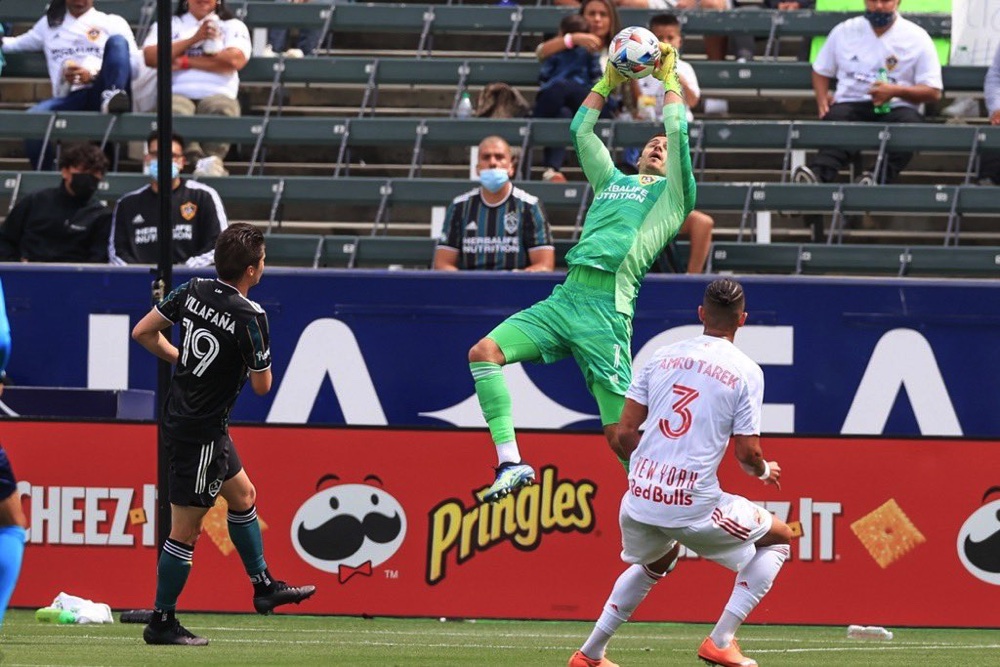 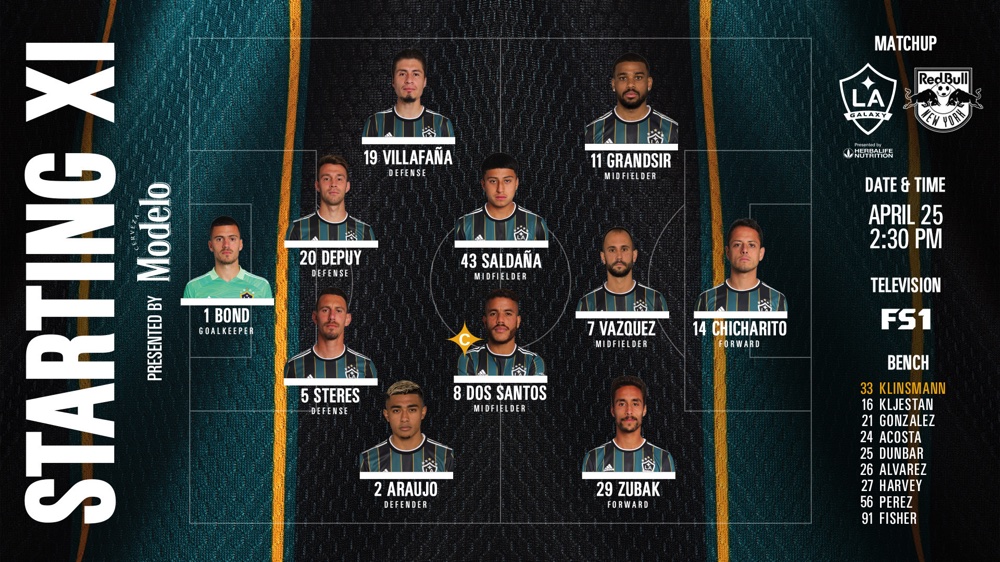 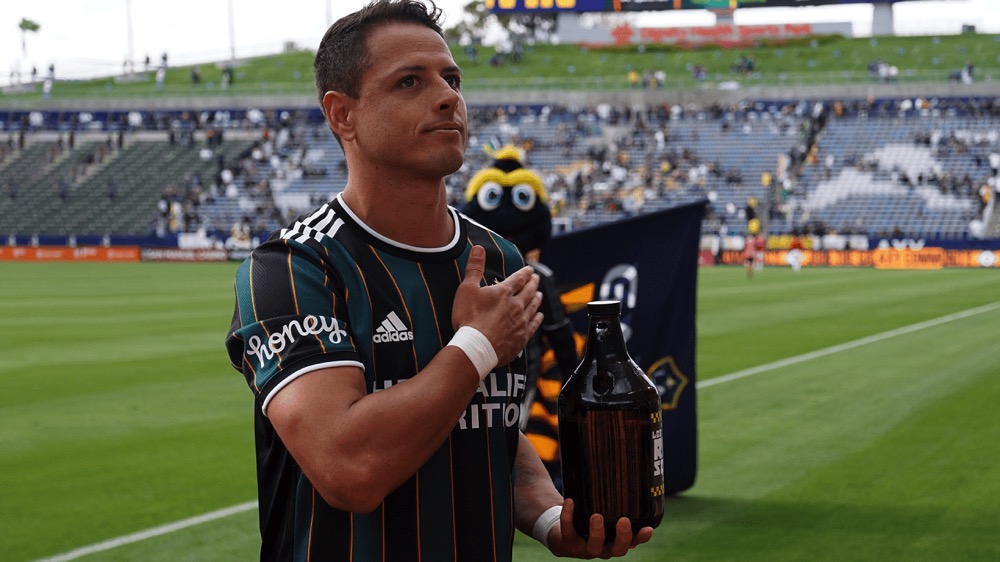 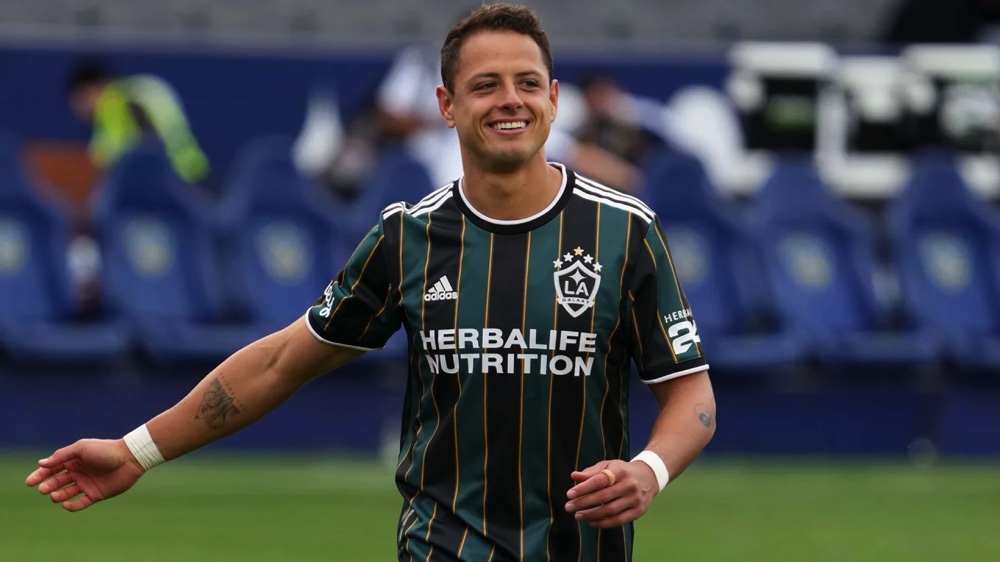 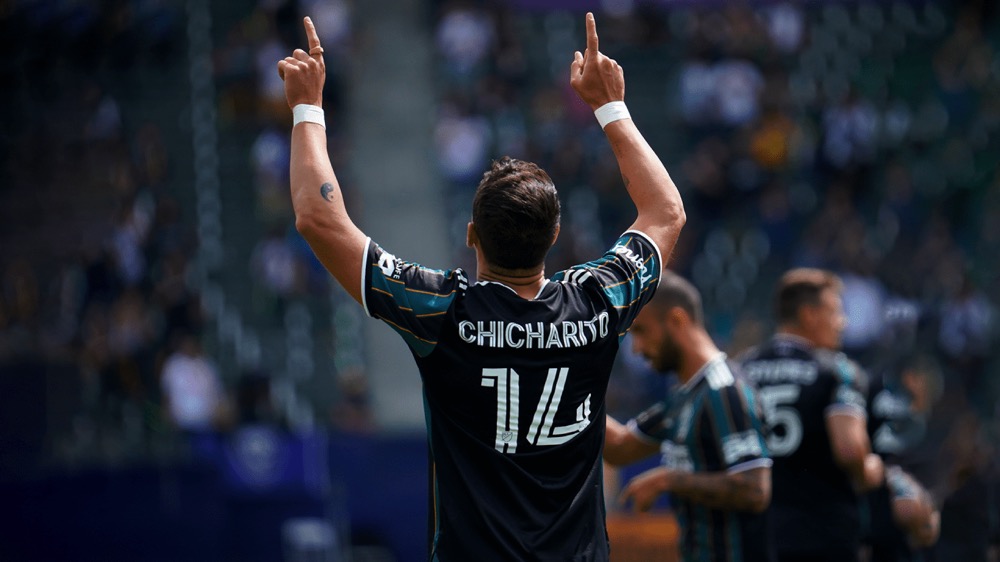 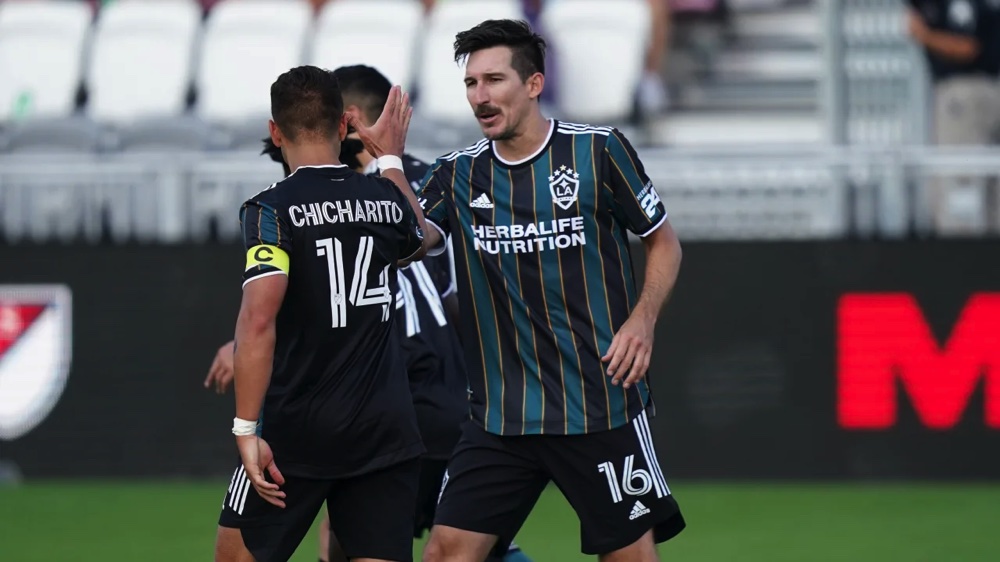 (1st Half): LAG needed just (9) minutes to open up the score sheet as Chicharito hustled to close in on a ground-cross that seemed to be going out, but his natural persistence allowed him to slot it in and bring the Galaxy up (1-0).

However, the Galaxy bliss didn’t last for long as in the 26th minute  Andrew Gutman slotted in a ball past goalie Bond and into the bottom right for the leveler. Score was now tied at (1-1).

The Galaxy’s efforts to regain the lead came to fruition as Victor Vazquez crossed a ball to Chicharito and with his innate striker instinct, sent the sphere past goalie, Carlos Miguel Coronel, for the (2-1) lead at minute 41. LAG went into the locker room with that lead.

(2nd Half): As the period commenced, the Galaxy came out with a bang as Chicharito netted his  internationally acclaimed “Hat Trick” – Goal #3 of the game and 5th in two games! In classic “Chicha” style, a rebound left the ball just perfect for him to connect a “half-scissors” kick for the (3-1) lead at the 60th minute mark. But, the Galaxy’s celebrations were bittersweet as the Red Bulls, Forward, Cristian Cásseres Jr. netted a goal just (2) minutes later at the 63 minute mark.

But, as the match drew to its close, and with the Galaxy clinging very hard and fast to their (3-2) lead, they survived any late match rallies by the Red Bulls and took home win #2. To note and briefly recap this match…with good attacking style, LAG’s defense still has a few questions to answer as they’ve been a little shaky, surrendering (4) goals in its first two games. The announced fan attendance was 6,853.


(Of MLS Significance): Chicharito has a chance to break the MLS record of most goals in a season’s first (3) games. He has already tied Brian Ching/Houston Dynamo who did it in 2006, and needs  (1) to tie the current record-holder, Ante Razov/Chicago Fire FC who broke it in 1999 by scoring (6). With 2 goals, he’ll be the new record-holder.

(About Our Correspondent): Javier Pérez is a Film, TV and Media Major with a Minor in Photography at Cal State University Dominguez Hills. He is a 2018 graduate of Marquez High School, located in Huntington Park, CA, and earned varsity letters in both Football and Soccer. Javier is now in his Junior year.