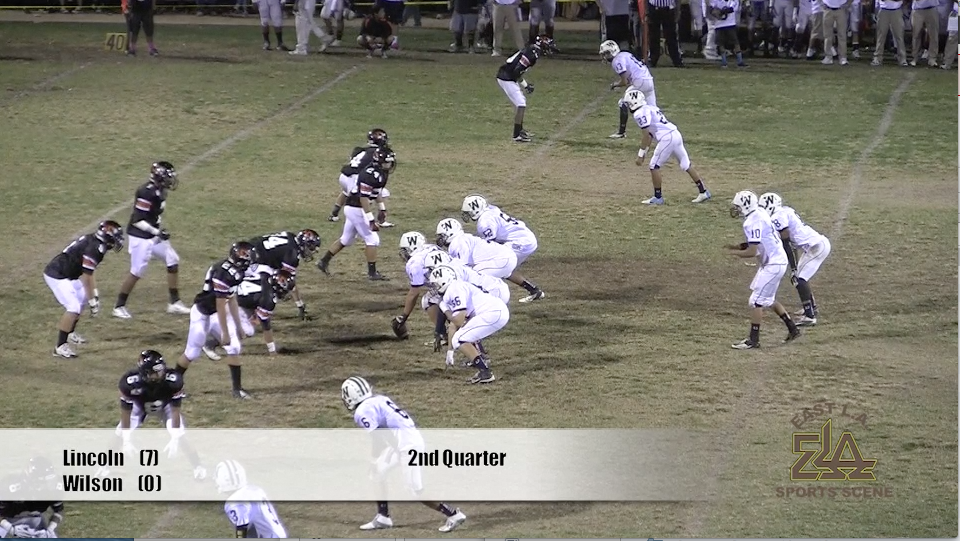 East L.A. Sports Scene’s coverage of its sixth consecutive 2013 “High School Game of the Week” takes it to the great community of Lincoln Heights, home of the Lincoln “Tigers.” The long-awaited showdown between these two storied L.A. Unified School District institutions took place on a beautiful Fall night on Lincoln’s beautiful North Broadway campus. The third consecutive Kenny Washington Memorial game, coupled with both schools wearing their special “Throwback” jerseys, brought a near sell-out crowd to this crucial Northern League  game. Wilson came into the game undefeated at 6-0, and 1-0 in League play, while the resurgent Lincoln “Tigers” under the guidance and watchful eye of Head Coach, Albert Carrillo, came in at 5-1, also 1-0 in conference play. Both teams are on target to qualify for the post-season playoffs, but what could be at stake is the battle for a home field seeding position. “Mighty Mules” Head Coach, Coach Eddie Martinez, looks to extend his winning streak to seven in a row. Stick around with us and watch the “Friday Night Lights” action come to life on our production.