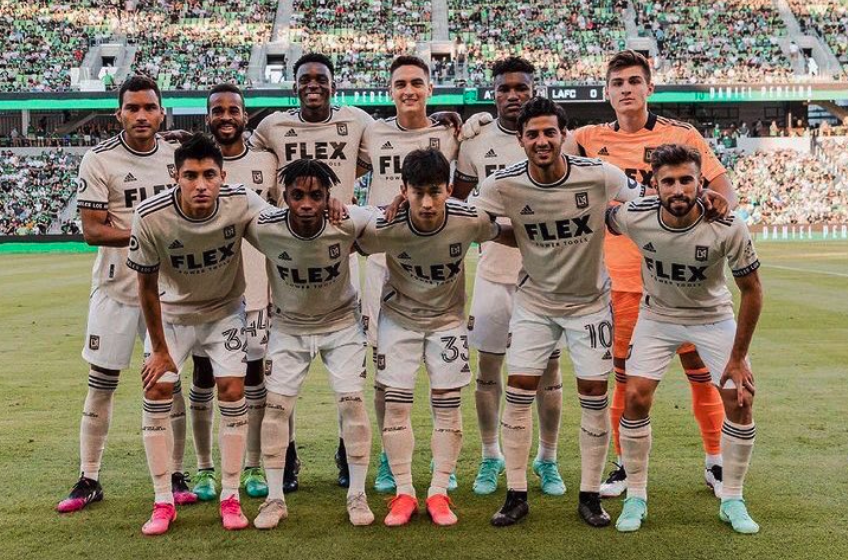 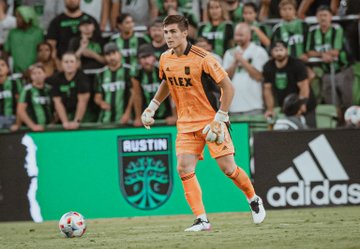 (East Los Angeles, CA) July 10, 2021 [From The Editor’s Desk]: A noticeable change is coming in the 2021 Major League Soccer air, the breathing is getting better, and our City’s LAFC fútbol fans are ready to withstand some very hot summer “winning” weather ahead. This change could very well become the mind-set for the LAFC’s Black & Gold as they’ve quickly turned their fortunes around in this last two-game set, winning their recent 7/7 shut-out match with Austin FC on the road, by the score of (2-0).

Link that to their previous (1-0) shut-out win over Real Salt Lake and we can all see that “Mr. Momentum’s“ visit to the team has been very beneficial, boosting the Clubs’s record to (6-3-2), equalling 18 points and a firmer lock on the 5th spot in the Western Conference standings.

(Of Significance): The importance of noticing that El Capitán, Carlos Vela, is demonstrating his healthy return to a full (90) minute match, complete with inspirational and game changing differences. Although his score was overturned by the VAR in the 23rd minute of this match, he remained focused on getting the win and the valuable three points that are awarded to the team. Remember, we said that change is in the air, and it’s everywhere! 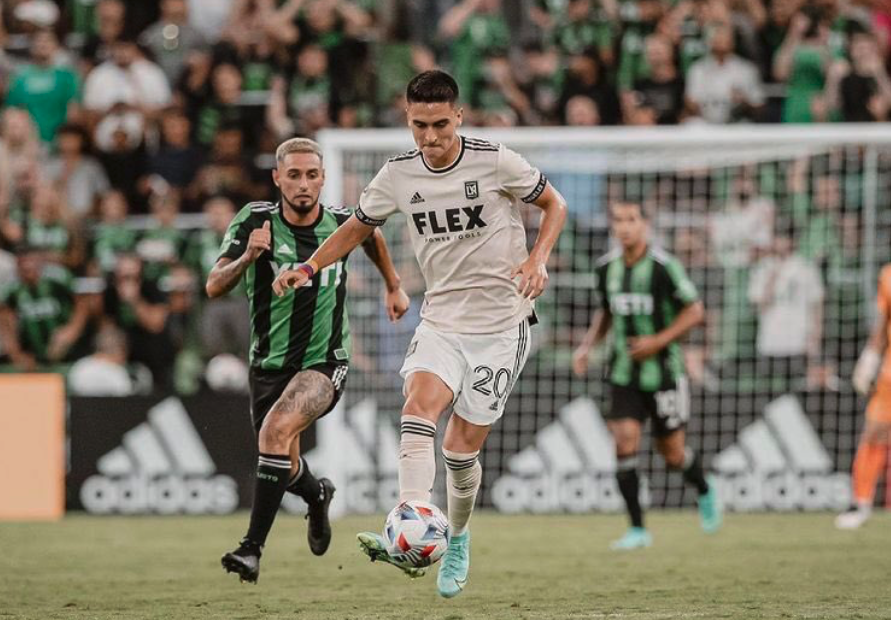 (Match Recap): Head Coach Bob Bradley’s starting line-up once again resembled that of the previous match, and he rode with it most of the way through this road encounter. A few late substitutions were made but the offense has picked up its pace and so has the defense, becoming grittier and tighter with each new start from both Moon-Hwan Kim, and Tomás Romero, who has now become the anchor man “in-goal” and just possibly the team’s new “good luck” charm. Can we add a “no doubt” to that? 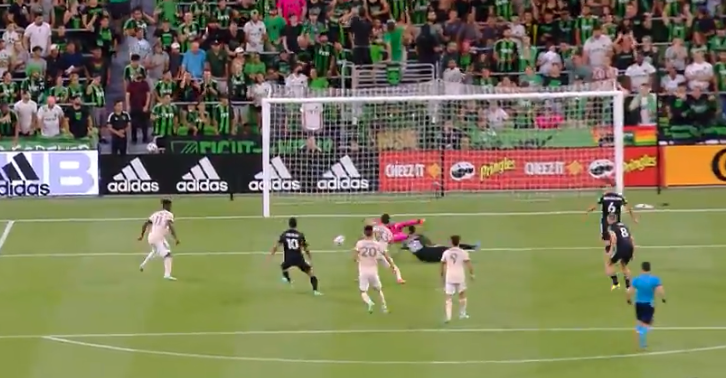 The first actual score of the game came at the 39th minute when José Cifuentes, once again found the scorer’s paradise when he took a deflected shot by Moon-Hwan Kim from directly in front of the goal, and then booted the rebound sharply and crisply into the left side of the net for the goal. That would be the only score of the half. 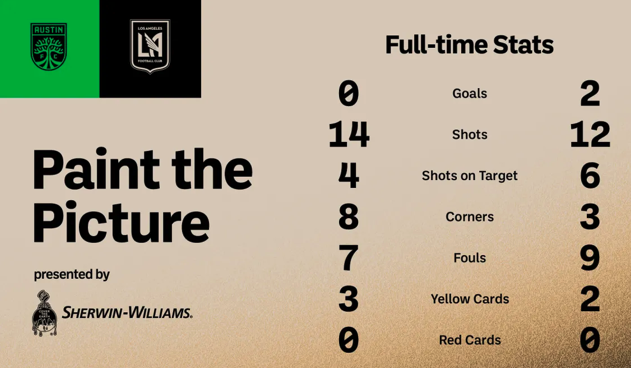 In the 2nd period, the battle raged on with LAFC stopping several attacks on goal. Then at the closing 89th minute of the match, Diego Rossi, after sprinting in rhythm to receive a laser-pinpointed 40 yard pass from El Capitán, found his “touch of gold” with his golden right foot, and exploded it past the bewildered Austin goalie, nailing it into the right side of the post for his 4th goal of the season. 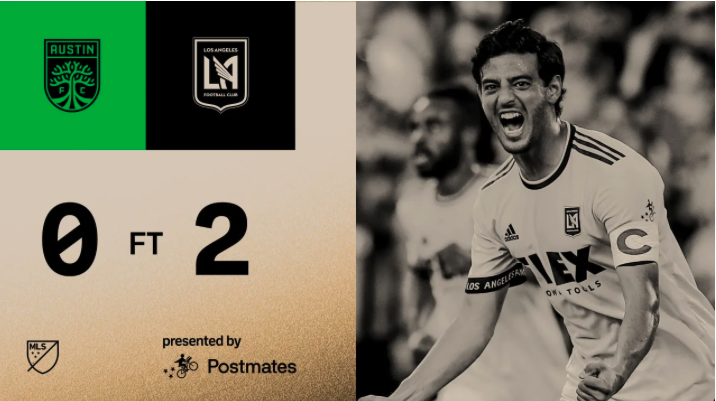 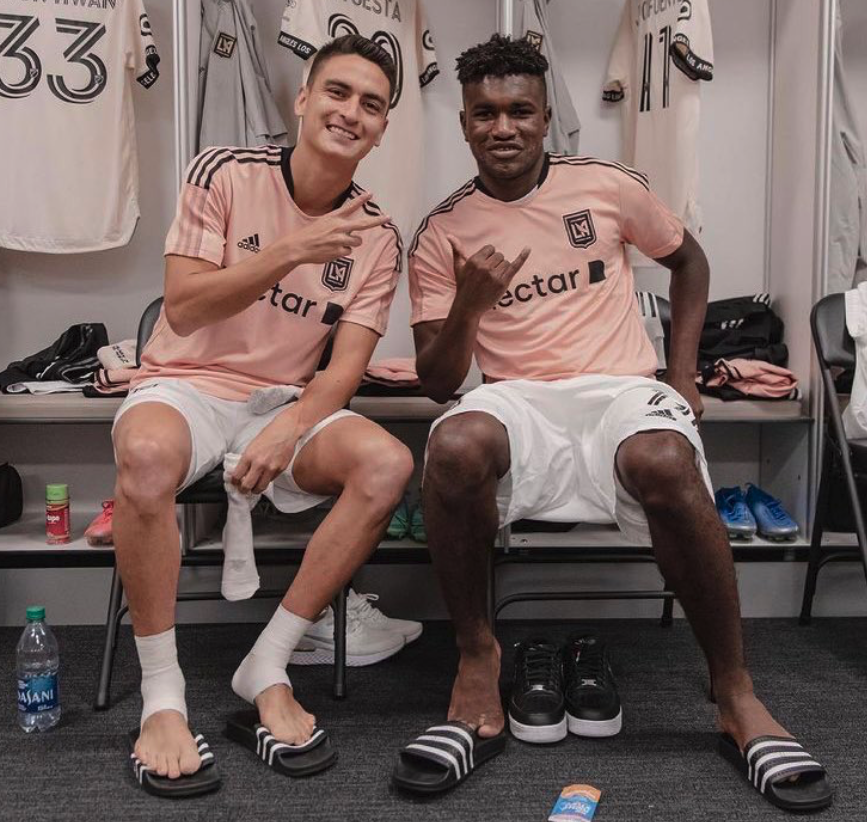