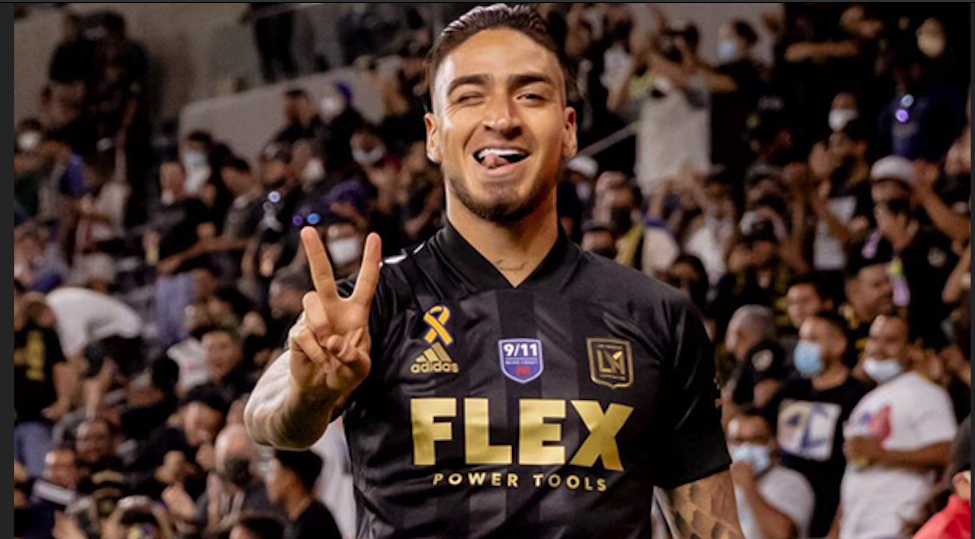 (East Los Angeles, CA) September 14, 2021 [From The Editor’s Desk]: The temperature at match time was a brisk 70º, some 20 less than during the 90º mid-day hours. Nonetheless, the temperature inside Banc of California Stadium was starting to warm up with the gradual influx of fans offering their Grupo 3252’s “forever faithful” synergy to the Black & Gold. 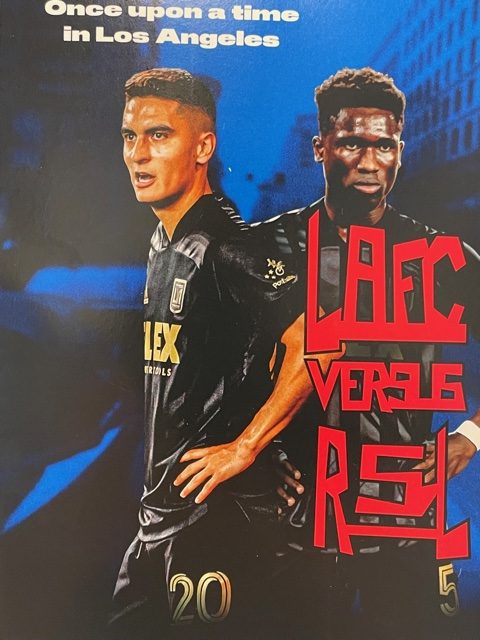 (Pre-Match Festivities): “Olly” the Falcon and her handler once again performed their always fantastic crowd-pleasing flight maneuvers. Guest Falconer for the match was Mike Martinez. In addition, El Grupo 3252, performed one of their most emotional renditions of our National Anthem, due to the Club’s pre-match tribute to the “Fallen” in the “9-11” terrorist attack 20 years and a day to the event.

(Match Summary): El Grupo 3252 then immediately flipped the switch to roars of jubilation as Cristian “Chicho” Arango’s goal at just the (:20 second) mark, delighted everyone with more high hopes of another badly needed victory in pursuit of the MLS playoffs. This was the fastest goal ever recorded in LAFC history—(1-0), Black & Gold. Many hundreds of fans were still en route to their seats when the fun of attending an LAFC soccer match at the Banc of California Stadium was just beginning.

The teams settled down after that and were essentially playing  a “back & forth” and/or a “push-pull” brand of soccer. At the 11th minute, Yatif Blessing lay on the pitch in what  appeared to be an injury, but fortunately for both him and the Club, it was only a cramp in this left thigh. At minute (27:30) Real Salt Lake managed to break through the ice on their efforts with a score of their own. This came on a 30′ crosser by #8 Damir Kreilach. The score was now tied at (1-1).

But, that was immediately followed at the 30th minute by an Arango “header” coming from an assist by you know who by now, El Nuevo Capitán, Eduard Atuesta, (2-1), LAFC. Atuesta is doing very well in the role reversal  of his teammate, Carlos Vela, who is still on the injured list with his aggravated injury.

The Black & Gold took more shots on goal in the half than their opponent. But, it was the brace by the recently acquired Colombian, “Chicho” Arango, that gave them their ninth score in the last three games…recapping them here with the (3) vs. L.A. Galaxy, the (4) vs. Sporting Kansas City, and the (2) in this match here vs. Real Salt Lake. The team was credited for the Own Goal in this match. As you can see, there’s lots to be excited about in LAFC Nation right now.

(2nd Half Summary): A near repeat of the start of the first half, but RSL turned the table on LAFC when they took aim for a shot on goal and were successful, coming at the 47th minute. The goal was made by #29 Anderson Julio, and he buried the shot from the right side of the box for the match-tying goal.

At the 59th minute, a rare play occurred when an “Own Goal” (OG) was awarded to LAFC after a head-scratching miscue by RSL’s Toni Datkovic. El Grupo 3252 and the Banc of California Stadium’s large Sunday night crowd held their collective breaths just for a second while they all watched it slowly roll past the goal line and then erupted into their usual boisterous goal-declaring chant. LAFC was glad to take the goal for a new lead at (3-2).

As the scoreboard game clock churned upward to the 90 minute mark, both squads spent lots of time in their attack modes but they couldn’t find the right chemistry to penetrate the defending back lines. The match’s Referee, Ted Unkel, declared four minutes of stoppage time.

And so the match would come to a very positive and happy conclusion for the Black & Gold as they picked up (3) very hard-earned points and placed themselves in a virtual tie in the standing at 8th place with this very same Real Salt Lake club. Their record now stands at (8-9-6 W-L-T) for 30 points.

(Of Significance): Cristian Arango Voted MLS Player of Week 24. His match opening goal, tied for the 8th fastest in MLS history, but tops in the LAFC record book. El Grupo 3252’s “Man of the Match“ — “Chicho” Arango for his brace of 2 goals. This marks his fourth goal in the last three matches.

LAFC Gets It Done With Strong, Convincing Win
Black & Gold On the Up ‘n Up. Win Streak Now At Three.