Black & Gold Look for “Bounce-Back” Win On Saturday vs. Vancouver 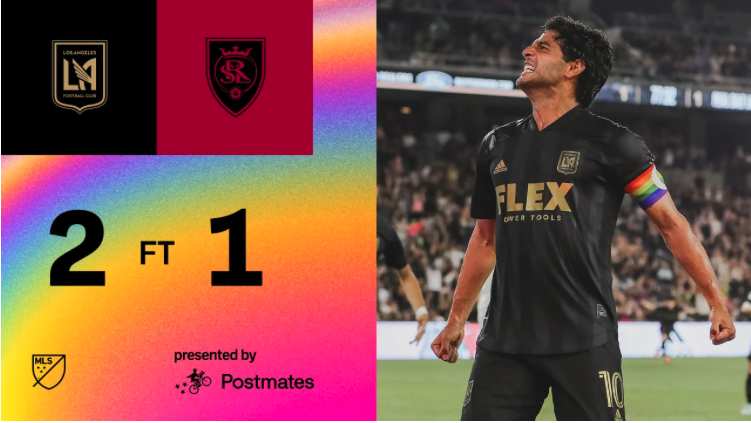 (East Los Angeles, CA) July 22, 2021 {Special Message From The Editor}: We apologize to our LAFC fans for the lack of our full coverage vs. the Portland Timbers yesterday. The Black & Gold, now at (6-5-3 = 21 points), lost their match by the score of (2-1). Below is our Match Recap from the 7/17 home win over Real Salt Lake. To view the Portland match highlights, click here.

**[From The Editor’s Desk – LAFC vs. Real Salt Lake]: On a beautiful, warm and sunny summer City of L.A. day, it was time for the hub and central nervous system of L.A. great sports facilities, to open up its doors as the jewel of first-class soccer venues, the Banc of California Stadium. Right on schedule it welcomed to full capacity, the Club’s forever faithful fans to an important MLS Western Conference match with Real Salt Lake.

Mix in El Grupo 3252’s “fired-up and ready-to-go” large rhythm and cheering section, the setting off of Rainbow smoke just prior to the start of the match, and we can agree that the fuse was lit for a much anticipated and winning Black & Gold performance.

(Match Summary): The home team’s newly forged attack-mode came early at the 3:00 minute mark, for El Capitán himself, Carlos Vela, and the fans loved it, even though he missed his attempt. The tone was thus set for the match. Then, on the Black & Gold’s next possession there were a total of two more shots on goal. Real Salt Lake goalie, the highly talented, David Ochoa, was extremely busy to say the least. At the 10:00 minute mark, a beautiful “give-and-go” pass from Jose Cífuentes, to his rapidly moving teammate, Diego Rossi, helped him to precisely find the net in pure stride and booted it home for the first goal of the match.

At minute 18:00, RSL scored on a great open field “fast-break” when the shooter, Aaron Herrera bore down on the charging LAFC goalkeeper, Tomás Romero, similar to a basketball open court “1-on-1.” Herrera then took dead aim and let it fly full force for the equalizer to tie the match at (1-1). 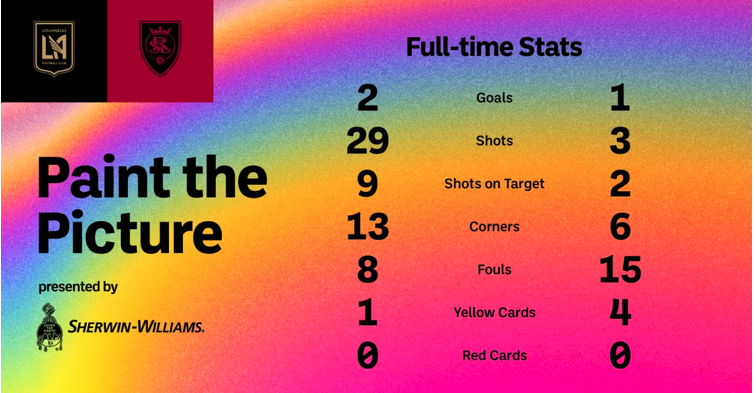 (Of Significance): Romero left his net and decided to sprint quickly to the ball as Herrera approached the Box, but he was a split-second too late to deflect or fully block the attempt.

The rest of the half went back & forth with no big advantage for either squad until late in the period, when after a free kick for LAFC, they managed to control the sphere for several more shots on goal, but were unsuccessful in scoring.

(2nd Half): An early scare by Real Salt Lake happened when LAFC failed to clear the sphere adequately. Thus, goalie Romero found himself shielded by his teammate momentarily. RSL took a shot but it lacked substantial force to add on a score. A bullet was dodged.

LAFC then mounted an 8:00 minute long omni-directional attack on goal but missed several clear shots from inside the Box. The match’s time of possession clearly favored the Black & Gold through minute 55 and then, once again, the visitors cranked up their offense and crossed into enemy territory looking for goals. A penalty kick from the 15 yard marker was taken by Vela this time. His “run-up” to the ball was a “stutter-step” type approach, but goalie, Ochoa, read it perfectly at the 58th minute and managed a great block of it. What provoked the penalty was the ball being illegally touched by RSL defender, Herrera, and thus the Referee ruled the infraction.

After that hectic streak of activity, neither team showed any marginal dominance in the midfield area and shots were not being fired very often from the 60th through the 70th minute.

However, just at the 67th minute, Vela had a great look at the goal but missed wide right. After a yellow card was given to Herrera for tripping Vela, at the 78th minute, the resumption of play gave LAFC great field position. After volleying the ball from “near-side” to “far-side,” the ball came back to Vela on a fantastic “crosser” from Kim Moon-Hwan. El Capitán then got in stride after a dribble and nailed the goal from his favored left-side on an unbelievably fast-rising, high angle-bender to the far upper-back corner of the netting.

It was one of the most amazing shots seen in-person by LAFC soccer and TV fans, play-by-play announcers, and by “Grupo 3252,” who were delightfully watching it all happen right in front of their eyes. They triumphantly and generously cheered on Vela and his incredible goal for at least a minute. The score was now (2-1) LAFC.

The last few minutes of the match were just as exciting to watch as the beginning because the Black & Gold were still taking aim on the goal in eagerness to try and add on to their scoring total for the evening.

(Next Up At Home): Saturday, July 24th at 7:30 pm/PT, against the Vancouver White Caps FC who are currently in 12th place in the Western Conference standings.