LAFC Gets It Done With Strong, Convincing Win 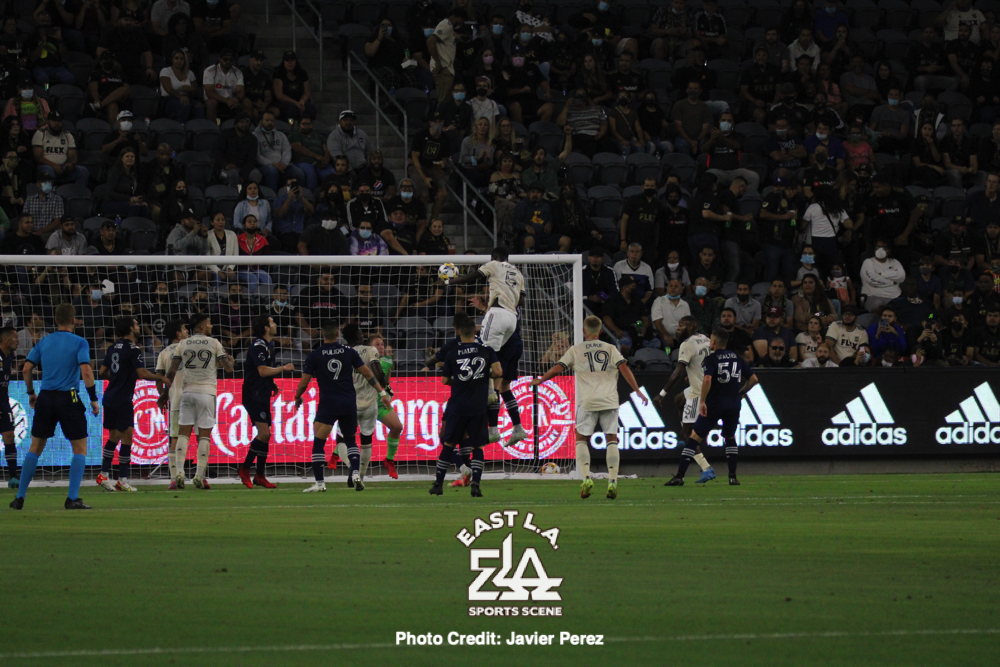 (East Los Angeles, CA) September 9, 2021 [From The Editor’s Desk]: And then the Summer of 2021 ended, making way for a September that rolled in with a bang for the Black & Gold. There is absolutely no time, nor a match to waste at this point in the season with so much weight placed on making the highly valued MLS playoffs.

(Match Summary): For the first (8-10) minutes, it was a basic feeling-out process with neither squad attempting many shots on goal. If you can say conservative, you would have described this type of match action on the pitch. The strikers were never, with any great consistency, that far out in-front of their defenders, 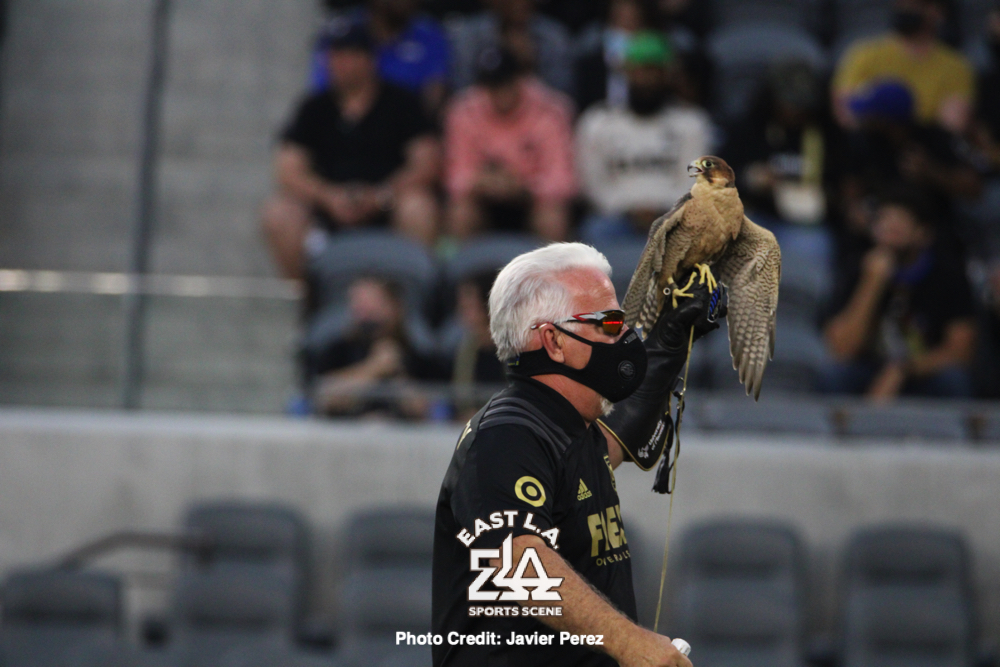 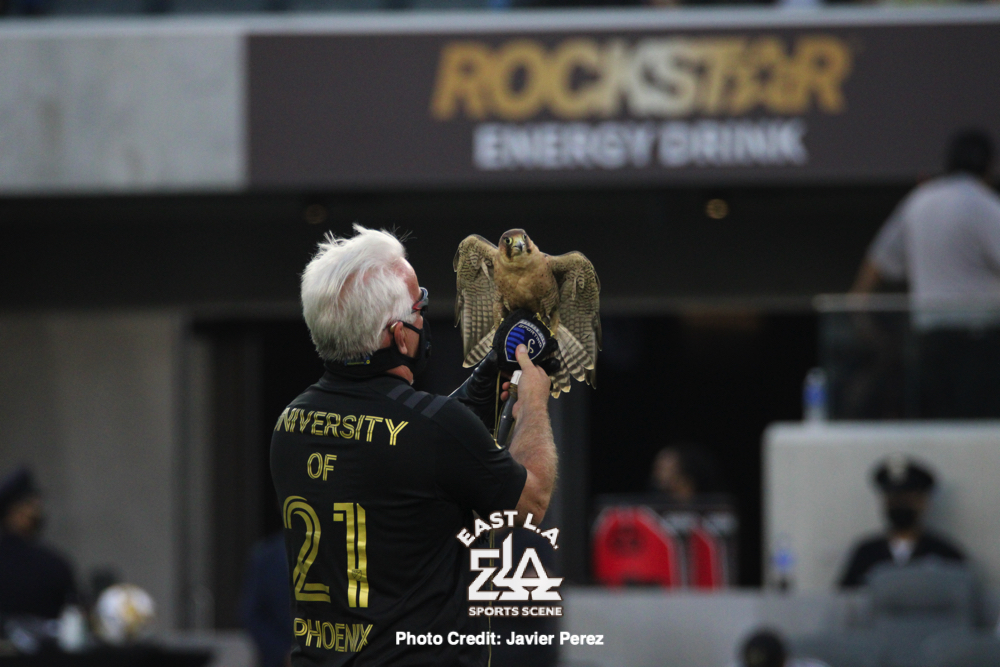 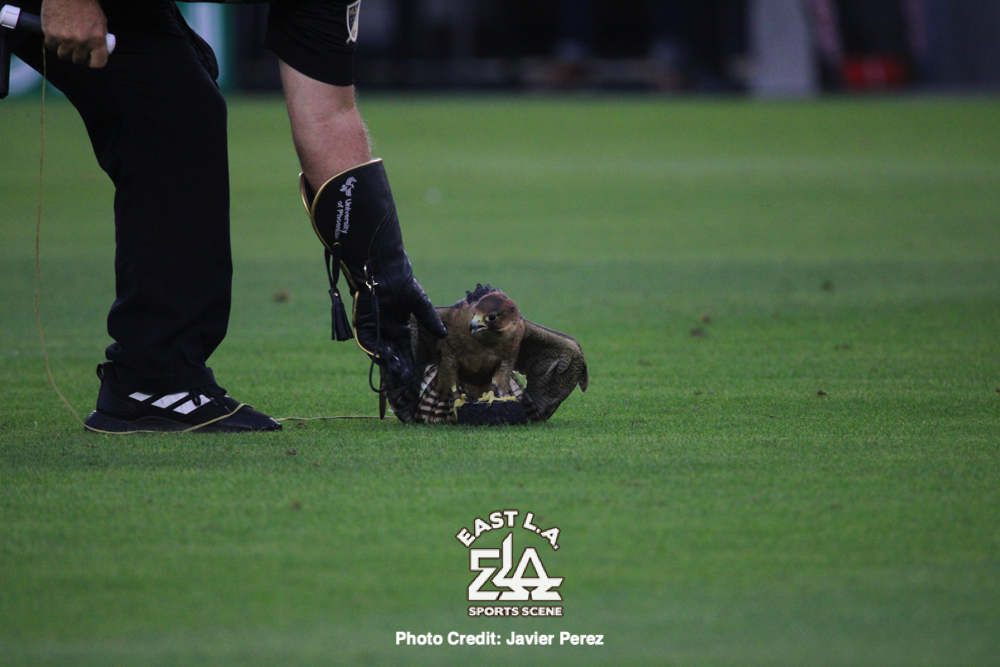 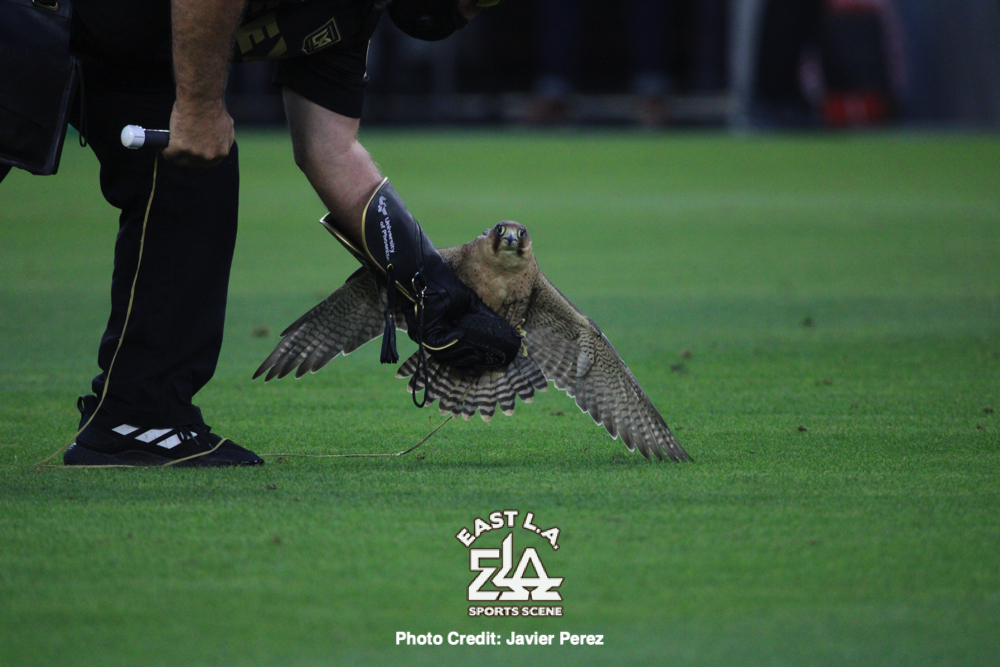 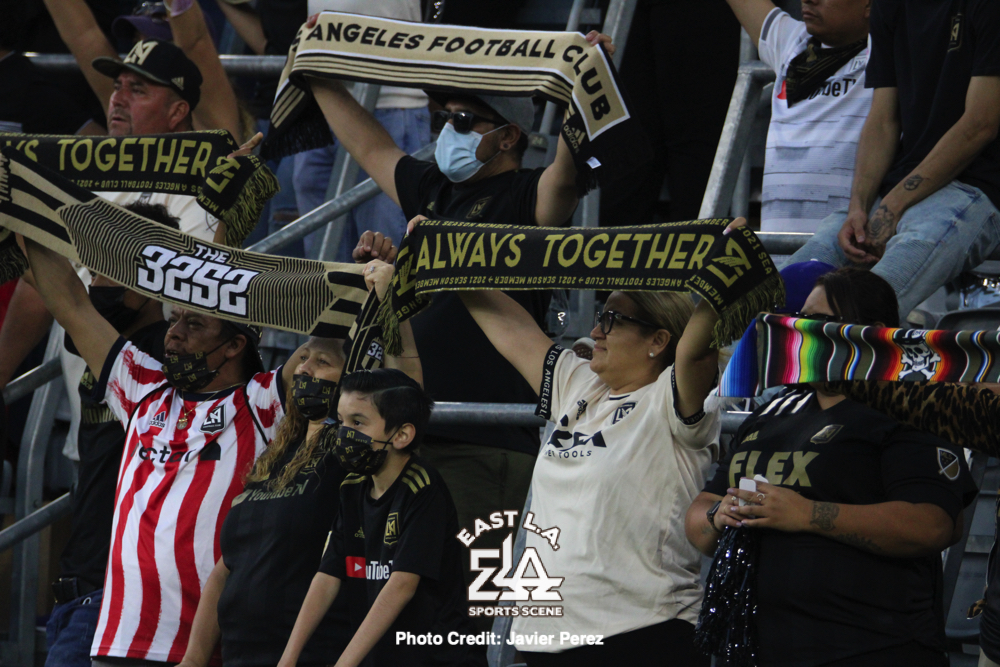 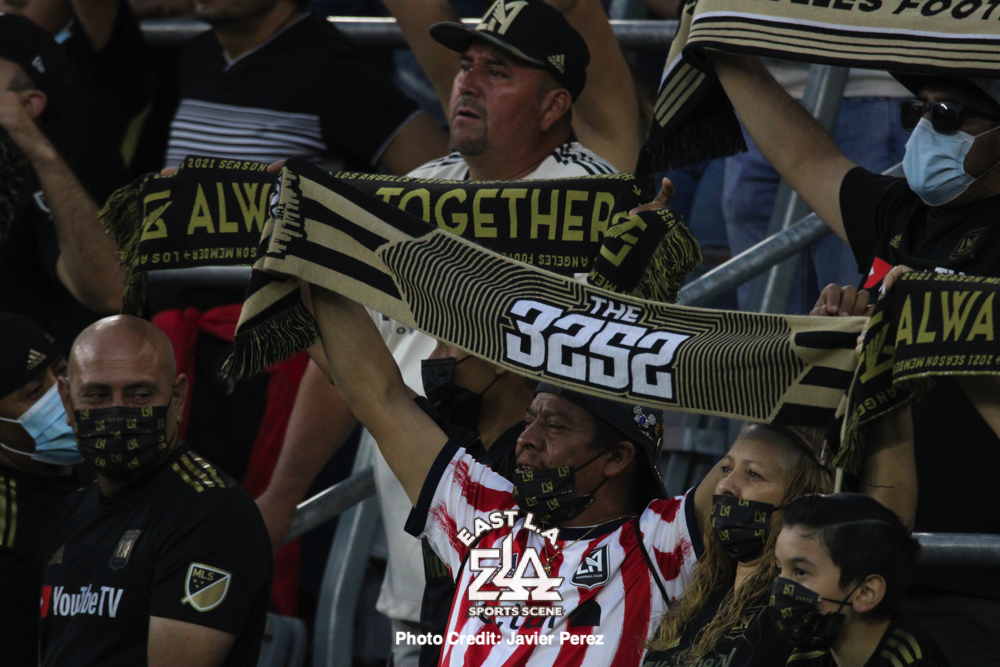 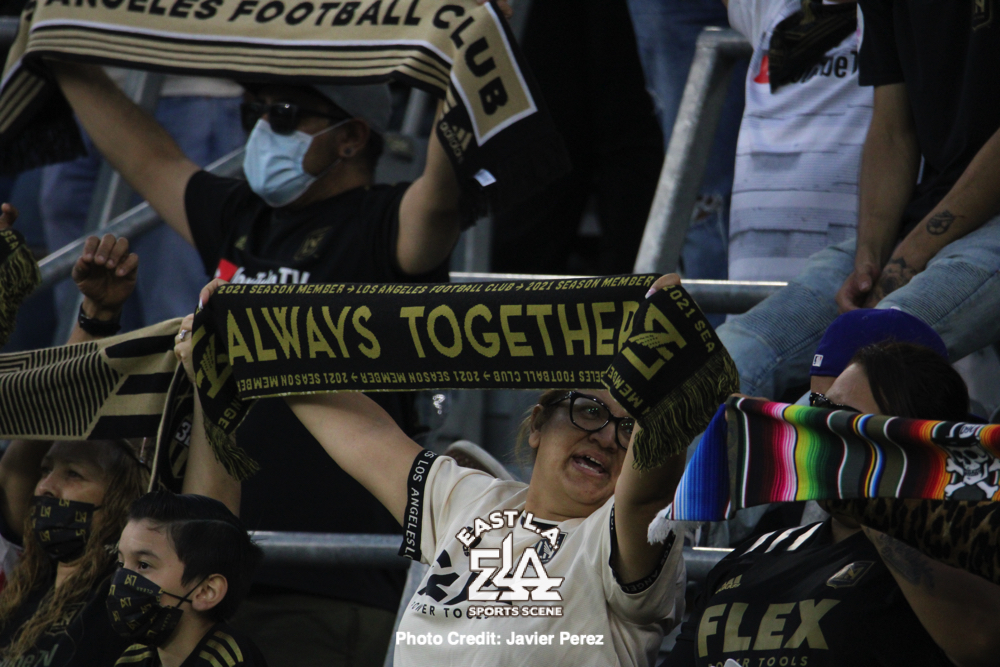 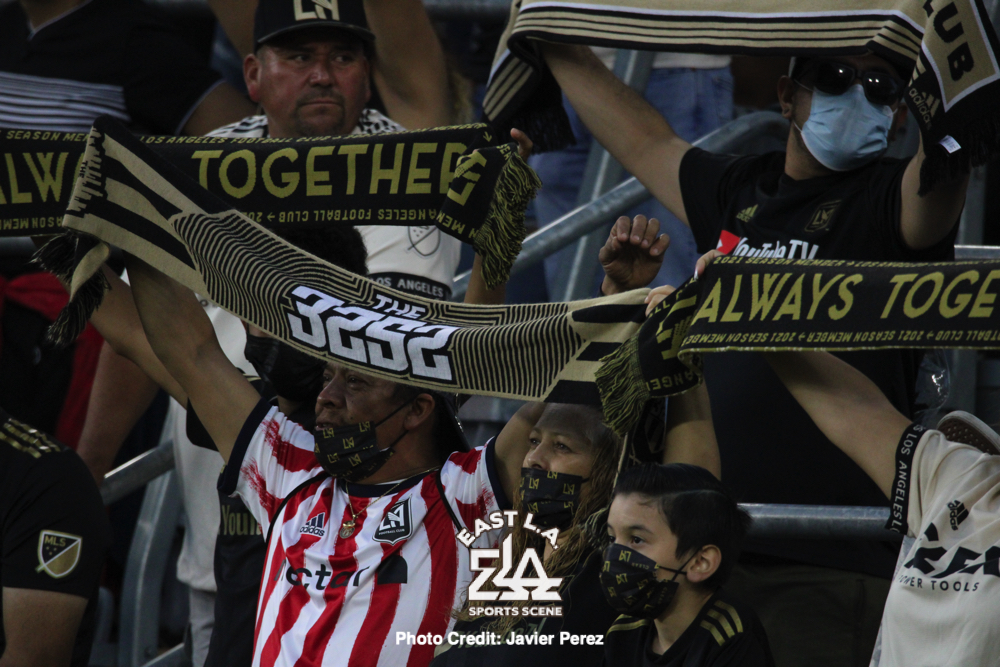 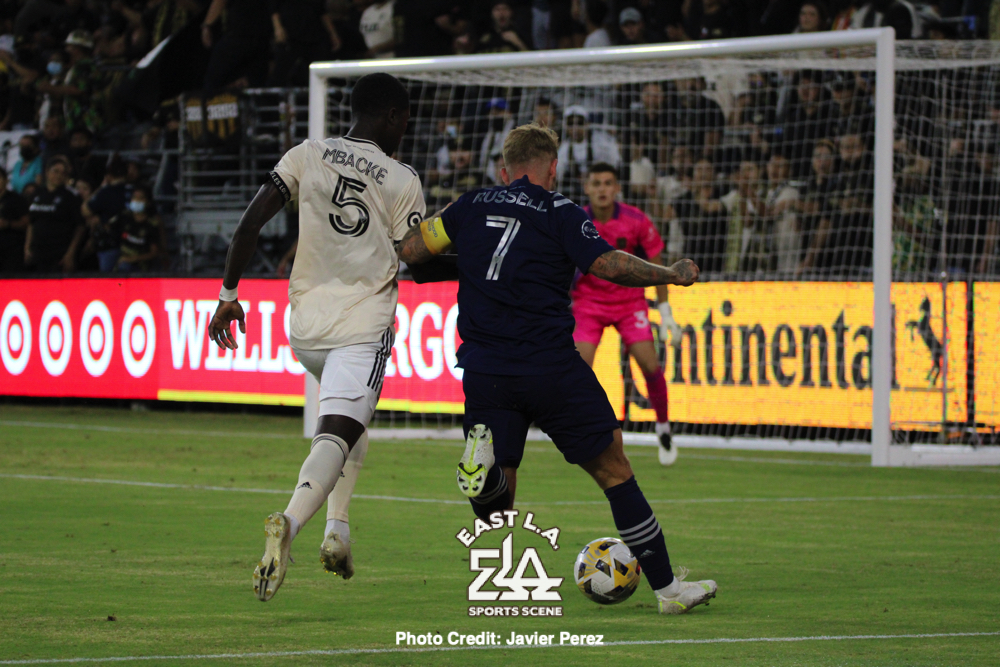 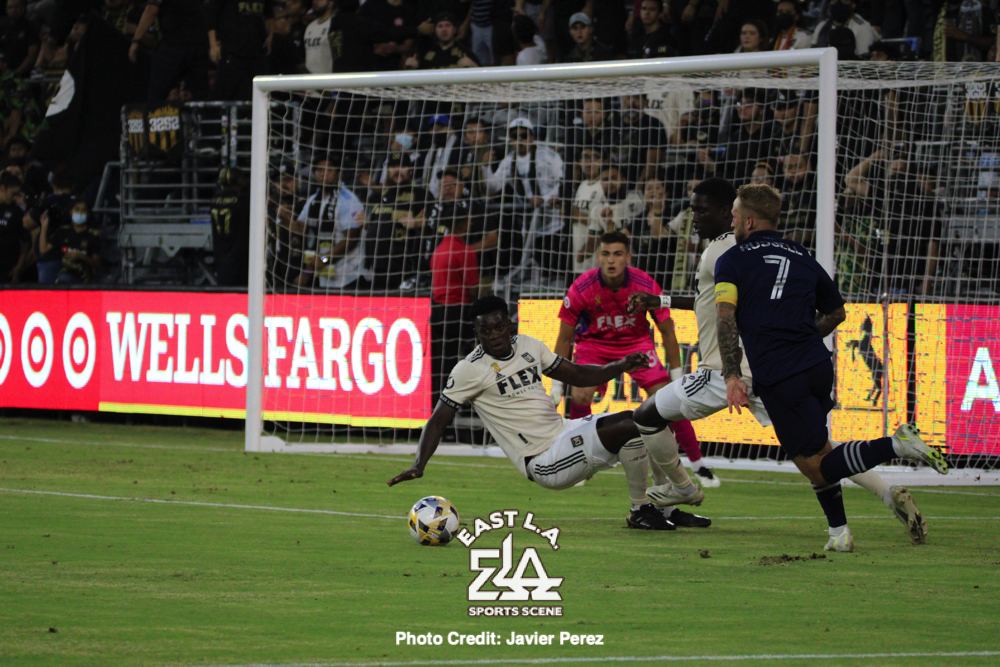 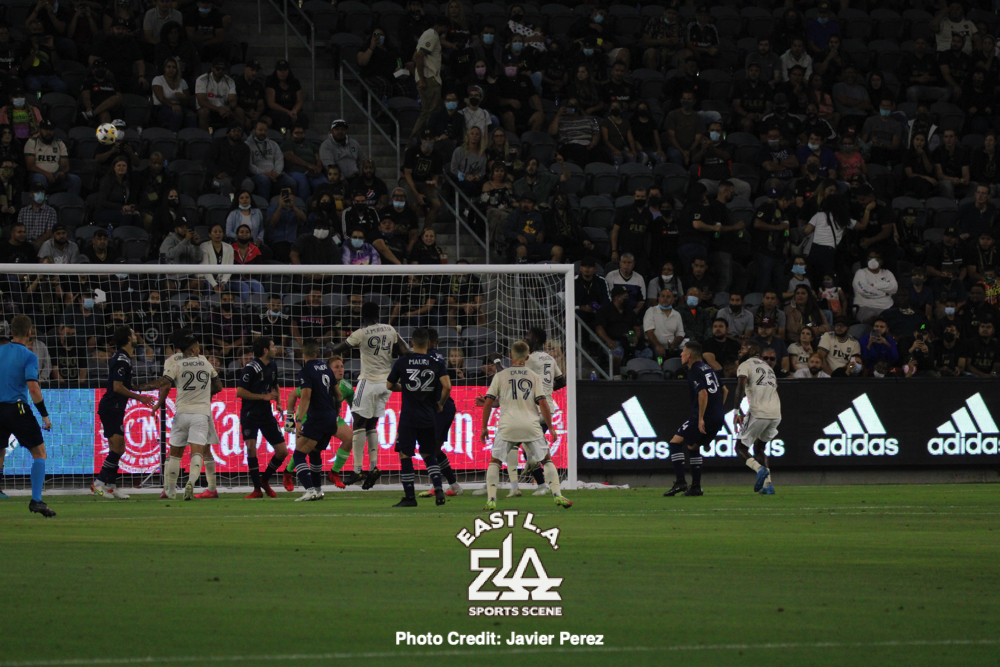 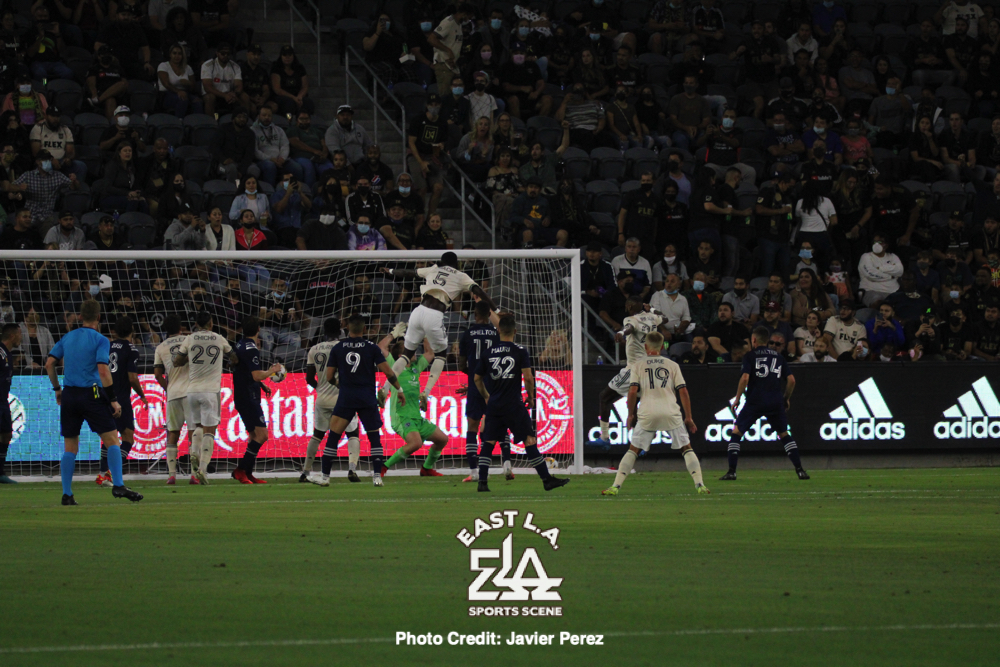 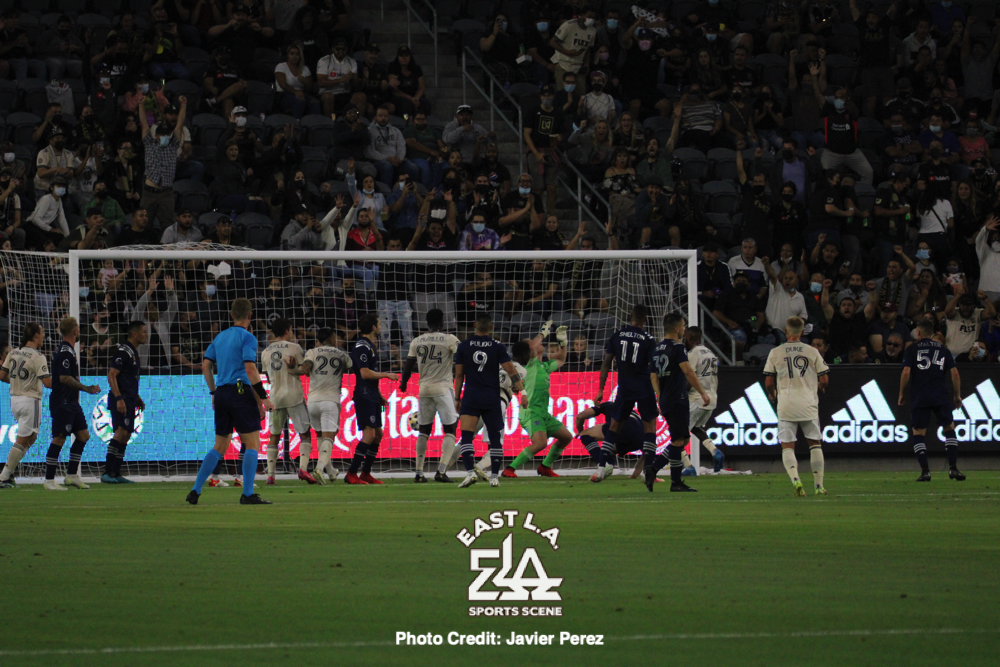 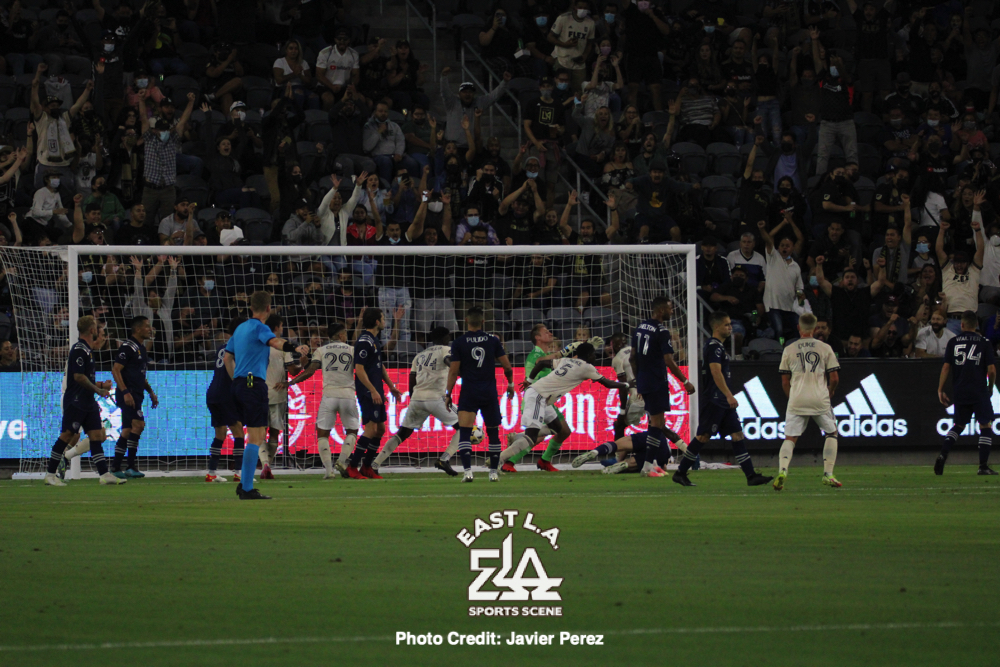 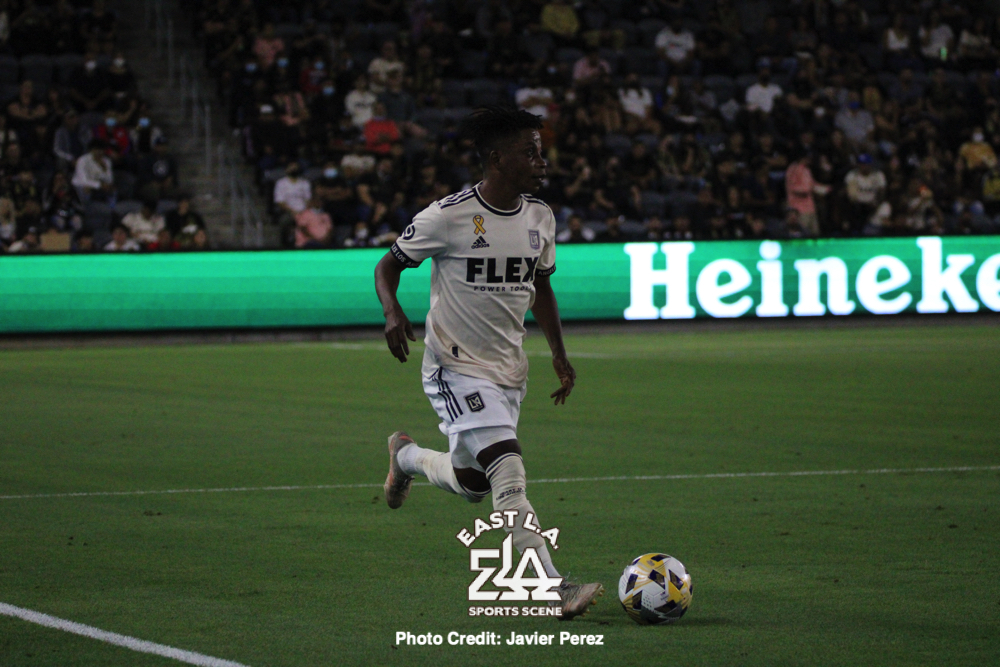 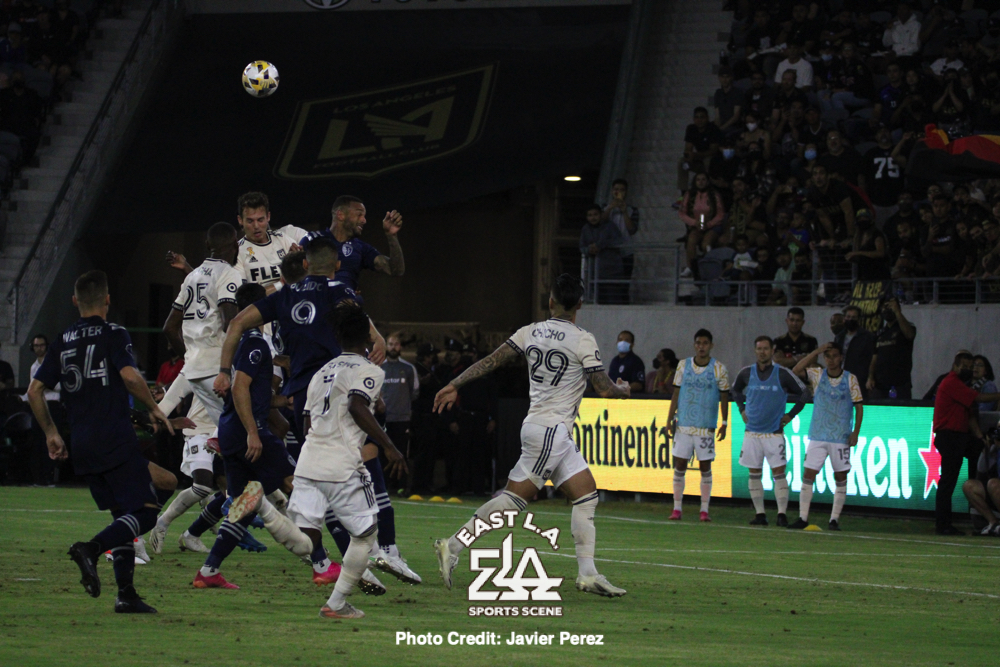 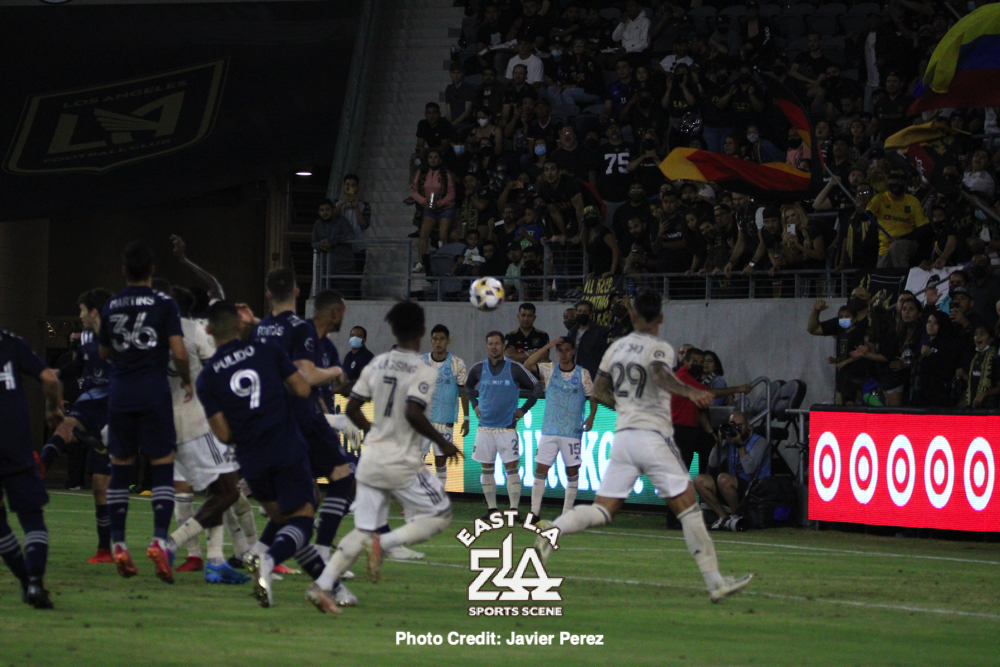 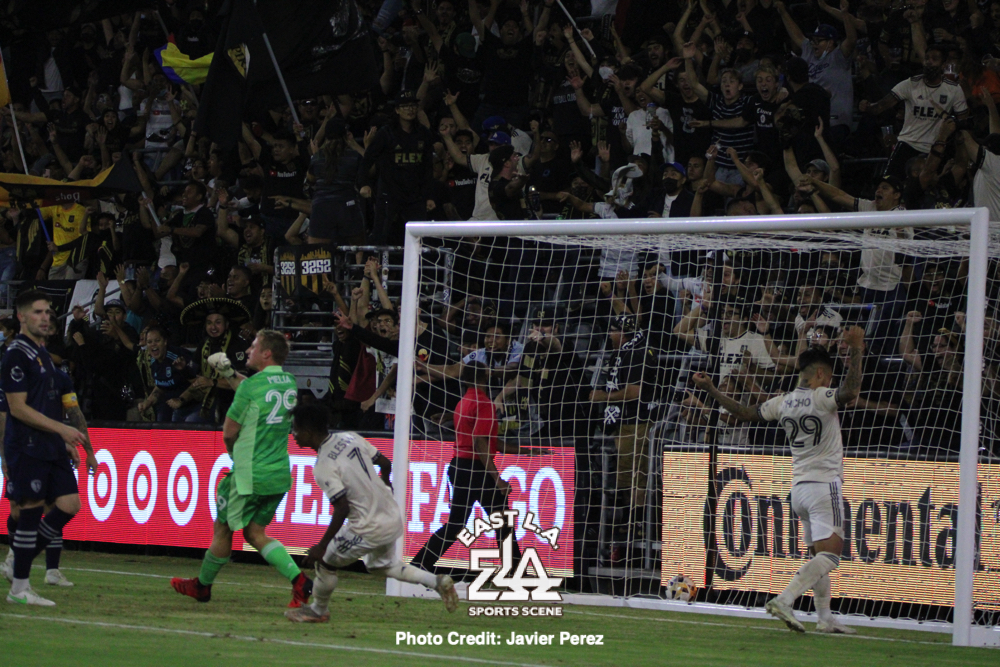 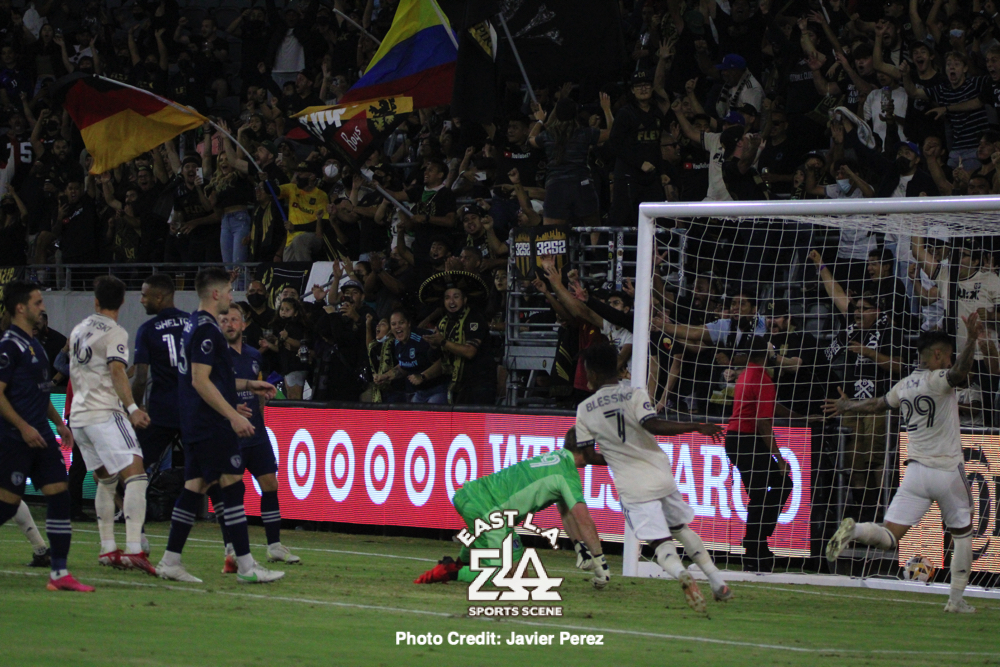 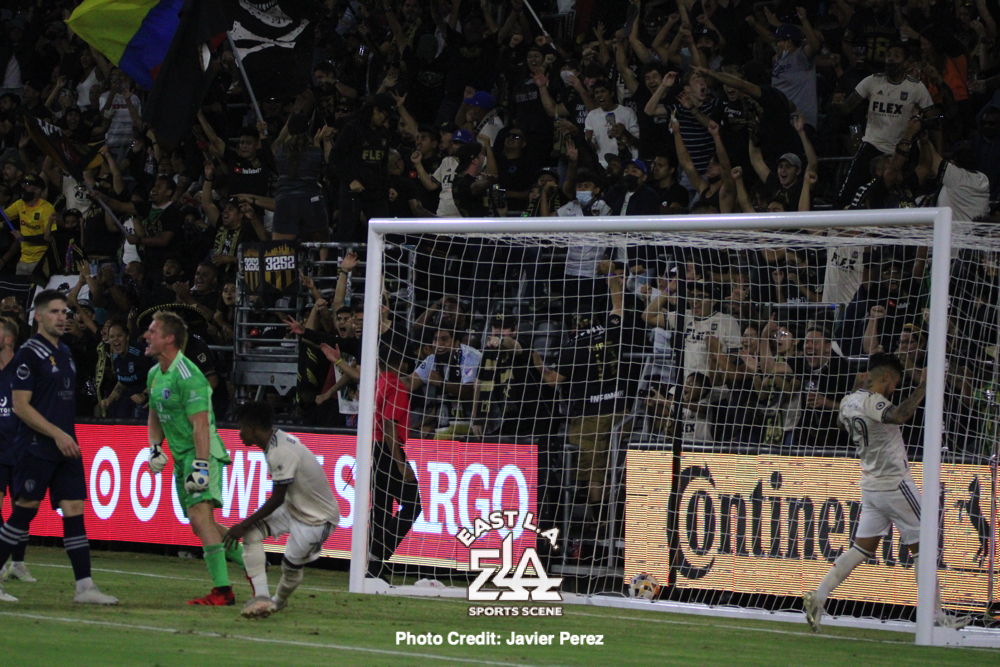 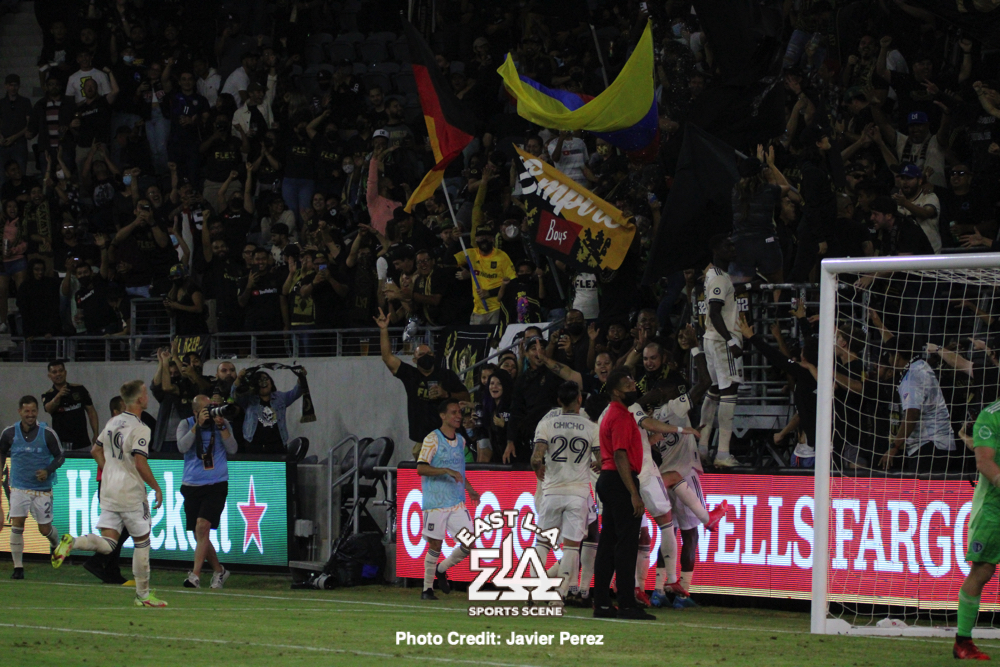 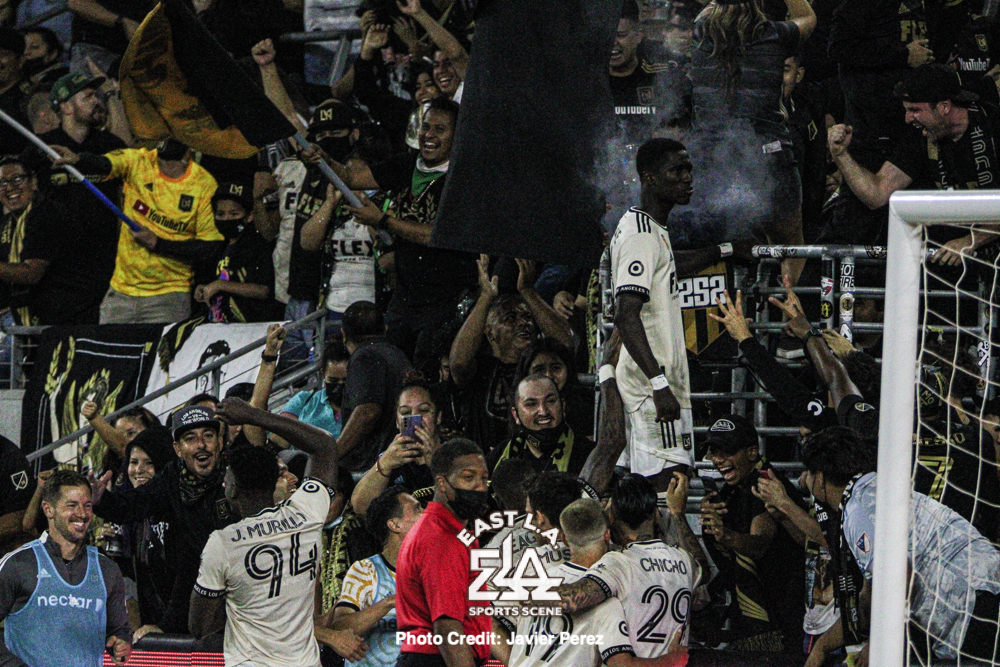 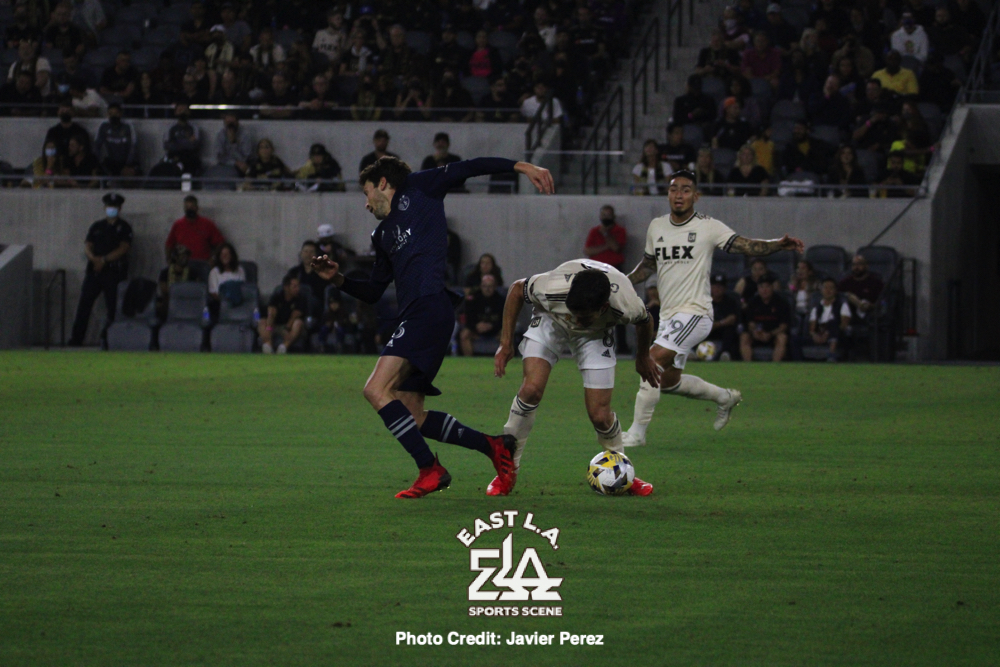 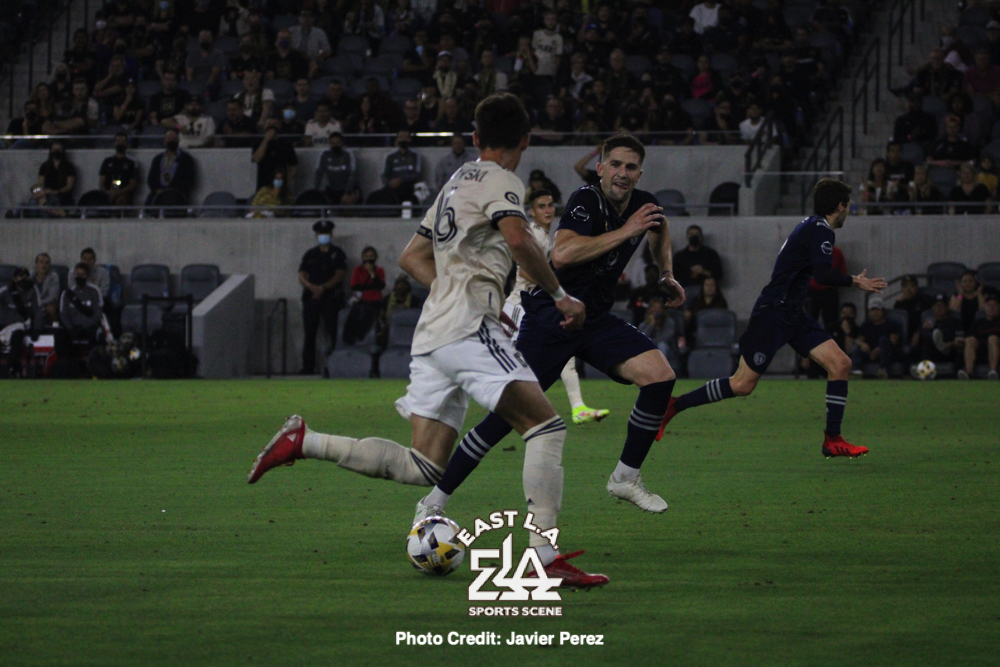 But then magically, on a patented crossing assist by MLS All-Star and newly designated Team Captain, Atuesta, he found Mamadou Fall, (Mbacke), in front of the net, and who then spectacularly headed it in past the Sporting’s green-clad, goalkeeper, Tim Melia. It was (1-0) LAFC at the 28th minute. There would be no more scoring in the period, but the Black & Gold did manage to have several more clear shots-on-goal, and Sporting had a Penalty Kick from 30 yards out, straight-on at the 40th minute, but could not convert it due to a block by the LAFC defending front line just above the box.

Just before the end of the period, a hard collision between teammates, Blessing & Atuesta, resulted in a serious medical look at Blessing who laid prone on the field for several minutes before getting up on his on power. The Referee added 2 minutes of stoppage time.

In second half action at the 50th minute, there was a play that involved Cristian “Chicho” Arango who was severely fouled while dribbling the sphere in the open field. It resulted in the disqualification of an angry #15, Roger Espinoza due to a Red Card issued by Referee, Drew Fischer, for an aggravated physical conduct penalty (trampling Arango’s right ankle). When play resumed, it was Fall’s turn to repeat his second successful “header” for his 2nd goal of the match at the 58th minute. It was now, (2-0) LAFC. The goal ignited Grupo 3252 to an even greater fever pitch of chants, roars, and cheers. Once more high hopes and confidence of a badly needed win arose from the huge crowd of fans present for the team. However, there was still 30 minutes left.

After the both teams faced off with negative “match” attitudes in the middle of the field a few minutes later…guess what happened?… Arango scored at the 70th minute, this time on a play directly in front of the goal as he beat the keeper, Melia, with a left-footer that literally screamed into the back of the netting. The score then grew to LAFC  3, Sporting KC  0.

Later on in the period, Sporting KC’s best scoring attempt, that came at the 80th minute of the match, was nullified when they were called for off-sides. In the final 10 minutes, the match was still testy even with the extra-man advantage, but LAFC stayed in attack mode and in the 86th minute, substitute, Danny Musovski, was tripped inside the box by Melia and was awarded a Penalty Kick. Atuesta took the shot and nailed it for the 4th goal of the match.

The Referee added 5 minutes of stoppage time to conclude the contest. Man of the Match: Mamadou “Mbacke” Fall for his two goals. The victory moved the Black & Gold up just a little tighter in the standings due to the 3 points it earned. They are now in 9th place, just behind Real Salt Lake.