Vela Remains With Much More In Store For LAFC Fans 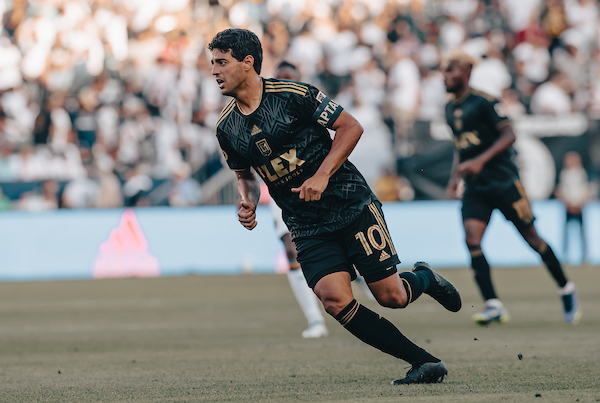 Captured in this MLS match moment is LAFC's one-and-only, #10/Carlos Vela. Thanks to the great Management decision to re-sign him through the completion of the 2023 season, El Capitán will remain with his team and lead them in the tremendous fashion that he's done since day one as a player. At this point in the season he has led the Black & Gold by example and a fierce winning attitude to have them in first place in the MLS' Western Conference. Photo Credit: LAFC

(East Los Angeles, CA) June 29, 2022 [From The Editor’s Desk]: The Great news still brings a tremendous smile and whoops of joy to all of Carlos “El Capitán” Vela’s fans as well as to the total and faithful fan-base of the LAFC/Black & Gold. Smile Happy!! is what everyone will continue to do if you were to ask them of this momentous, gigantic decision and mutual vote of confidence to have Vela’s outstanding soccer skills and MVP services in tow through the end of the 2023 MLS season.

Let’s all now take a look and a good read at the Club’s press announcement of this very timely announcement to its fan-base.

On Tuesday, June 28th, the Los Angeles Football Club (LAFC) announced that the Club has re-signed forward Carlos Vela as a Designated Player through the 2023 season.

The 2019 MLS MVP and current league record holder for most goals scored in a season, Vela leads LAFC this season with six goals and three assists in 15 games.

“Carlos has been an integral piece of LAFC’s success on and off the field since the beginning,” LAFC Co-President & General Manager John Thorrington said. “Carlos has proved that he is one of the top players this league has ever seen, and we are thrilled to have him continue to lead our Club as we attempt to win more trophies this season and beyond.”

The Mexican international has reserved his place in LAFC and MLS history with record-setting performances throughout his career. A three-time MLS All-Star, Vela led LAFC to the 2019 Supporter’s Shield and an appearance in the 2020 Concacaf Champions League Final, as he scored five goals in six games in the tournament. Vela won the 2019 MLS Golden Boot with a record-breaking 34 goals in 31 games.

“Los Angeles is a special place for me and my family. This is our home, and I am excited to continue my career here at LAFC,” Vela said. “My goal is to win the MLS Cup with LAFC, and I will work hard to achieve our goal, and I expect to continue to achieve great things for the Club, my family, our fans and the City of Los Angeles.” 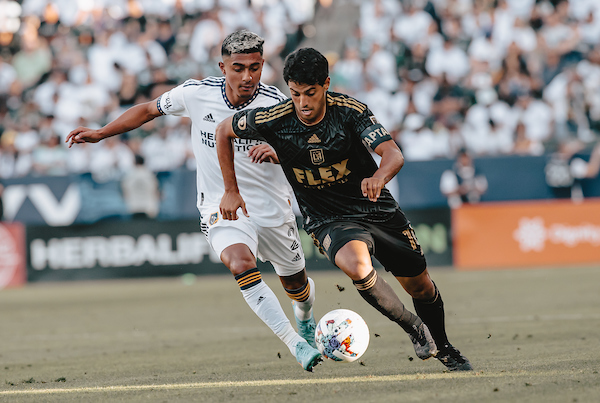 “We are ecstatic to continue working with Carlos at LAFC,” LAFC head coach Steve Cherundolo said. “He is a fantastic player and leader, and frankly, he has been and always will be an important member of the LAFC family.”

Overall, Carlos has made a total of 118 appearances for LAFC in all competitions, scoring (73) goals and registering (44) assists.

The Cancun, Mexico native was a key contributor to the Mexican National Team, playing in the 2010 and 2018 World Cup and appearing in 72 total games, scoring 19 goals.