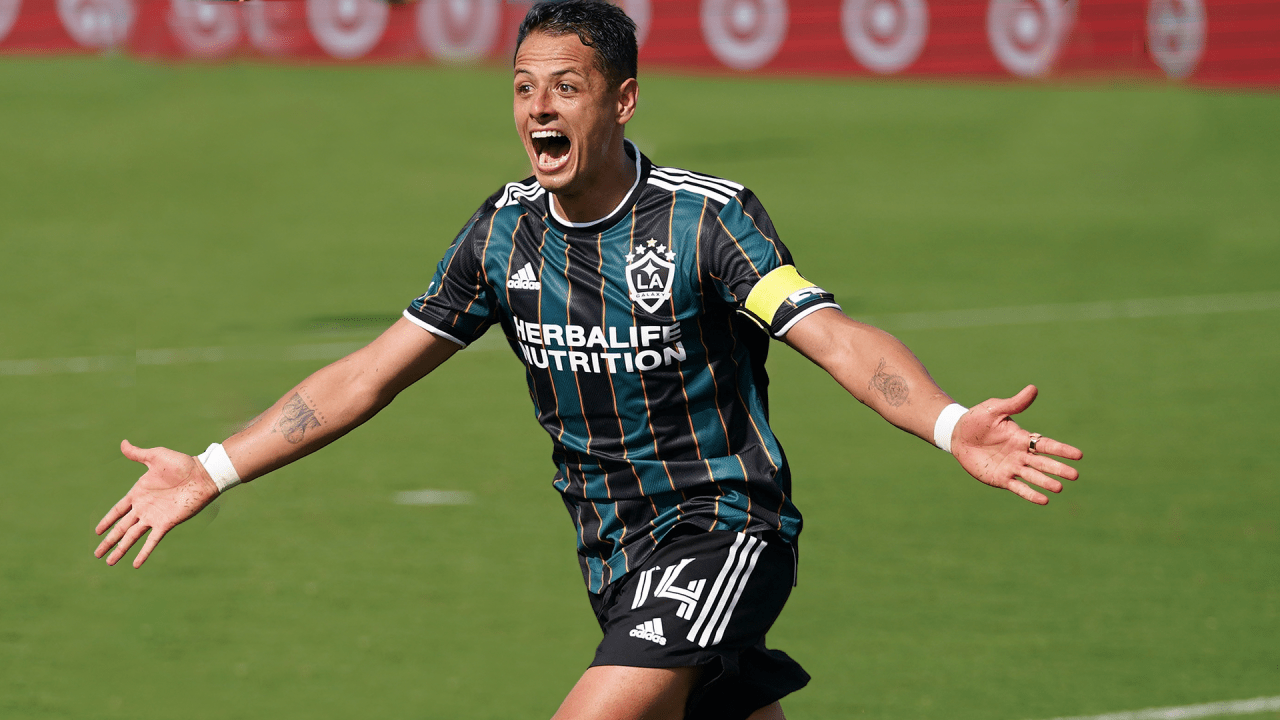 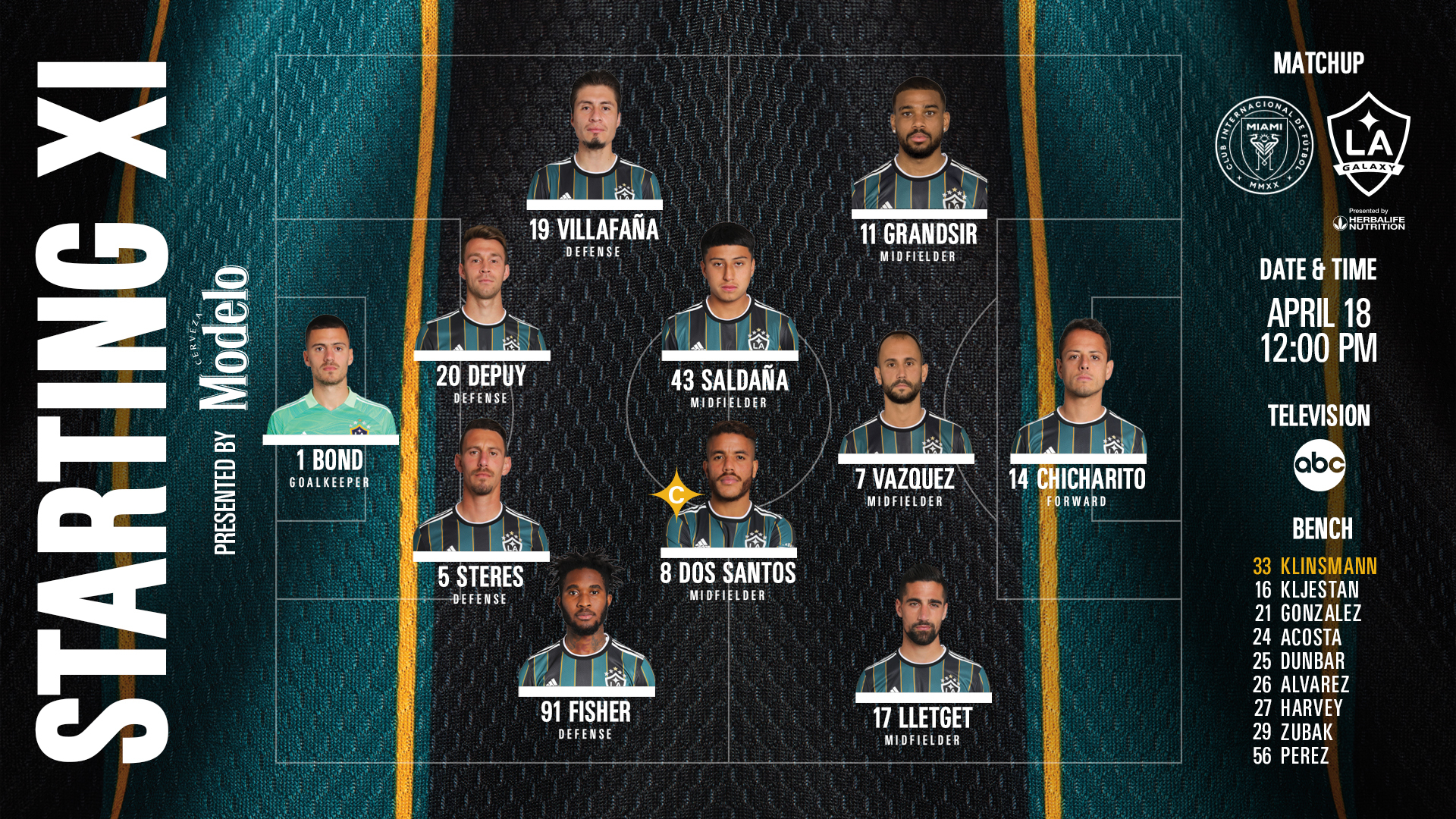 (East Los Angeles, CA) April 19, 2021 [From The Editor’s Desk]: The L.A. Galaxy traveled to the other side of the country to open up their 2021 MLS season on Sunday, 4/18. Here is the great backdrop that it presented. The Galaxy, a longtime branded staple of the League, versus an expansion team located in Miami, Florida, that is owned by a former Galaxy player, an unforgettable soccer great, as well as a storied legend, all rolled into the person of David Beckham.

(Of Significance): What a better way to start the season off but on the right-foot, and due to his right-foot placement skills that produced two match-tying goals, and not to overlook his leadership talents, Javier “Chicharito” Hernández was named the MLS’ Player of the Week. 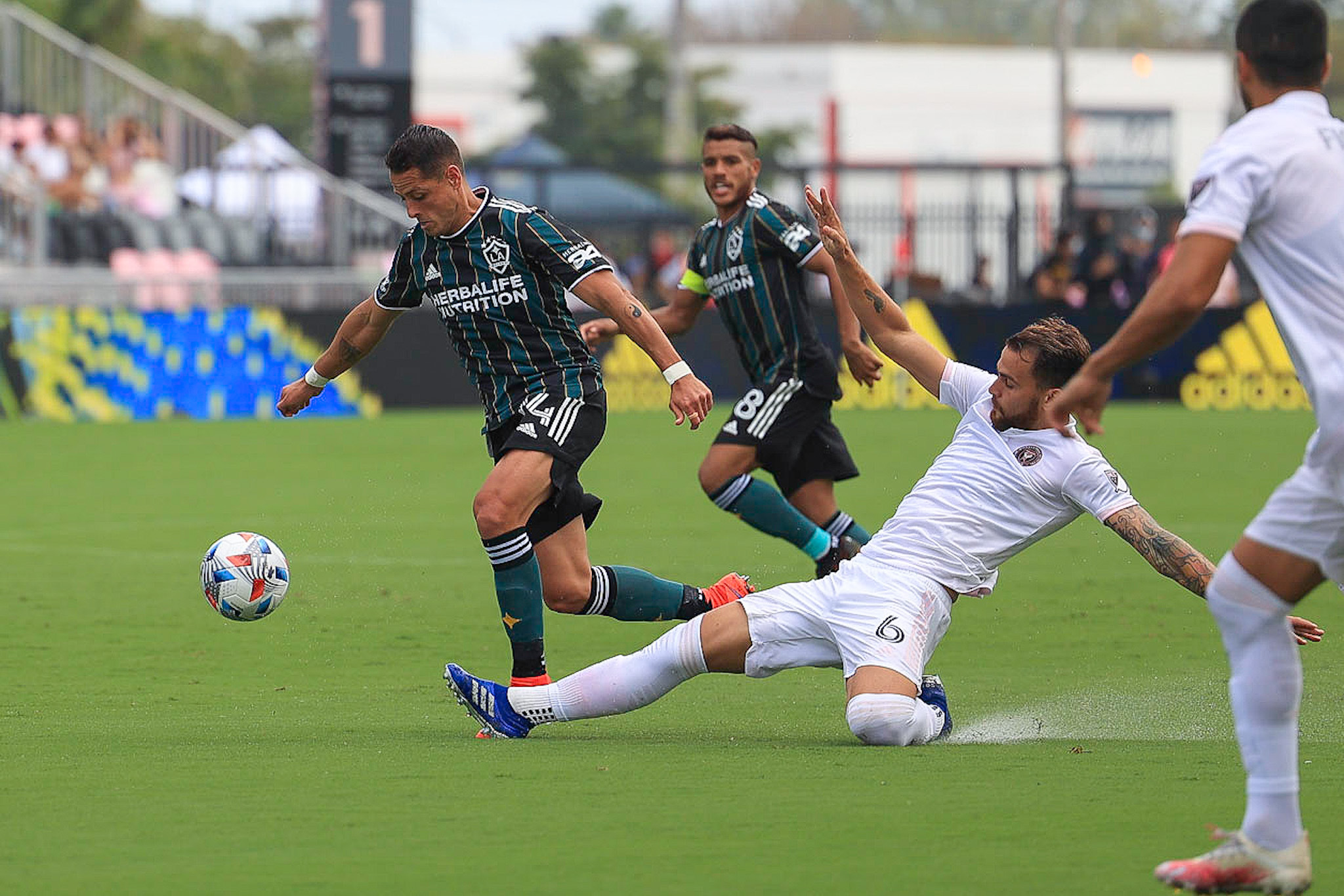 (About Our Correspondent): Javier Pérez is a Film, TV and Media Major with a Minor in Photography at Cal State University Dominguez Hills. He is a 2018 graduate of Marquez High School, located in Huntington Park, CA, and earned varsity letters in both Football and Soccer. Javier is now in his Junior year.

Here is his account of the match. | The Los Angeles Galaxy faced off against this talented squad for the first time in its club history in the inaugural match week for the 26th edition of the MLS tournament. The Galaxy visited their former player, David Beckham, and his new MLS Expansion team in Miami as both teams looked for a brand new start. The Galaxy certainly wanted a dynamic one under their new management team, and were just very eager to forget the horrendous 2019/2020 MLS COVID-plagued season. 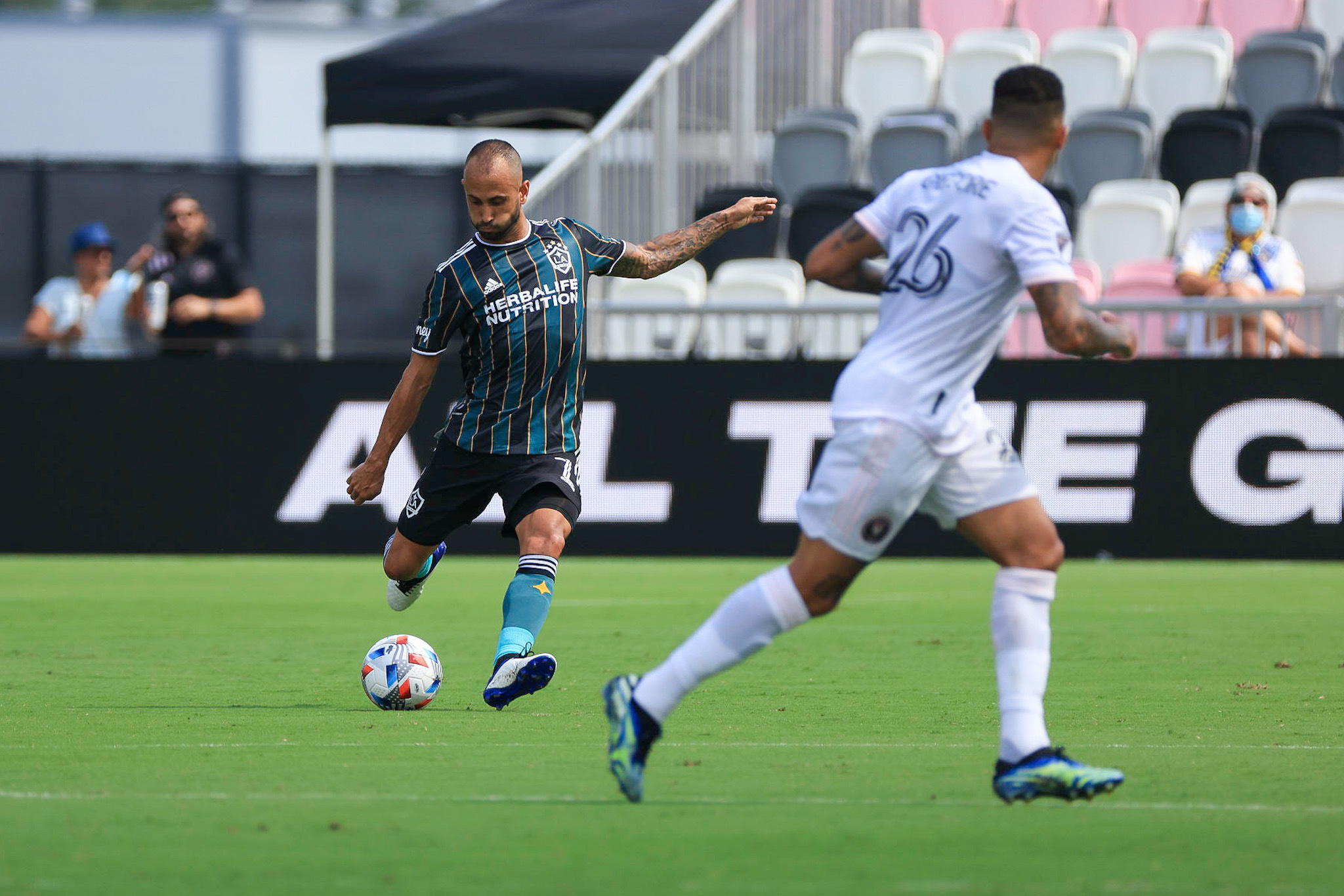 Under that new management and the on-field technical direction of Greg Vanney, the Galaxy arrived in Miami with a plethora of new faces that were added to the roster as part of a new project headed by their new coach. Players like Spanish veteran midfielder, Victor Vazquez, French winger, Samuel Grandsir along with defenders, Oniel Fisher, Jorge Villafaña and goal-keeper, Jonathan Bond, all made their Galaxy debut together in an MLS match. A re-invigorated team captain, “Chicharito,” also is hoping to drastically pick his game up since his unwanted and disappointing slump last season. And as the highlights will show, that he did without a shadow of a doubt! 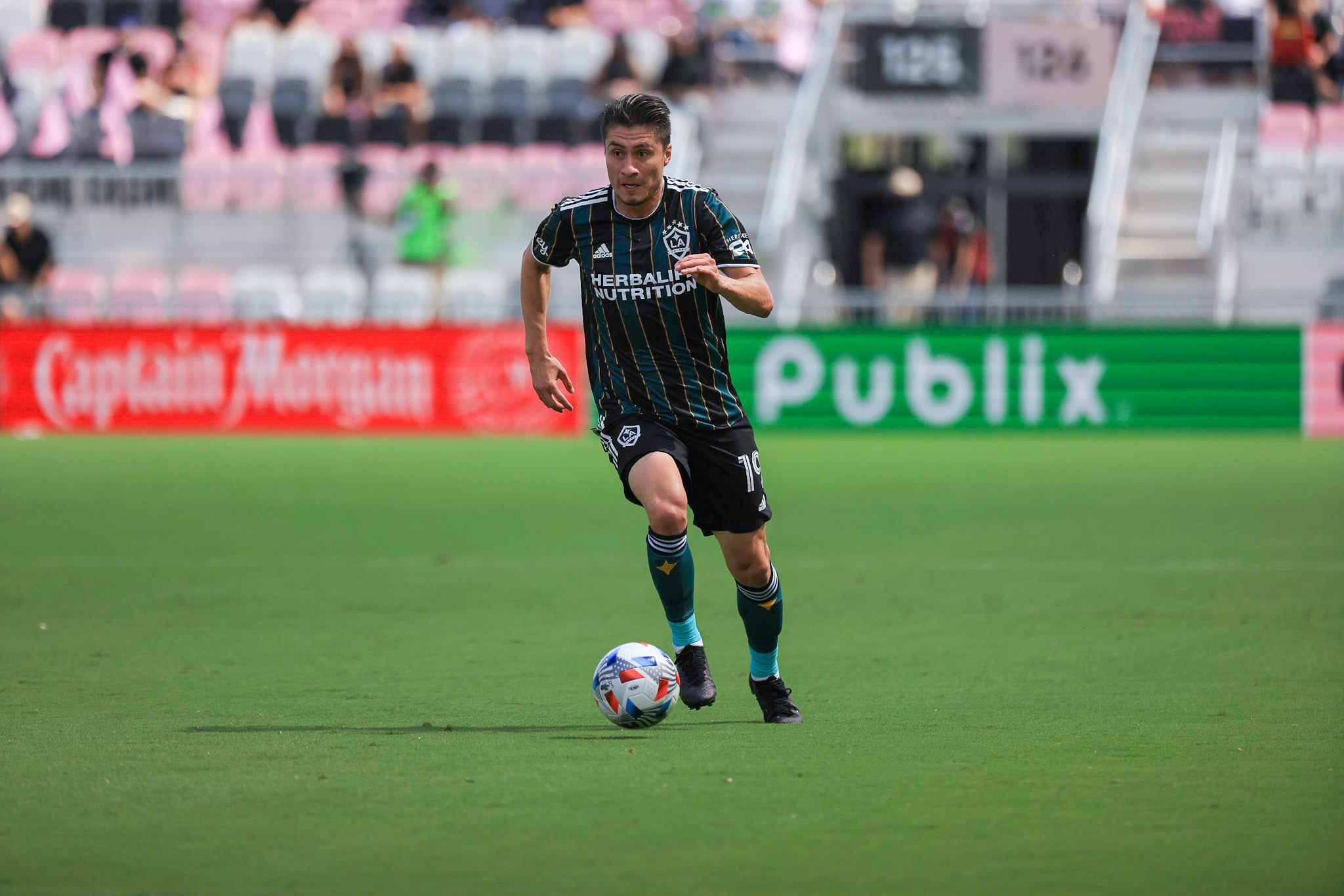 The Galaxy kicked-off to start the match and the first half remained tight and tense as both teams looked to score, but not concede. But just before the halftime whistle, and in stoppage time, a lack of communication, and poor off-side awareness gave the chance for Gonzalo Higuaín to catch-up to a through ball before passing it to Robbie Robinson as he slotted it past Galaxy goalkeeper, Jonathan Bond and into the back of the net. Galaxy went into the locker room down (1-0) at the half.

The Galaxy started the second half hungry for a goal. Their persistence came to fruition as a nice run from Ethan Zubak resulted in his sending a ball right onto the feet of  “Chicharito” as he beat the defender to slot it past the goal-keeper, John McCarthy, for the equalizer at (1-1). The goal came at the 62nd minute. 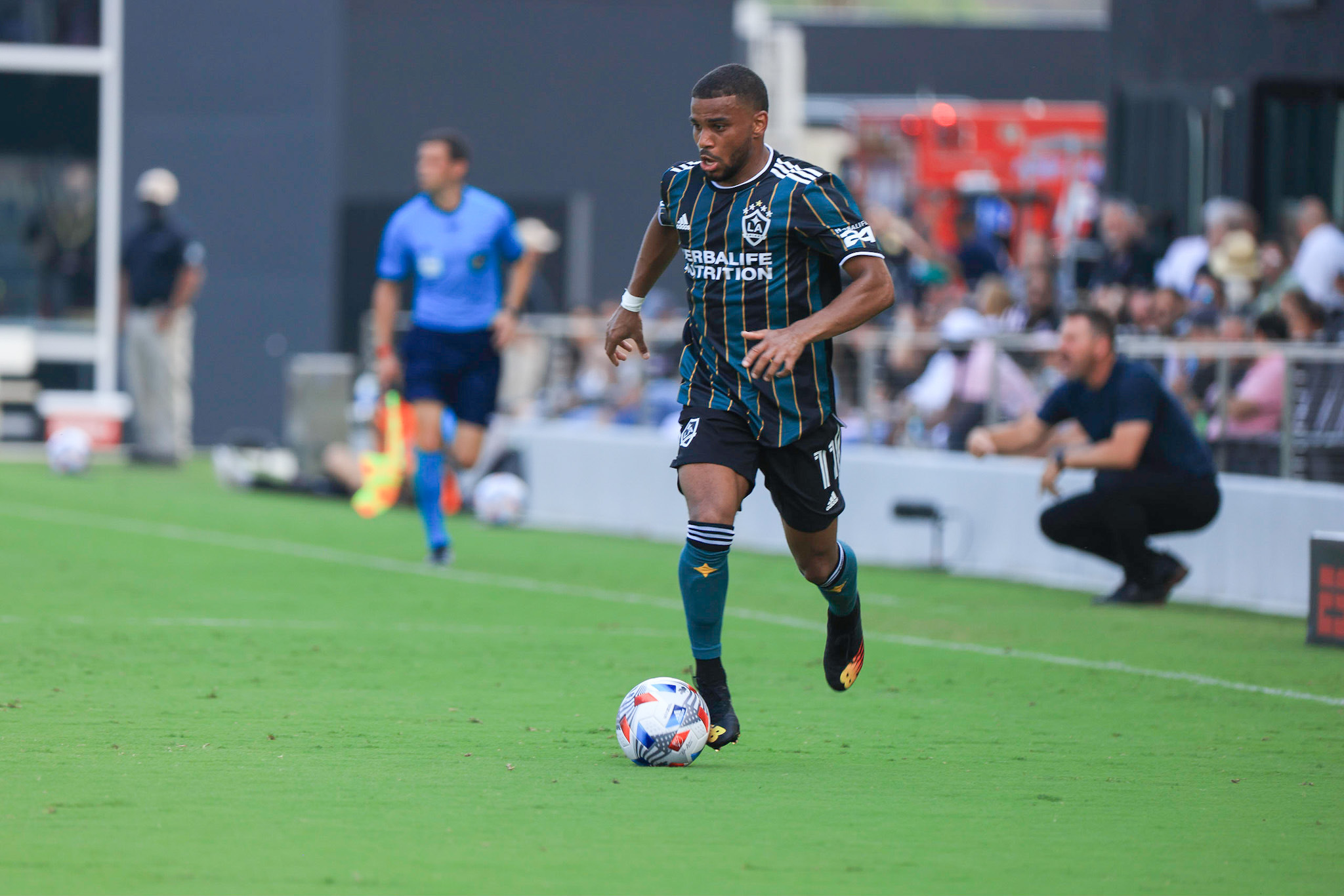 Inter-Miami, recouped and in attempting to regain the lead, played a dangerous ball into the center where Rodolfo Pizarro is brought down hard by Jorge Villafańa after a nice dribble, and the referee by rule, added on a penalty for the eventual solo, direct kick on goal. Higuaín promptly stepped up and pushed it past goalie, Bond for the (2-1) advantage. The goal was struck at the 68th minute.

However, the Galaxy didn’t give up. After a rebound from a shot, in classic “Chicharito” style, and at the 73rd minute of the match, he instinctively found a way, and managed to put the sphere into the net to tie the match for the second time, making it a (2-2) score.

With time running down, at the 81st minute, the Galaxy kept their defensive intensity level high, eventually ending the ABC’s Network nationally televised match with a thrilling goal by veteran Sacha Kljestan after Sebastian Lletget left him the ball perfectly for the match-winning goal! The Galaxy have the week off until this Sunday for their Home Opener. 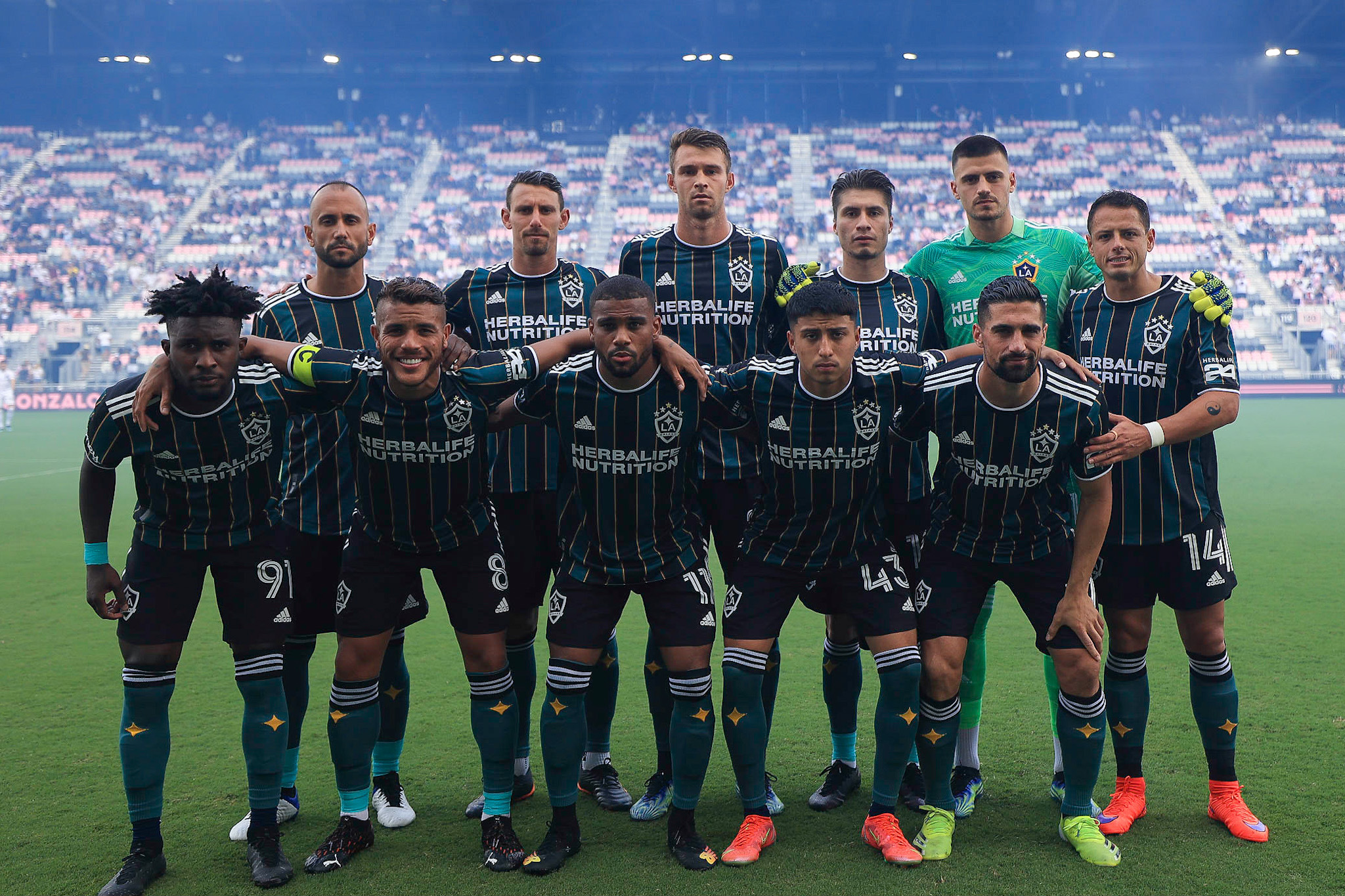 (Next Up): The Galaxy now await their home opener in the Dignity Health Sports Park against the New York Red Bulls on Sunday, April 25th at 3:00 pm.|Media coverage: FS1, FOX Deportes