Dodgers One Victory Away From Ending 32 Year Title Drought 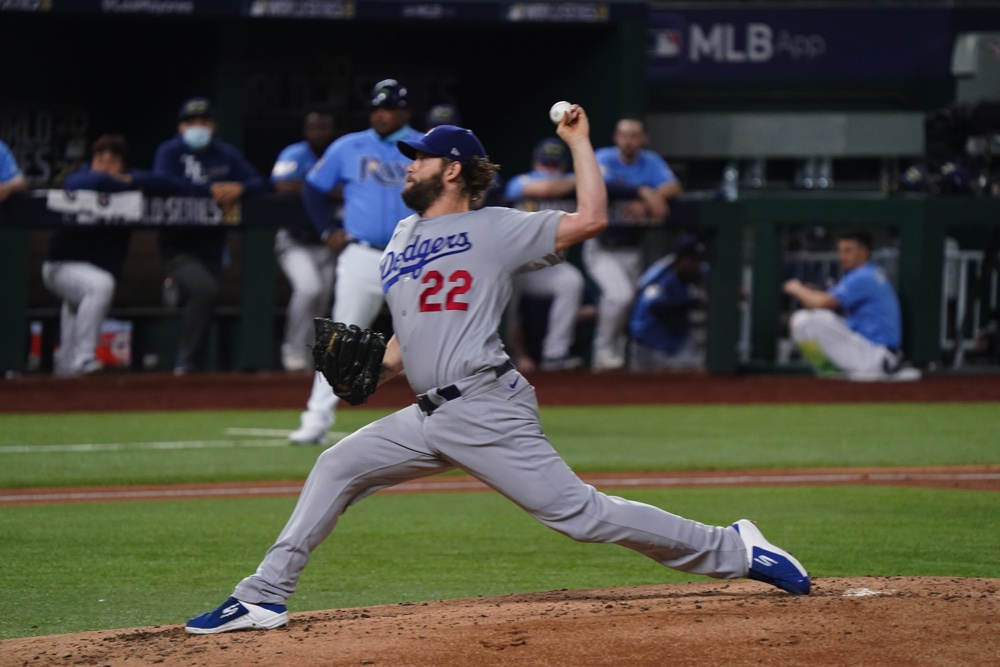 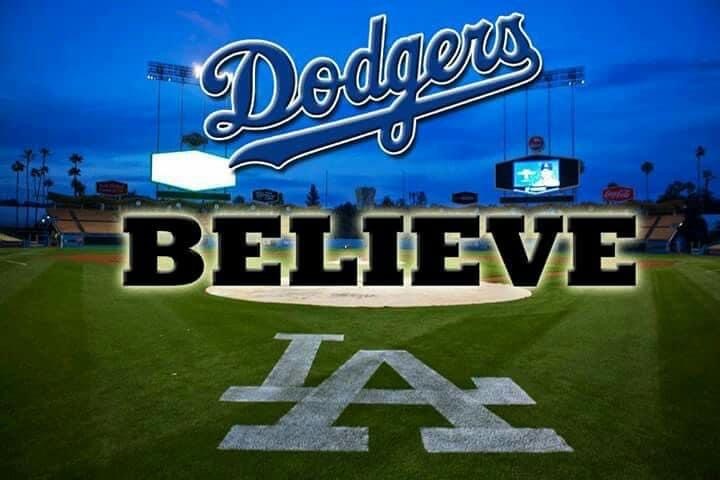 (East Los Angeles, CA) October 26, 2020 [From The Editor’s Desk]: The Dodgers and Manager Dave Roberts sent their Master Craftsman to the mound in high hopes that he would deliver the Series game advantage and the momentum back to his teammates with a well-pitched effort. He once again did not disappoint them, nor his fans, nor his City of Angels, nor the Dodgers Nation. Clayton Kershaw has solidified his legacy as a Dodger great and now sets his sights on watching a Game 6. And should it be necessary, a possible return trip to the hill if his services are needed one final time. That will remain to be seen, as Game 6 is on tap for later on today, Tuesday, Oct. 27th, and the “If Necessary” Game 7, set for Wednesday, Oct. 28th. 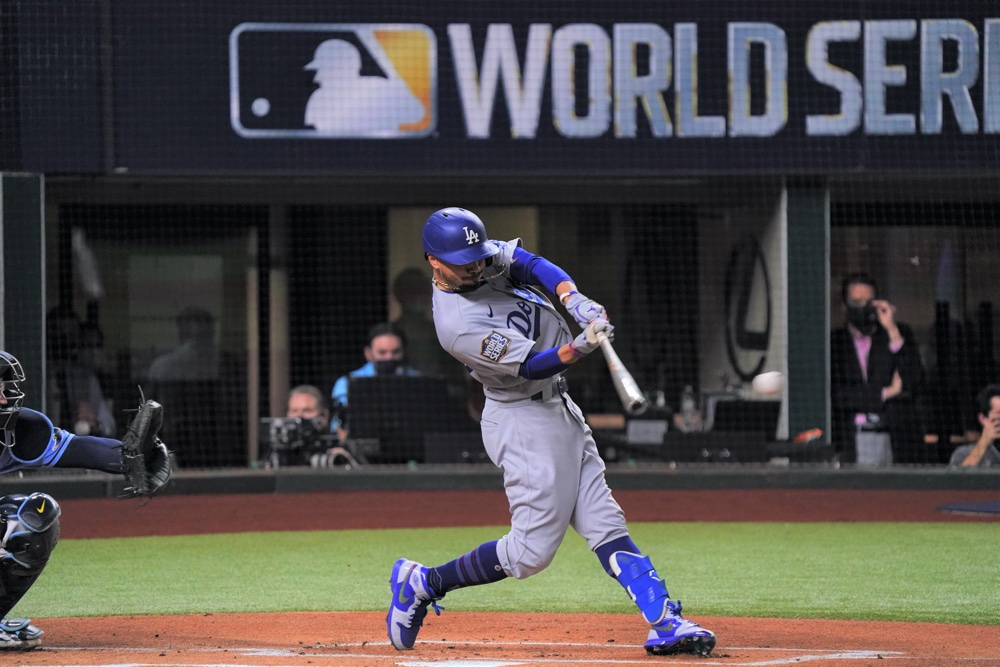 (Let’s begin our Game 5 Summary): The Dodgers wore their road grays for the third and last time in the Series. And with that, they batted first. In most of these games, the Dodgers have enjoyed a very good “first-ups.” In this pivotal and greatly needed game, they scored one run in the opening frame, and then 2 more in the second. Their fourth and final run of the game occurred in the fifth. They were held scoreless from that point on.

Meanwhile the Rays managed to put their only 2 runs up on the board in the second inning. That would be all of their scoring as Kershaw with his outstanding performance. Meanwhile, the Dodgers long ball hitters, Joc Pederson, (a 425′ monstrosity hit into the left-centerfield stands in the 2nd inning), and Max Muncy in the 5th, did what they have recently been doing well, hitting HRs. They obviously accounted for at least 1 run scored each with their swats, but there were only two more RBIs credited, one to Corey Seager in the 1st, scoring Mookie Betts after his lead-off double, and then Cody Bellinger who brought in Seager, also in the first. That run production was all that Kershaw needed for his 5 2/3 innings of gritty and good old-fashioned “bearing down” hard on the Rays hitters to his maximum abilities. Outside of a triple by Yandy Diaz, there was never any long ball or gappers threat from the other Rays hitters. Any offensive productivity was measured in singles. That was basically the nuts and bolts of the contest. 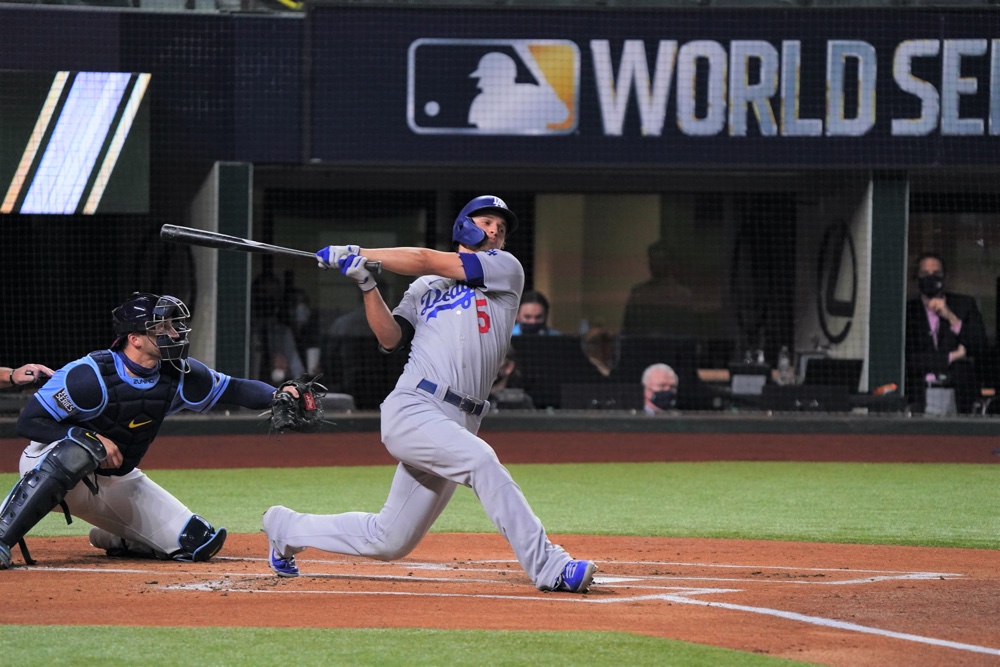 However, time now to give credit where the credit is due..to the bullpen. First, Manager Dave Roberts stayed 100% with his pitching plan, even when it came to pulling one of his best, Clayton Kershaw. Although it was momentous, Kershaw agreed with the move even though Dodgers fans present at the game showed their displeasure with some low, but audible boos and protests. Roberts then tapped the red-head, Dustin May to come in with his flamethrower fast-ball to keep the Rays guessing and off-balance. He did this well for 1 2/3 innings before being lifted by Roberts for southpaw, Victor González, who pitched 2/3 of a stanza, yielding only 1 walk. And finally, to close it out, it was the newcomer to the team, right-hander Blake Treinen who pitched one full inning, a 1-2-3er at that, and got credit for the Save. Manager Dave Roberts gets all the credit for masterminding this huge and momentum-building win.

To close out the game summary, here is our description of the “Play of the Game.” In the 3rd inning, Tampa Bay’s Manny Margot, who had reached 3rd base, watched Kershaw go through his southpaw pitching “out of the stretch” mechanics. He believed he saw something that made him fallible to a potentially successful stealing of home plate. Then, after carefully sizing up his left-handed hitting teammate, Kiermaier’s at bat, it turned out, that Margot attempted a game-changing and a breathtaking move on that feeling when he suddenly broke to the plate while Kershaw held his arms up high prior to his release. Kershaw, with his back to Margot, had no idea where he was on the basepath until Max Muncy yelled at him to “Step off, Step off,” (the pitcher’s rubber) and throw to home plate. In the blink of an eye, or a fraction more, catcher, Austin Barnes applied the tag to Margot’s sliding, outstretched hand, just in the nick of time. The plate umpire had the best look in the house and strongly, but emphatically signaled “Out!!” Dodgers fans were ecstatic as were the players. After a brief video playback, the call was made official. The tying run was denied and the side was retired. Game Instinct and Flawless Execution were the game virtues on display. No repeats of the “Wild, Wild 9th Inning” of Game 4!!! 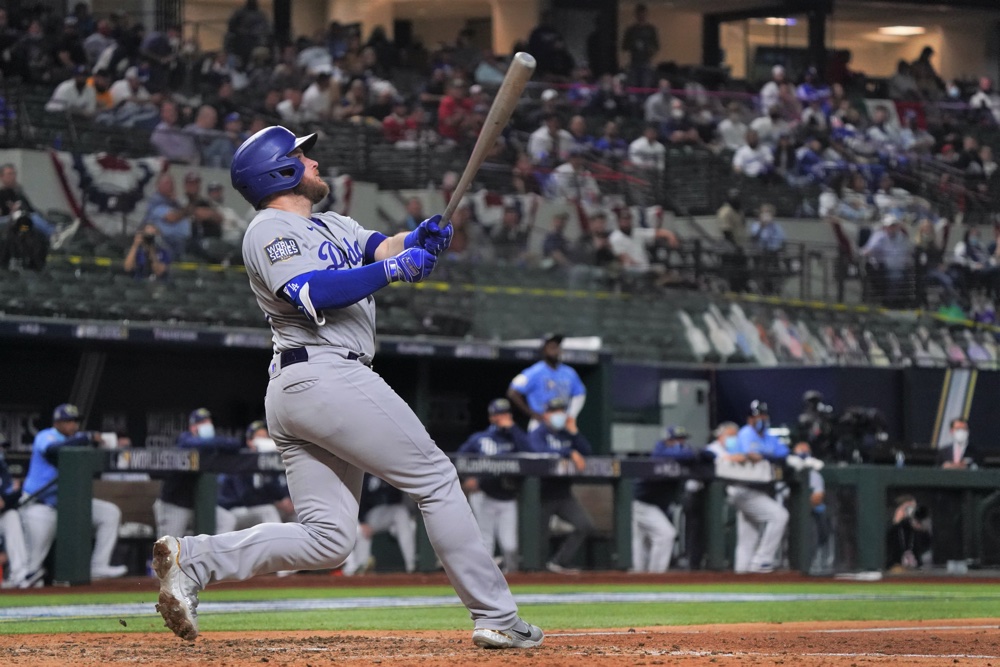 All that’s left for Dave Roberts now is one more game to win under his management, instinctiveness, and direction. When the final out has been made, it will be time to rejoice and give thanks that the Boys In Blue have represented us well in this strange, but productive season of 2020 and COVID-19. We can’t wait for the 116th World Series Championship Trophy to be brought back home to the City of the Angels, Los Angeles, California. Let’s Go Dodgers/Vámanos Dodgers!!!