Soccer Is The “Buzz” All Over The City, County, & Region 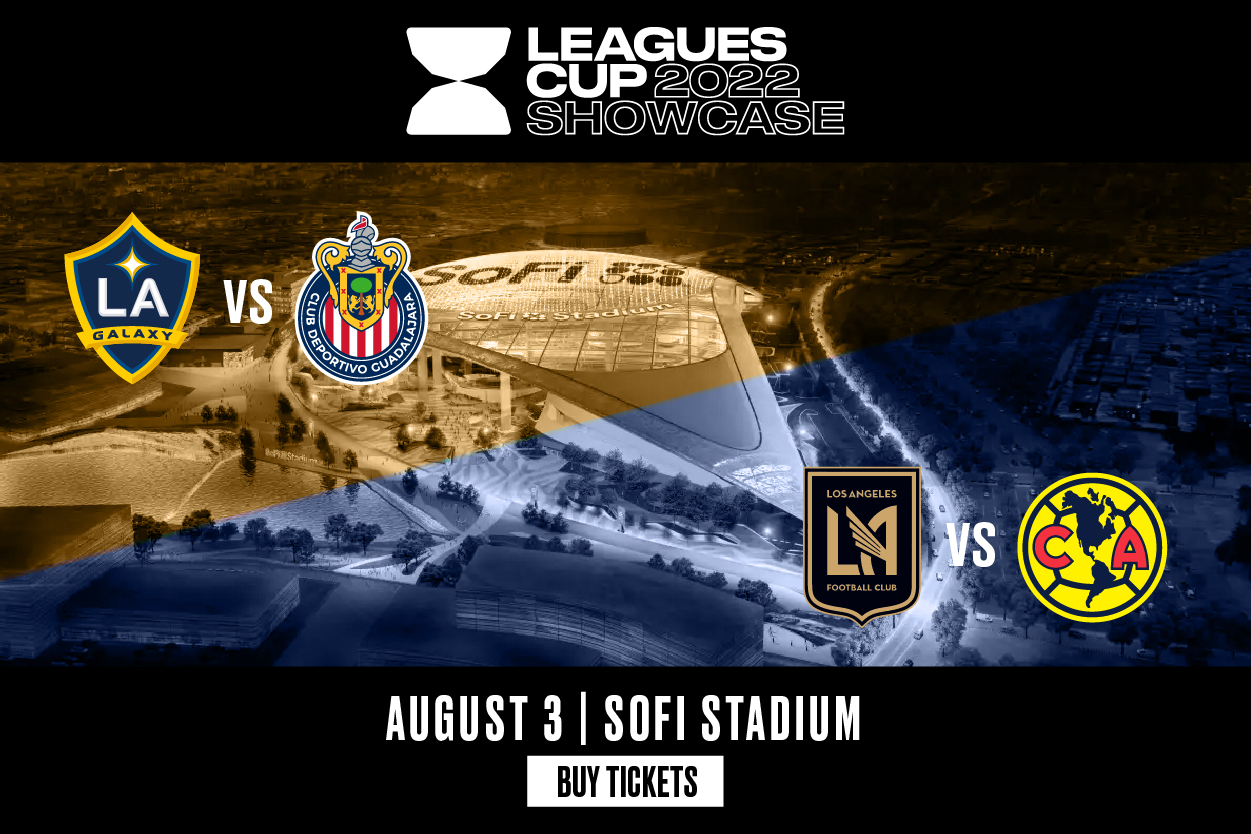 (East Los Angeles, CA) August 2, 2002 [From The Editor’s Desk]: The time is almost here. Just one day away from the historic Leagues Cup 2022 Showcase, in the form of a rare soccer “double-header,” to be played on Wednesday, August 3rd at SoFi Stadium, making it the first international soccer attraction to be headlined here in Southern California at one of this World’s most famous stadiums.

Set to face off in the first match will be the L.A. Galaxy as they take on the Club Deportivo Guadalajara at 5:30 PM, then to be followed by the L.A. Football Club (LAFC) matching up against Club America.

Tickets have been selling briskly, so at this time, try www.Ticketmaster.com or to inquire about purchasing suites, go to www.SoFiStadiumSuites.com. However, if you can’t find tickets, fans are encouraged to watch both matches on National TV: Univision/TUDN/ESPN

Hope you can make it out to see a great night of serious and exciting competition between our two Los Angeles-based Major League Soccer (MLS) teams, the L.A. Galaxy and the Los Angeles Football Club (LAFC) versus La Liga MX’s traditional titans, Club Deportivo de Guadalajara and Club America respectively.