Team Trades Two 7th Round Picks For One Next Year 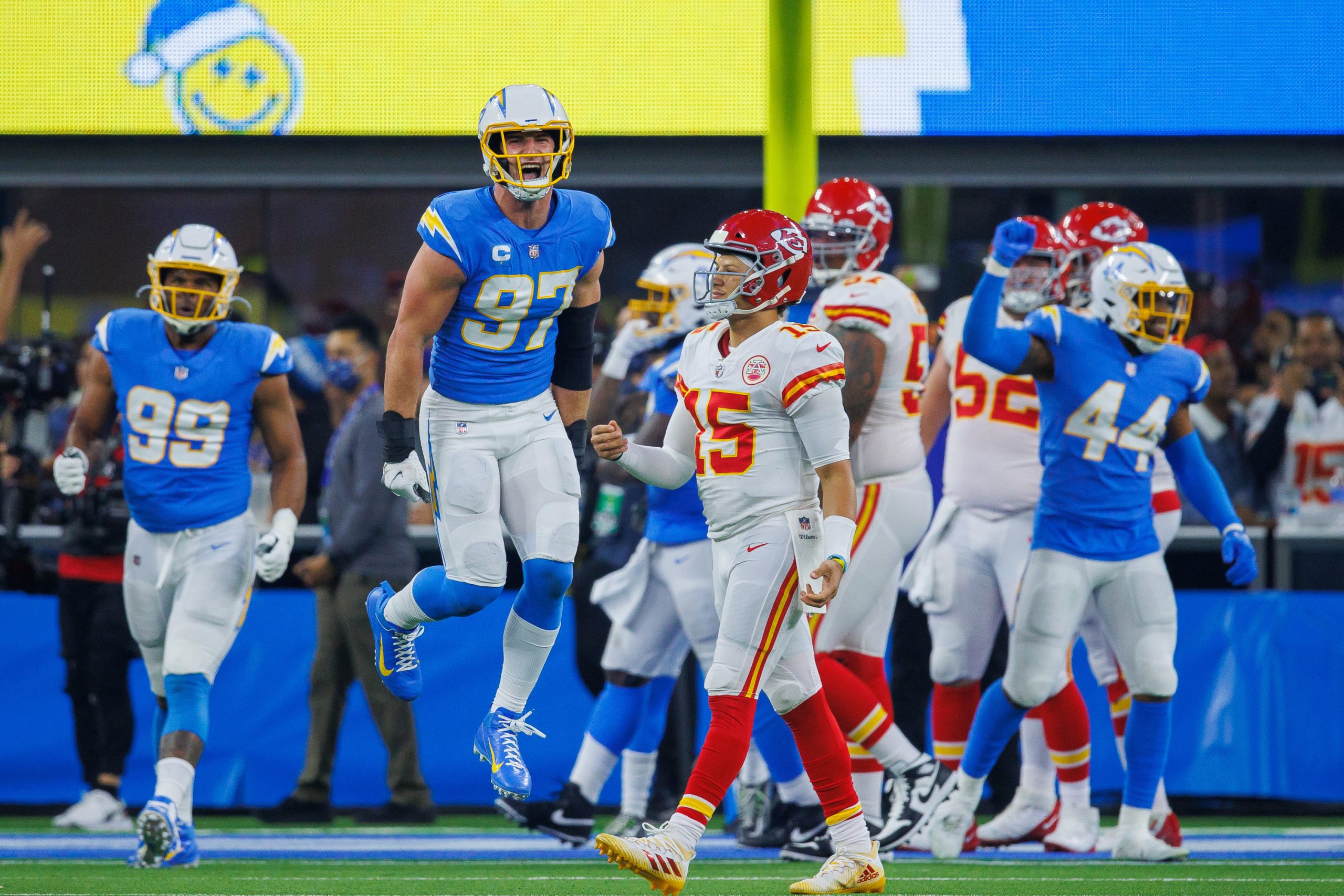 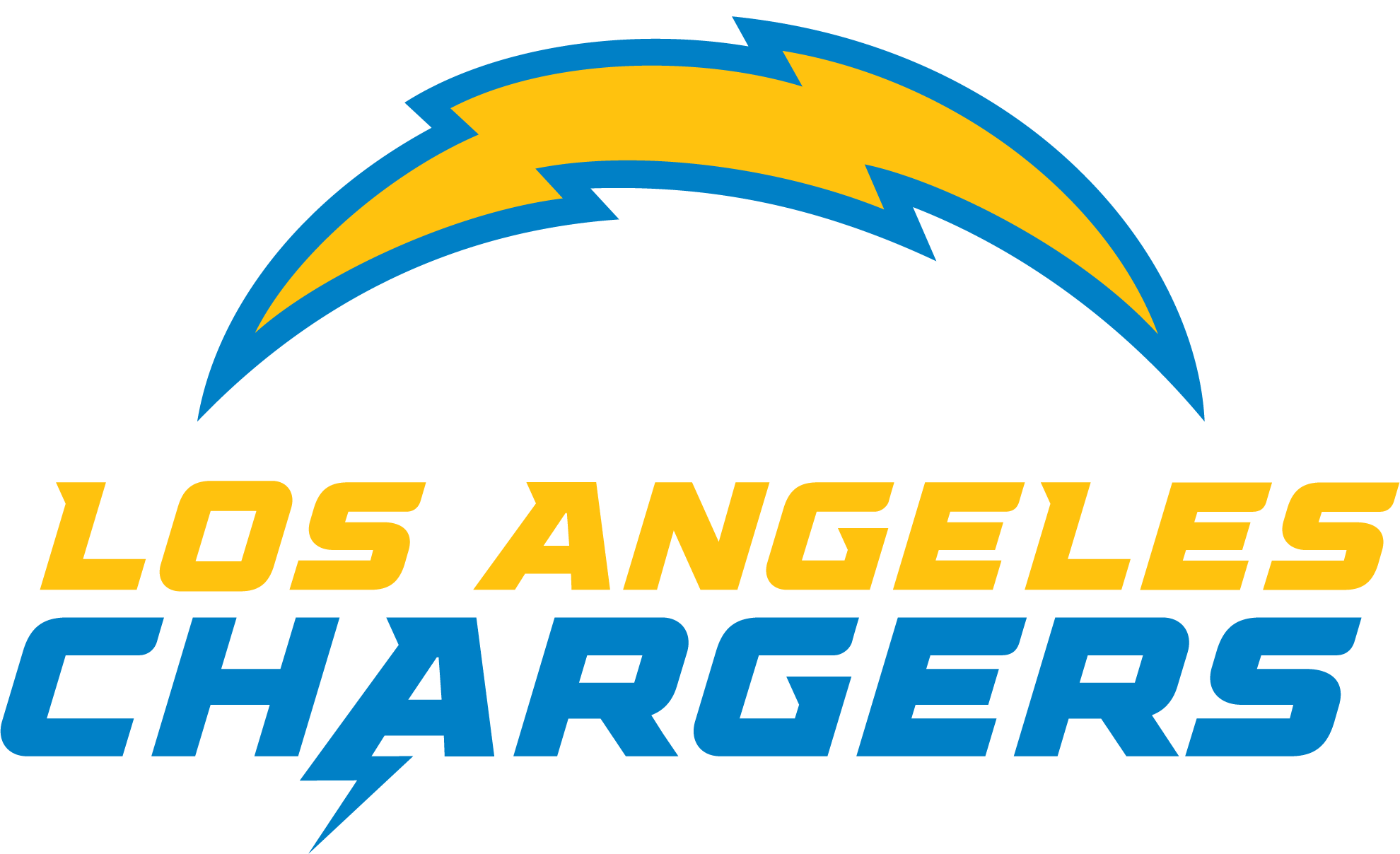 (East Los Angeles, CA) May 2, 2022 [From The Editor’s Desk]: With all the dust now settled, the dynamic Los Angeles Chargers DraftFest/Open House Day concluded and its “War Room” at SoFi Stadium closed down, it’s now time for the Team’s Coaching staff and new Director of Player Pro Personnel to evaluate and then bring under team jurisdictions their new selections and begin a brighter plotting, and strategic planning for the upcoming NFL season.

Having said that, here is a great synopsis and analysis of their draft as quoted by the Chargers, General Manger, Tom Telesco. The full interview is brought to you in a transcripted format.

(On the selection of RB/Isaiah Spiller): “Big back. Well-rounded. A lot of production in the SEC. A lot of big, explosive runs. 20 years old, so he has a lot of good football ahead of him. Wanted to add another running back to that room to kind of compete for some work with [RB] Austin [Ekeler]. It was a good pick for us.”

(On Spiller’s ability to pass-protect): “Every single college back needs work on pass protection, but he has the size and the physicality to do it. He has good hands out of the backfield. He’s a very well-rounded back. He’s over six-foot, 218, 219 pounds, but still a really good athlete. Against really high-caliber competition, really produced well and had a lot of big, long, explosive runs.” 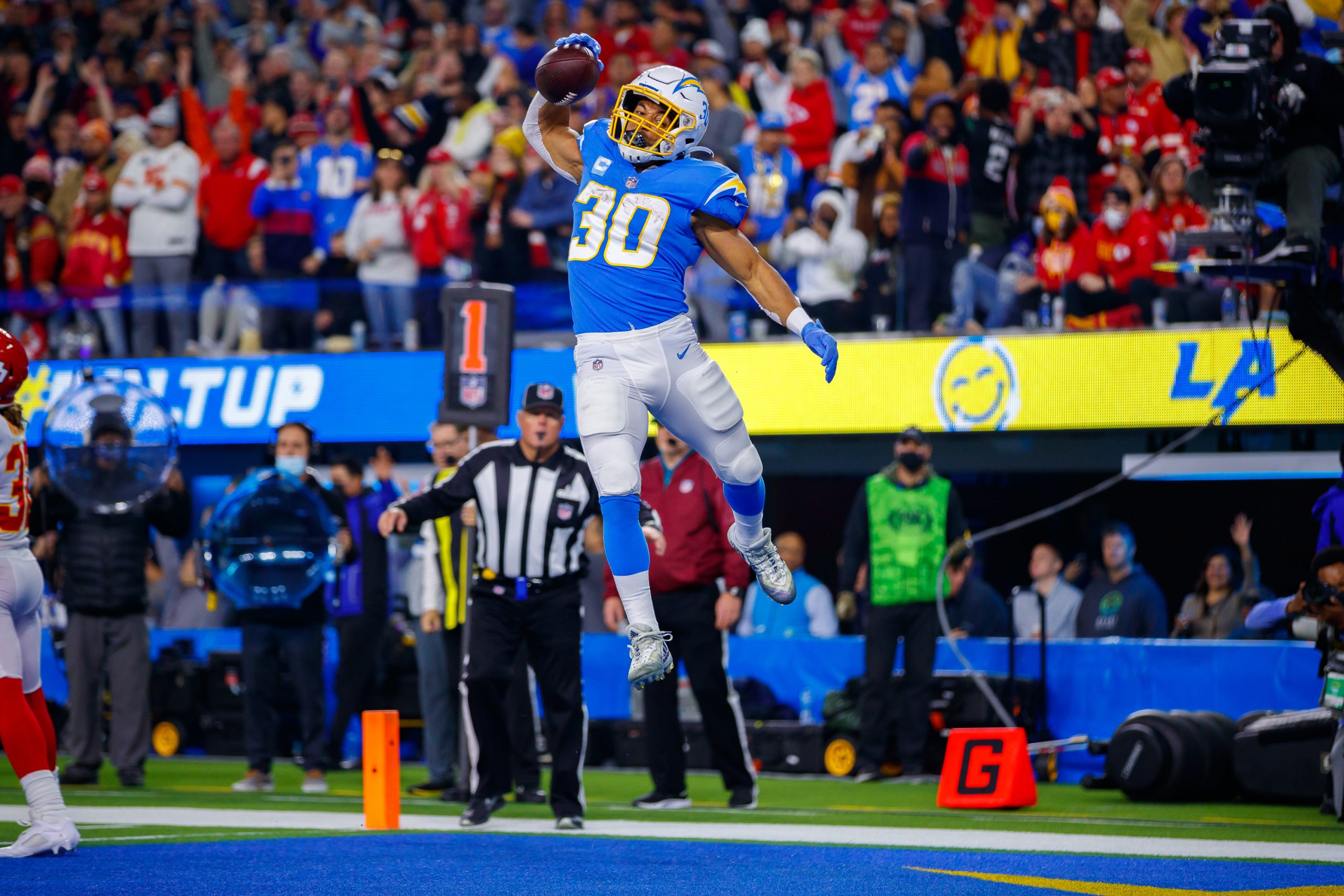 (On the selection of DL/Otito Ogbonnia): “Big, strong defensive tackle. He was a two-sport college athlete for at least two or three years at UCLA. He was a shot-putter there, which is always interesting for that event because the lower-body explosion, upper-body explosion, and he plays defensive tackle. Really excellent size — strong, leverage. Great kid. Had a chance to spend a lot of time with him here at the local day, so that’s always helpful.”

(On if a prospect that has experience throwing the shot put or discus is a benefit): “I love that. I love wrestling backgrounds for offensive linemen. The longer that we’ve gone on, less and less kids are playing multiple sports in high school. But, obviously, he was so good at it that he could do it in the Pac-12, just like how [S] JT Woods was running track at Baylor. That’s pretty interesting stuff right there.”

(On the selection of OL /Jamaree Salyer): “He’s an interior, more than likely, just based on his dimensions and how he plays. Played tackle in the SEC and really produced pretty well. Big and strong. Was a big recruit out of high school. The fact that he has played five spots is obviously a good feather in his cap, including some center. We’ll see where it goes, but that was good, as well.” 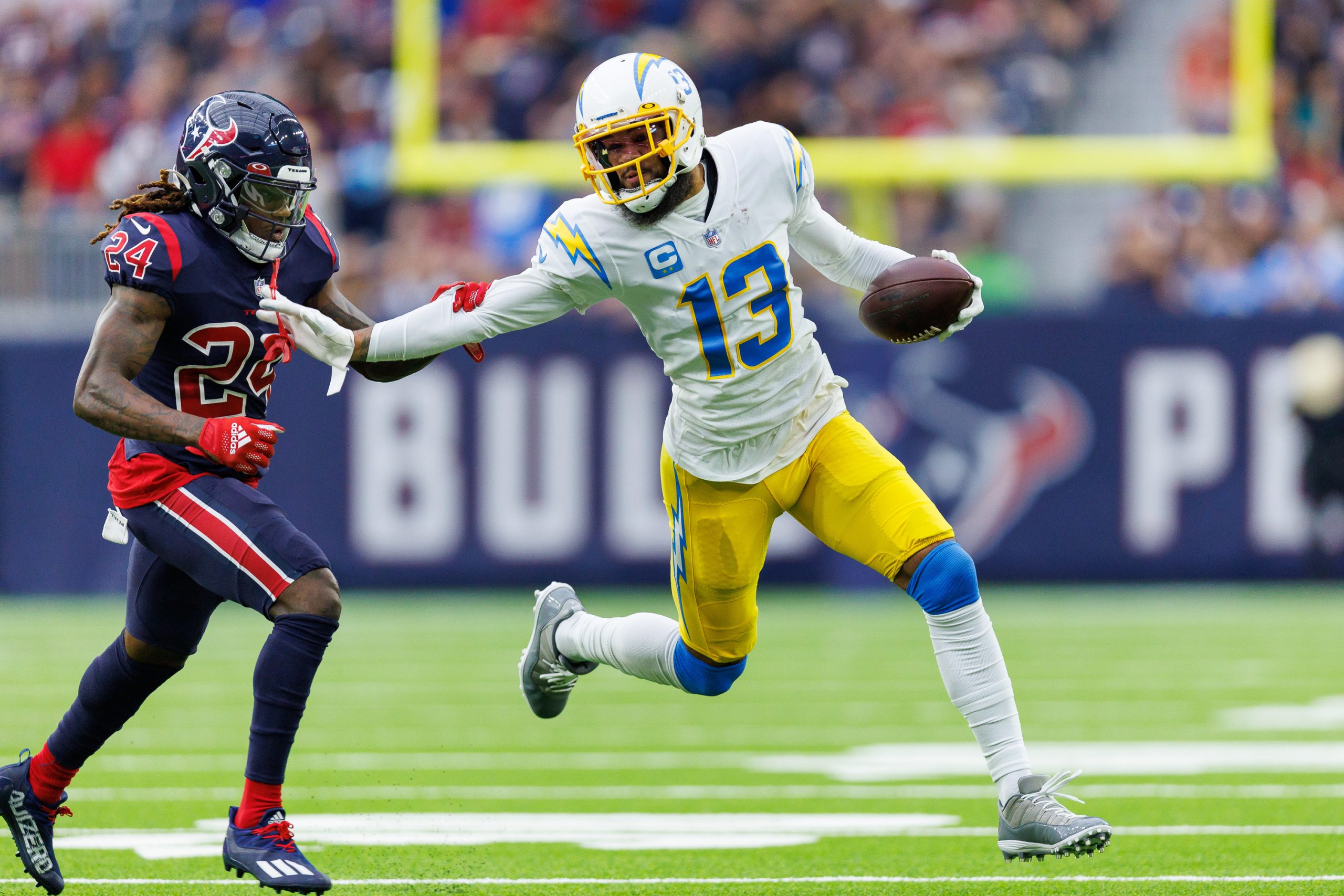 (On if he was surprised that Salyer was not selected prior tot he sixth round): “There are 32 teams in this league. The draft kind of tells you what you are sometimes. For guys like him, and some other guys, don’t really worry about when you were drafted, just where did you go and is it a good opportunity to go make the team somewhere? He has a great make-up, great attitude to come in and try and win a job.”

(On the selection of CB/Ja’Sir Taylor): “Taylor was a two-time captain at Wake Forest — a really good program, [Wake Forest Head Coach] Dave Clawson does a great job there. Really quick, athletic. Can probably play a little inside and outside. We want to keep adding some guys with some really good cover skills to kind of fit what we do, so that’s why we went with Ja’Sir.”

(On if Taylor will play inside or outside): “He’s done both, so there’s no sense to put a guy in a box before they even get here.”

(On the selection of FB /Zander Horvath):“Obviously, a college running back. We’re projecting him at fullback, which is what you have to do with probably 90 percent of the fullbacks coming out of college. Really good size. Tough, rugged, but a good athlete because part of that job is that you have to be on special teams. Come in and compete for a job. Almost everybody at that position, whether you’re making a linebacker turn into a fullback or a running back turning into a fullback, or even some shorter tight ends, we are going to have to project them back there. He has a good make-up for it. That was a fun pick in the seventh round.”

(On if Horvath did any lead blocking in college):“Not a lot. He was basically [former NFL FB] Mike Alstott there.”

(On the selection of DB/Deane Leonard) “Another guy with cover skills. You’ve probably heard that a lot the last couple of days. A little taller and longer — six-foot with long arms. Probably play inside and outside. He played Canadian college football for three years, then two years at Mississippi. Ran fast, is quick. He has some cover ability. There will be some good competition in that backfield.”

(On if there were any position groups that he wanted to address but were unable to): “Yeah, a couple. The draft is funny because we’re drafting players more so than just positions. You can’t just go in and say, ‘Hey, look, I want this position, I want that position,’ because it doesn’t work like that. When you’re looking at filling immediate needs, that has to be done either through free agency, trades or developing your own players that you have on your current roster, which are typically players that you’ve drafted the last couple of years. Obviously, your first-round pick, that guy is probably going to fill a need right away. Second round, it’d be nice to have a bigger role, but everybody after that, these are just guys that we hope they can come in, earn a role, play some special teams and then develop into players down the road. These guys aren’t coming into starting roles or really big roles unless they really can earn it in training camp. When we’re drafting, it just has to be the best player there. There are always some drafts that come out of and that you wish some things would have broken differently. This is the second year in a row in the fourth round that we had some guys go off that were tough ones, but you can’t get everybody, it is what it is. That’s kind of the way that it broke down.”

(On if he can dispel which position groups that the team was targeting that did not get addressed): “No [laughter]. We drafted [OLB] Khalil Mack in the second round. That’s not bad, right? We have [OLB] Joey Bosa. We drafted [OLB] Chris Rumph [II] last year. We have a great sack guy from the CFL [OLB Jamal Davis II]. But, I like the mentality, though — just keep adding depth, I like it.” 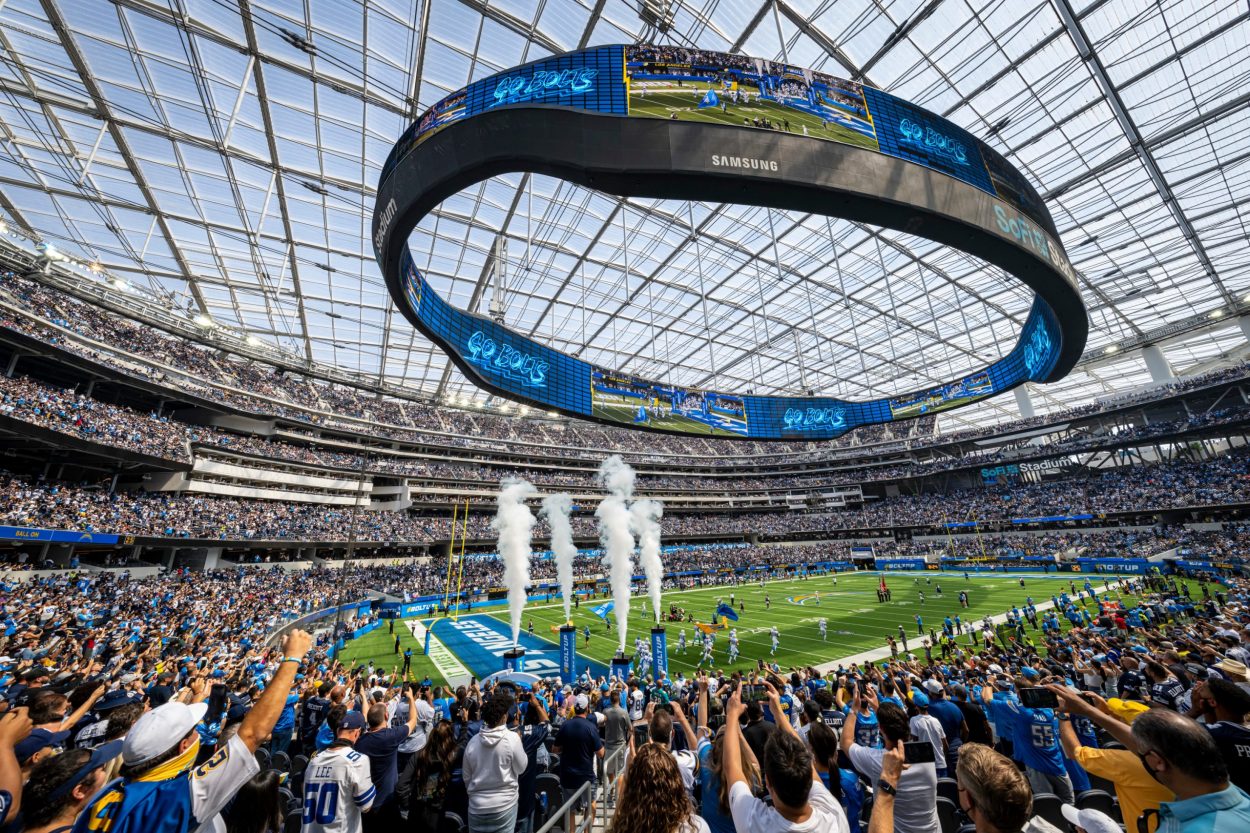 (On if he feels accomplished with the draft culminating): “It never goes perfect because you can’t control everything, but it was a good weekend of work. This was the biggest pool of players to scout since I’ve been in the league, and I think that a lot of it is because of the pandemic. Our scouting staff, I mean, an incredible amount of work. Our school lists this year were so much bigger than they’ve ever been. [Director of College Scouting] Kevin Kelly and [Director of Pro Personnel] JoJo Wooden kind of managing that thing, and our two guys in-house — [Scouting Assistant] Ethan Brodsky and [Football Operations Intern] Jaylen Bannerman-Oden — and then our scouts on the road, there is a lot of work, more work than the usual draft. Again, everything was detailed, organized, and then you had the coaches work into it. Everything went really well. It’s not perfect, it just can’t be. In the fourth round, some guys went off. Then, we ended up trading those two seventh-round picks for a pick next year, so that worked out pretty well.”

(On receiving the 2023 sixth-round pick that was initially dealt to Chicago in the Khalil Mack trade): “I got my pick back [laughter]. To have that many picks in the seventh round, and we had 10 total picks going in, so just thought that it would be good if we could flip those two for a future pick next year because we were already down one for next year. The fact that it was actually our pick is kind of ironic, I guess.”

(On if he told Bears General Manager Ryan Poles that he ‘wants his pick back): “I didn’t realize that it was our [2023] sixth [-round selection] until after we had already talked to them. Very ironic.”

(On the possibility of OL/Jamaree Salyer working at right tackle): “I think he can be a pretty good guard. We’re not going to put people in boxes before they even walk on campus here, but the fact that he’s played at all five spots is one of the reasons why we drafted him.” 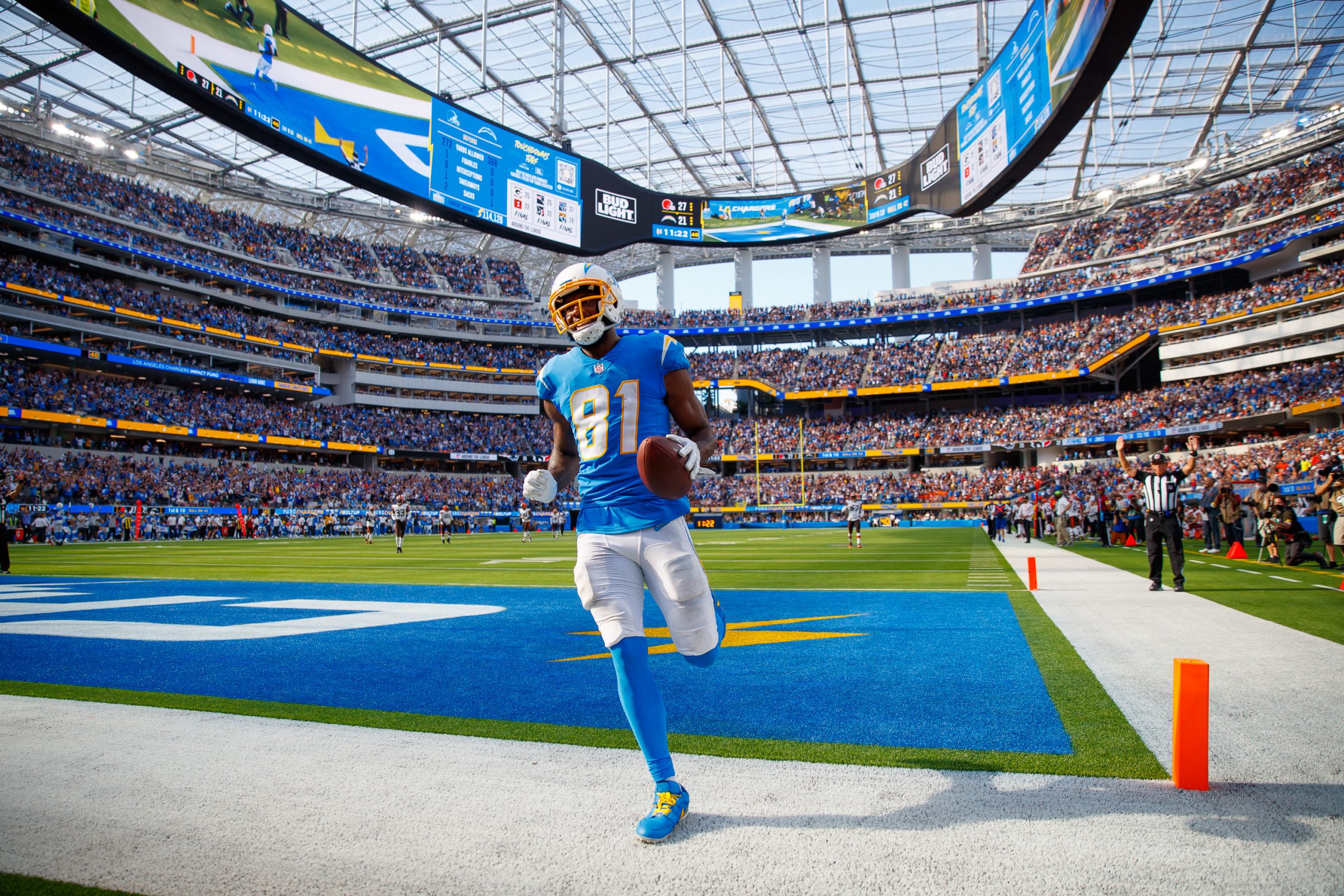