Dodgers Send Out 20 Game Winner Julio Urías To Even Series 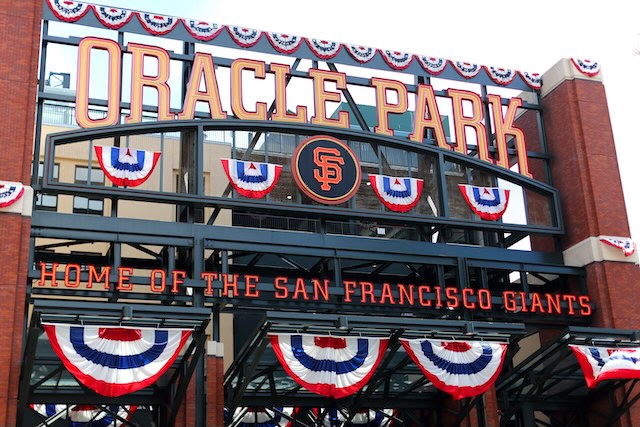 (East Los Angeles, CA) October 9, 2021 [From The Editor’s Desk]: Saludos and Greetings to All of our Dodger Fans as we begin coverage of the National League Divisional Series (NLDS) against the San Francisco Giants in the City By The Bay. Game2 will be played Saturday at 6:27 pm, followed by an off day for travel back to L.A. for Games 3 and 4, on Monday and Tuesday.

(Game Recap): The Giants were victorious in Game 1, which was a great pitcher’s duel. Except for a big mistake early in the 1st inning by Dodgers starter Walker Buehler, who gave up a 2-run opposite field home run by All-Star catcher/#28/Buster Posey into McCovey Cove, the game could have very well gone into extra innings. After that, the Dodger pitcher settled into a very decent rhythm until the 7th inning when he was touched up for another home run, this time by Kris Bryant, the 6-5 leftfielder who knows how to go yard. 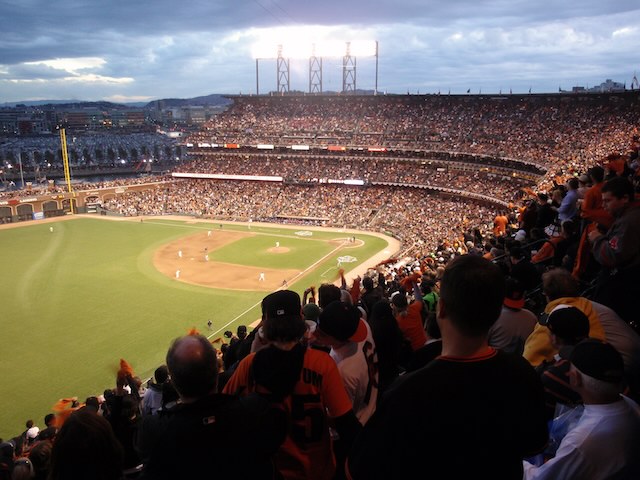 Buehler, who took the loss after going 6 & 1/3 innings was pulled by Mgr. Dave Roberts and replaced by Brustar Graterol who closed out the Giants with no further damage. In the 8th, reliever Alex Vesia gave up a solo blast to short-stop Brandon Crawford who joined the mini-home run derby and extended the lead to (4-0). That would be the final score.

Dodgers fans were left to scratch their heads in wonder as Giants’ starter, Logan Webb, showed a complete dominance over the Big Blue Wrecking Crew’s hitters through his 7 & 2/3 innings of work, striking out 10 and allowing just 5 hits. To close out the Dodgers in the 9th, Giants Mgr. Gabe Kapler then sent out his flame-throwing reliever, the native and Rookie from the Dominican Republic, R-H/Camilo Doval, to quickly retire in order the Dodgers he faced with 100 mph fastballs, breaking cutters and slurving sliders. 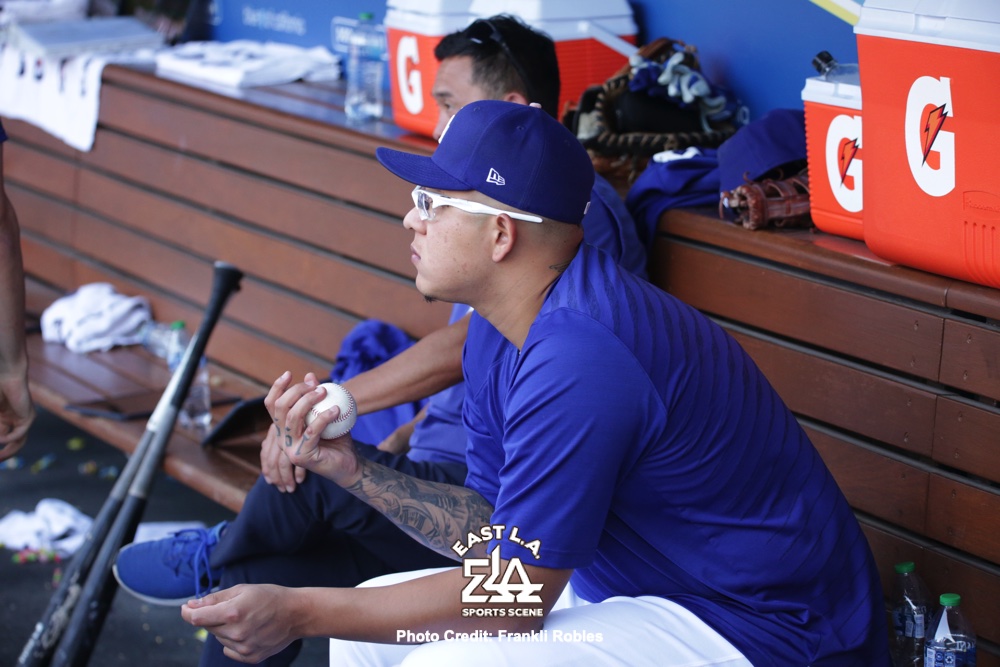 Mgr. Dave Roberts will counter with his Staff Ace and 20 game winner, Julio Urías in Game 2. Dodger bats will need to break out of the opening game jitters, take a deep breath, and find a good hitting groove to put runners in scoring  position and then eventually be driven in to even the series and then return home on Monday. As Mgr. Roberts likes to emphasize, as do Dodger players, we have to play each game, one at a time.

A reminder to all Dodger fans that the NLDS “Live Watch-Party” continues in the Centerfield Pavilion. See our previous story for all details. The game will be televised on TBS. 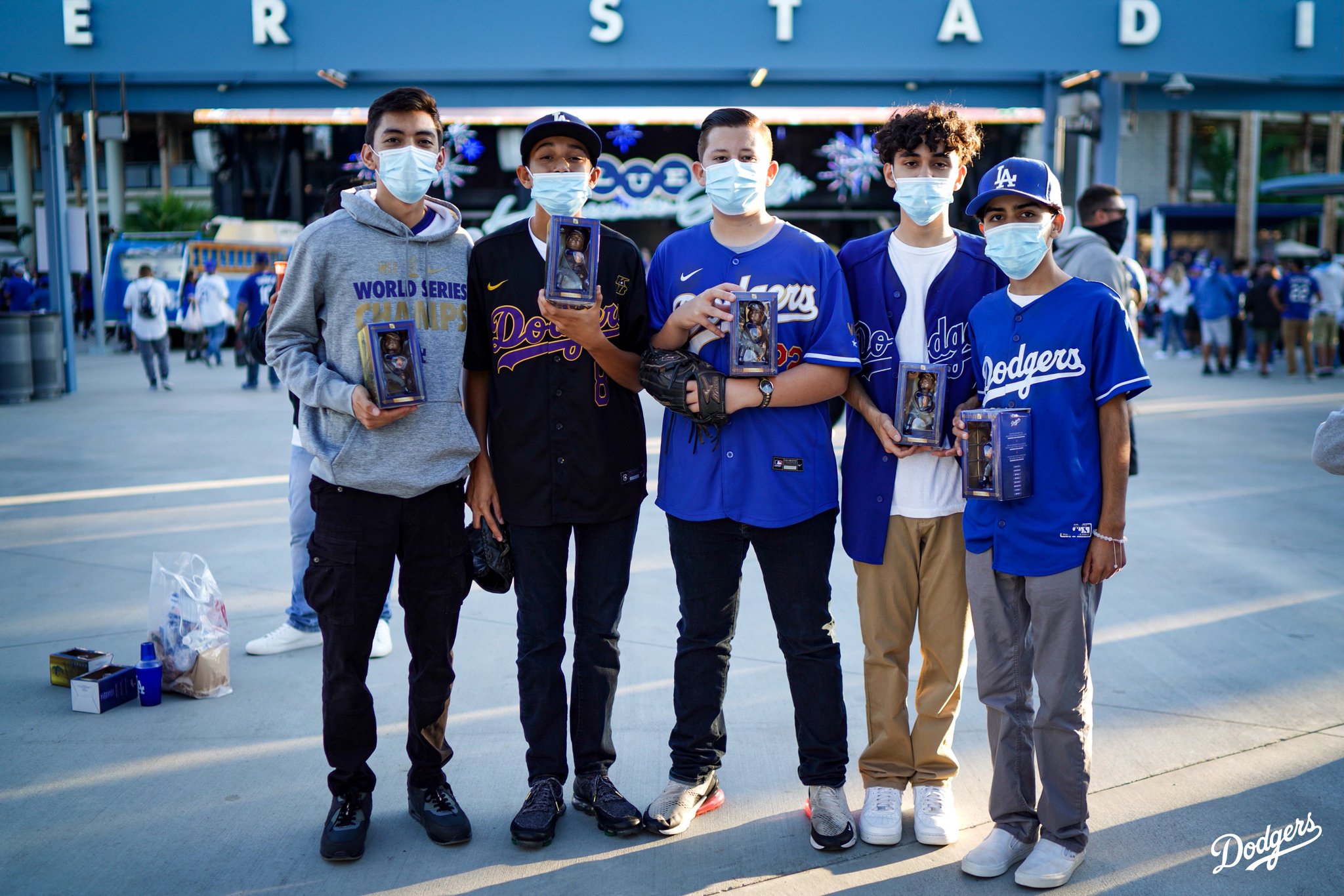