The game was marked “historic” because it was the first time that both schools appeared in competition on the NFHS  Network’s “Live Stream“ format. It’s newest Los Angeles high school market affiliate, East L.A. Sports Scene Productions, carried it via paid “All-Access” subscription of $9.95 to the many school alumni, fans, parents, and community followers who could not attend the game in person.

1st Half: From the opening tip-off, the Riders and the Bulldogs played an intense level of defense while trying to find their shooting touches. This resulted in a very low percentage in made field goals coupled with a very high number of turnovers. The “full house” was in a huge cheering mood as the 1st quarter came to an end with an (11-6) score, favoring the Bulldogs. 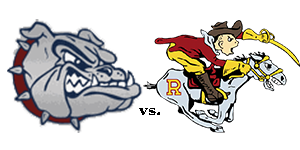 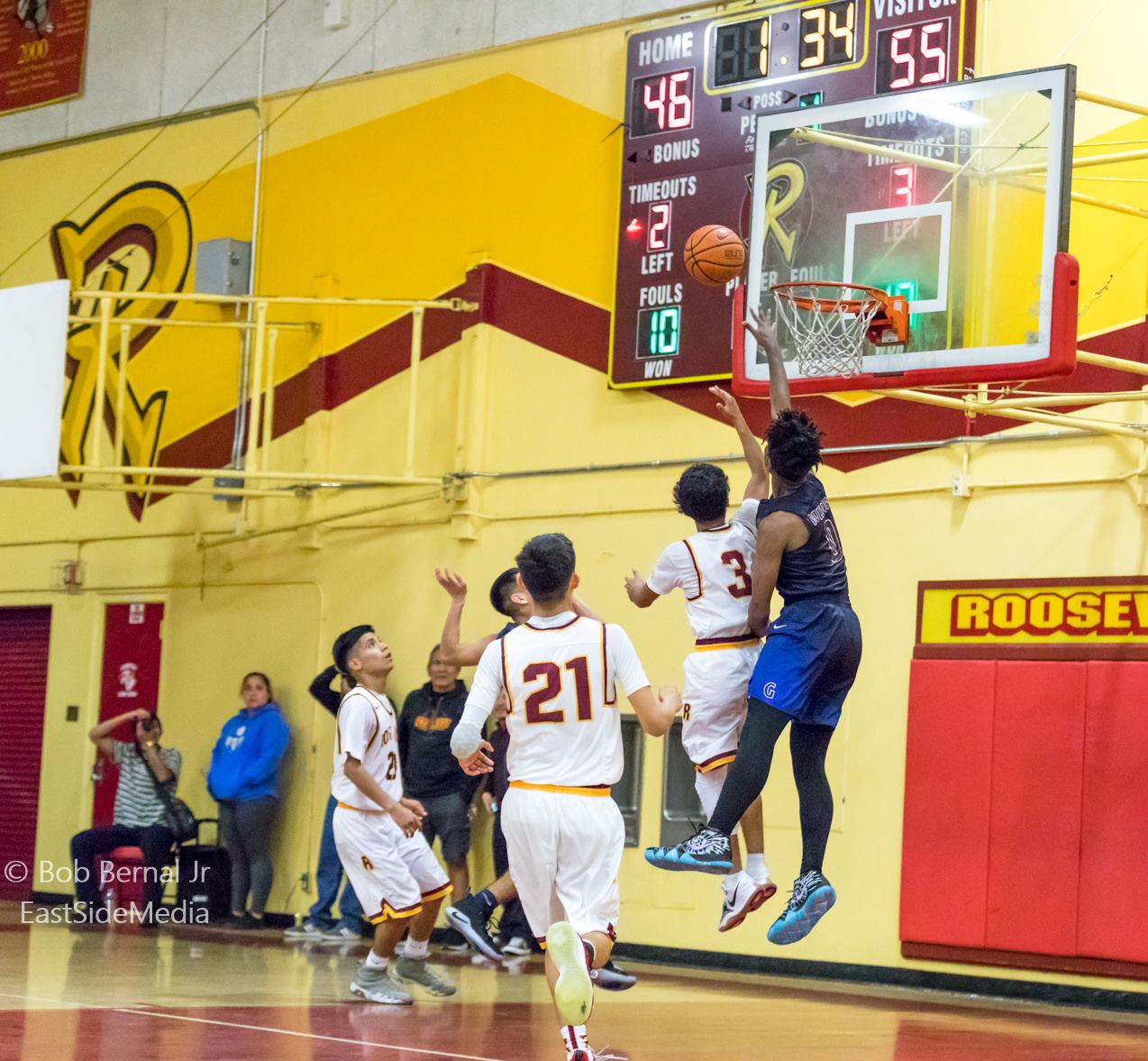 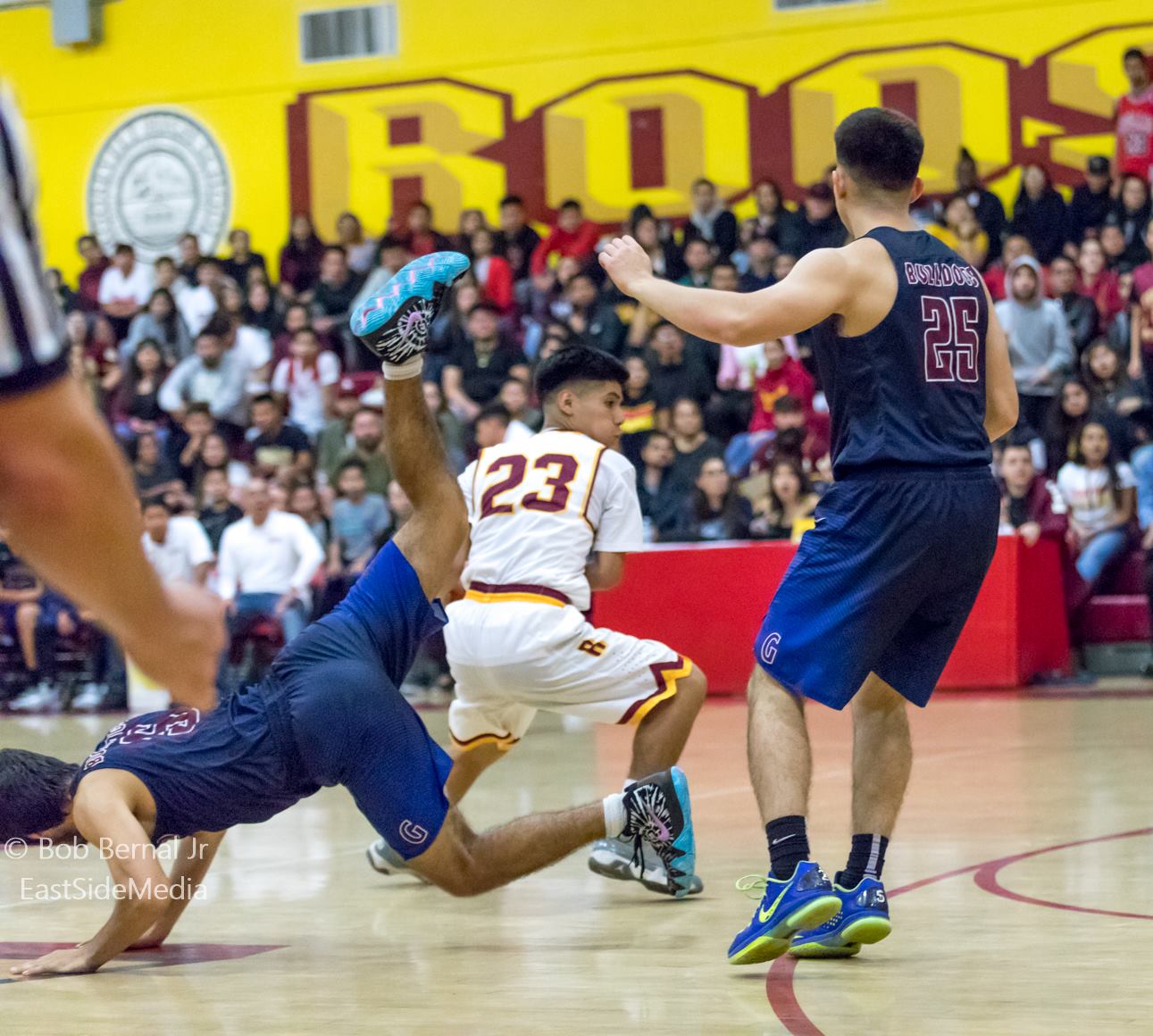 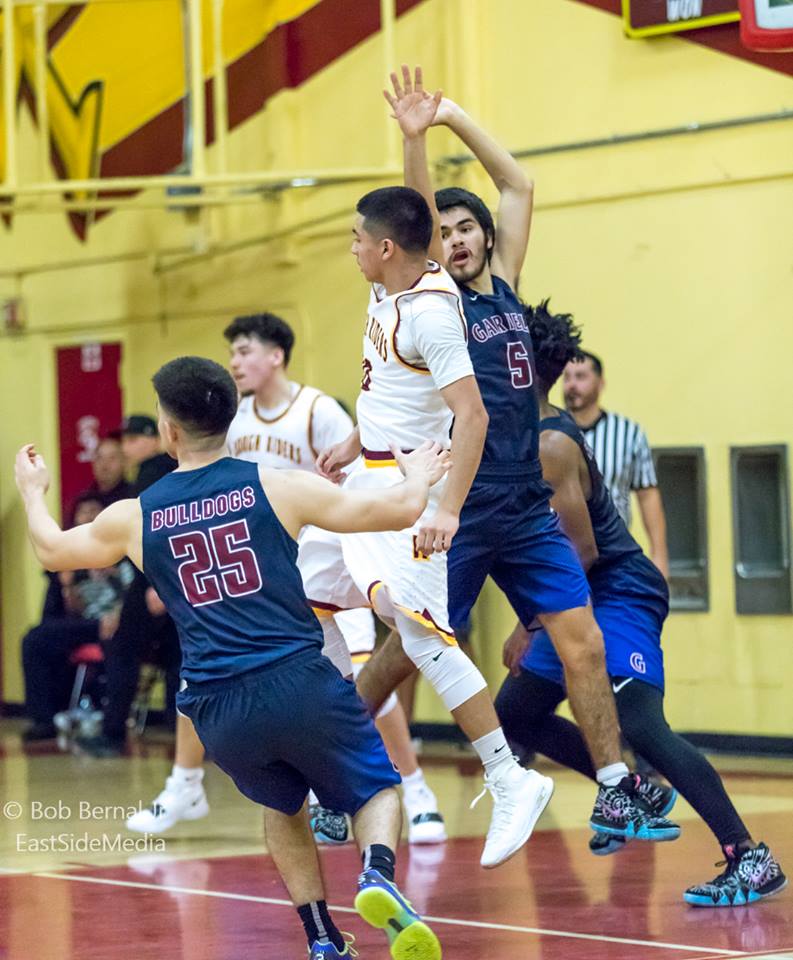 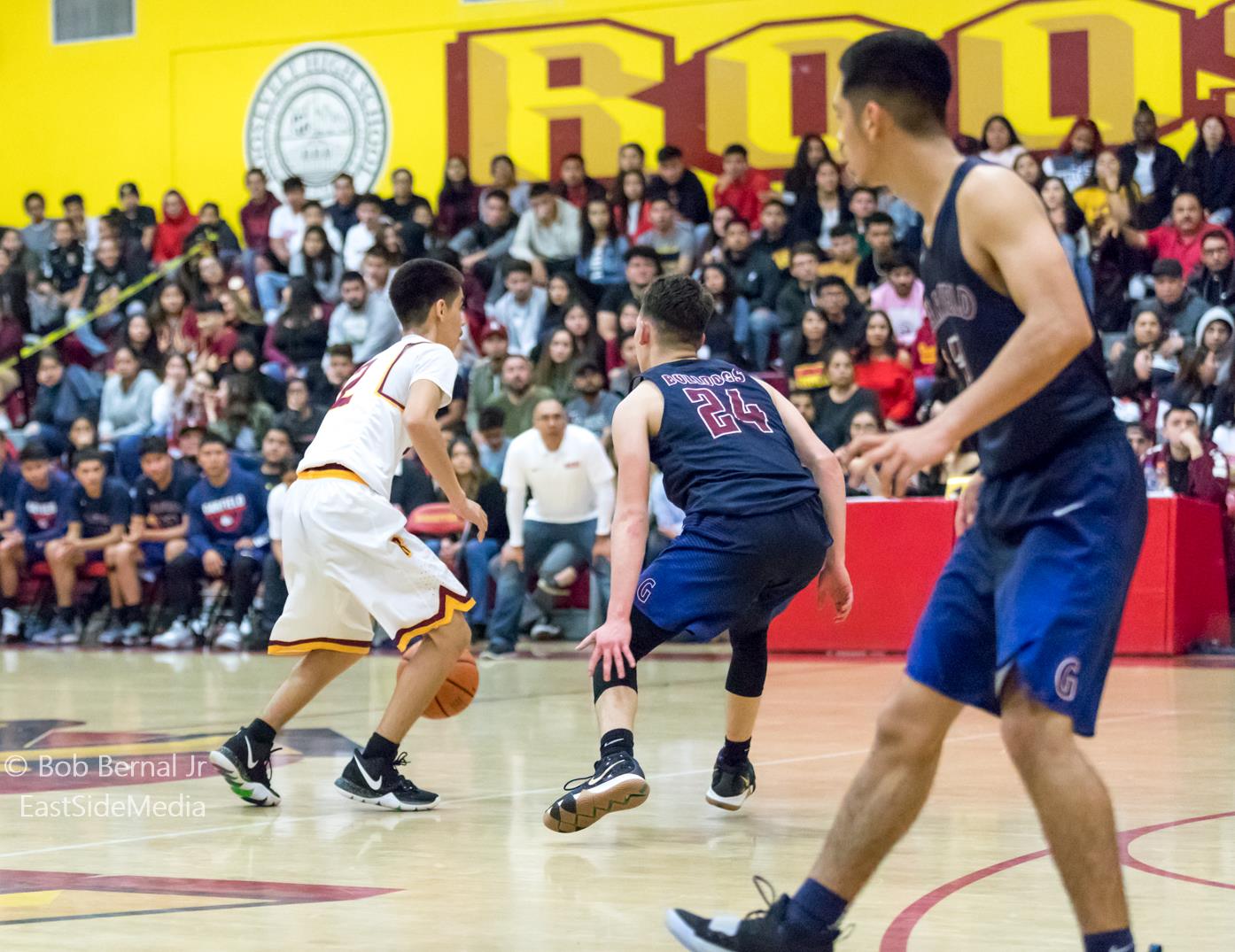 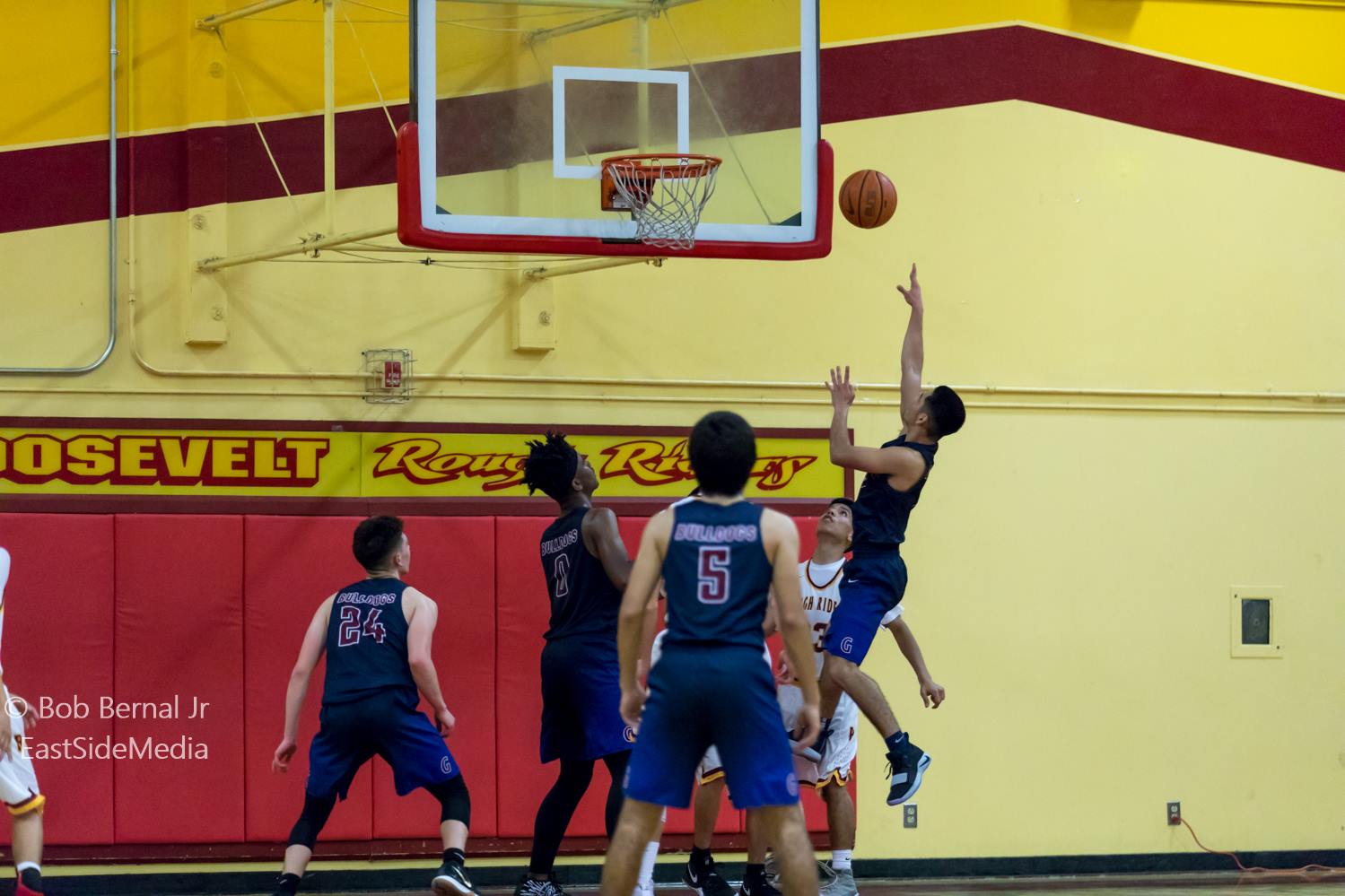 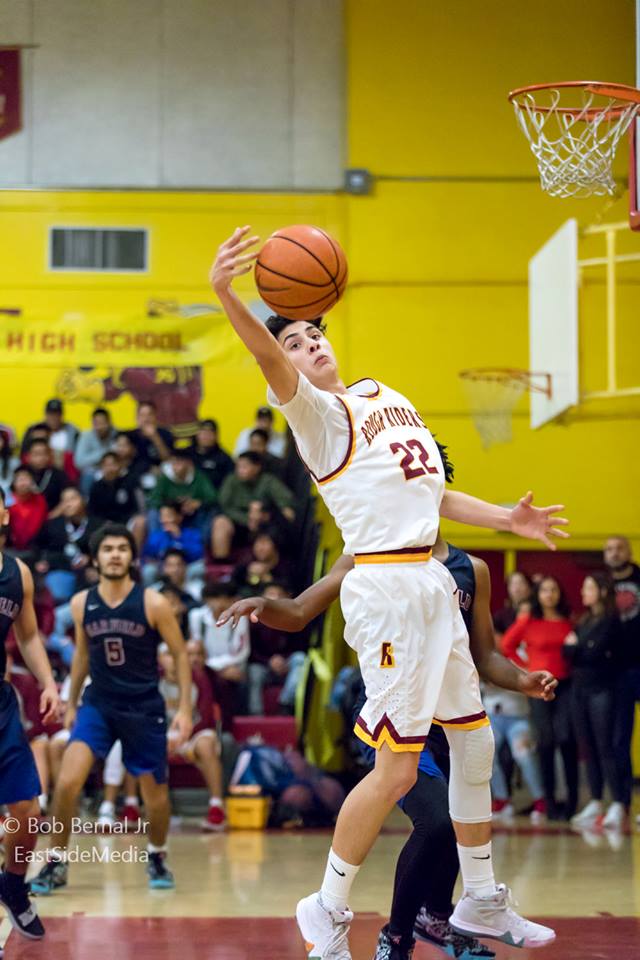 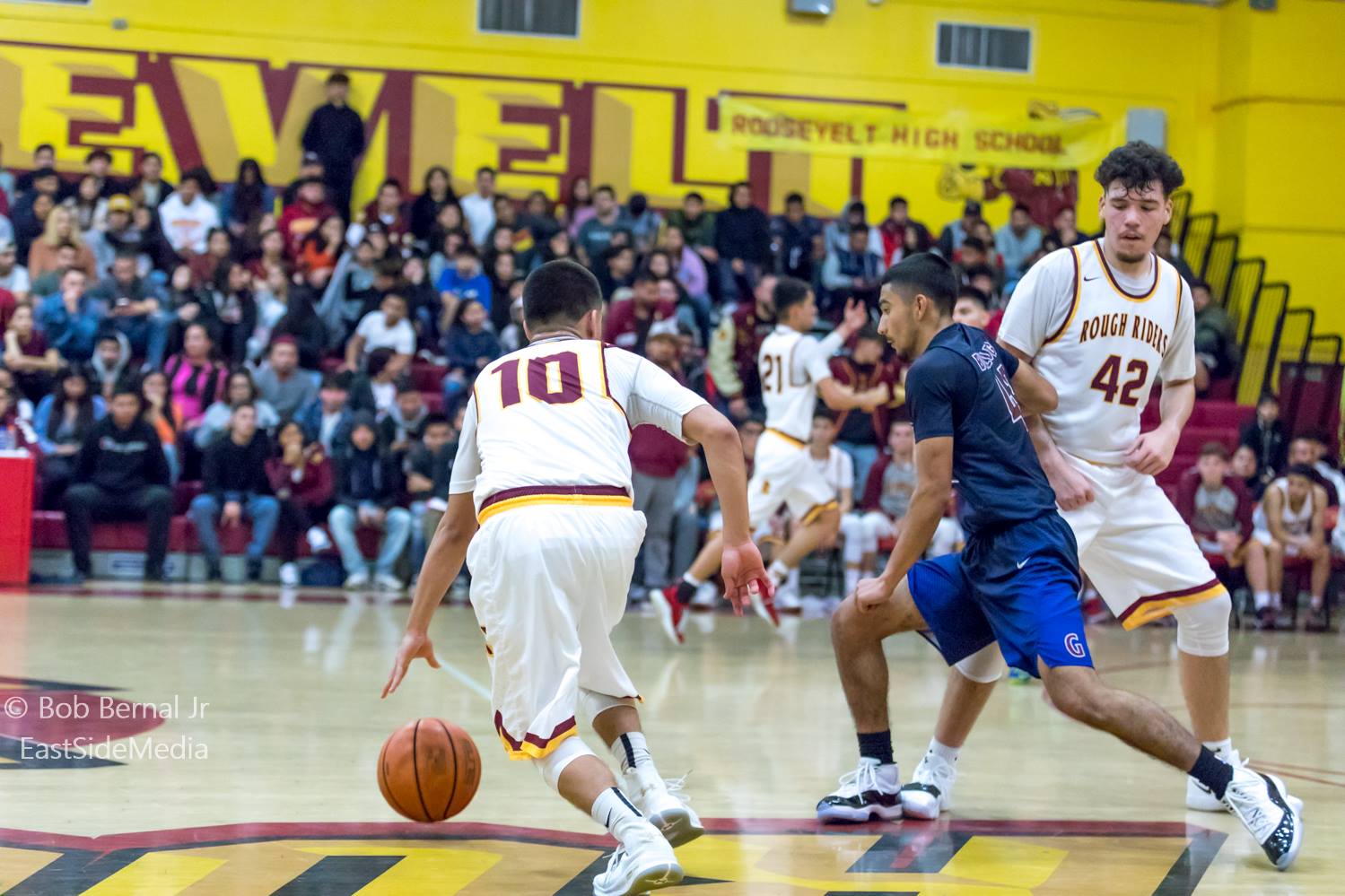 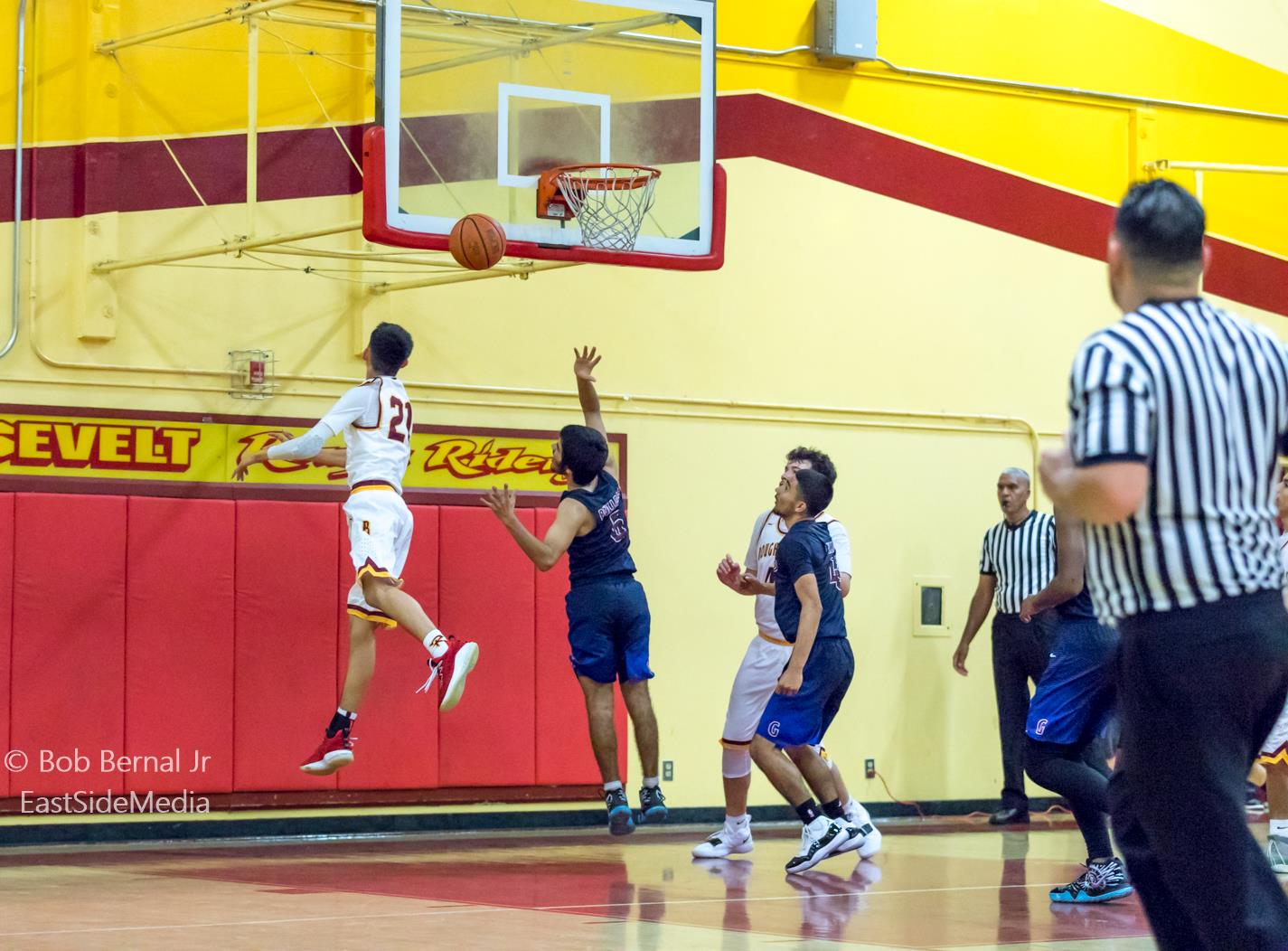 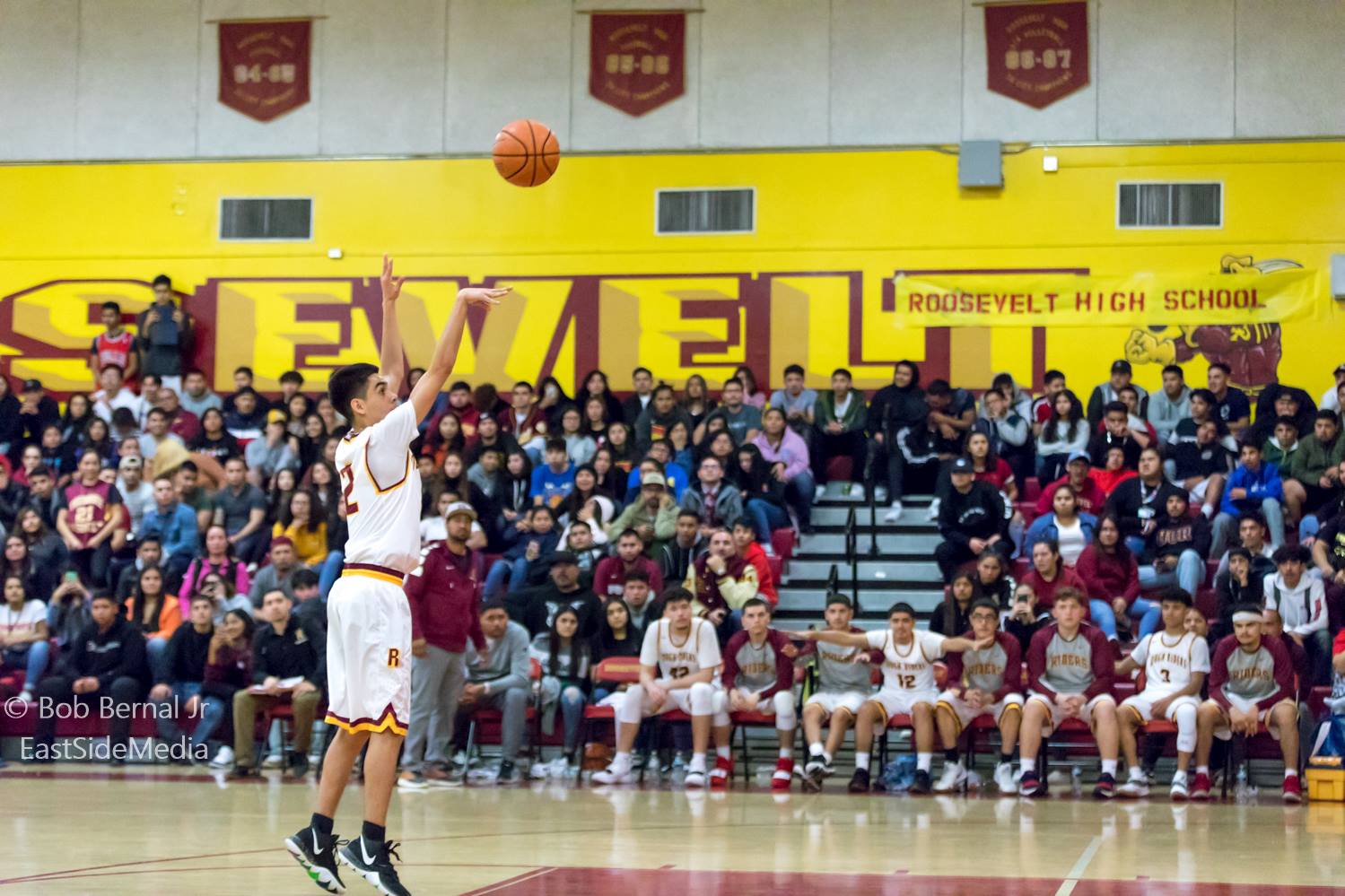 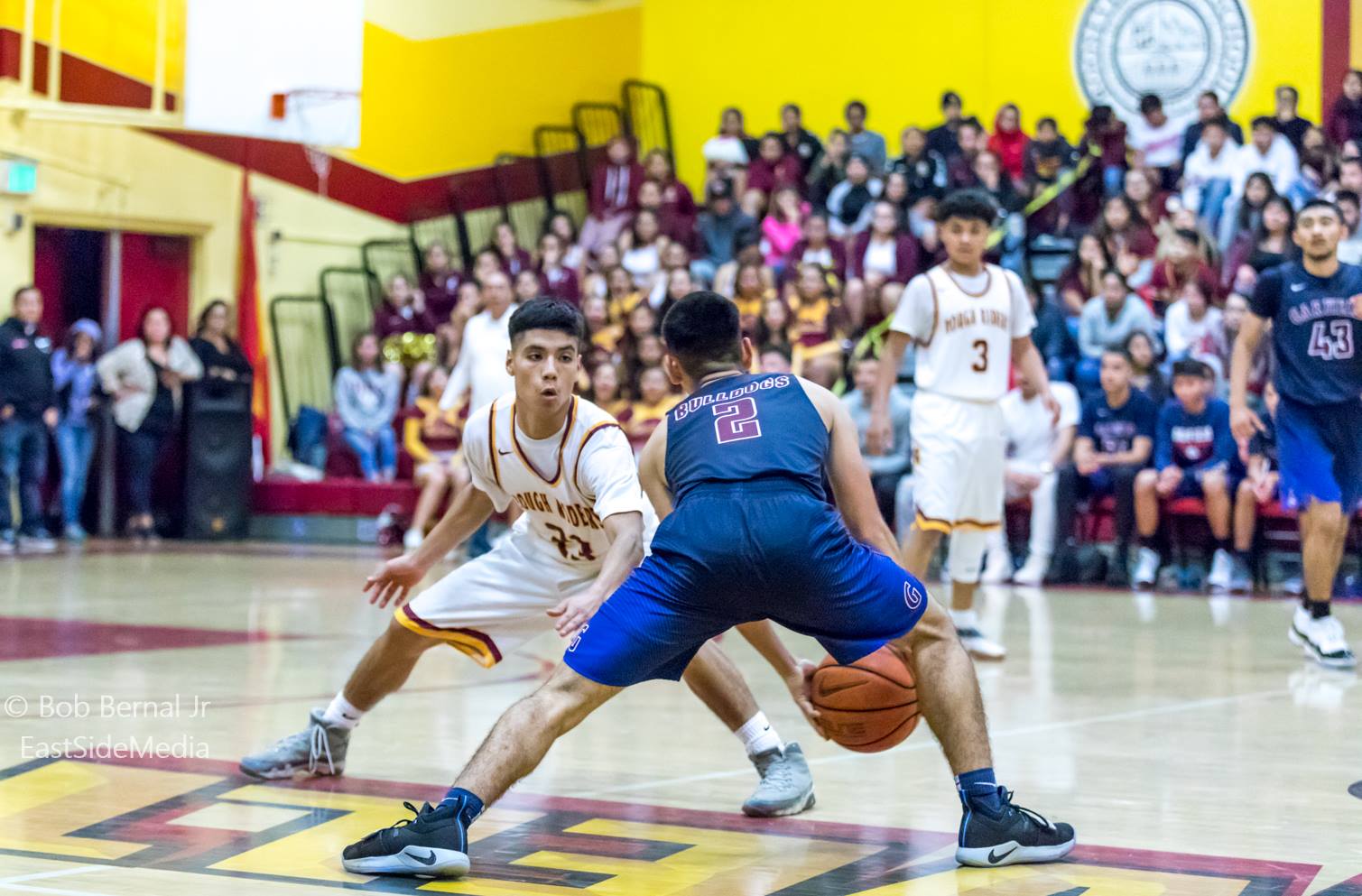 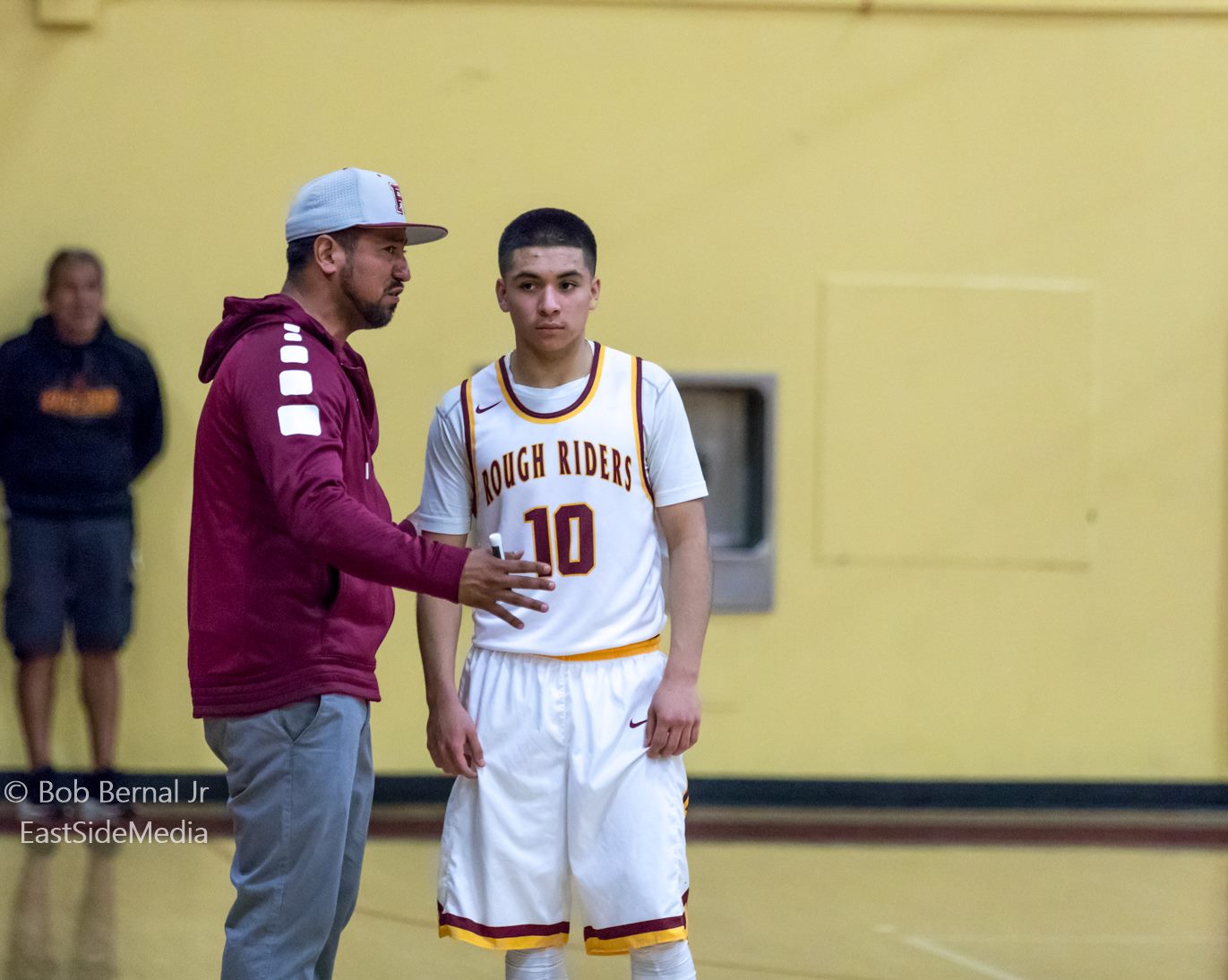 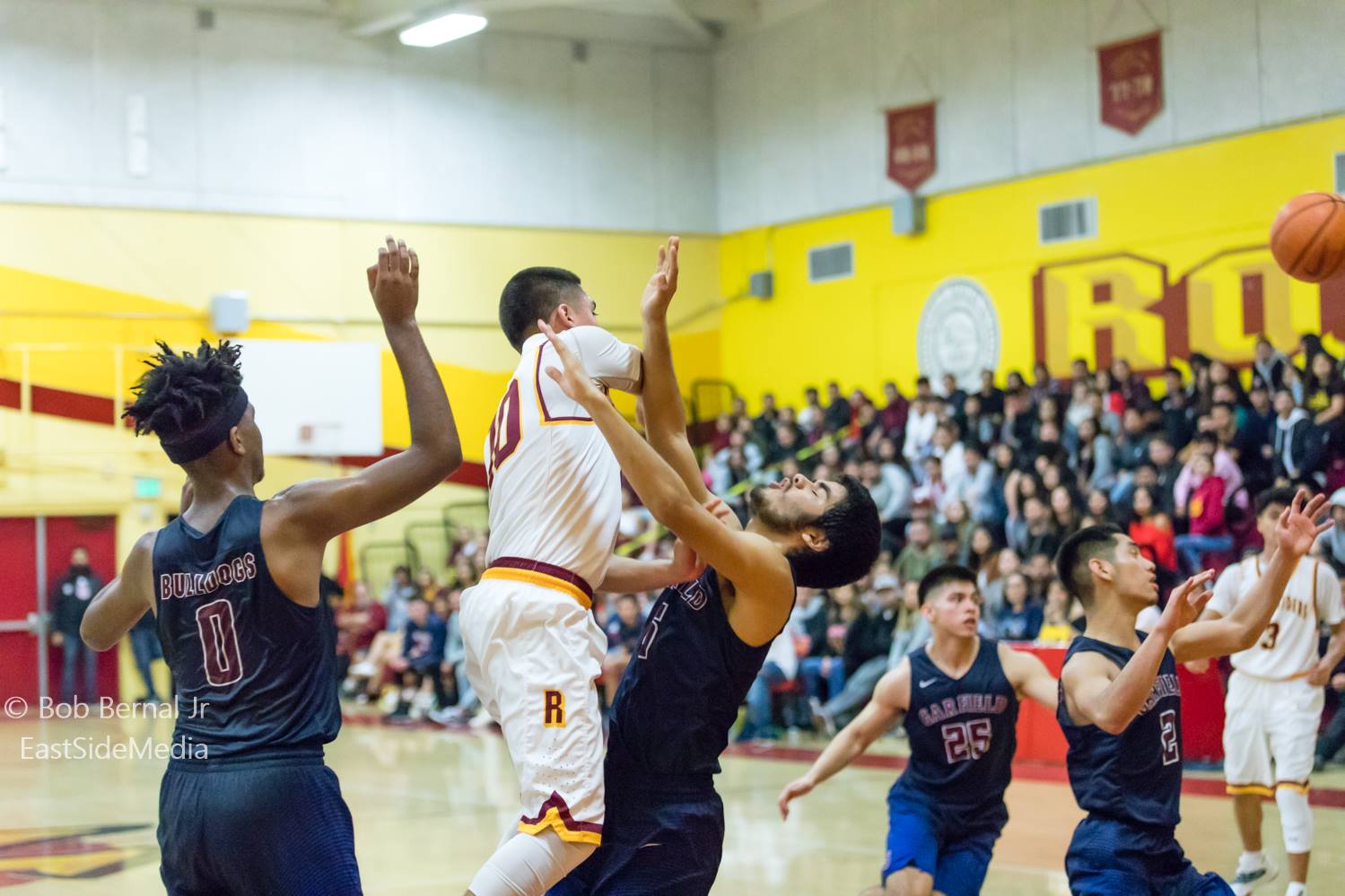 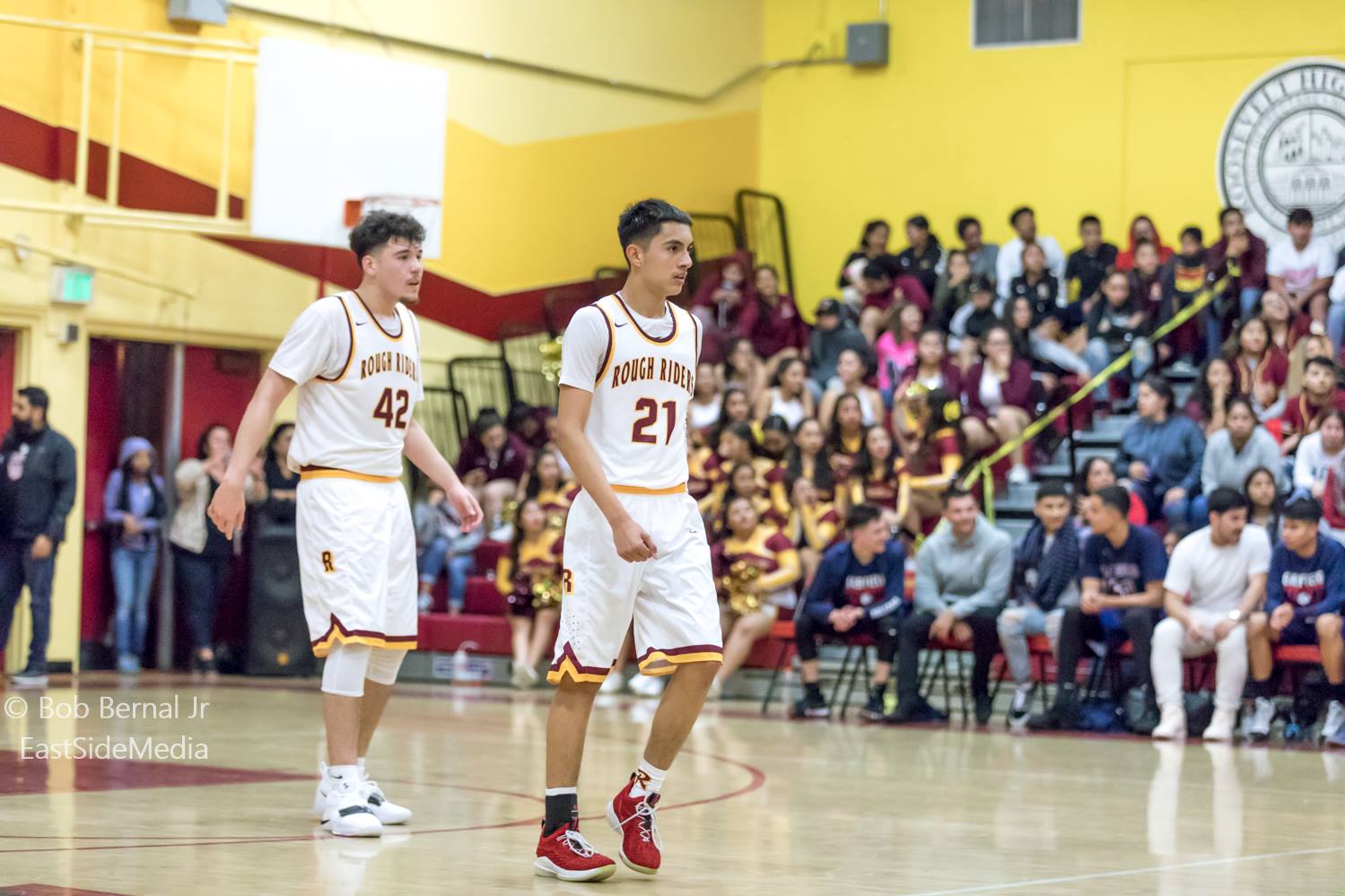 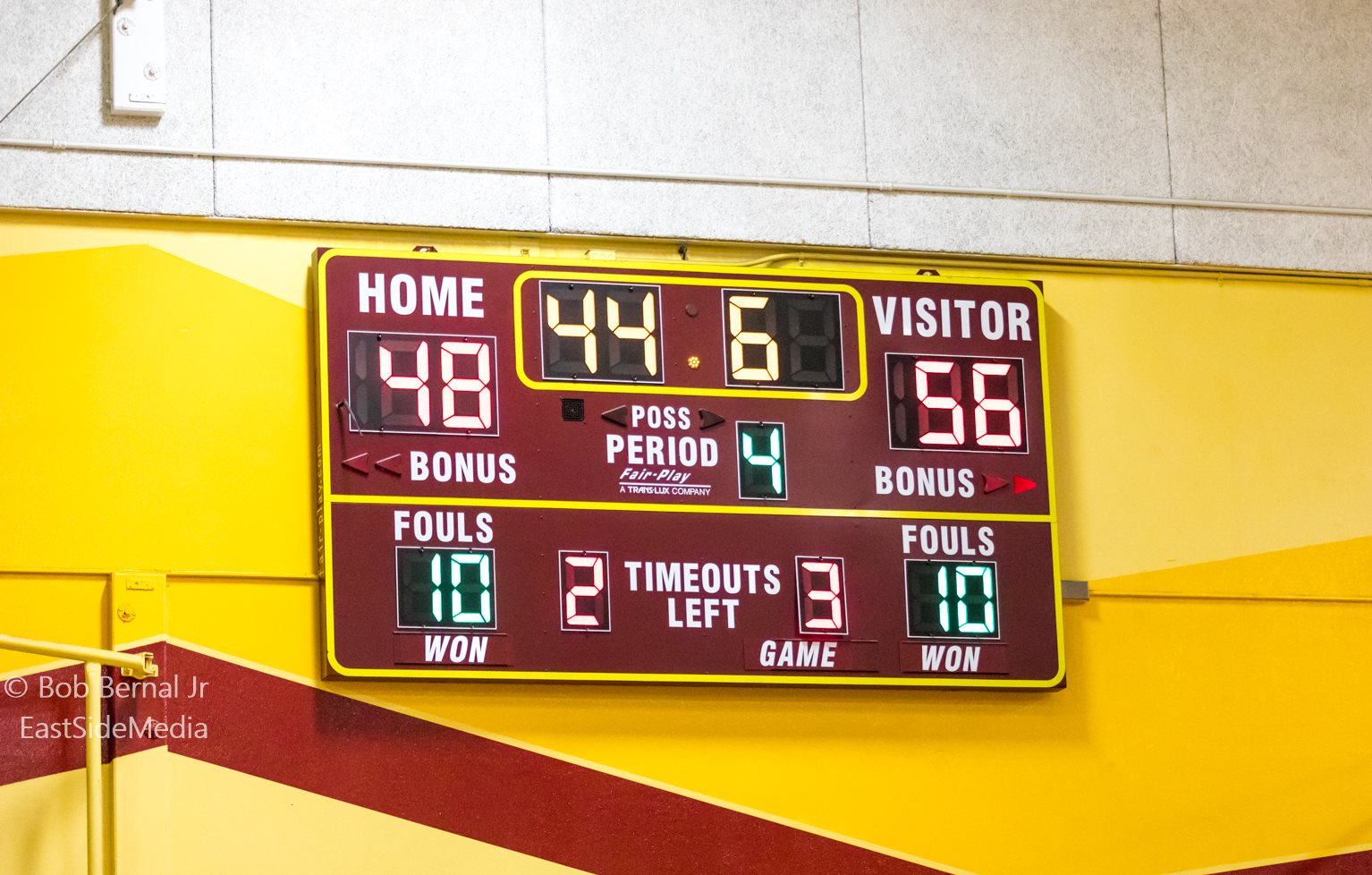 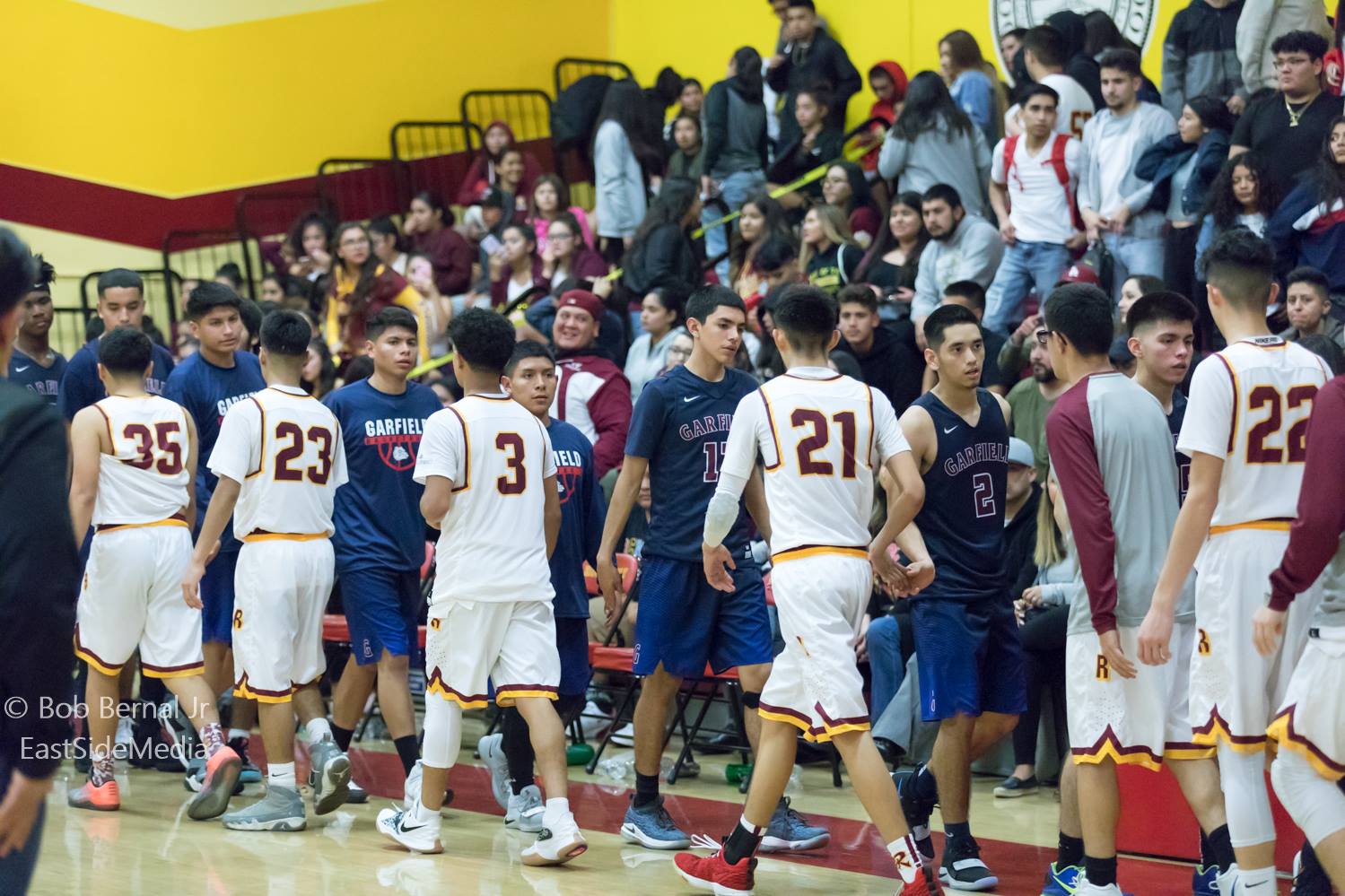 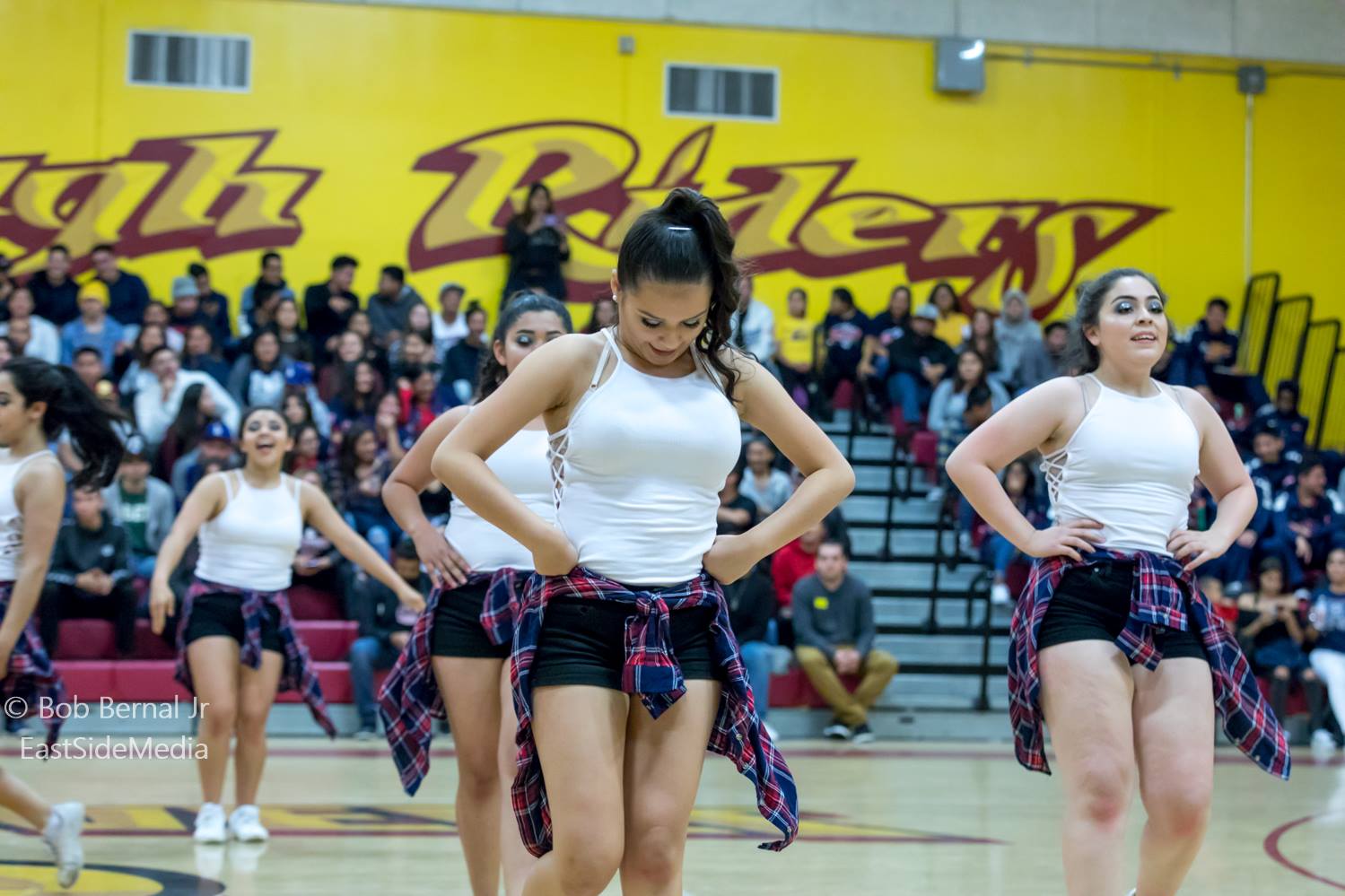 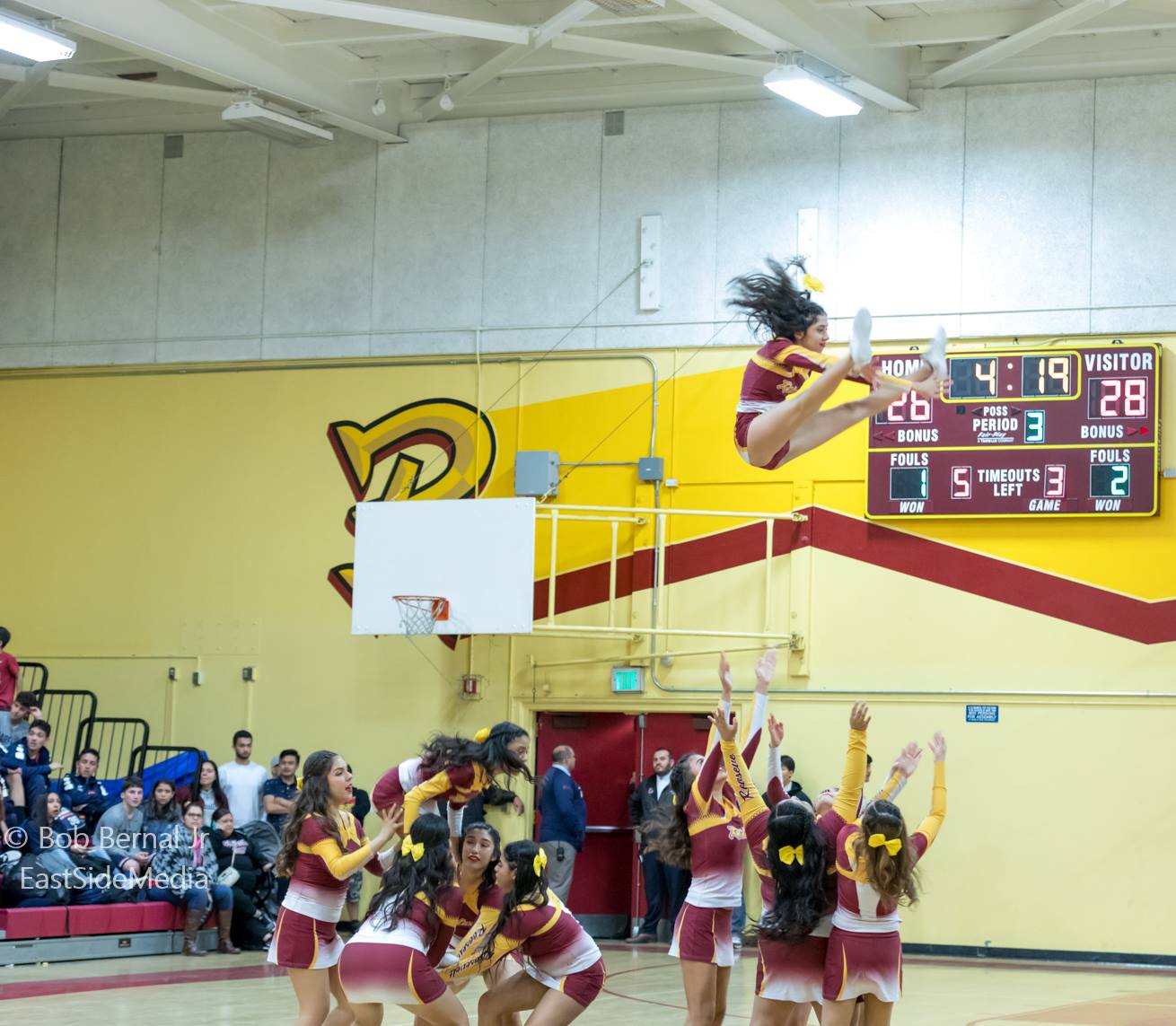 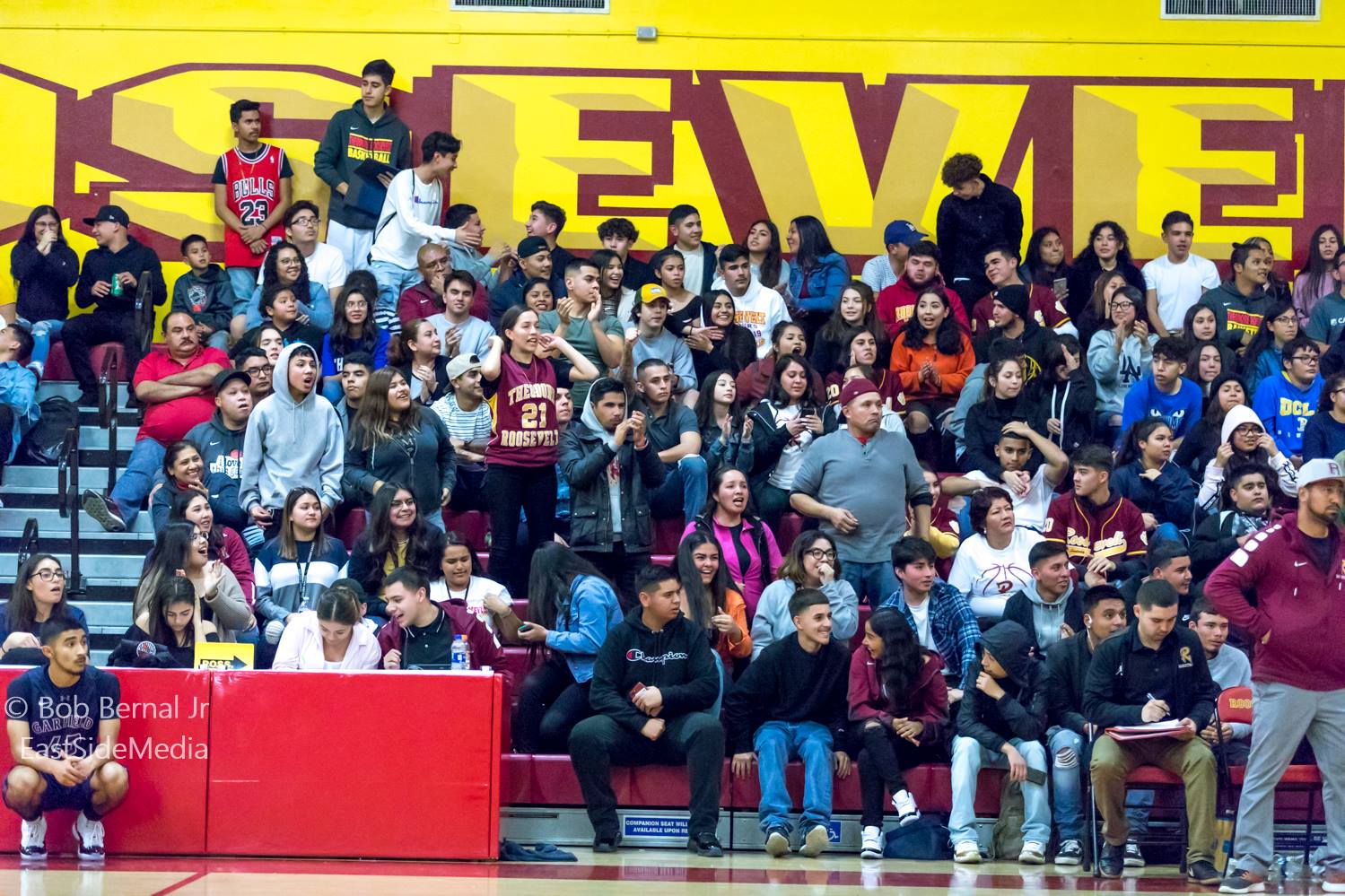 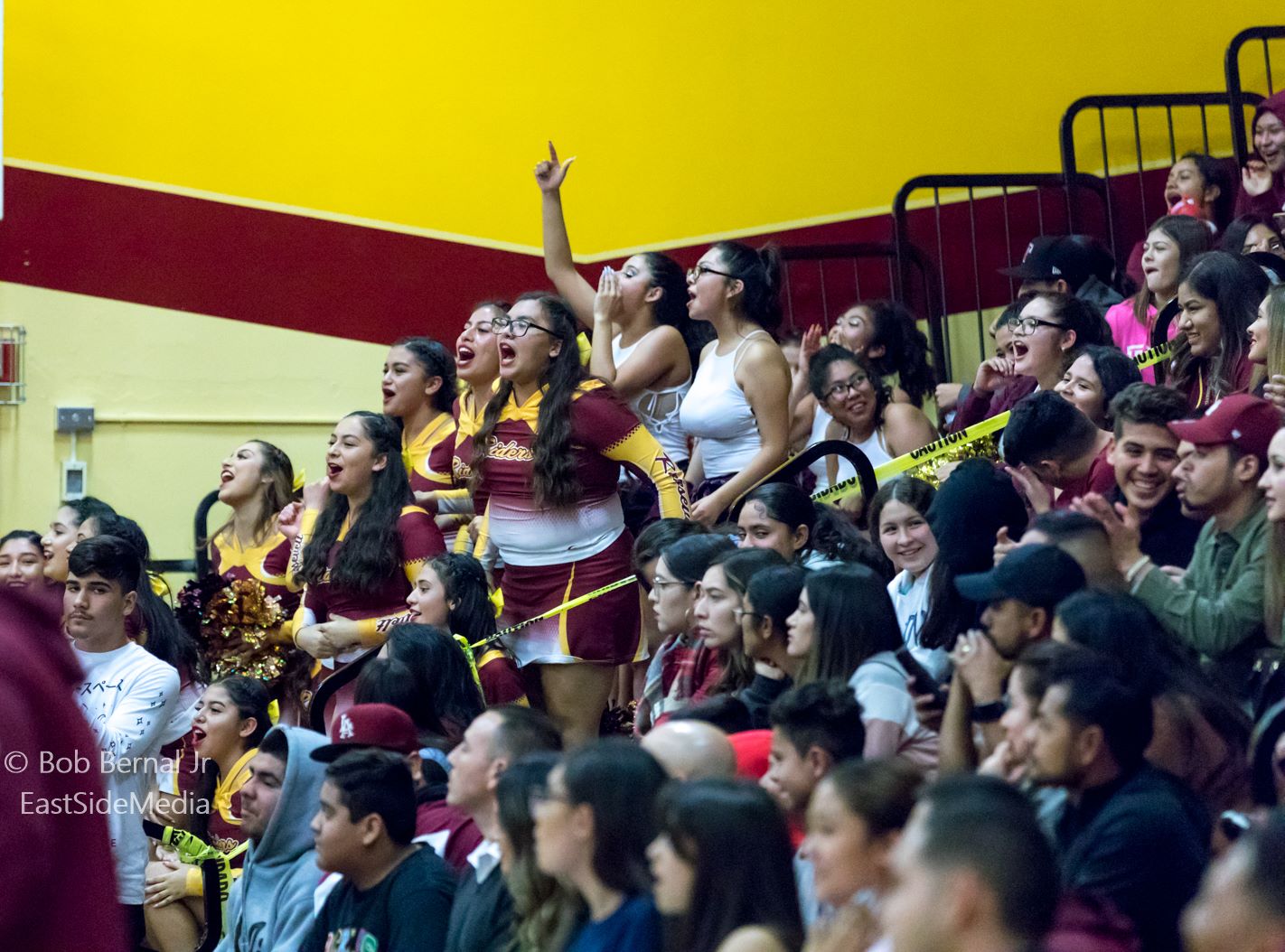 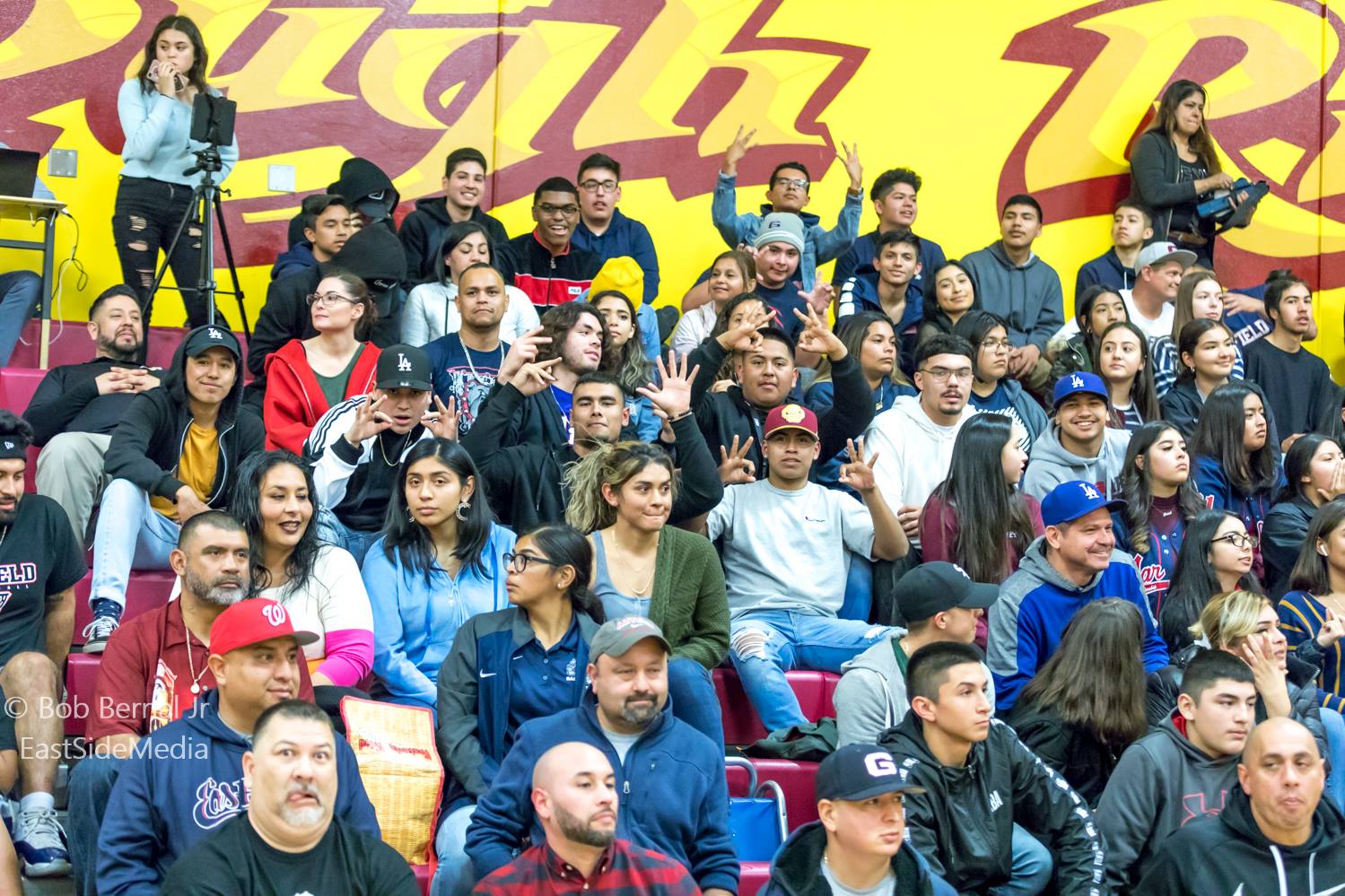 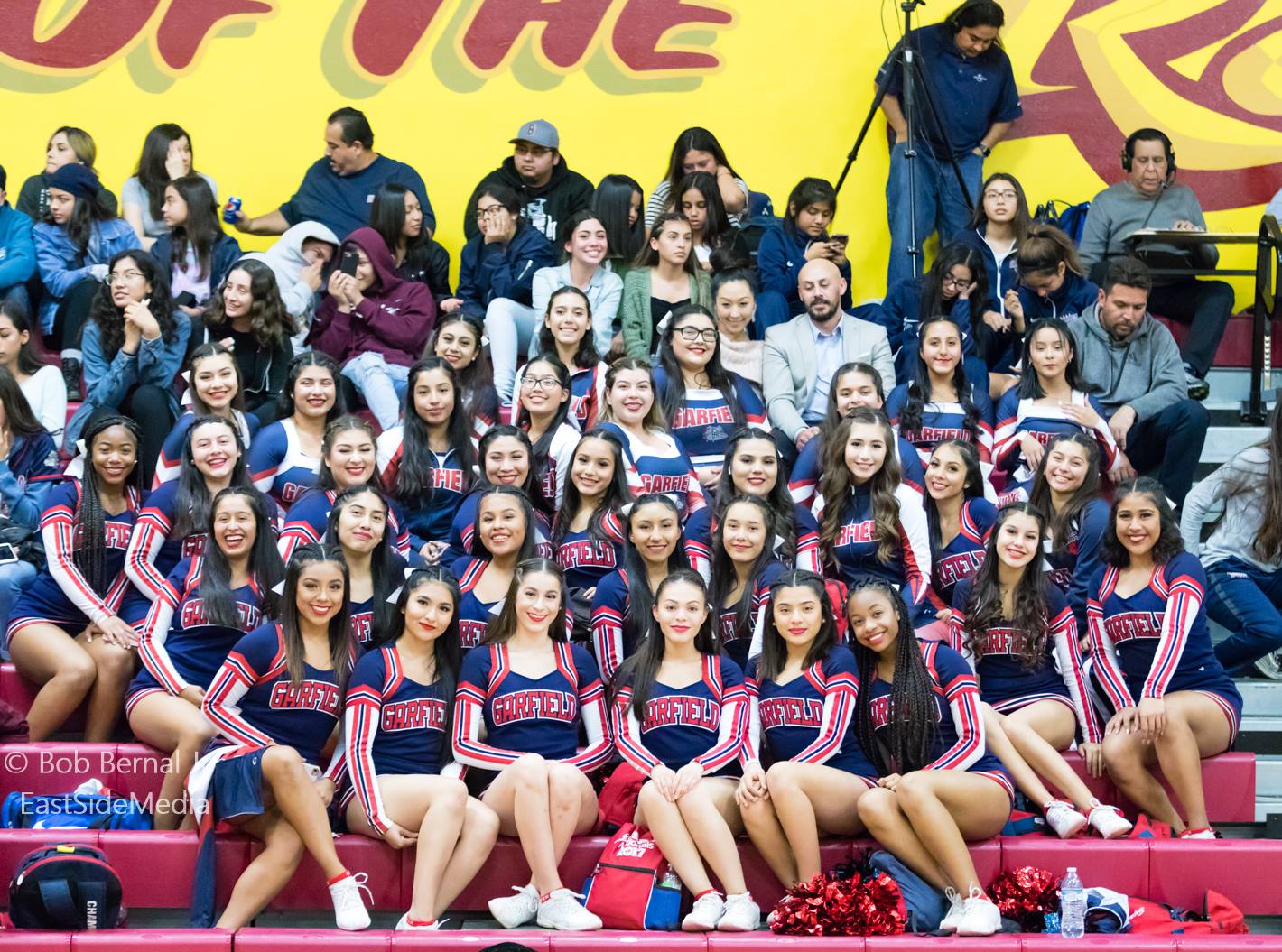 As the second quarter started, both teams then stepped up the pace to an even higher intensity level, resulting in many fast breaks, a few three point shots being made, and lots of rebounds. However, the regrettable and hated turnover bug still plagued both teams. The Bulldogs managed to stay slightly ahead due to the difference in 3-point field goals made in this period.

2nd Half: The third quarter was played to the Bulldogs advantage as they maintained their slight lead of 4 points through most of the period. By this time, the Garfield reserve players had made their presence felt with JR/F/#43 Charlie Perez having scored 7 points.

The final stanza of play favored the Bulldogs as they built a 15 point lead through the mid-point mark. Then, the Riders got into gear, found some offensive rhythm, and began to cut into the double digit lead. They managed to cut it to single digits at five, (59-54), but could not overcome the Bulldogs field goals and clutch free throws that they countered with down the final home stretch of the contest.

Of Game Significance: Leading all scorers in the game was Bulldogs SR/Point Guard/#2 Ignacio Valdez who finished with 20 points. He was followed by JR/F/#43 Charlie Perez, who put up 12 points. Also scoring in double figures was starting center, SO/C/#0 Jeremiah Harris, who dropped in 10. The top scorer for the Riders was SR/Point Guard/#3 Sal Ramirez who poured in 18, while SR/G/#23 Oscar Martinez added 12.

Of Season’s Significance: This was the last regular game of the season prior to the announced teacher strike scheduled for Monday, 1/14/19. As soon as the strike is settled and schools resume classes, the remainder of the season schedule and playoffs will occur. The next scheduled game between Garfield and Roosevelt will take place on Friday, 2/1/19 at Garfield. Tip-off is set for 7 pm.