Garcia Stays Sharp In Game 1 Shut Out Of Florida State

(East Los Angeles, CA) June 3, 2021 [From The Editor’s Desk]: The 2021 NCAA Women’s College World Series (WCWS) started with a titanic upset in the first game of the day, with the #1 seeded, Oklahoma Sooners losing to the unranked, James Madison University Dukes. (4-3). Opening day ended with Game #4 and the #2 seeded UCLA Bruins defeating the #10 seeded, Florida State University Seminoles, (4-0), as they took care of their business in defense of their Division-1, NCAA defending National Champions status.

But first, to give you just a little game-day environment inside of the recently remodeled and expanded “USA Softball Hall of Fame Stadium” in Oklahoma City, OK. There were no COVID-19 barriers or impediments imposed as a pre-determined “in-person” condition, and the evening looked and felt just as it normally does when there is a nationally followed sporting event such as this. Good, and then great for all participants!! 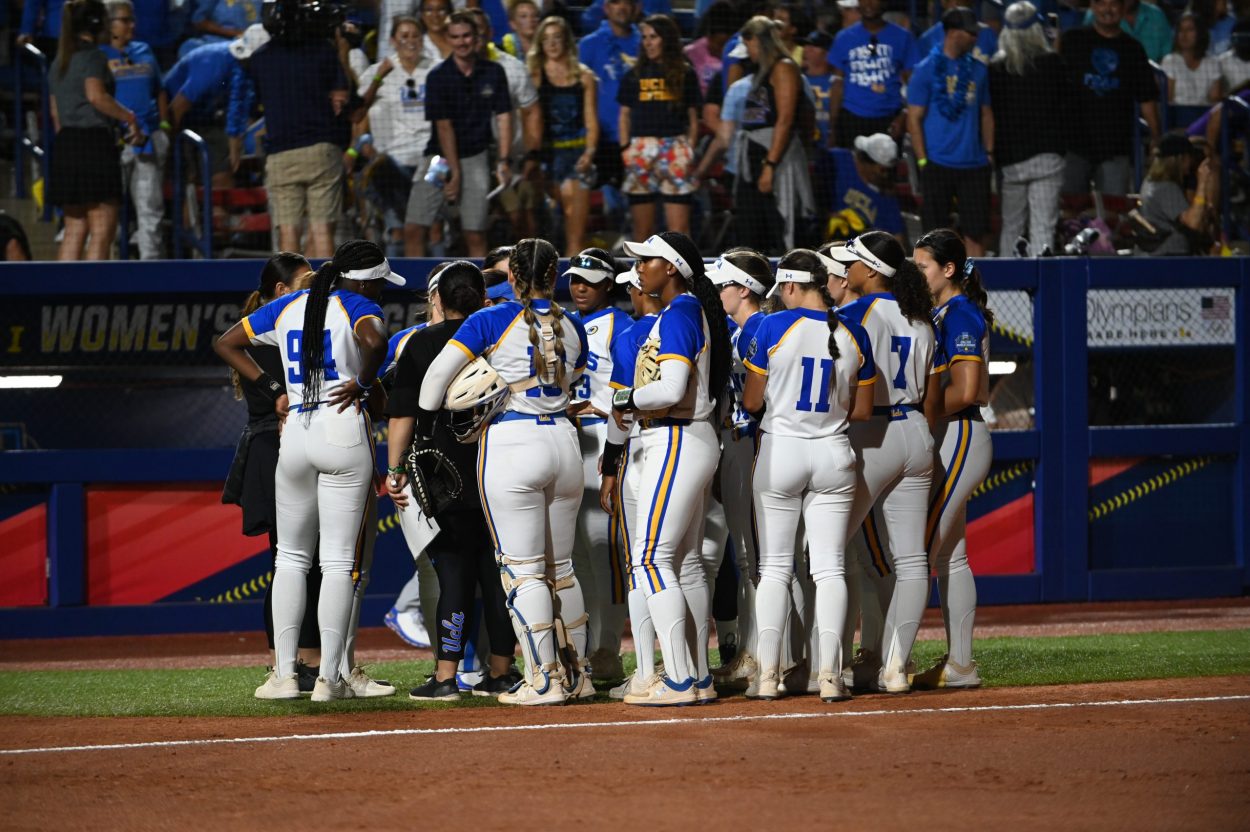 The Bruins, now (47-5), as the higher seed, were the designated home team and therefore, awarded the 3B dugout. And with the thousands of fans who bought their tickets to see their favorite teams compete, Bruin fans were colorfully visual to the ESPN cameras and very present and accounted for, as they cheered their beloved team on from start to finish, in both standing and happily cheering postures. They were always supportive with plenty of “8-Claps” to go around and they were a very true UCLA Blue & Gold crowd.

To the game we go….All-American Rachel Garcia, with an impressive (17-1) record at game time, came out and did what she does best….pitch like only she can pitch…in a quick one-word description…Excellently!! Once again, and in the deepest sense of being a “clutch” performer, she mesmerized her opponents with her arsenal and variety of pitches from rise-ball, to fast-ball, to curve ball, to change-up, and always did enough to keep the Seminole hitters guessing at what pitch they were going to see next.

She easily cruised through the first five innings in a scoreless effort. In their bottom half of the inning, the Bruins mounted their offense with small-ball and solid base-running tactics. First, it was an infield hit by 1B/Kinsley Washington, who then advanced to second on an error by 2B/Devyn Flaherty. That was followed by an RBI single up the middle from the #9 batter, 2B/Anna Vines, scoring Washington, who slid safely head-first into home plate, beating the throw-in by a couple of seconds. It was now (1-0) Bruins. (Of Significance): Bruin speed and base-running skills were now on full display. This had to greatly concern FSU’s coaching mind-set. 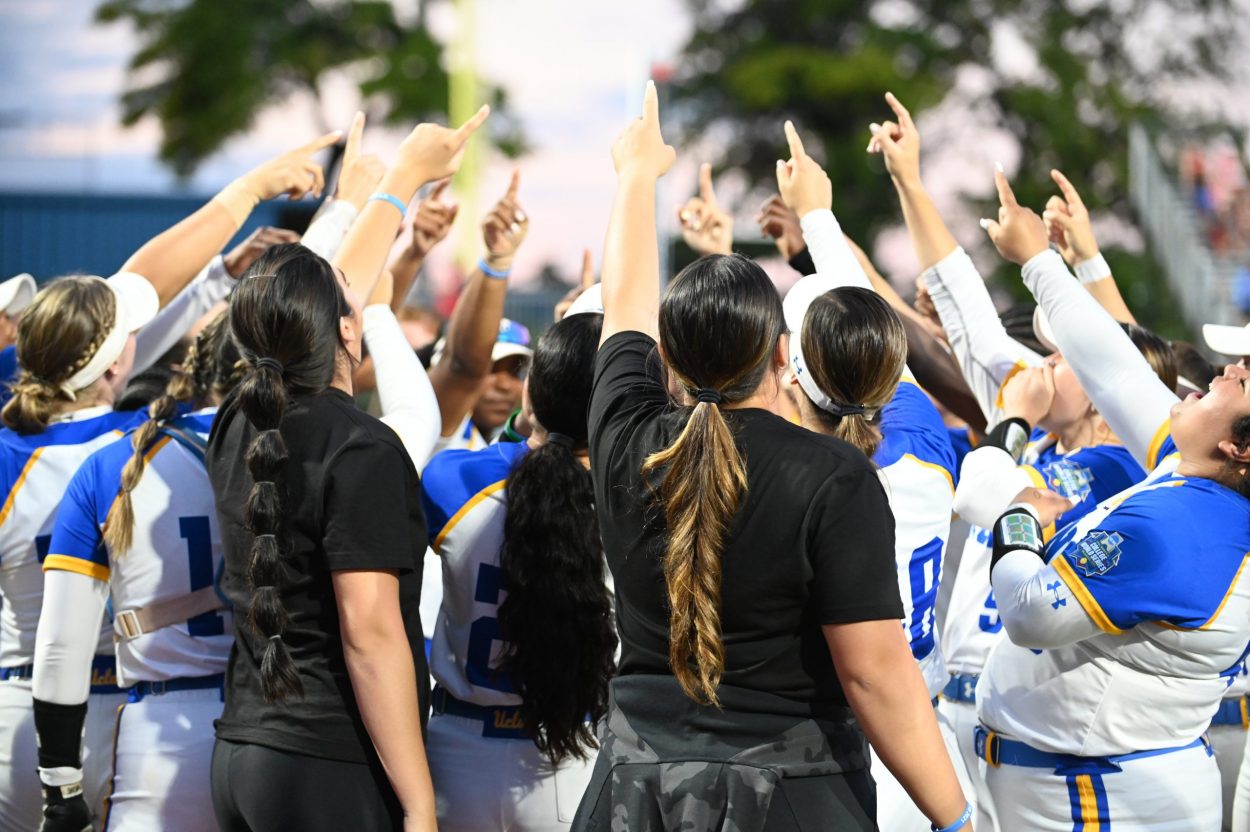 By the 6th inning, the Bruin hitters had figured out FSU’s starting right-hand pitcher, Kathryn Sandercock and used the small-ball again to get runners on base. Here’s what happened. #23/RF/Aaliyah Jordan led off with a single. Lauryn Carter, tall and athletic, was sent in to pinch run for Jordan. Carter advanced to 2B on a fielder’s choice and then #97/JR/Delanie Wisz, the Loyola Marymount University (LMU) transfer, belted a two-bagger to the left center gap, scoring Carter. This made it (2-0) Bruins.

Next up was the hot-hitting and dangerous Bruins slugger, and newly awarded All-American/#7/FR/Maya Brady who hammered a first-pitch from reliever, Danielle Watson, that was knee high, but “down-and-away” and drove it 350′ into the right centerfield bleachers. It was her 14th “round-tripper” and tied her for the team lead with SS/Briana Perez. The Bruins scored 3 runs in the inning, making it quite positive that they would hold on defensively to preserve Garcia’s 18th win against only 1 loss for the season.