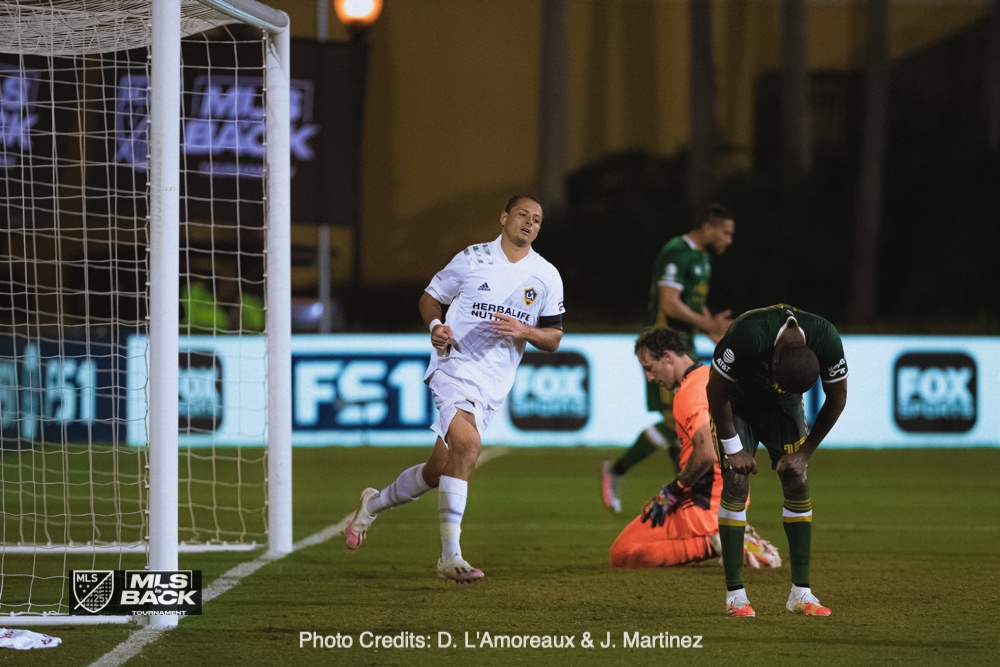 (East Los Angeles, CA)—[July 13, 2020] The L.A. Galaxy took to the City of Orlando’s ESPN Wide World of Sports, neutral, but inviting “Pitch” for their first match in over four months, to play in the “MLS Is Back” Tournament. The opponent was the Portland Timbers, led into the competition by their Argentinian forward, Sebastian Blanco.

Brief Match Recap: The Galaxy battled the Timbers to a (0-0) draw in the first half, but it easily could have been (1-0) Galaxy if Javier “Chicharito” Hernandez’s penalty try was targeted to the left, instead of to the right of the goalkeeper. The other missing piece of the Galaxy’s regular arsenal was its Captain, Jonathan Dos Santos, who remained at home recovering from surgery for a sports hernia. 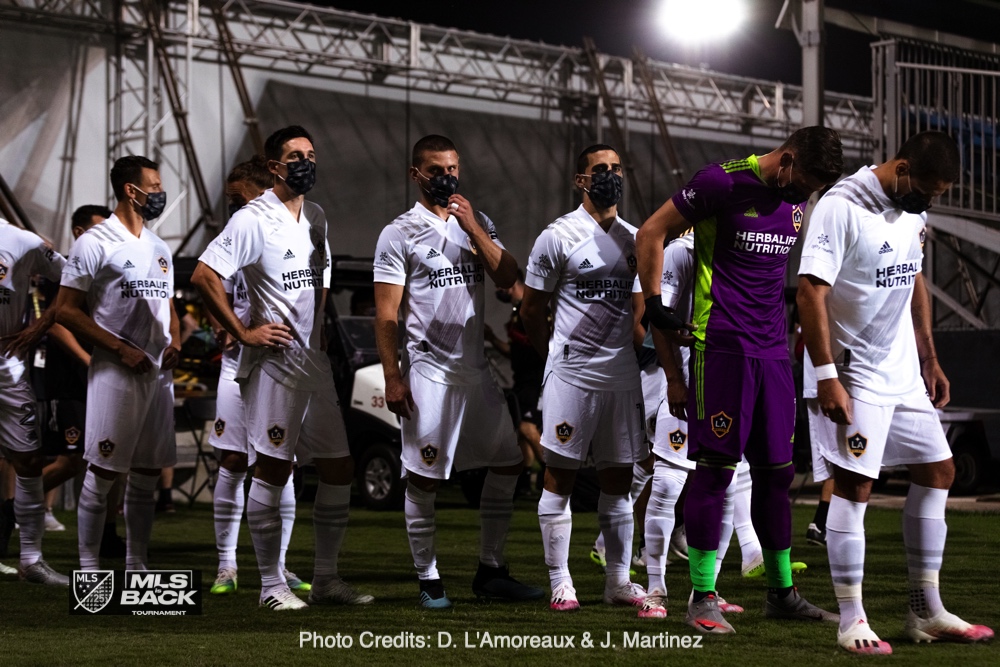 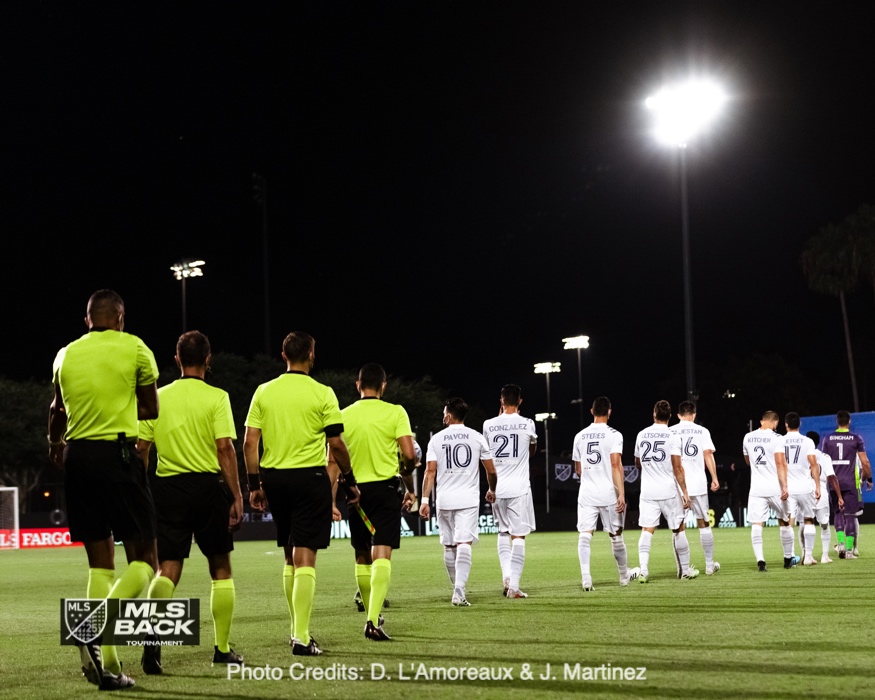 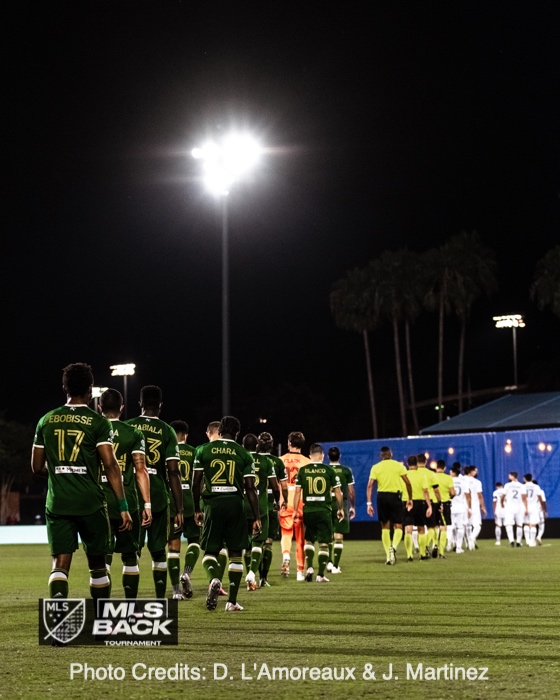 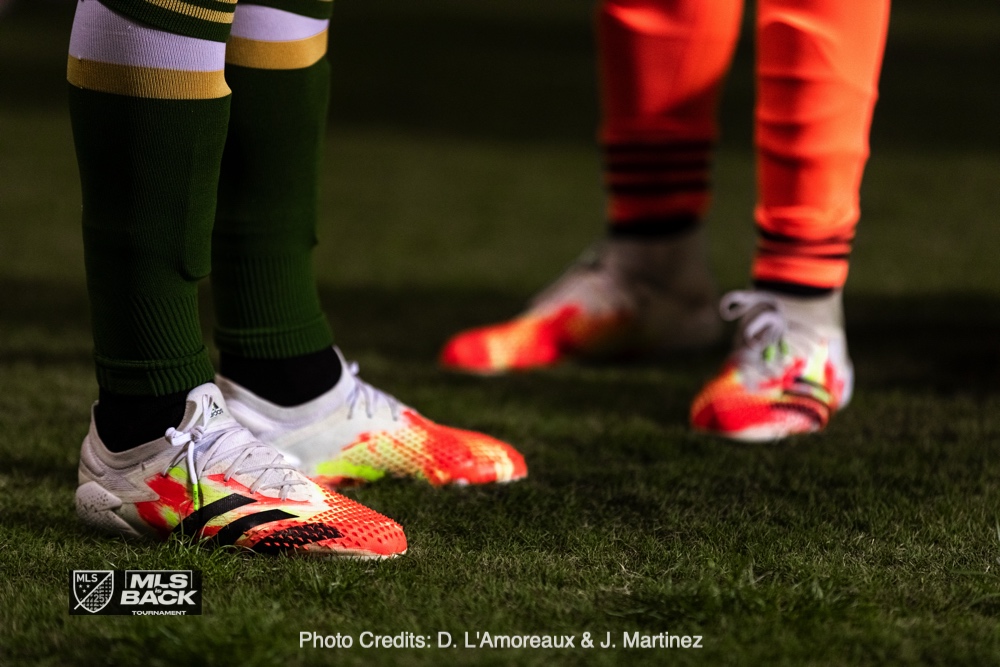 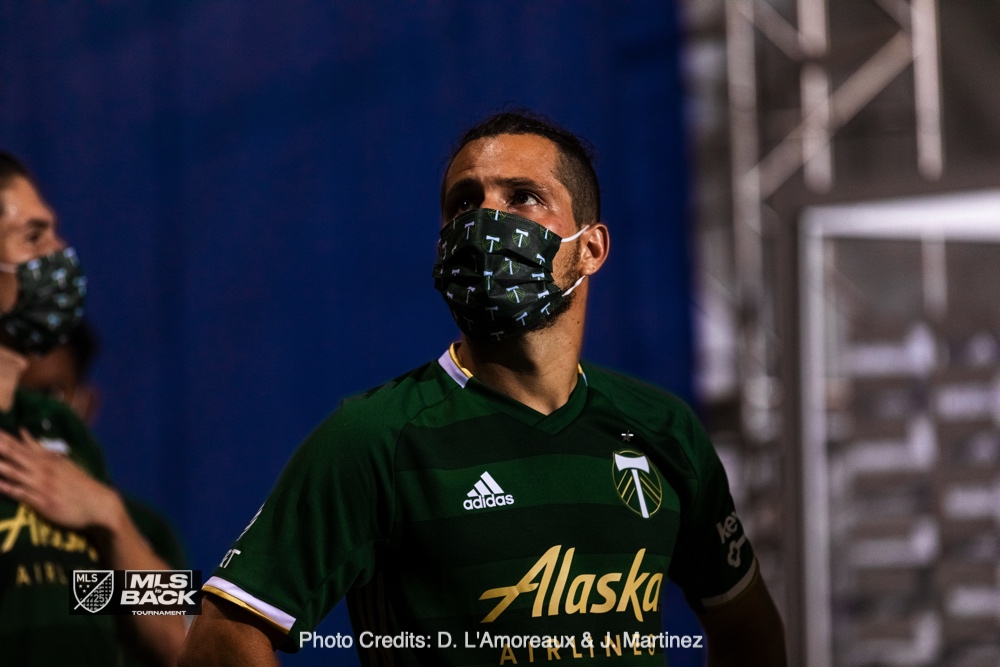 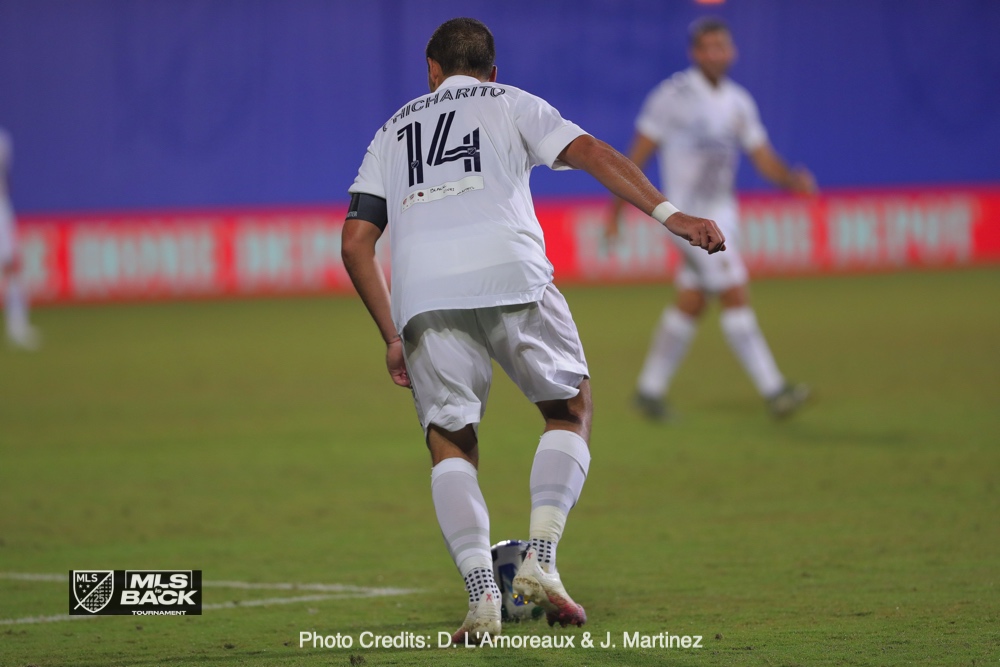 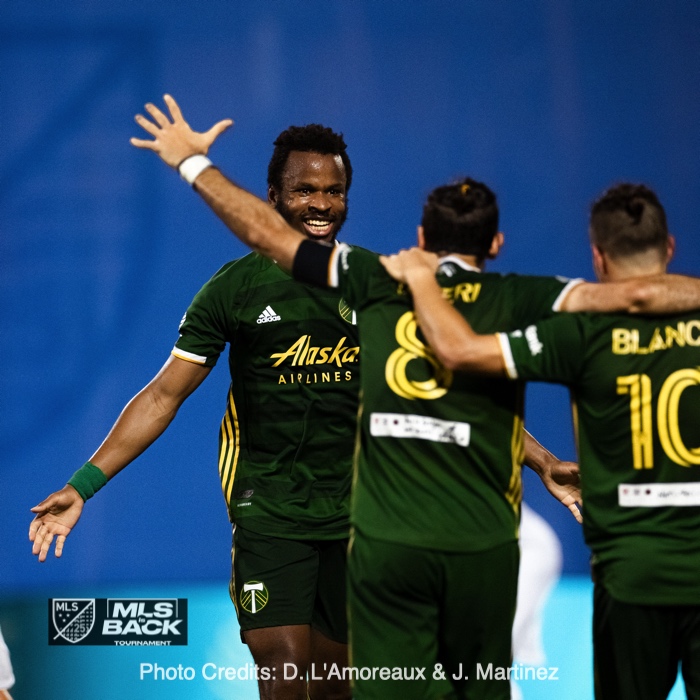 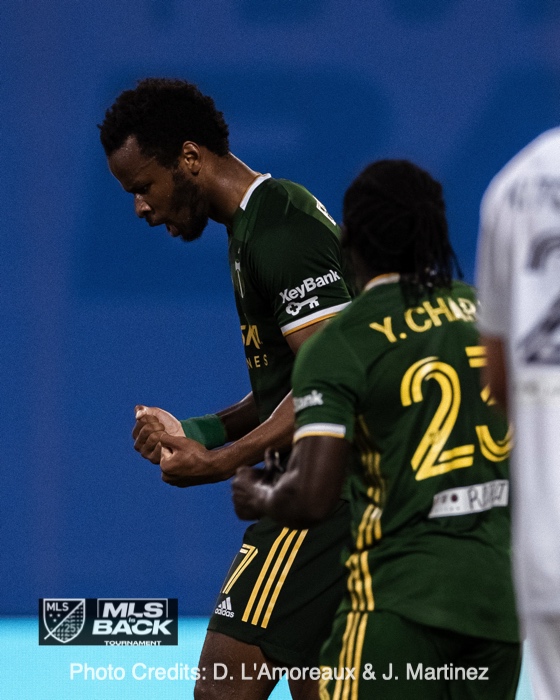 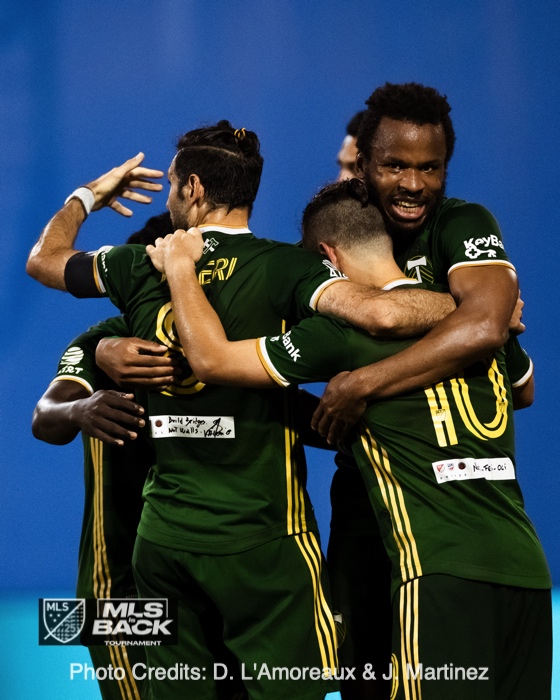 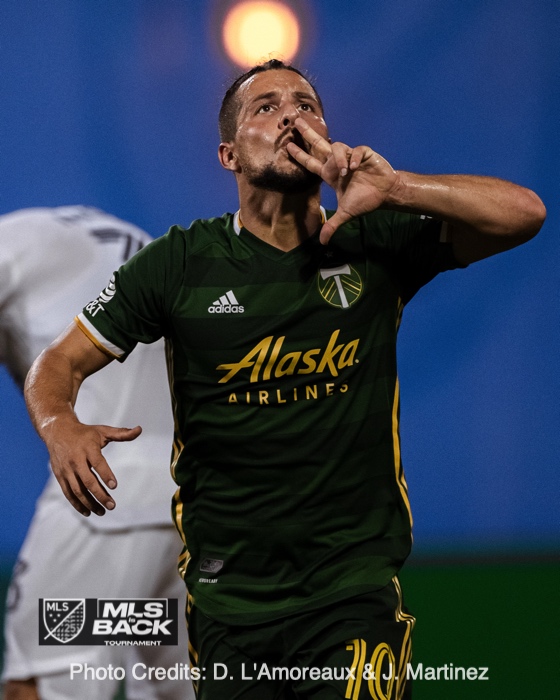 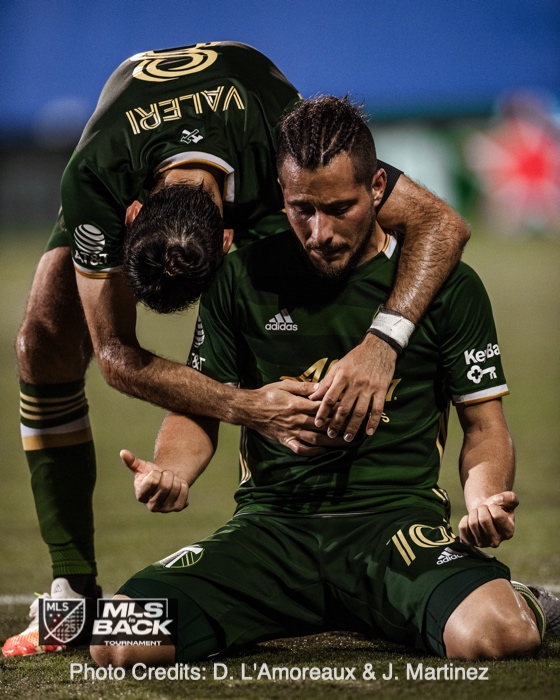 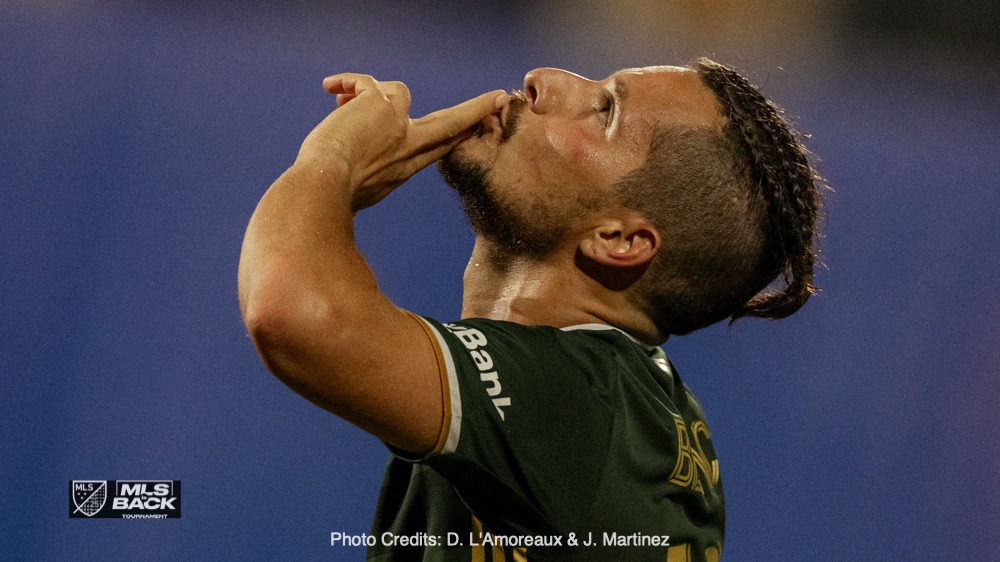 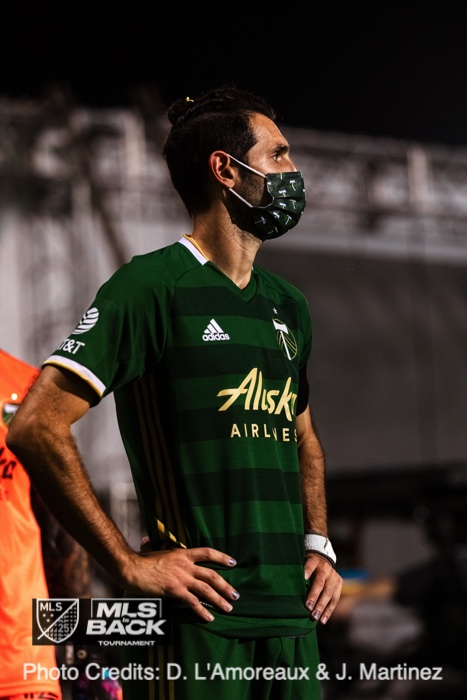 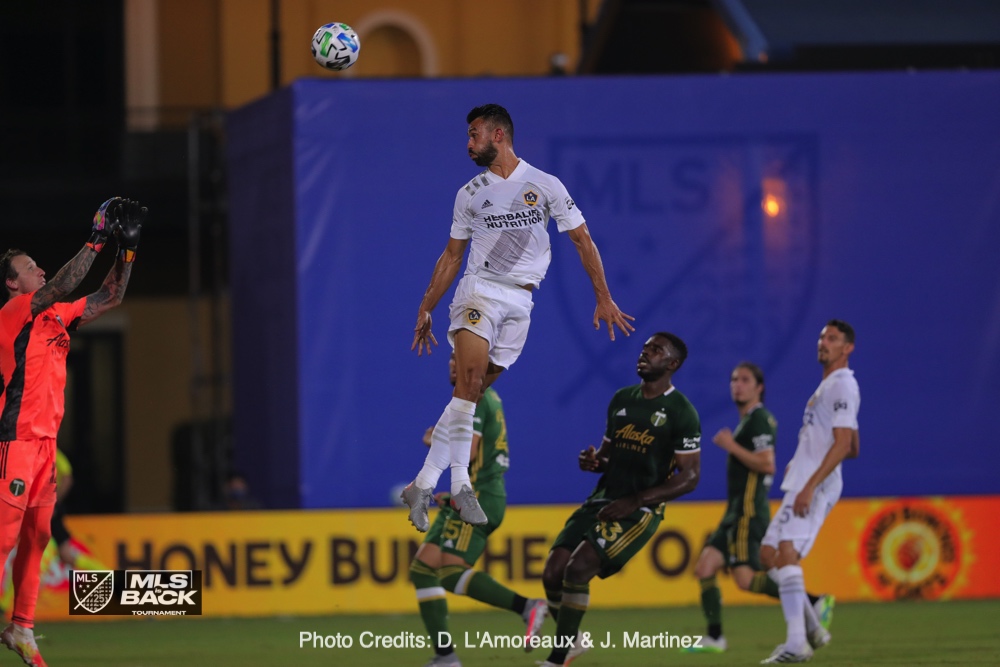 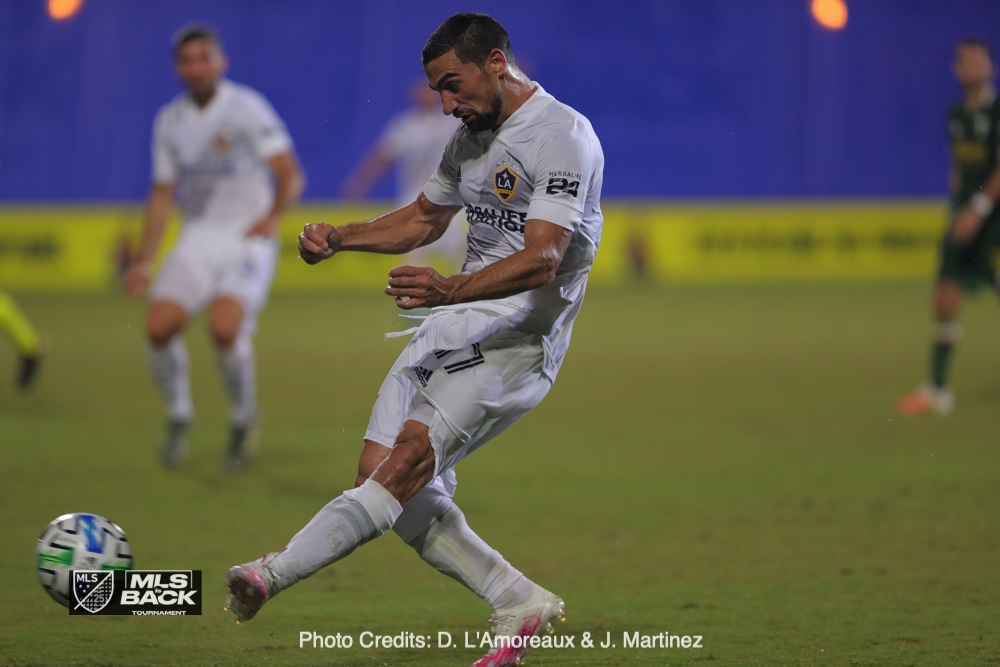 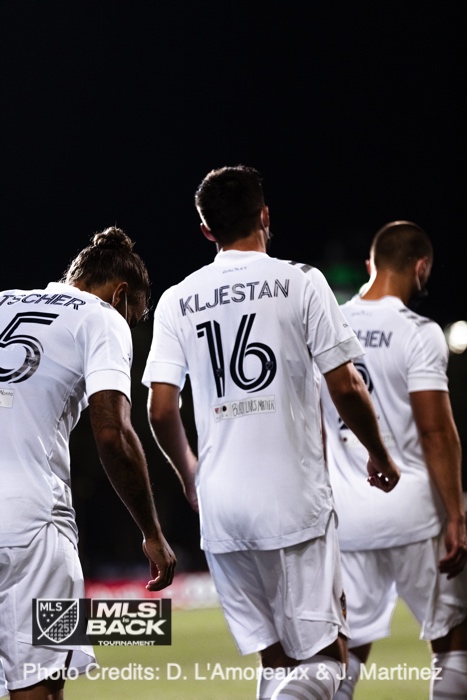 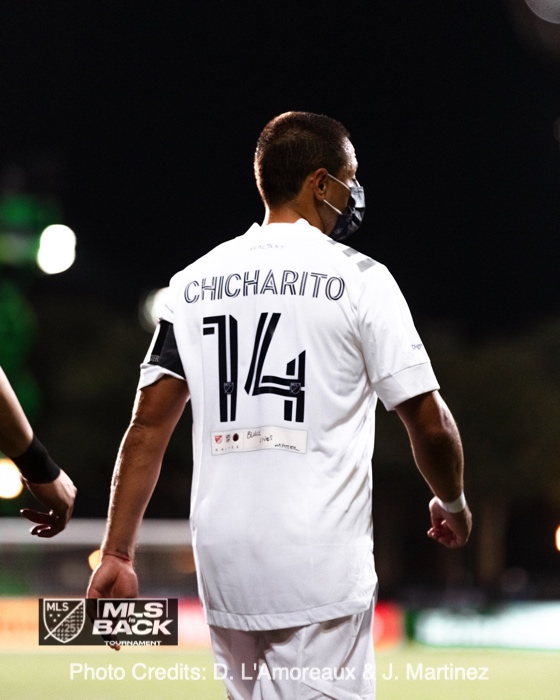 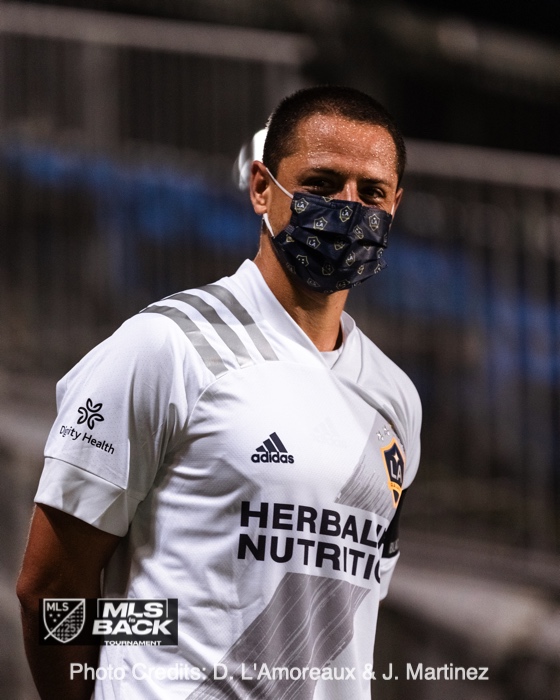 Moving onto the second half, it appeared that the Galaxy’s intensity wavered periodically for the first 25 minutes, while their opponent mounted several “high-energy” attacks. To take credit for the match’s first successful scoring drive, it was Sebastian Blanco, who made a beautifully placed crossing-assist to his alert forward, Jeremy Ebobisse. After capturing it, he then instinctively poked it in from directly in front of the goal. Then, some five minutes later, Blanco did the honors himself with a “one-on-one” attack, when he hypnotically moved from the pitch’s back end-line, shed his defender, centered the ball, took straight aim for a “wide-open” left-footed blast from the 10′ hashmark boundary line, sending it cleanly into the far left side of the goal. It was a thing of total artistry and beauty to see! This shot gave his Timbers a (2-0) lead at the 70th minute.

As the game clock was winding down towards the end of regulation time, the Galaxy, and all of their fan-base were now very relieved and glad that “Chicharito” finally scored his first MLS goal in the match, the tournament, and the season. This moved the score to (2-1) Portland. “Chicharito’s” goal momentarily gave the Galaxy some optimism and momentum, however, it couldn’t be sustained due to the diminishing clock. In two final, desperate drives, they did have an opportunity to tie the game at the 85th minute, but were turned away due to two consecutive “off-sides” calls that denied the goals that came as a result. It should be noted that all points scored during this tournament will be applied to the regular MLS season statistics. FINAL: Portland 2  Galaxy  1