Winning Streak Grows To Four. Travel To San José For The Cali Clásico Next. 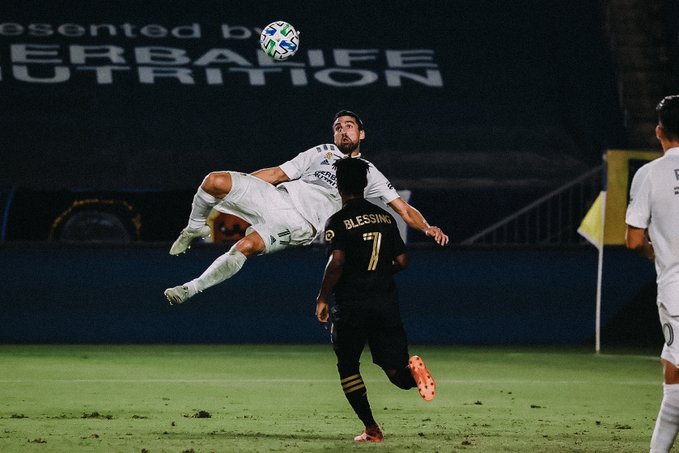 (East Los Angeles, CA) September 9, 2020 [From The Editor’s Desk]: The L.A. Galaxy are becoming a real force in the MLS regular season and just at the right time. Forget about the “MLS Is Back” Tournament that so joyfully brought the return of Major League Soccer back to life, along with the craziness/”La Locura” of being a Soccer/Fútbol aficionado to the max. We, here in Los Angeles, have two MLS teams to be proud of in our allegiances and followings, similar that of our Lakers-Clippers, and Rams-Chargers. Think about that sentence just for a second…no other city in the nation can boast of that, or lay claim to the dynamic of so many Pro teams representing so many sports. So now, let’s get into the latest version of “El Tráfico” that took place this past Sunday at the Dignity Health & Sports Park in Carson, CA, home of the Galaxy.

By Our Correspondent, Javier Pérez: After two weeks from the playing of the most recent El Tráfico match on Aug. 22nd, the Angeleno clubs met once again for another edition of the “Battle for LA.” This time there appeared an inconsistent LAFC, as visitors, who fell to the Galaxy last time out, but then bounced right back and destroyed the other Cali rival, the San José Earthquakes. Coming into this critical match, the ever, and fast-improving Galaxy boasted a 3-game winning streak, looking to expand that to an even (4) games. Both teams however, were missing their superstar strikers, such as Carlos Vela, who continues to sit out for LAFC as does “Chicharito” for the Galaxy. Followers for both squads found their favorite viewing and cheering spots in the City and Beyond, and then it was off-to-the-races from there. 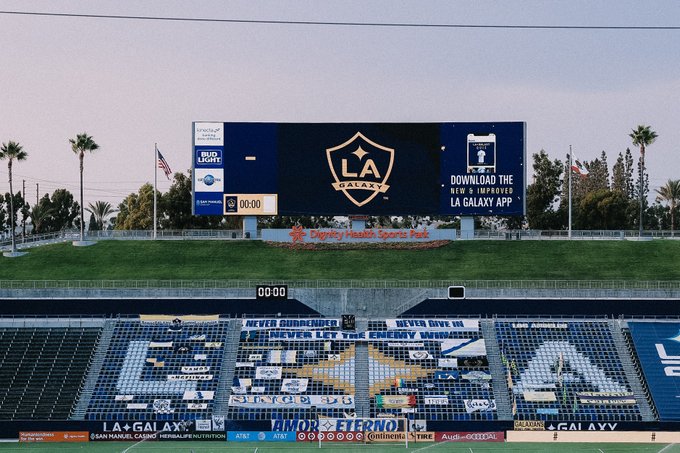 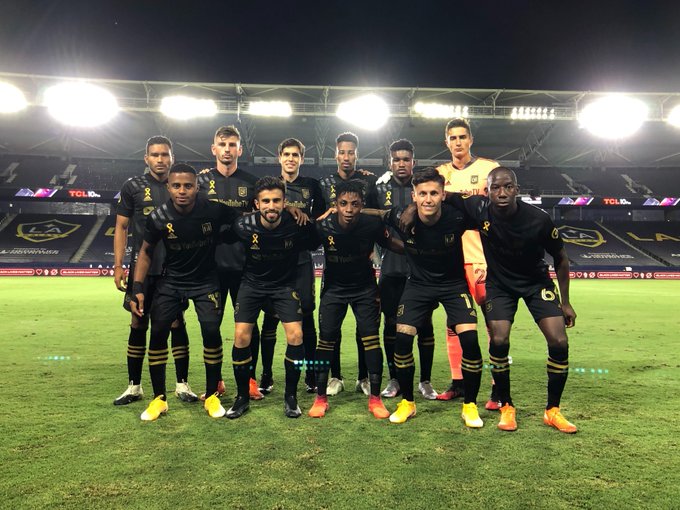 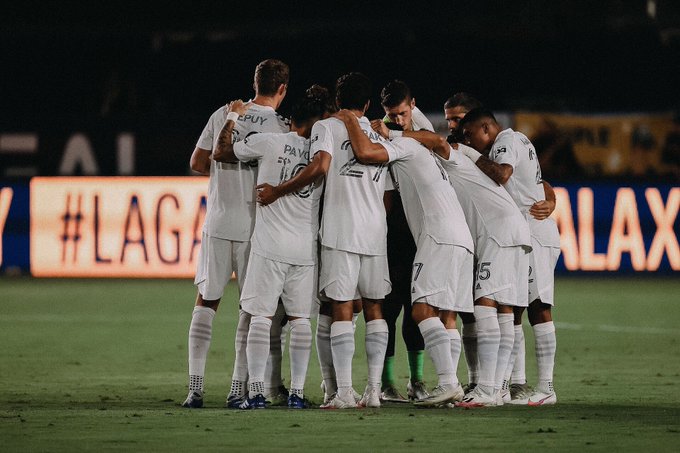 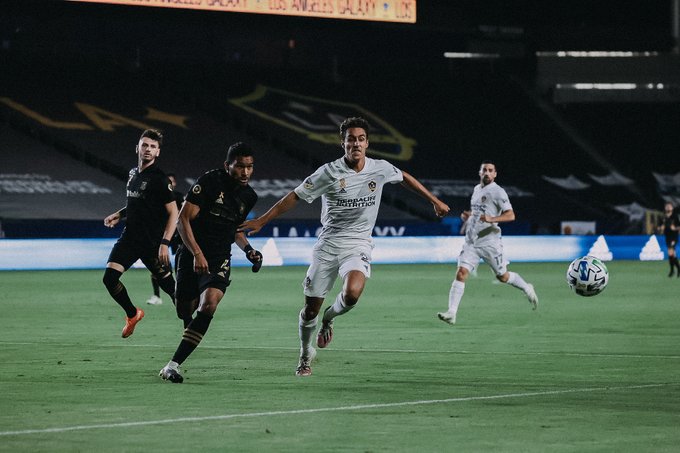 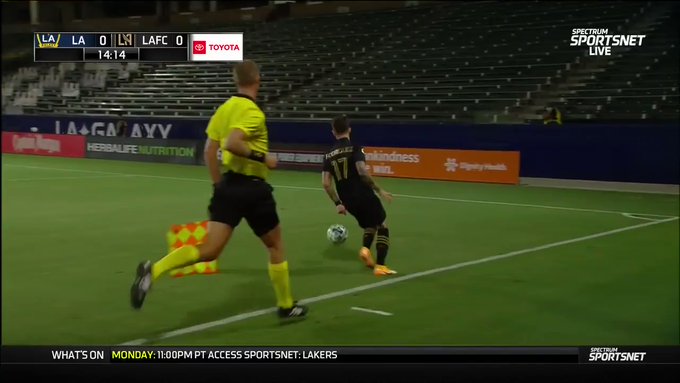 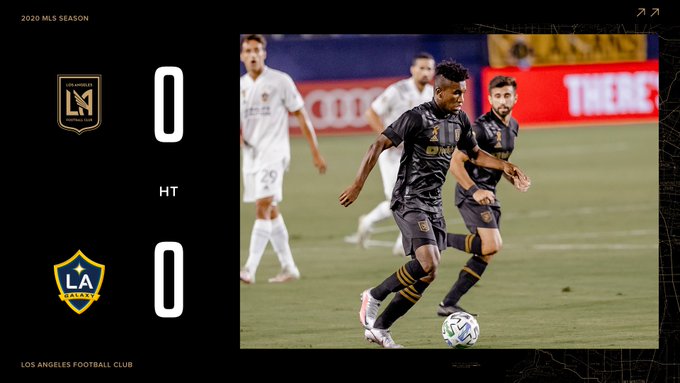 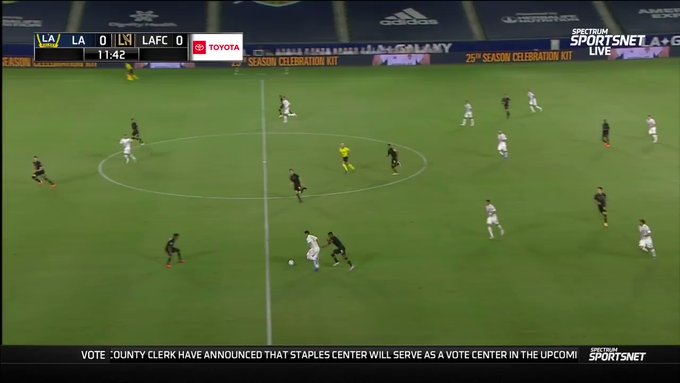 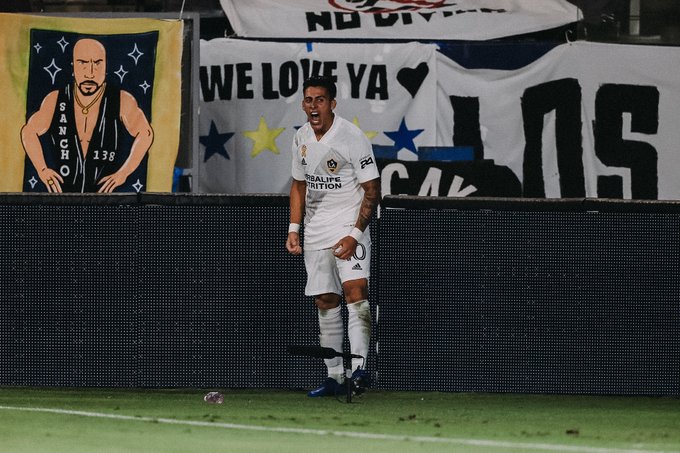 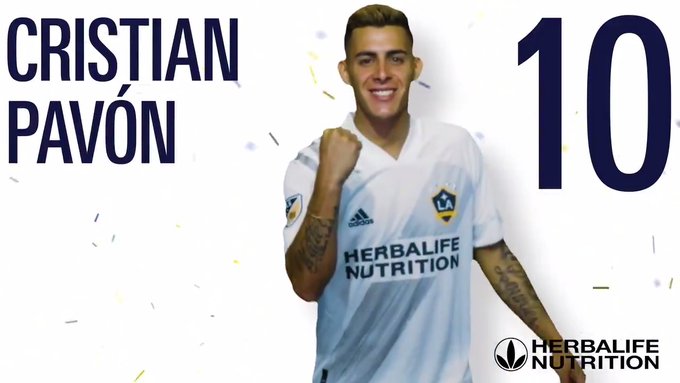 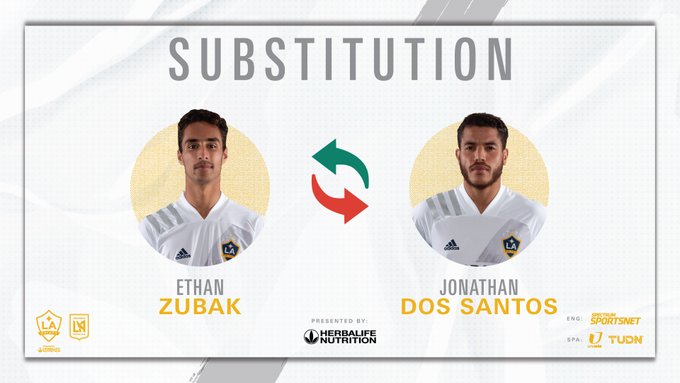 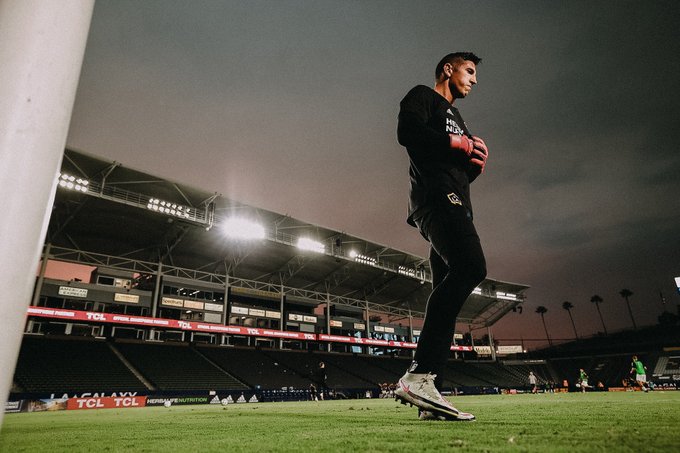 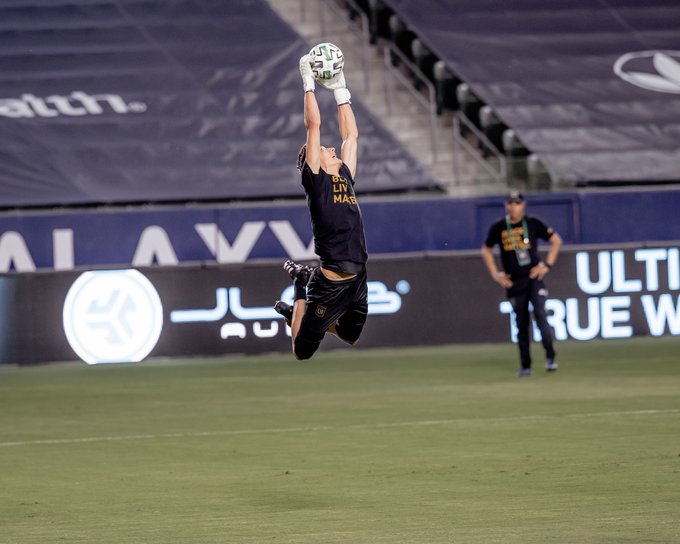 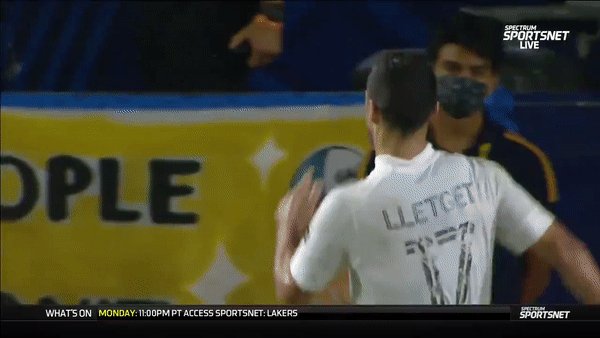 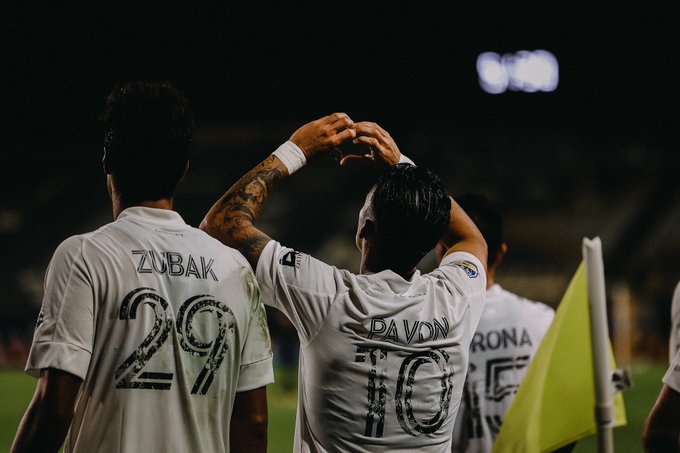 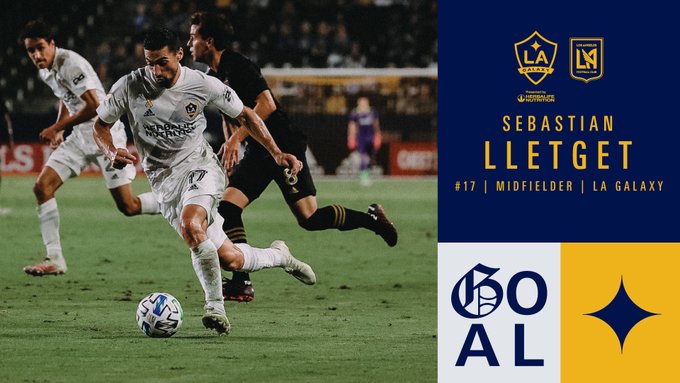 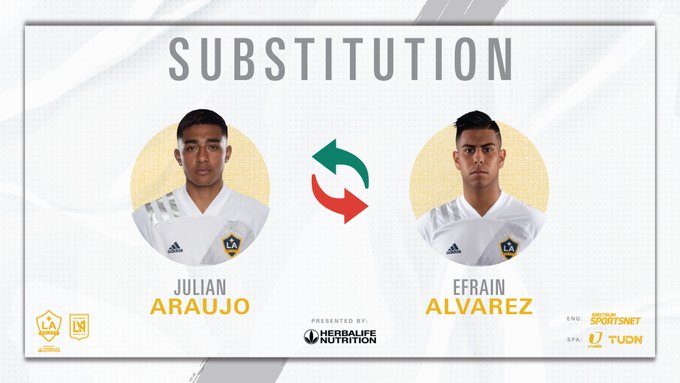 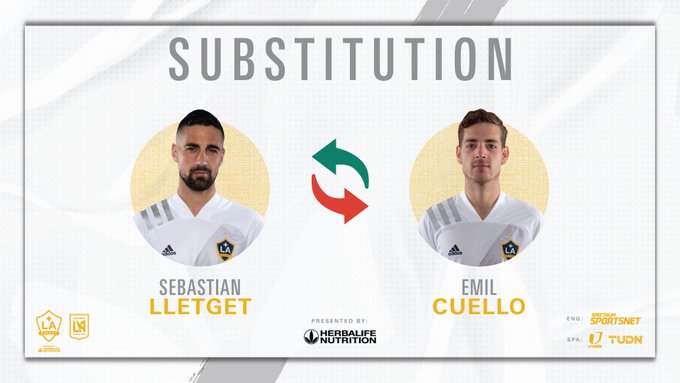 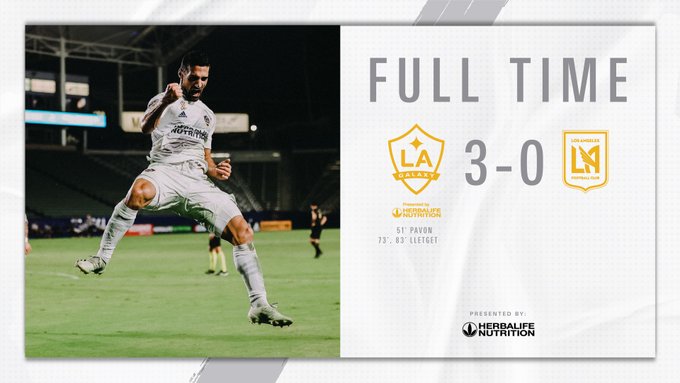 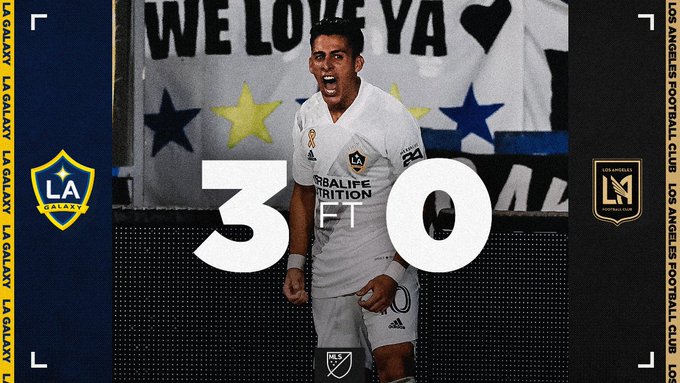 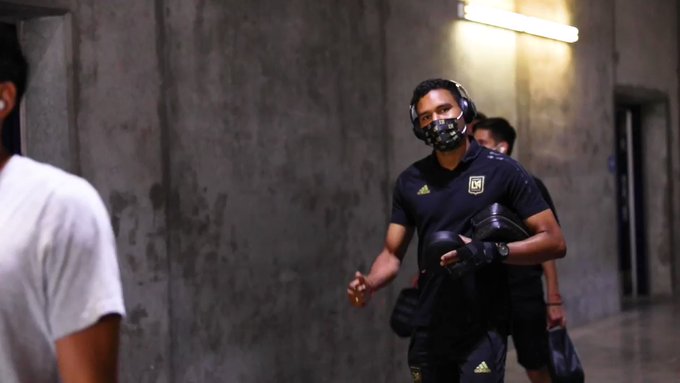 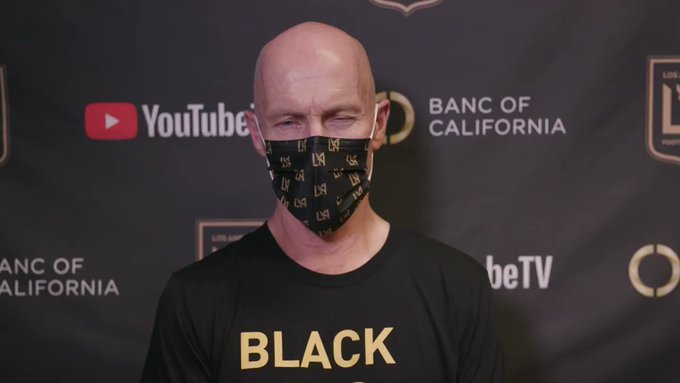 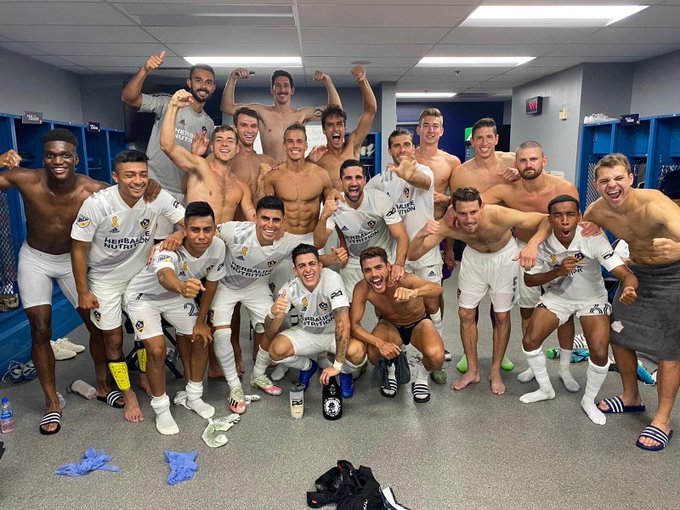 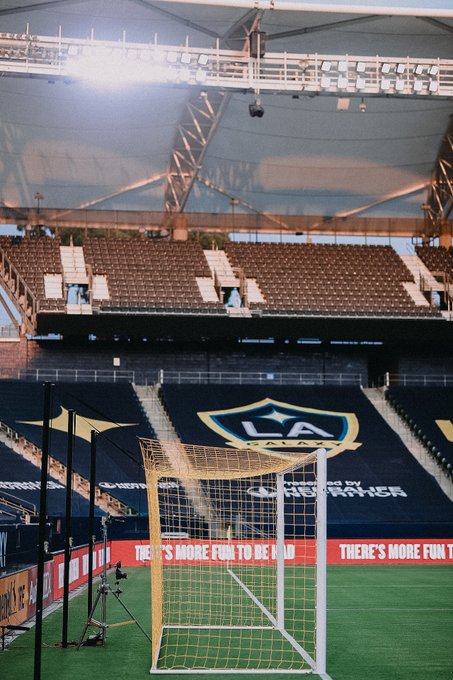 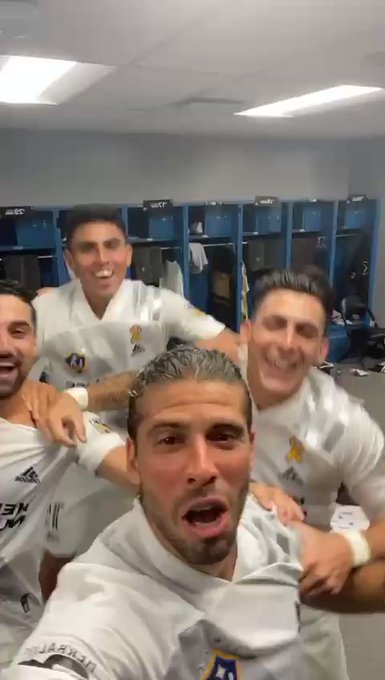 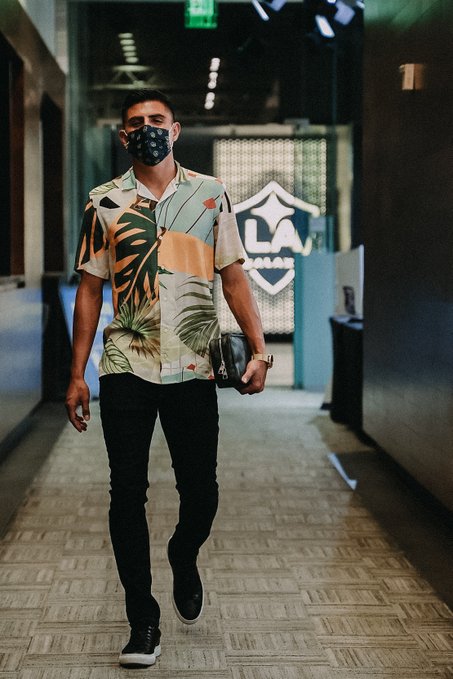 LAFC came out with a 4-3-3 formation with Pablo Sisniega at goal. Eddie Segura, Tristan Blackmon, Latif Blessing, and Diego Palacios occupied the Back 4. Stationed in the midfield area were Mark-Anthony Kaye, Francisco Ginella, and José Cifuentes. Up on the attacking front were Diego Rossi, Brian Rodriguez, and Bradley Wright-Phillips.

The L.A. Galaxy came out with their regular 4-2-3-1 formation with David Bingham at goal accompanied by Daniel Steres and Nick Depuy as centre backs along with Rolf Feltscher and Emiliano Insúa as fullbacks. In the attacking half were Julian Araujo, Sebastian Lletget, and Cristian Pavón, accompanying lone striker Ethan Zubak.

[1st Half] – LAFC started off the first half with a much more dominant presence. They reached the Galaxy’s goal various times but the Galaxy was lucky to have Bingham deflect the shots away from the back of the net. The Galaxy struggled as their plays were sloppy as was their defense. They were having a hard time adjusting to the game’s pace, barely being able to complete a solid pass. On the other hand, LAFC had plenty of shots on goal but failed to capitalize on their chances. As a result, both teams walked into the locker room tied at (0-0) at halftime.

[2nd Half] – As the 2nd half kicked off, it was apparent the teams were physically struggling under the extreme weekend heat-wave that had wrapped up our City of the Angels. Despite it being an evening game, the local weather remained in the high 80s to low 90s during the match. However, then came the 57th minute of action and after a through-ball from Insua landed nicely at Pavon’s feet, LAFC’s goalie, Sisniega’s inexplainable and poor positioning, leaving him 20 yards away from his goal and no appreciable back-up defender to help, allowed the Argentinian striker to bloop it easily over Sisniega, and into the back of an empty, unguarded net, putting the Galaxy up (1-0). The Galaxy’s entire demeanor changed as their attacking became more frequent and precise. In the 73rd minute, a planned set-piece from a “free-kick” in the right corner of LAFC’s goal, allowed Lletget to strike a ground-cross from Pavón into the bottom right of the net, that made it (2-0) for the Galaxy. LAFC’s defense was in  disarray after that, and allowed the Galaxy to attack relentlessly. LAFC’s Mark-Anthony Kaye received a “Red Card” for a flagrant and horrible tackle which penalized LAFC, leaving them with only 10 men to finish the match. As the Galaxy looked for its 3rd goal, Feltscher crossed a ball into the box, and as it sailed across, Lletget fired in a spectacular Pelé-style scissors-kick, and tucked it into the top right of the netting, which put the final nail into the coffin for the (3-0) win.

The Galaxy has now extended its unbeaten streak to (4) games as their play looks more and more promising with each game. As for LAFC, their inconsistency has left some MLS insiders in doubt as to what happened to the wonder team that broke those records and made it to the MLS Cup Final last year. Oh, but the season is not quite over, and with those remaining matches, who can predict the two Finalists for this COVID-19 plagued season.

Next Up For the Galaxy (4-3-2/4th place with 14 points) are now set to face-off with the San José Earthquakes in another “Cali Clásico” on Sunday, September 13th at 8:00 PM PST. Broadcast On: UniMás, TUDN, Twitter (English Commentary), MLS LIVE on DAZN, and NBC Sports California

Next Up For LAFC (3-4-3/8th place with 12 points). Yesterday, September 9th, they were matched up on the road with Real Salt Lake City and lost by the score of (3-0). Their next game will take place against the Portland Timbers on Sunday, September 13th at 8:00 PM PST. Broadcast On: MLS LIVE on ESPN+ · MLS LIVE on DAZN · YouTube TV [LA region only] · EstrellaTV 62 · ROOT Sports NW