(East Los Angeles, CA) August 23, 2021 [From The Editor’s Desk]: The countdown to kick-off is now on for the 2021 MLS All-Star Game to historically take place, for the first-time ever, inside the best fan-friendly stadium in the MLS, our very own Banc of California Stadium. It is one of the best designed playing field (or) pitch, and fan accommodating sports sites that distinguishes our LAFC franchise as one of the easiest accessible, extremely comfortable, and most modern built to date.

present, then you need to purchase them immediately. There are most likely, a small quantity left for the public to purchase.

Now, let’s get everyone up to speed regarding the set-up and the line-ups for this highly awaited match-up, between the MLS’s best vs. LIGA MX’s best. Read just below, the official Press Release issued today, 8/23/21, by MLSoccer staff @mls. 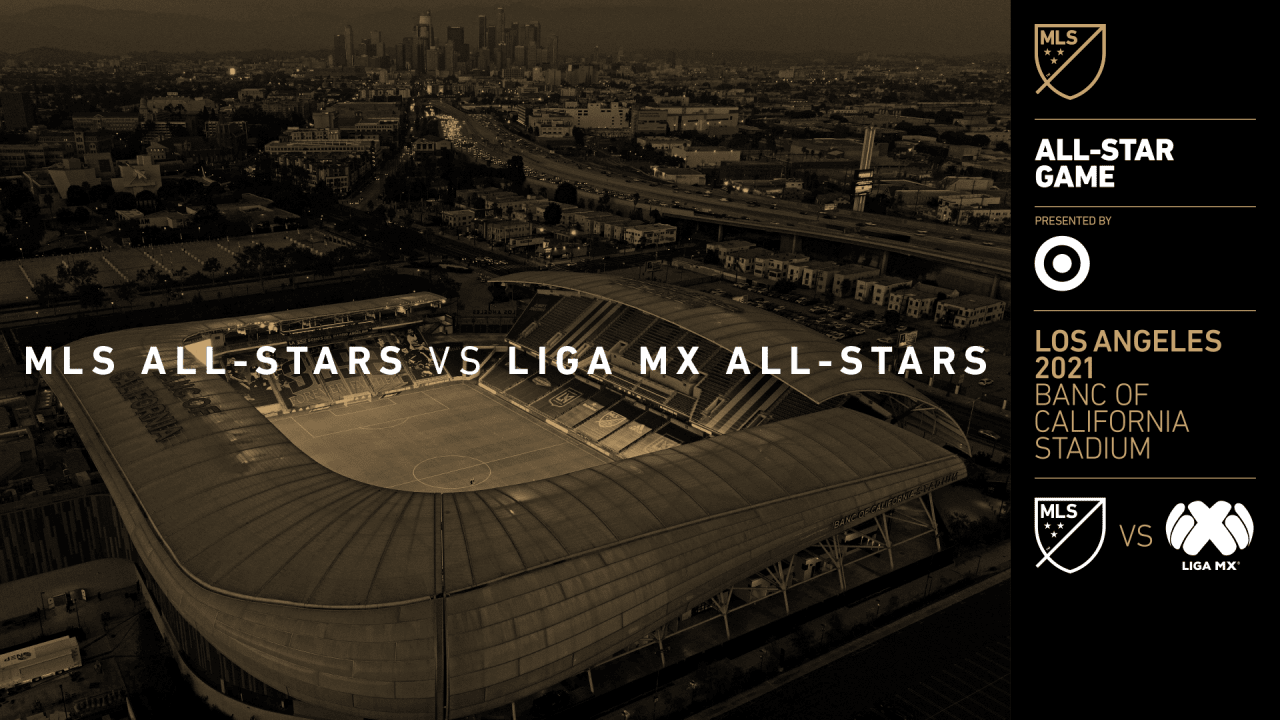 A first-of-its-kind MLS All-Star Game is almost upon us, as the best in Major League Soccer take on LIGA MX stars Wednesday evening from Banc of California Stadium.  Before we get to the unforgettable action on the field, we reveal five things to know about the MLS All-Star Game presented by Target.

From the Concacaf Champions League to Leagues Cup and now the MLS All-Star Game, there’s never been more collaboration — and competition — between the region’s two largest leagues. More games mean more chances for this rivalry to grow and with those bragging rights at stake, this promises to be the most competitive All-Star Game yet.

The game also comes after big wins for the U.S. men’s national team over their Mexican counterparts this summer and ahead of the two countries meeting in World Cup Qualifying in November. Several players involved Wednesday will hope to be representing their country in that blockbuster matchup.

One of the things that makes the MLS All-Star Game special is the roster selection process. Stakeholders from across the league had a say – fans, media, head coach Bob Bradley and MLS Commissioner Don Garber – in picking the roster. Here’s a breakdown of how the 28 MLS players were selected.

The first 14 selections of the Liga MX roster were the winners and nominees for the Balón de Oro awards within the categories of best goalkeeper, fullback, defender, defensive midfielder, attacking midfielder, rookie and forward. Cruz Azul head coach Juan Reynoso, after being chosen as Liga MX head coach of the season, selected 11 players and Liga MX Executive President Mikel Arriola made one pick.

Cristian Roldan, one of six Seattle Sounders on the roster, was named the captain of the MLS All-Stars. The captaincy was determined through a Twitter vote, which allowed fans to lobby for Roldan, LAFC star Carlos Vela, LA Galaxy forward Javier “Chicharito” Hernandez and Nashville SC defender Walker Zimmerman.

The #CaptainRoldan hashtag received the greatest volume of usage during the voting period, between both original tweets and retweets that counted toward a player’s total. Roldan was officially informed of the honor following Seattle’s 1-0 win over FC Dallas last Wednesday.

In addition to the Skills Competition, there’s so much surrounding the MLS All-Star Game. There are community outreach events, including Barbershop Forum — “Wealth Equity: Building Bridges to Prosperity,” MLS WORKS Day of Service presented by Wells Fargo and MLS WORKS All-Star Community Day presented by Target.

Check out all of the week’s activities here.