Dodgers Must Use All Available Assets To Win 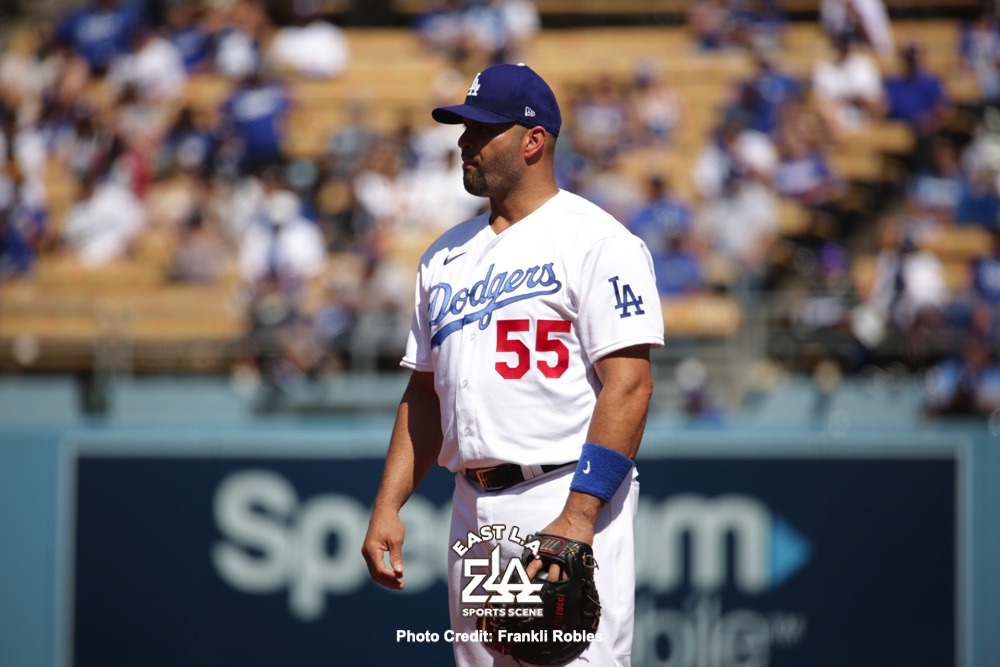 If Max Muncy can't go, Albert Pujols Is ready and willing! Dodgers Fans are always anxious to see the future Hall of Famer's hitting skills and leadership in person. Albert finds himself in a very unique position in his Major League career with this "winner takes all" game against his former team.

(East Los Angeles, CA) October 4, 2021 [From The Editor’s Desk]: And thus the beginning of the MLB National League’s playoff season comes down to its “Wild Card” match-up, a single elimination affair between our beloved Dodgers and the St. Louis Cardinals. Please give a good read to the Dodgers public announcement to all of its millions of longtime fans and to others who are interested in following the team for the first time.

LOS ANGELES – The Los Angeles Dodgers will open Postseason play on Wednesday with a ‘win-or-go-home’ Wild Card game against the St. Louis Cardinals at 5:10 p.m. PT at Dodger Stadium. Wednesday’s Wild Card game will be nationally televised on TBS and broadcast locally on AM 570 LA Sports, KTNQ 1020 AM (Spanish) and KMPC AM 1540 (Korean). Here’s more information on Wednesday’s huge game. 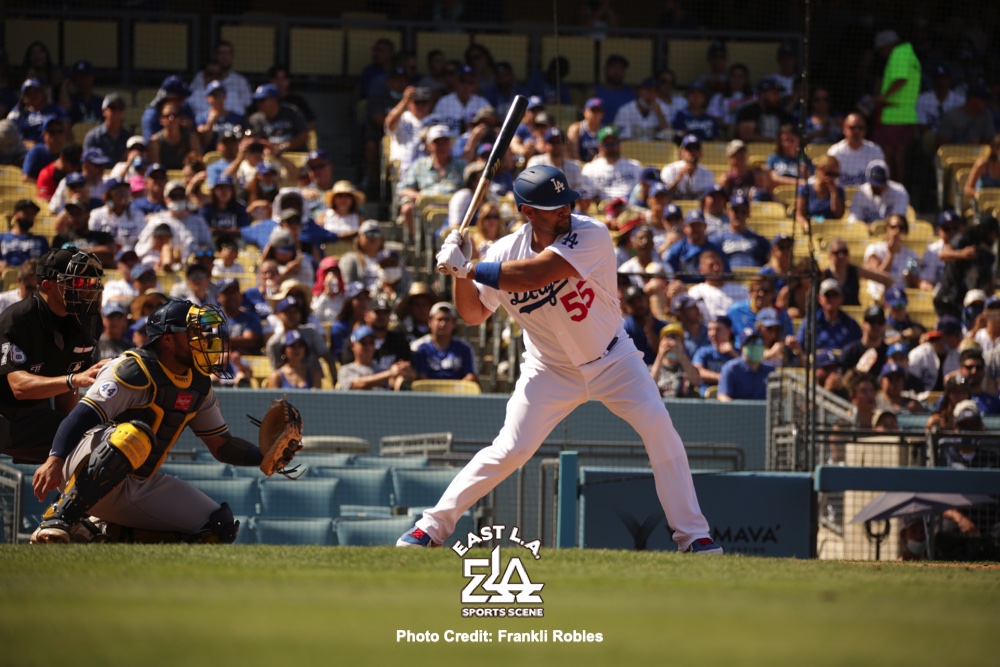 Albert Pujols takes a good swing in the final game of the 2021 season. It came in front of 42,000+ on the Dodgers much-appreciated Fan Appreciation Day.

(Tickets): Tickets remain available for Wednesday at Dodgers.com/Postseason. Fans can also receive priority access to all potential 2021 Postseason games at Dodger Stadium – including the World Series – with the purchase of a 2022 Membership (more information: Dodgers.com/Membership). 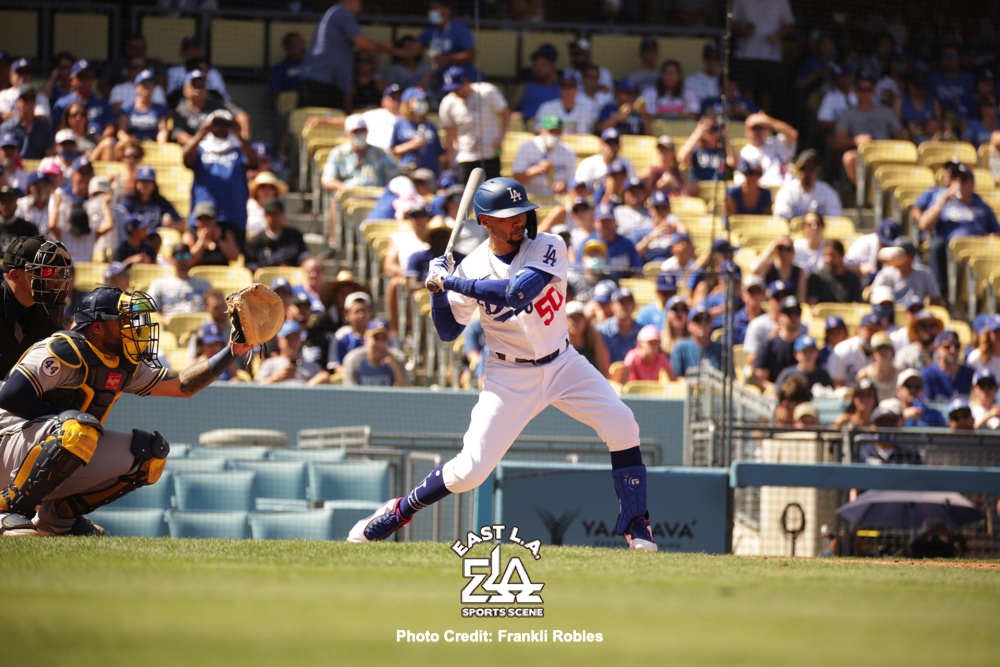 Mookie Betts takes a long look at a ball he passed on. This at-bat resulted in a bases-loaded walk and RBI that produced the winning rally against the Brewers in the final game of the season.

(Notice – Arrive Early!): Parking gates will open at 2:40 p.m. and stadium gates at 3:10 p.m Wednesday. Fans are encouraged to arrive early to enjoy batting practice and entertainment in the Centerfield Plaza. 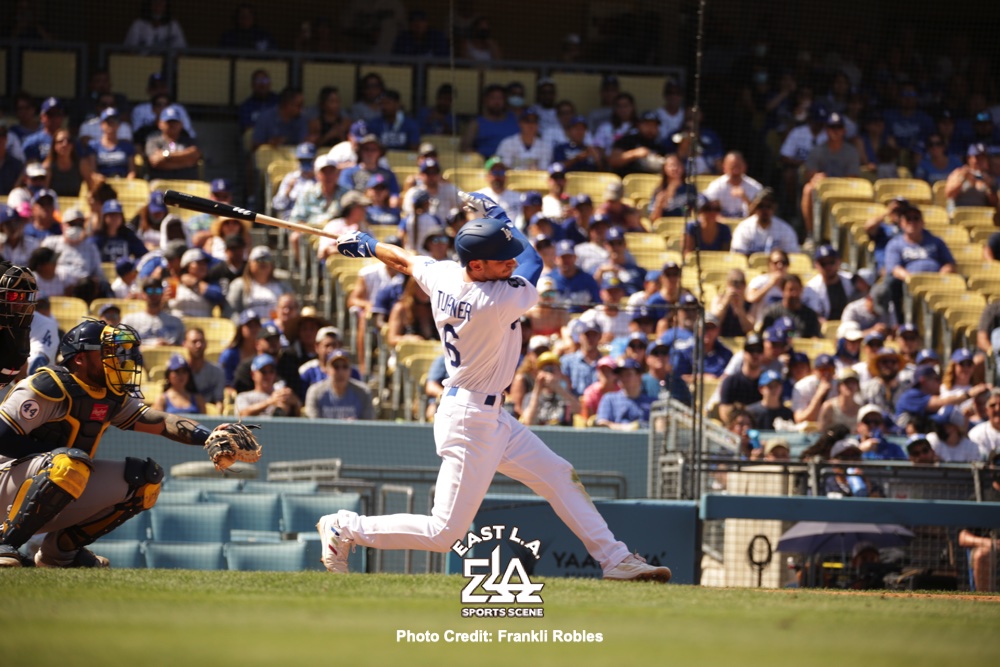 Trae Turner’s big follow-through is perfect as he launched his second Grand Slam in two days against the Brewers on the team’s last regular season game on Fan Appreciation Day. The Home Run tied the 2019 Club for the most wins in a season.

(Health & Safety): Fans are encouraged to visit Dodgers.com/FanSafety for the latest information on Health & Safety protocols at Dodger Stadium. 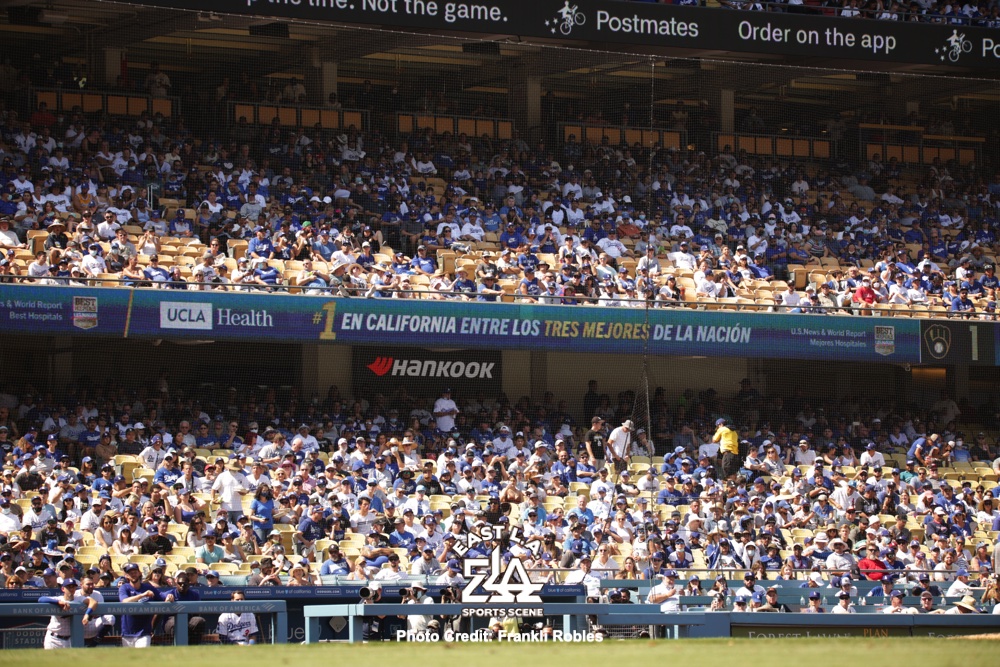 (2021 Season): The Dodgers finished the 2021 regular season with the best record ever for a defending World Champion at 106-56 (.654), 1.0 game behind the San Francisco Giants for the top record in the Majors. The 106 wins tied the 2019 club for the most victories in Dodger franchise history. Los Angeles earned its ninth consecutive Postseason berth and will appear as a Wild Card for the first time since 2006.