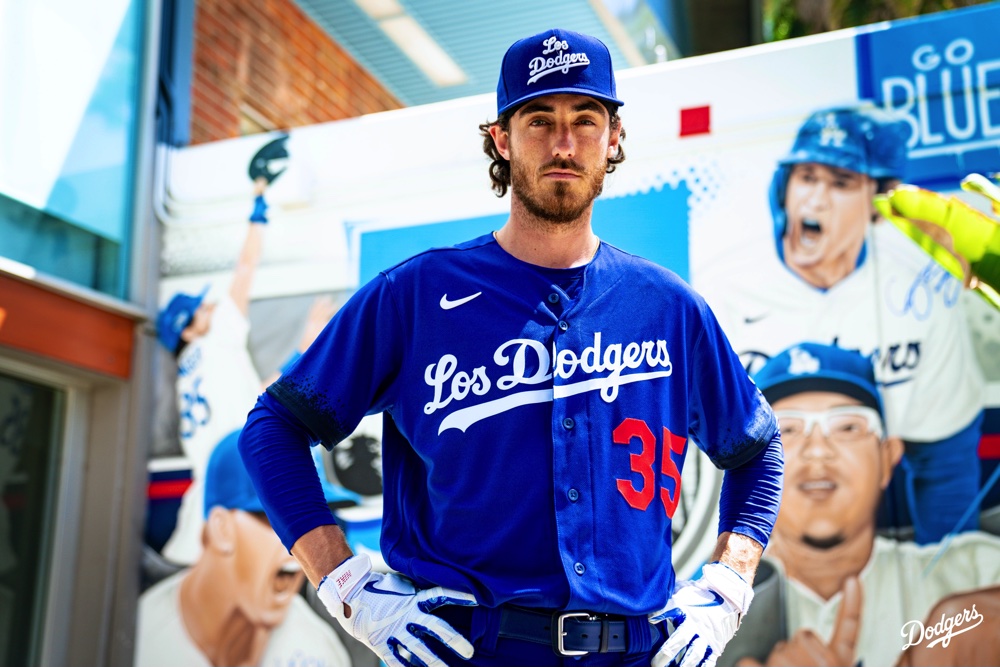 (East Los Angeles, CA) October 10, 2021 [From The Editor’s Desk]: The Dodgers came into San Francisco Giants territory on Saturday looking for a split of the Series’ first two games. They accomplished it in nearly the same manner that the Giants captured Game 1. The biggest difference of course, was that it happened with great pitching by Julio Urías, their, L-H/6-0/25 year-old, and critical hitting by #35/CF/Cody Bellinger, who timely ignited the Big Blue’s bats. So thus, in a different outcome for Game 2, we add the modifying phrase of….abundant Dodgers power-hitting for home runs and extra bases that claimed victory. 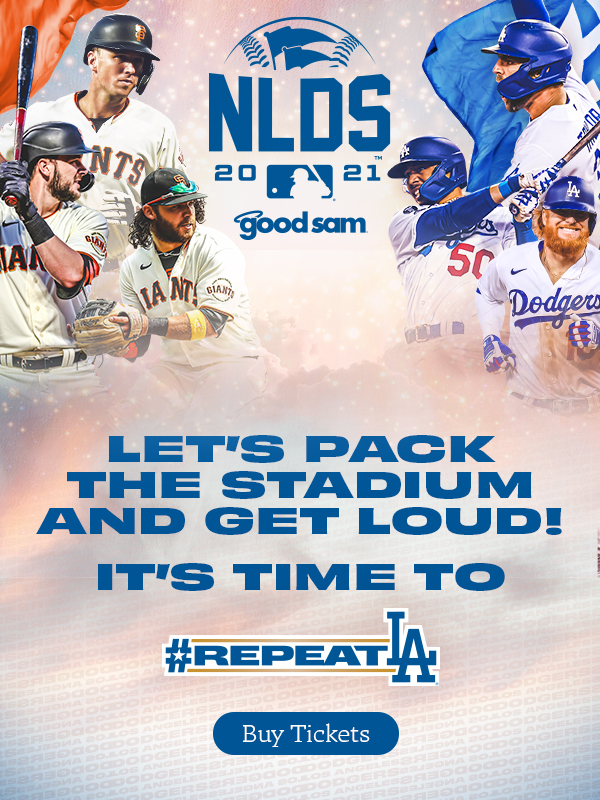 (Game Recap): The Dodgers second inning at-bats gave them the confidence that they were capable of tying this series, as they touched up starter Kevin Gausman for two runs. First, Urías helped himself with his bat as he singled to right, driving in Chris Taylor, who had doubled to deep center. AJ Pollock advanced to third. Mookie Betts then singled to left center and scored Pollock. The score was (2-0) eerily similar to Game 1, only the Dodgers took the early lead by the same count. On defense, the Dodgers were quite confident that their outstanding 20 game winner, Julio Urías, (20-3), would work well under the pressure of pitching in a “must win” game.

In the Giants’ 4th inning Urías kept everything together with his fast-ball in-spite of allowing a lead-off double to the dangerous hitting Buster Posey. He then retired the side on fly-outs to Chris Taylor, a pop-up to Justin Turner, and the third out on a fly-ball to Mookie Betts in right. On the other hand, Giants’ starter, Kevin Gausman was sailing along without any issues and had retired (8) in a row through the 5th inning. But, it was Urías and the Dodgers holding the lead.

And then the Big Blue Wrecking Crew went to work with a Mt. Vesuvius eruption in their half of the 6th as they ripped through Gausman and then his reliever. Here’s what happened. Leading off the frame, Trae Turner doubled to left. Then, Will Smith earned a walk that ultimately secured Gausman getting the hook from his Manager. He was replaced by Dominic Leone. And then the big bats really awoke when Cody Bellinger hit the first of  “back-to-back” 2-RBI doubles to deep center. The second double was credited to AJ Pollock as he went opposite field left. Those two loud cracks of the bats made it (6-1) in the blink of a fan’s eye.

In the bottom of the 6th, Mgr. Dave Roberts brought in his reliable middle inning reliever, RH/Joe Kelly, to begin the preservation of the expected tying victory of the series. He got the 1st out but ran into trouble when he put 2-on after a single to right by Buster Posey. But a spectacular back-hand play on a speedy grounder up the middle on the Dodgers infield shift by Trae Turner saved a run, when he calmly, but quickly flipped it to Corey Seager for the force-out at 2nd. It was still 2-on and 2-out for the left-hand hitting Brandon Crawford. He singled to right scoring a run but Wilmer Flores was caught trying to reach 3rd and as result, a pin-point throw on the fly, by RF/Mookie Betts to Justin Turner, cut him down. Thankfully, the inning was over. These two defensive gems, (T. Turner & Betts), were noted at the same time, as “rally-killers” and “game-preservers” for the Dodgers. Without them, the complexion of the game could have been much-improved and brighter for the Giants. But not then.

The Dodgers still had their hitting swagger in the 8th when Will Smith clobbered a solo home run to left. Then to finish things up, Matt Beaty joined the team’s hitting spree when he drove an RBI single to left scoring Taylor, followed by a Corey Seager single to center, scoring Pollock. This would close out the total for 9 runs scored. The Dodgers and Mgr. Dave Roberts corps of relievers, Corey Knebel, Brustar Graterol, and Phil Bickford combined to save the victory for Urías who went a strong 5 innings and got credit for the win. This moved his overall season record to (21-3) and (1-0) in the 2021 post-season.

Meanwhile, back at the Dodger Stadium’s Centerfield Pavilion, the “viewing-party” was rocking on a Saturday, as Fans were seeing and feeling the series-tying win as if they were actually at the game. Non-stop cheers and good times were had by all as the Dodgers easily defeated their longtime bitter and state-rivals, (9-3).

(Of Signficance): Cody Bellinger has got his confidence and “hitting groove” back and the team’s offensive slump only lasted 1 game. And now the Big Blue Wrecking Crew is back at home with the distinct possibility of winning the Series in front of their adoring, loyal, and True Blue fans. It will be a colorful sea of Dodger Blue & White come Monday and Tuesday at the Stadium. RH/Max Scherzer has been given the assignment for this crucial game.

Check for available tickets by going to one of our previous stories and finding the link to purchasing tickets. The last that we heard, they are going fast.