Champions Not Slowing Down In Their March To Playoffs 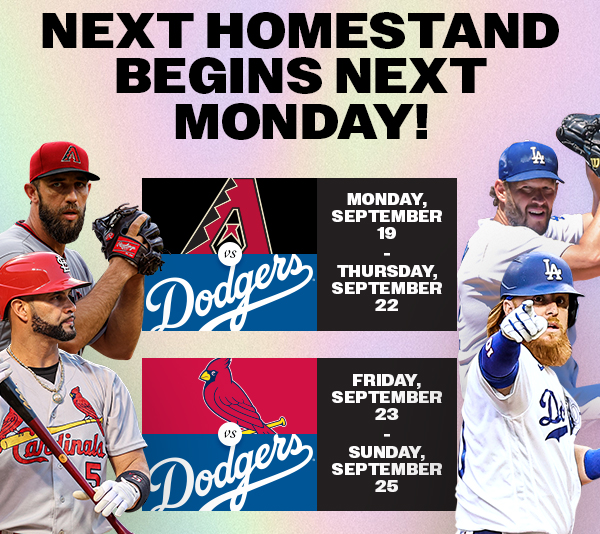 (East Los Angeles, CA) [From The Editor’s Desk]: Dodger fans have started their celebration over the Big Blue Wrecking Crew’s winning the Division in an overwhelming and going away style. And there’s still some 20 more games left in the regular season. The champagne was opened in their locker room and was flowing abundantly in the recently achieved win as their magic number to win the National League West was reduced to zero.

But, guess what, they’re back with yet another eye-catching rest of September promotions. Please read the full announcement and make your plans to get in on the fun, the action, and the thrill of victory as the Dodgers first take on the Arizona Diamondbacks for a three game set starting on Monday, 9/19 to open the home-stand. The next three game series will feature the St. Louis Cardinals starting on 9/23 as they return to Dodger Stadium with an old friend in their line-up, Señor Albert Pujols, who is on the verge of making Major League Baseball history with his 700th home run.

LOS ANGELES – The Los Angeles Dodgers will begin their second-to-last regular season homestand on Monday, September 19 after clinching the National League West Division title for the ninth time in 10 years earlier this week. The Dodgers will welcome the Arizona Diamondbacks for a five-game set (Sept. 19 – 22), including the stadium’s second-ever split doubleheader, and the St. Louis Cardinals for a three-game matchup (Sept. 23 – 25). Tickets remain available for all games at Dodgers.com/tickets.

The homestand will host several ticket pack events at Dodger Stadium, including Black Heritage Night on Monday where fans who purchased a special ticket pack will receive a one-of-a-kind Dodgers’ jersey as the Diamondbacks series begins. The team will commence its annual celebration of Hispanic Heritage Month, presented by UCLA Health, with a split doubleheader on Tuesday. Fans have an opportunity to take home two limited edition Día De Los Dodgers bobbleheads, presented by Hornitos, by purchasing a special ticket pack to each individual game. The sights and sounds of Taco Tuesday, sponsored by Delta Air Lines, will fill the stadium for both games of the matchup, including a mariachi band playing before and during the games. Los Angeles Kings Night will happen next and fans who bought a special ticket will receive a Kings and Dodgers combination jersey. Wrapping up the Arizona series will be a two-for-one special, as fans in attendance will take home a Dustin May bobblehead presented by Yaamava’ Resort and Casino at San Manuel and the team will also host Cal State LA Night.

The Dodgers will celebrate Native American Heritage Night, presented by The San Manuel Band of Mission Indians as the Cardinals come to town. Fans will be treated to Friday Night Fireworks, sponsored by California Pizza Kitchen, after the game, themed to special music to celebrate Hispanic Heritage Month, presented by UCLA Health. The first 40,000 fans will take home an Austin Barnes bobblehead on Saturday, presented by Postmates and the homestand will conclude with celebrating Cal State Dominguez Hills Day on Sunday.

Fans can come together with the Los Angeles Dodgers Foundation and 76 to support STEM education for 5,000 youth in Los Angeles at the start of the homestand. The first 500 people to donate $76 or more will receive a limited-edition Smilin’ Jack pin and a Los Angeles Dodgers 76 co-branded corduroy hat. Dodger fans can support this initiative by also texting FUEL to 41623 to access the promotion online or by visiting the LADF Homebase in the Centerfield Plaza, where 100 limited edition pin sets will be available with a donation of $76 or more, while supplies last. Fans can also support the effort by participating in a special online auction from Sept. 27 – Oct.7 at dodgers.com/auctions.

During both of Tuesday’s games, Dodger spouses will be selling mystery bags with baseballs autographed by Dodger players. One bag will sell for $60 or two for $100 and will be available in the Left Field Plaza, LADF Homebase located in Centerfield, and Loge section 103. Proceeds will benefit the Los Angeles Dodgers Foundation and bags are expected to sell out quickly.

A schedule and full list of promotions is available below. 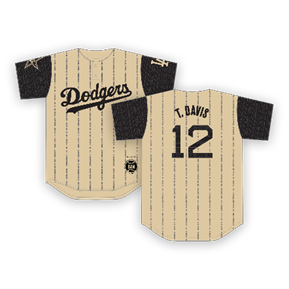 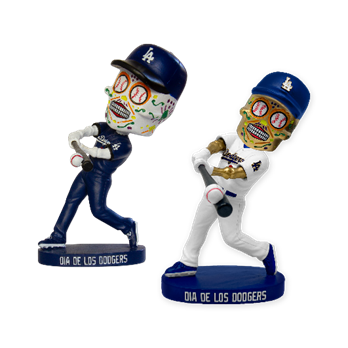 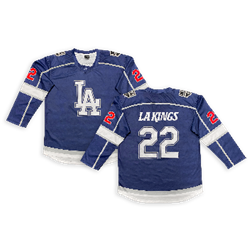 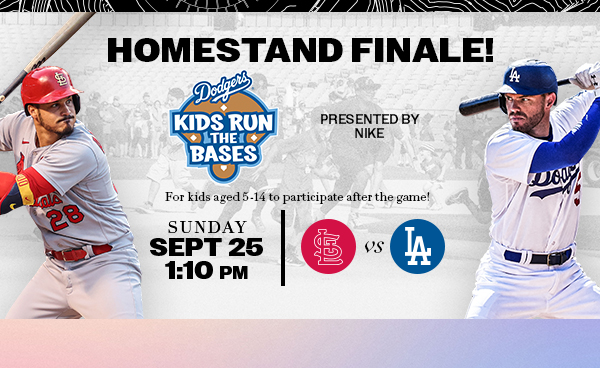