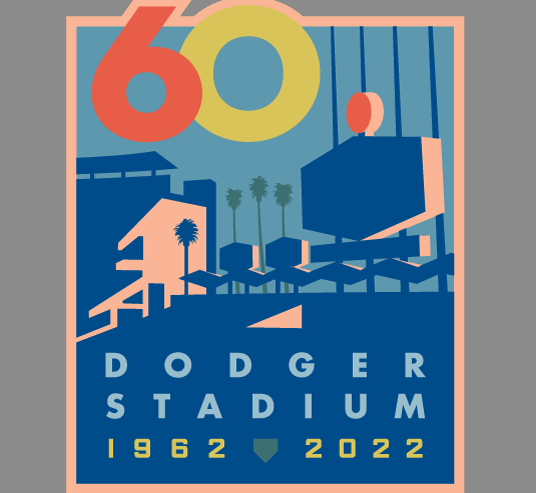 (East Los Angeles, CA) April 18, 2022 [From The Editor’s Desk]: As Dodgers baseball 2022 gets underway, think of this for a second…so when you’re finally at the ball-park and its time to get that something special to eat, fans have always stopped by the concession stand. While en route, you sniff the air and you are grabbed by the great smelling aroma of the famous Dodger Dog. Right? Well, there’s going to be several new and very welcomed additions to the menu this year. During this special 6oth Anniversary of Dodger Stadium, Dodgers management has declared…Let there be Dodgers Taco Tuesday nights!! So get ready for it to debut during their specially-themed game day and night celebrations. Here is the press announcement that the team has issued.

LOS ANGELES – The Dodgers will welcome back its dedicated fanbase, who has led MLB home attendance for eight consecutive seasons, for the 60th anniversary of Dodger Stadium by introducing exciting, new theme nights while also celebrating its diverse community. Each special event date will include a ticket to the game, featuring a unique pregame ceremony plus an exclusive experience or promotional item.

Making its debut at Dodger Stadium, Taco Tuesdays will introduce six new taco-inspired food items and specialty drink options throughout the season. The thirteen exciting nights will also feature local mariachi bands and will pair up with Mexican Day and Night on May 17 (12:10

p.m. and 7:10 p.m. vs. Arizona Diamondbacks), presented by Advance Auto Parts, as the teamtakes on the first split doubleheader in Dodger Stadium history. Fans who purchase a special ticket pack through Dodgers.com/TicketPacks will receive an exclusive Mexico-themed jersey, with different designs for the two different games.

with a special ticket purchase will receive a one-of-a-kind hat. The team will partner with the Los Angeles Co. Department of Mental Health for Mental Health Awareness Day on May 15 (1:10 p.m. vs. Phil. Phillies) and attendees will be given a teddy bear.

The two-game set against the San Francisco Giants on May 3 and May 4 (both at 7:10 p.m.) will be headlined by a Mother’s Day makeup bag, presented by Proflowers, and fans will feel the force on Star Wars Night, as a special

edition beanie will be given away to those with a unique ticket. Nights celebrating the diverse Los Angeles community, such as Japanese Heritage Night on June 15 (7:10

**These special promotional events are not stadium-wide promotions. Additional packages will be announced throughout the season, and complete details can always be found by visiting Dodgers.com/TicketPacks.

Now is the time to pick and purchase your special event-themed games while enjoying great Dodgers baseball and lots of fun at the Stadium. There’s always something good happening for Dodger fans!!