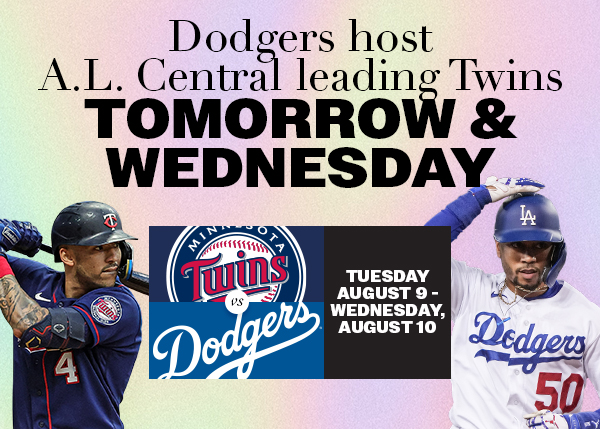 (East Los Angeles, CA) August 8, 2022 [From The Editor’s Desk]: The Dodgers are “Red Hot” in the hot old summertime, so much so, that they have a whopping (75-33) MLB highest win total and lead their second place National League, West competitors, the San Diego Padres by an eye-popping (15.5) games. The team took Monday off after sweeping the Giants in four and the Padres in three this past week. Altogether they are riding an (8) game winning streak.

So Dodger fans, in a rare two-game set get ready for our team to come out slugging hard against the Minnesota Twins, who lead the American League, Central  by (1.0) game over the Cleveland Guardians.

For promotional purposes, it’s the celebrated “Taco Tuesday” night at the ball park as well as the L.A. Football Club’s (LAFC) Night. They are currently the  Major League Soccer (MLS), Western  Conference leaders with an overall record of (16 wins-4 losses-3 ties = 51 points) and a very nice lead over their second place opponent, Austin FC. A great looking and fitting LAFC  T-shirt awaits all who purchased that special ticket package. 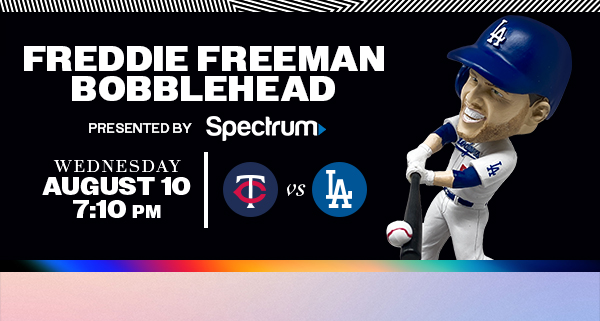 Then, on Wednesday night, and wrapping up this brief home-stand, look what the first 40,000 fans entering the Stadium will receive, a much coveted, Freddie Freeman Bobblehead. Hope you are making your plans to come out during these final two games. Single Game Tickets are available by clicking here.  Special event ticket packages are available here.