Big Blue’s Been Here Before. Comeback Expected By Fans. 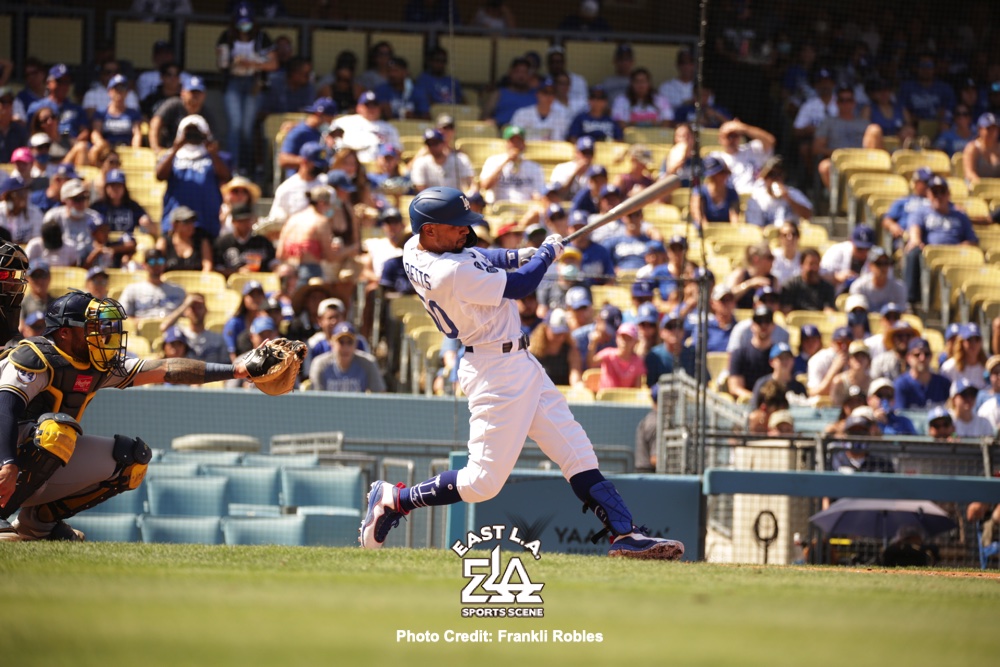 (East Los Angeles,  CA) October 12, 2021 [From The Editor’s Desk]: The day’s weather in our City reminded one of the cold, windy, and damp weather that is typically found in San Francisco. And, in contrast to last week’s Wild Card great game environment and weather, it hung around through the full 3:08 timeframe needed to complete the contest. No excuses here, but just thinking out loud a bit.

(Game Recap): Other than a (407 ft.) lead-off homer to left center, by the Giants #10/Evan Longoria in the 5th, off Max Scherzer, there was not much offense generated. That was clearly proven by the number of shut-out innings, fly-outs and line-outs recorded by both teams’ centerfielders. A hit here, and a walk there, was all the fans were teated to. 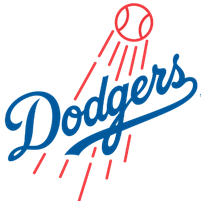 Scherzer’s pitching, excellent in a word, carried him through a full 7 innings in this game as he logged these particularly important stats–(10) strike-outs, (3) hits, (1) run, and (1) walk. But the chatter and the buzz around the ballpark was the play of the Dodgers, Chris Taylor and the Giants, Steven Duggar in Centerfield.

Then, in the 5th inning, Giants Mgr. Gabe Kapler’s replaced his starter and former Dodger, Alex Wood, with his sidearm, submarine reliever, Tyler Rogers who came on with 2 outs and stayed through the 7th with 1 out. At that point, he was taken out and Kapler inserted L-H/Jake McGee. He faced pinch hitter, #15/Austin Barnes and struck him out. Then it was Mookie Betts who stepped in. He sharply lined what looked like an RBI game-tying single over the leaping short-stop, Brandon Crawford, a 3 x Gold Glove Award winner. But somehow, some way, he climbed his imaginary step-ladder to rob Mookie and the Dodgers of that scoring opportunity. Side retired and crowd silenced!

To start the top of the 8th for the Dodgers, reliever R-H/Blake Treinen came in to relieve Scherzer who went a full 7 innings. Treiner did his job expertly with a “1-2-3” inning.

In their half of the 8th frame, the Dodgers bats were still being held in check as the young, explosive, and microwave-hot, Camilo Doval, worked a quick and efficient “3-up” and “3-down” inning as he retired Trae Turner on a ground-out to 3B, Corey Seager with a fly-out to Center, and Justin Turner on a fly-out to Right.

And then came the proverbial “nitty-gritty” time going into the 9th inning as Mgr. Dave Roberts asked his best closer, Kenley Jansen, to set the Giants down without the slightest chance of them adding any more runs to their score. Jansen replied to his Mgr.’s call with a “trifecta” of strike-outs that set the stage for the Dodgers last at-bats.

Their batting order brought up Chris Taylor, who flied out to Center, AJ Pollock who was caught looking, and Gavin Lux, who nailed a fast-ball solidly and drove the ball deep into the left-centerfield alley, only to see it lose its velocity to a probable wind swirl as it moved through the stadium, and then ultimately have it drop into Steven Duggar’s glove for the final out.

The Dodgers next “win-or-go-home” game will take place at 6:07 PM, and once again, in front of another 53,299 fans who hope for a big change in the game weather. Just know that the Big Blue rally towels will be at the ready to root and spirit our team back onto the “must-win” track and force a Game 5  “showdown” for the NLDS title on Thursday in the City By The Bay.