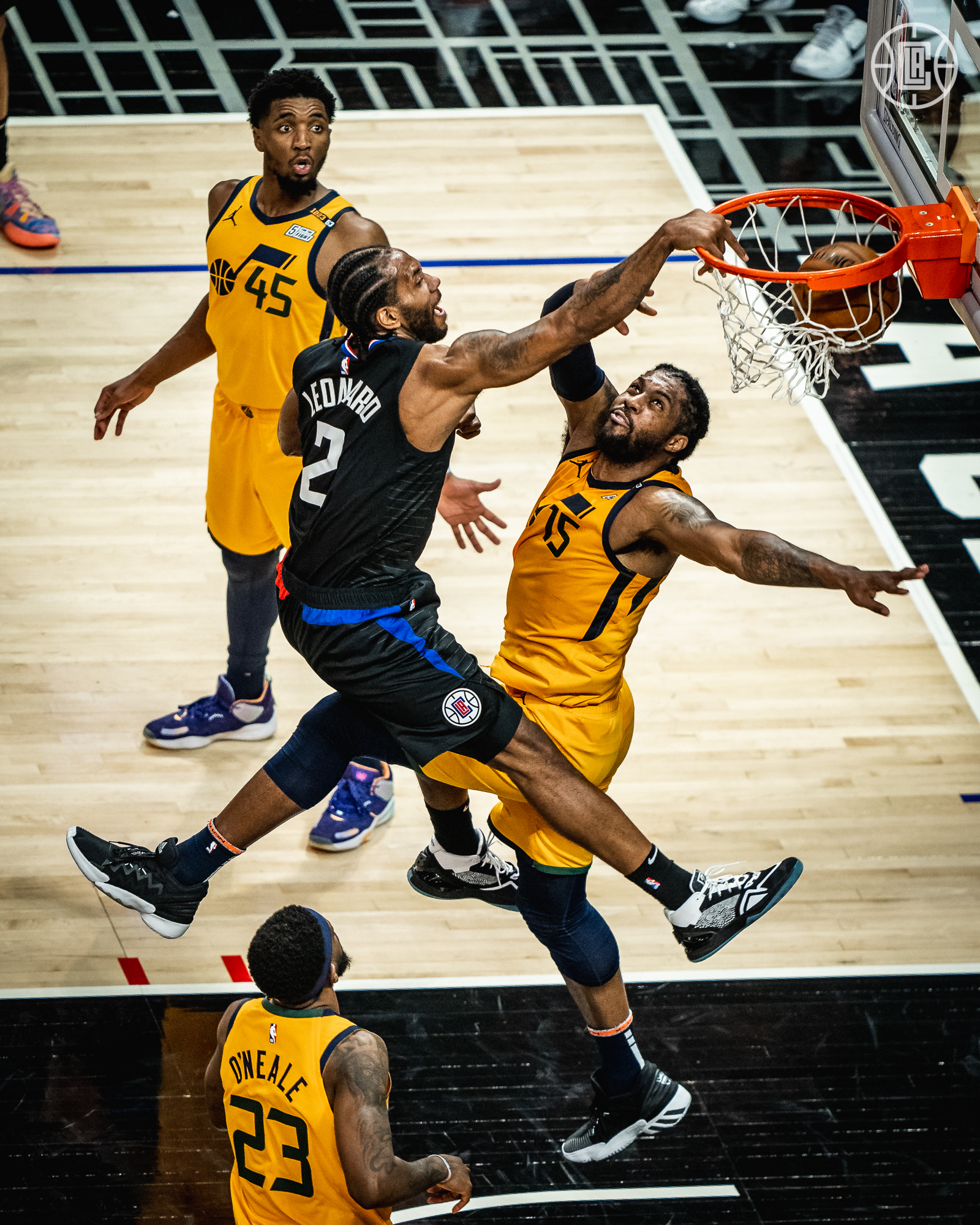 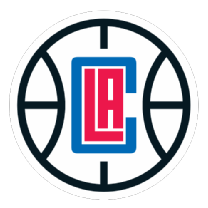 (East Los Angeles, CA) June 15, 2021 [From The Editor’s Desk): The Clippers did what they had to do in Game 4 and once again, they emphatically made their “comeback” playoff statement one more time as they broke strongly from the starting line and never looked back. Well, maybe they did just one time when the Jazz, like all good NBA playoff teams, were briefly observed in the Clippers rear-view mirror right around the 4th quarter when they made their longest and most-determined run to catch-up. But, the Clippers’ relentless offensive persistence and attacks at the basket could not be defended, nor overcome by the Jazz. 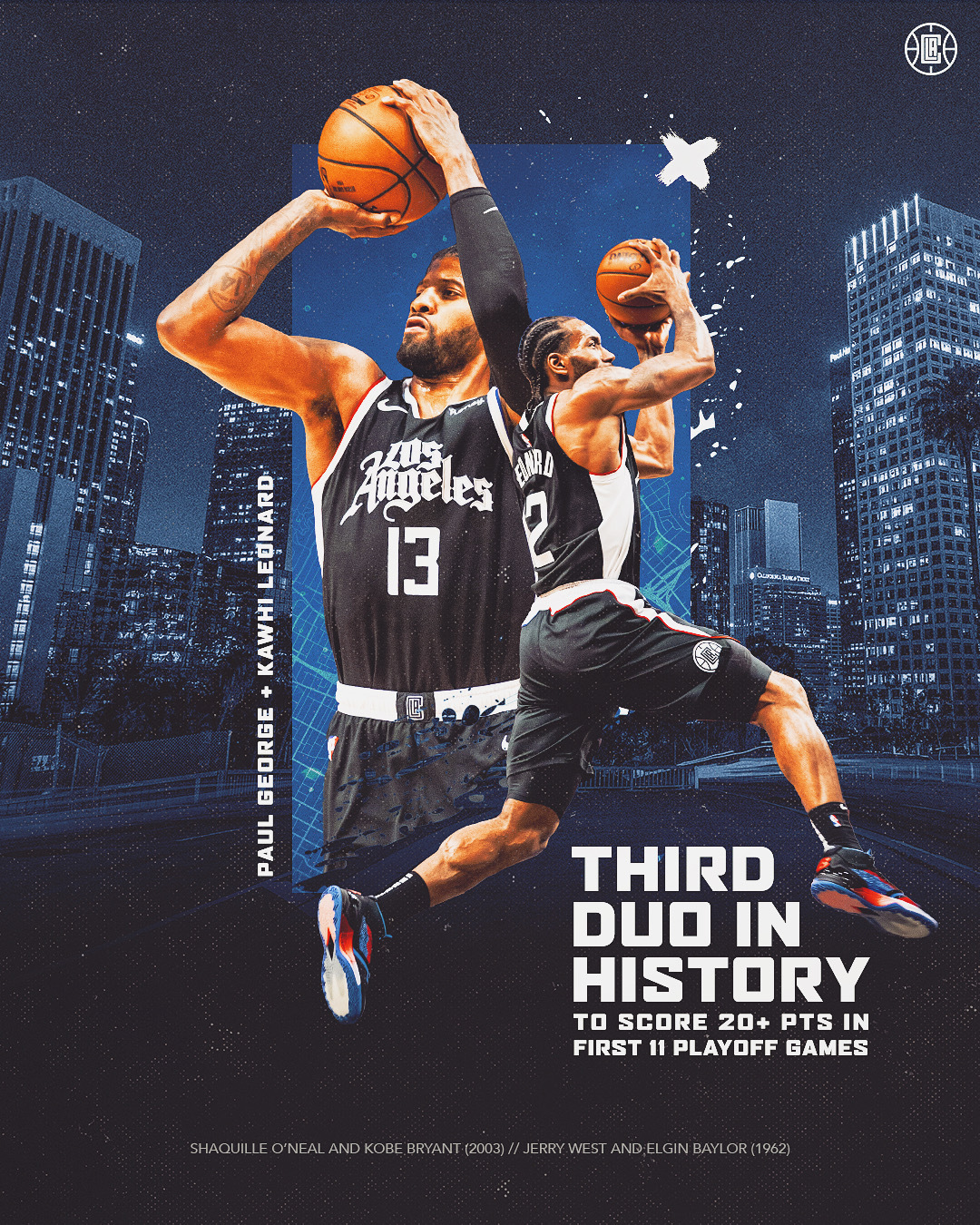 (In The Rhythm Of The Game): Playing in steady and infectious synchronicity as they have now grown accustomed to in their second full season together, Kawhi Leonard/31/7 rebs/3 assists/2 stls/1 blk) and Paul “PG” George/31/9 Rebs/4 assists/1 stl) were the high performance spark-plugs that ignited the team and all of its reserves to come in and produce as Head Coach Tyronn Lue has requested them to do when called upon. In this game, the Dynamic Duo from (2-13) land, delivered a whopping total of (62) points between them. But in this game, replacing #1/Reggie Jackson from his outstanding Game 3 starting performance, it was #8/Forward/Marcus Morris, Sr., who did huge damage to the Jazz with his consistent first half play by quietly racking up 21 points. He finished with a most impressive game stat-line of (24 pts/5-6/3-pt FGA/6 rebs/1 stl), as he brought these three players game point production to an eye-catching (90). The Clippers offensive bench power, with #40/C/Iveca Zubac and #5/G/Luke Kennard putting in 8 points apiece, was enough to keep the late-game pressure up at a high level. It also provided that extra insurance punch of keeping the double-digit lead strong and healthy throughout most of the game.

(Of Significance): We must make strong mention here of the great job that #21/PG/Patrick Beverley (3 Rebs/4 Blks/3 Assts/1 Stl/1 TO/20 minutes) did on the defensive and the offensive sides of the ball. His grit and fire are always visible and palpable whenever he’s in the game. 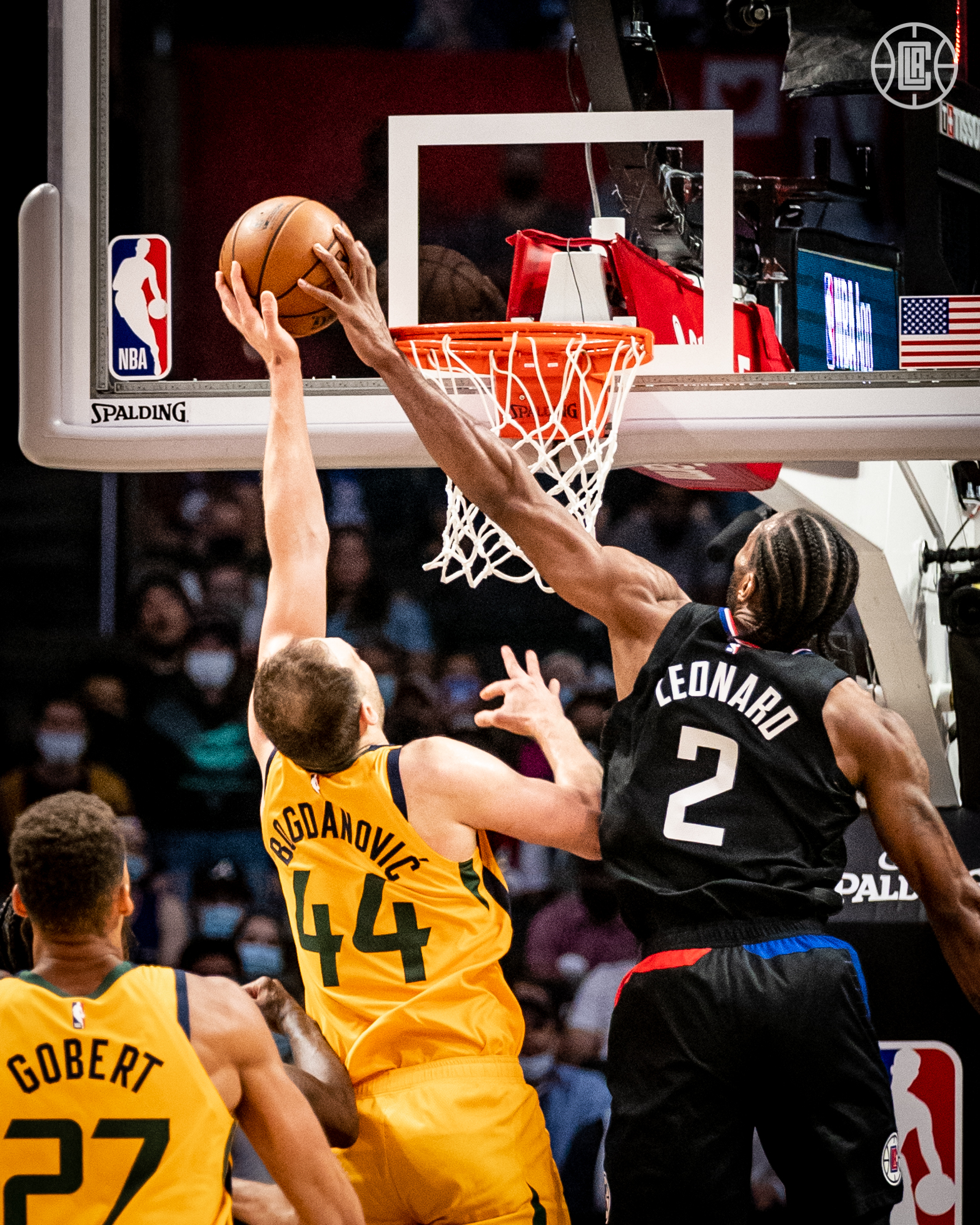 (Play of The Game): The crowd-mesmerizing, jaw-dropping, monster dunk in “lane traffic” by Kawhi Leonard, forever posterized #15/Derrick Favors with his “SuperMan-Dunk” right before the end of the first-half. Kawhi, aka, The Claw, after beating his defender  just above the free-throw line, simply kept elevating from the mid-point spot of the key, and then literally exploded at the apex of his incredible leap for the rim-rattling flush. This dunk is still, and will likely be talked about and much-appreciated for many days and months to come, by millions of the NBA’s teen-aged players and fans of all ages from around the globe. Question now is…what will he name it? Please give us your feedback if you can find that extra time in your busy schedules. We’d love to hear from our followers as often as possible.

(Forecast For Game 5): Keep in mind that Jazz All-Pro guard, Mike Conley has been held out of these games due to  a very bad pulled hamstring condition. The NBA rumor mill has been hinting at an appearance in tomorrow’s Game 5. All-Star and shooting-guard extraordinaire, Donovan Mitchell, who had (37) in this loss, could surely be the big beneficiary of Conley’s participation, since any double-teaming on Mitchell may not be a great defensive strategy. Both are deadly 3-point sharpshooters who can fill it up in the bat of an eye with high percentage accuracy. In addition, the Clippers will be forced to deal with a very passionate and “sold-out”, hostile Jazz fan environment as the series has now become a proverbial “Best of Three.”

(Remaining Round 2 Games): Playoff Game #5 takes place on Wednesday, June 16th, in Vivint Arena, Salt Lake City, UT at 7:00 pm (PT). The game will be televised once again on TNT and broadcast on local radio station, KEIB, 1150 AM.

Game #6 is scheduled for Friday, June 18th, at Staples Center. It will be televised on ESPN and carried on our local radio station, KEIB, 1150 AM. Tip-off is set for 7:00 pm. 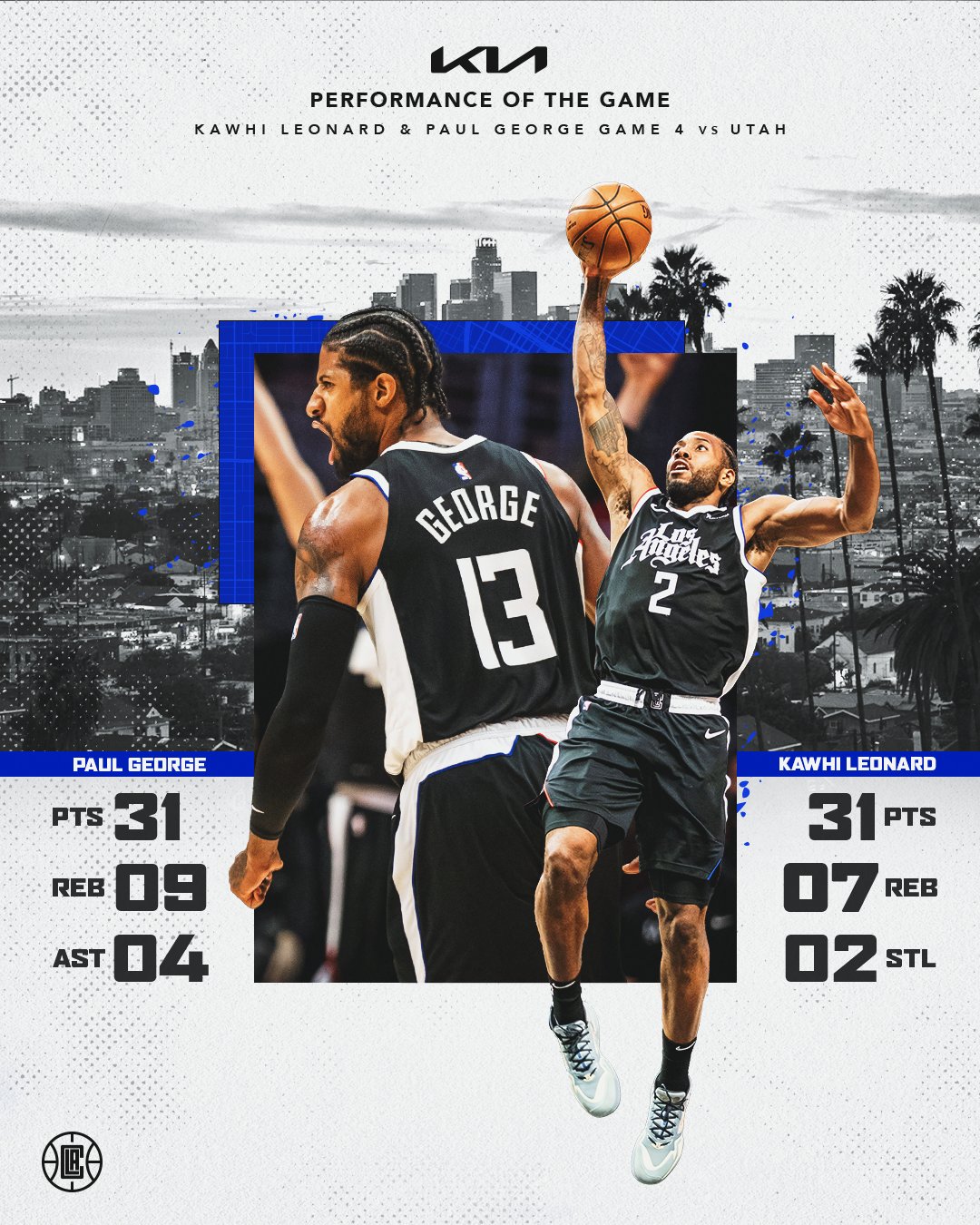