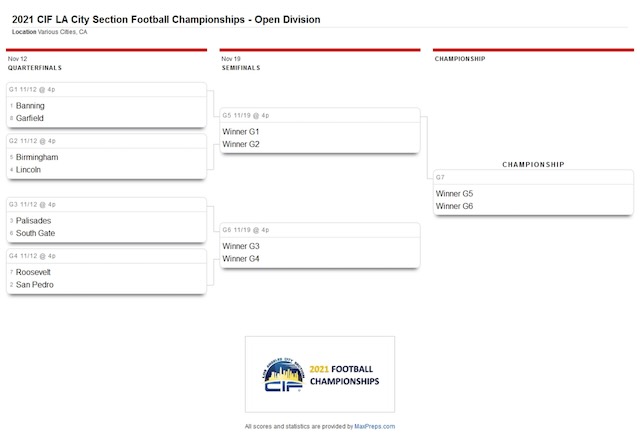 (East Los Angeles, CA) November 5, 2021 [From The Editor’s Desk]: For all of our high school football followers, especially for Roosevelt and Garfield of the Eastern League, here is the “Open” Division of the CIF/L.A. City Section playoffs bracket. Also joining the Open Division as first-timers with Roosevelt are South Gate and Lincoln. Garfield has previously appeared in the Open.

Lincoln was given the 4th seed and drew Birmingham, the 5th seed, while South Gate, the 6th seed, is set to play Palisades, the 3rd seed. It is important to note that all games are scheduled to be played on Friday, November 12th, at the higher seed’s playing field.

Roosevelt drew the 7th seed and will face #2 seed, San Pedro. This Kick-off is now slated for 7:00 PM. Garfield was given the #8 seed and will face #1 Banning. This kick-off was originally scheduled for 4:00 pm but it may also be changed to 7:00 pm. A reminder to please check with the school whose game you would like to attend, for the official start time.

And, yes, we are also adding the rest of the CIF/L.A. City Section’s Divisional brackets. We’ve also highlighted many other schools that we have provided previous coverage to. 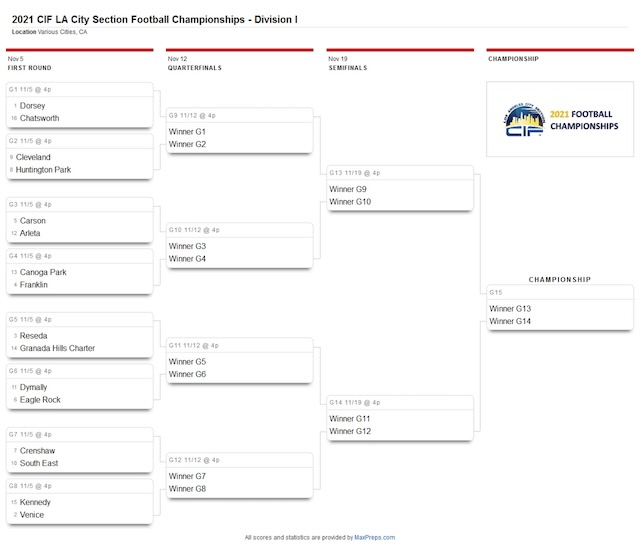 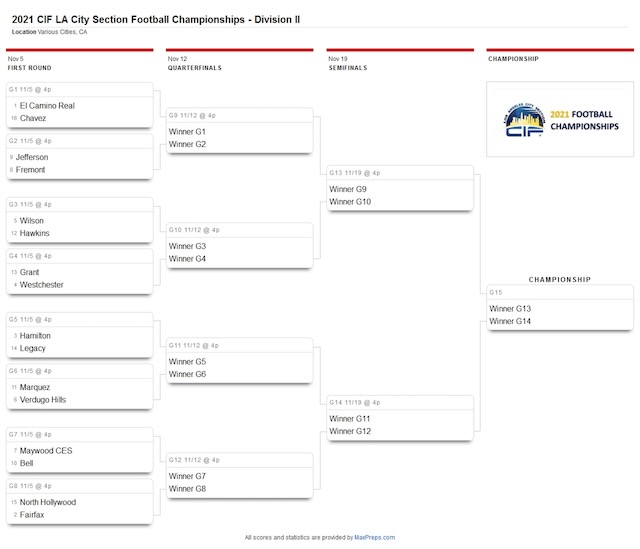 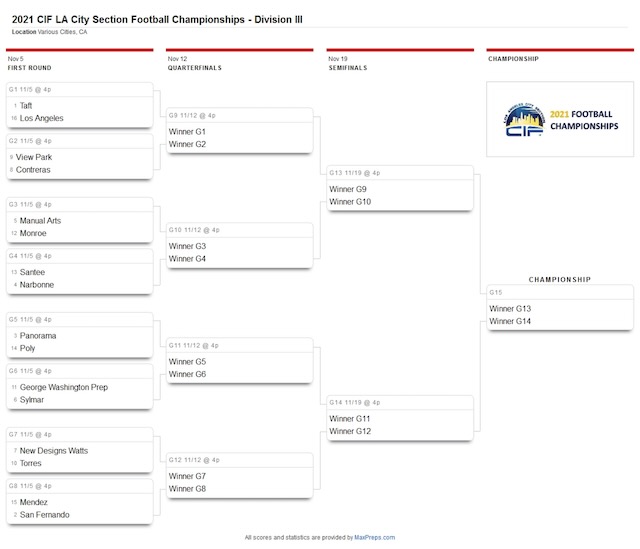