Its Second Is In El Sereno. More Murals Gradually Appearing In All Sectors of L. A. City and County.

(Boyle Heights/East Los Angeles)—One of our City’s first twenty memorial murals dedicated to the tragic and sudden death of NBA Super Star and L.A. Lakers Legend, Kobe Bryant is now part of the growing form of paying deep respect and undying homage to the beloved icon of NBA and International (FIBA) fan bases around the world.

East L.A. Sports Scene quickly deemed that it was very appropriate to bring our viewers this special production to the Boyle Heights community of East L.A.  and Beyond, as the story and motive for this mural was told in its entirety by its Creator and Designer, Jorge Parrales, the owner of Casual Living Murals, along with his two colleagues, Sam Hue and Robert Arredondo. All were present for our production. Each contributed and described his role in the creation and completion of a unique vision that honors Kobe as a Laker immortal, and Kobe as a Dad to his lovely 13 year-old daughter, Gianna (“GiGi”).

The title of this mural is “Lost Angels,” and vividly depicts the Legend as the NBA’s MVP, 18 x NBA All-Star, and 5 x World Champion in a game-time resting pose, as well as a loving and caring father as he kisses “GiGi”  happily, warmly and affectionately on the top of her head. Those who also lost their lives have their names inscribed on the mural to bring the totality of the tragic accident into the full perspective of losing a loved one. 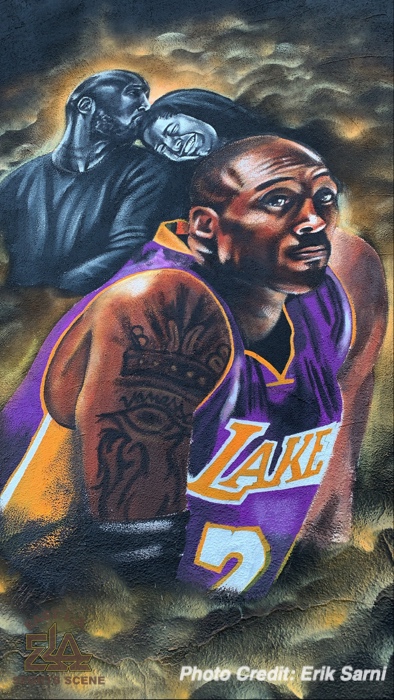 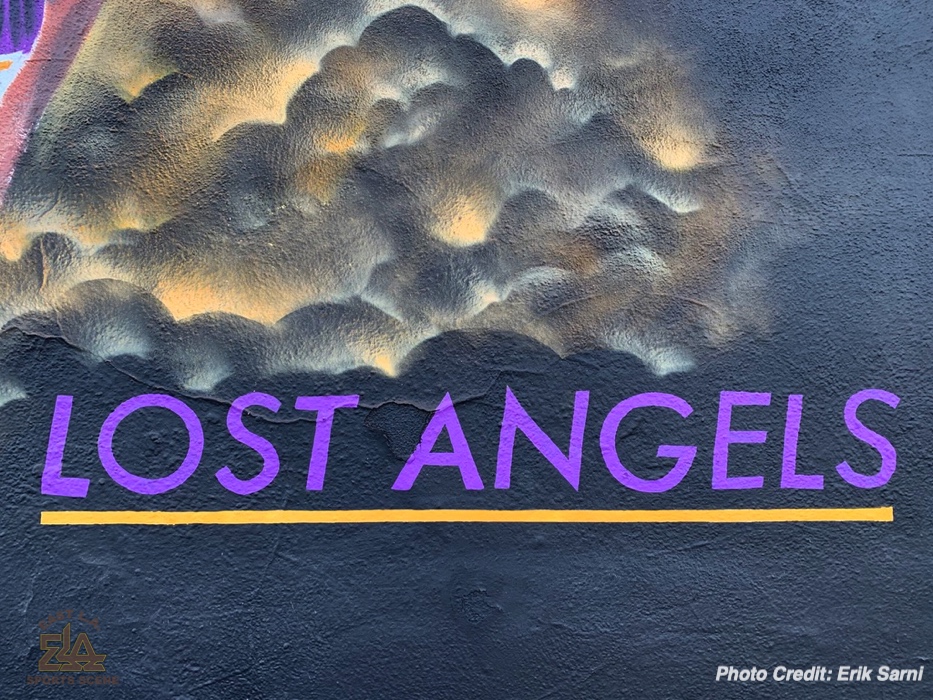 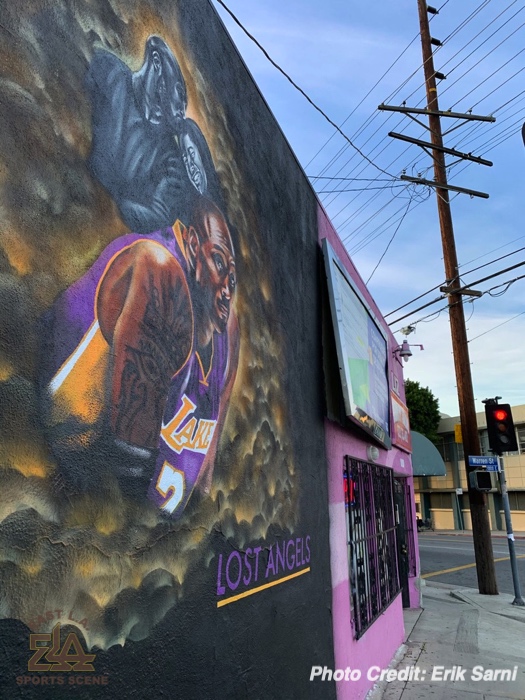 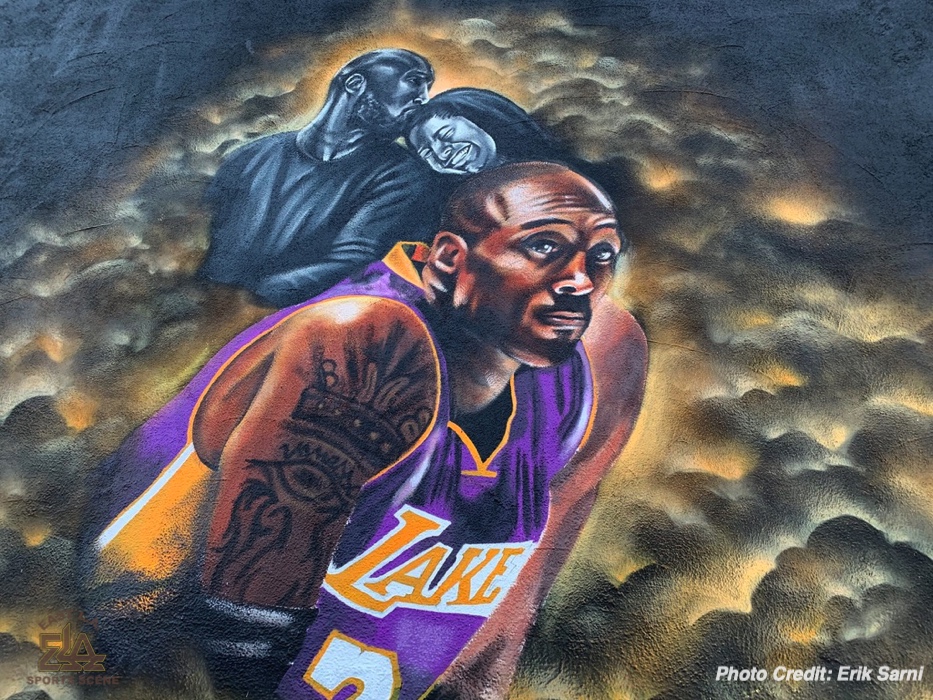 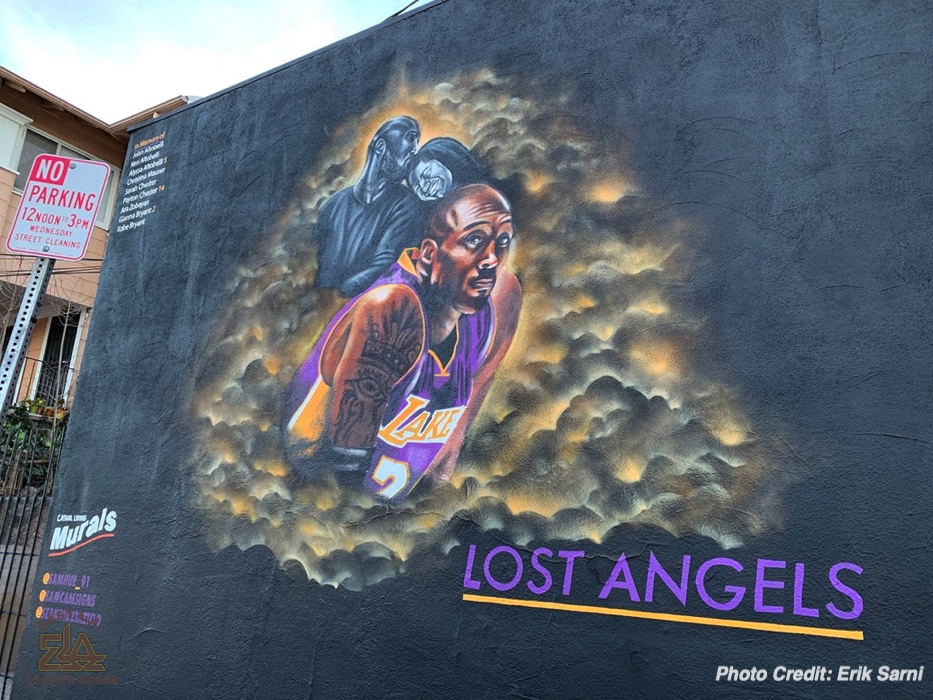 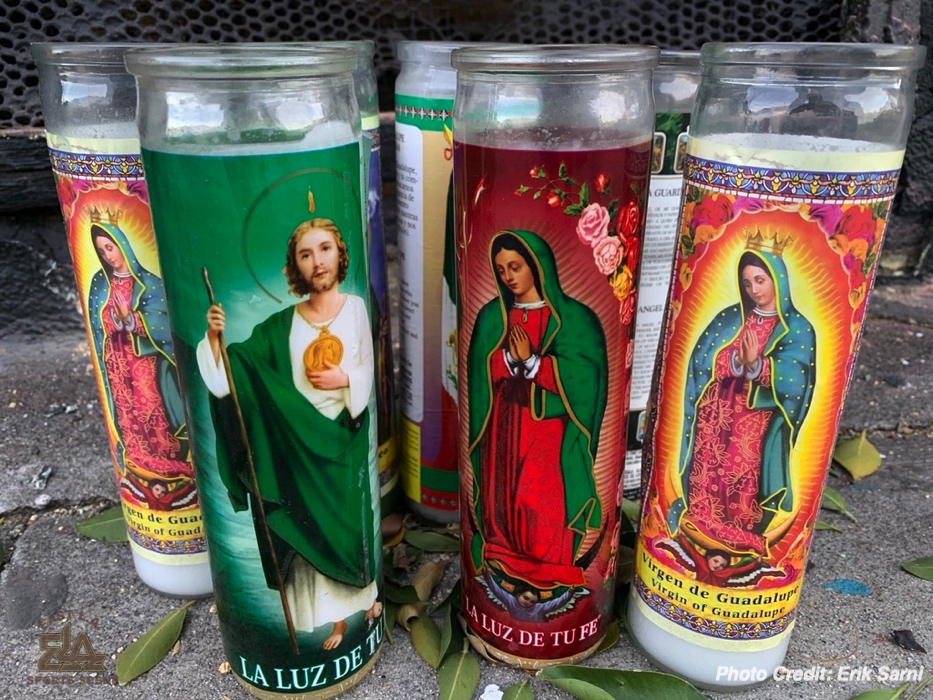 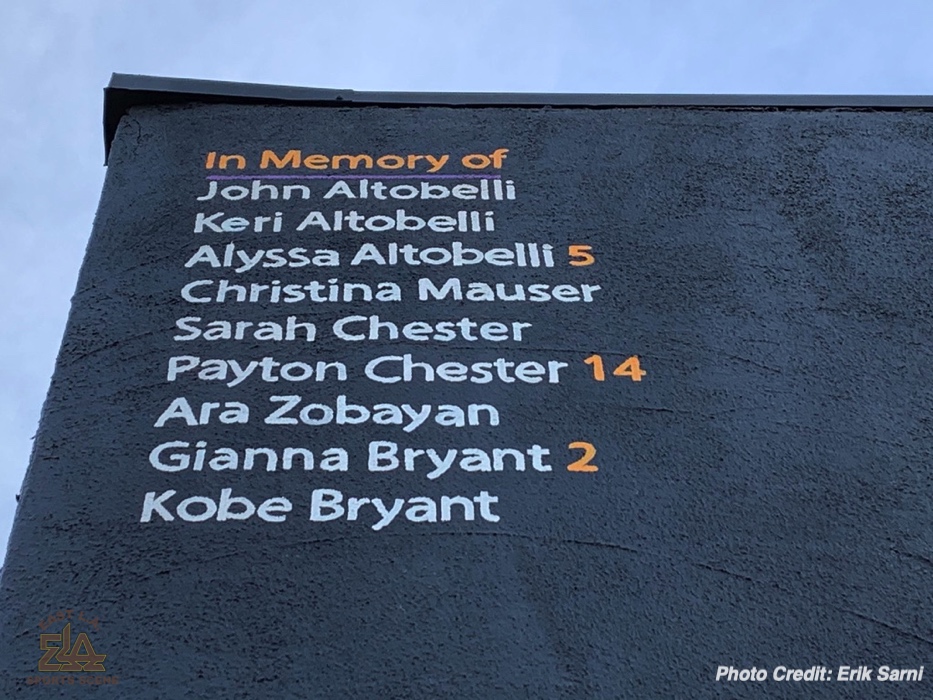 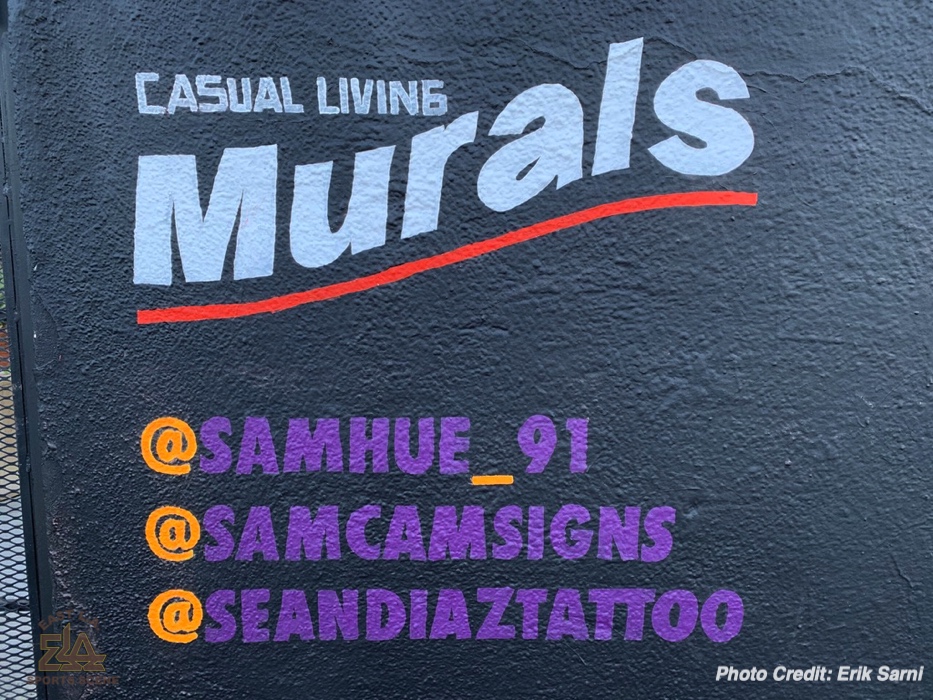 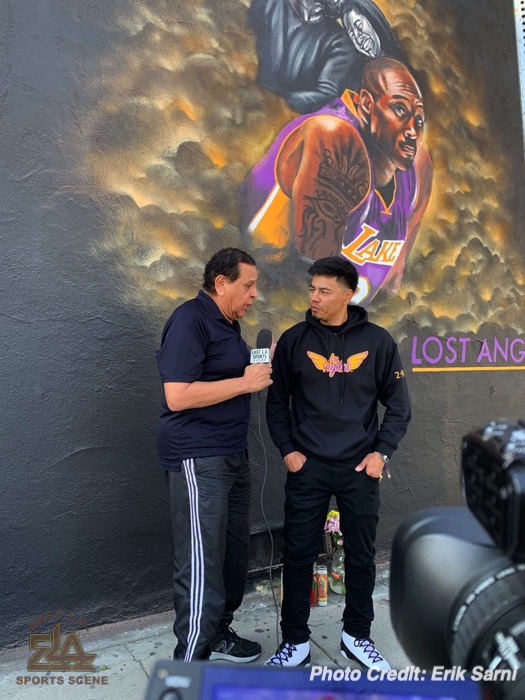 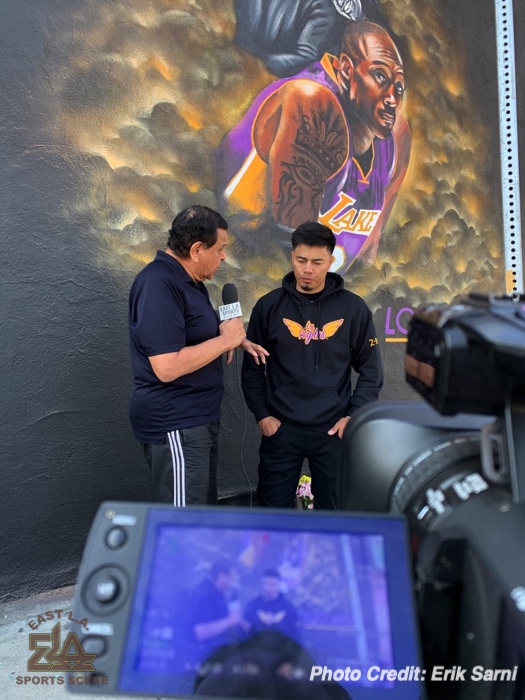 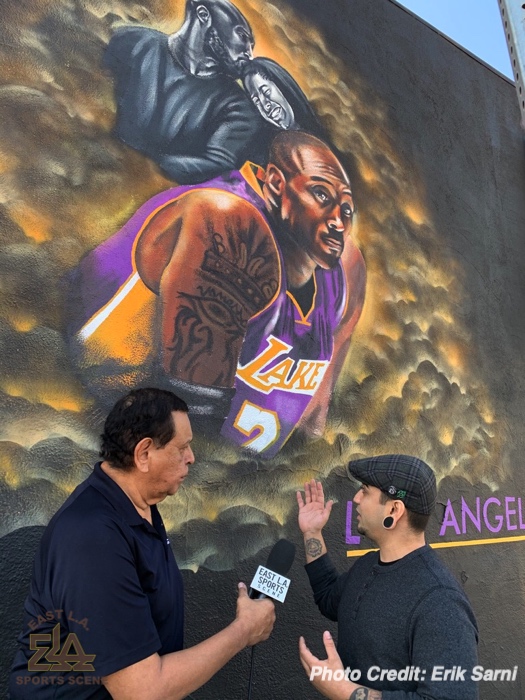 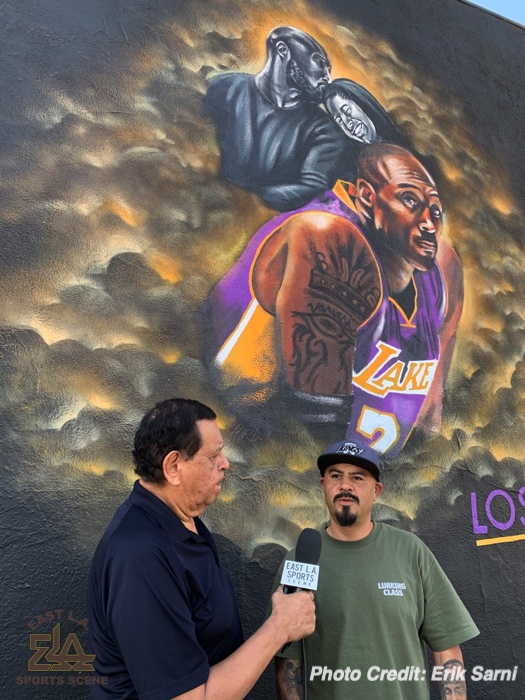 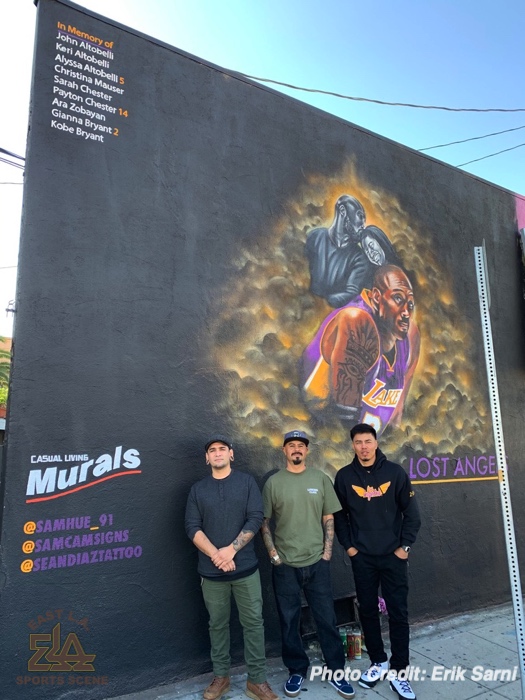 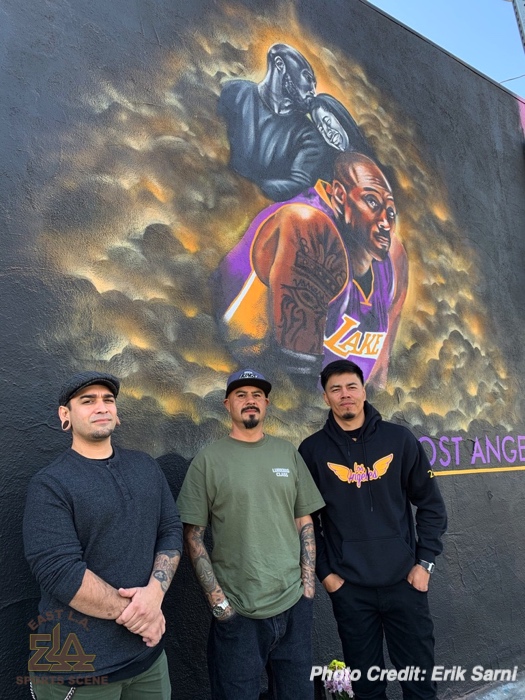 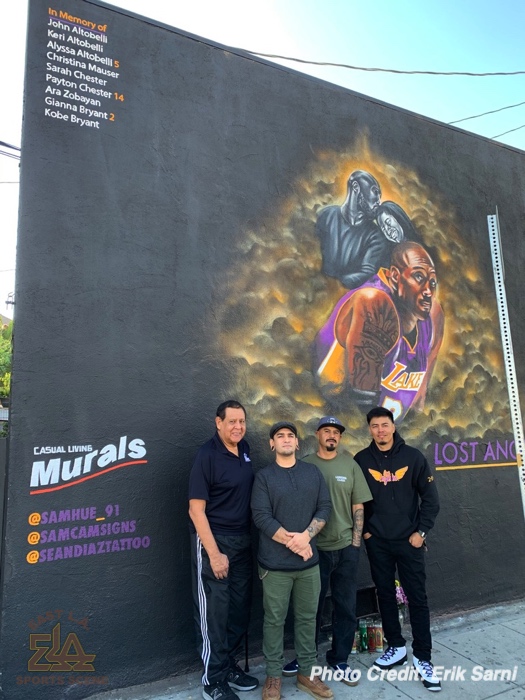 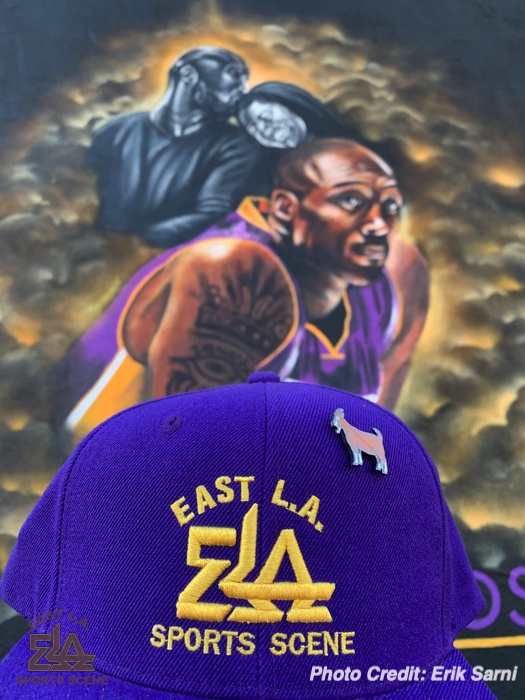 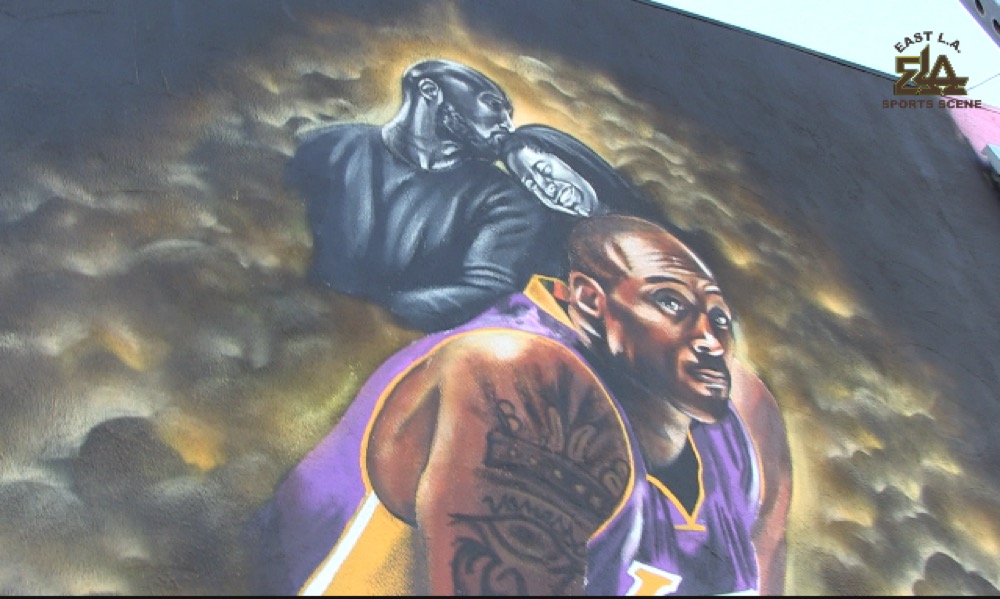 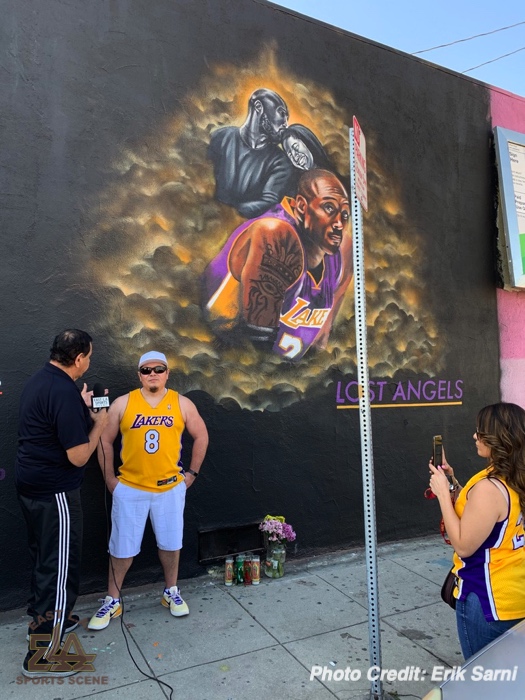 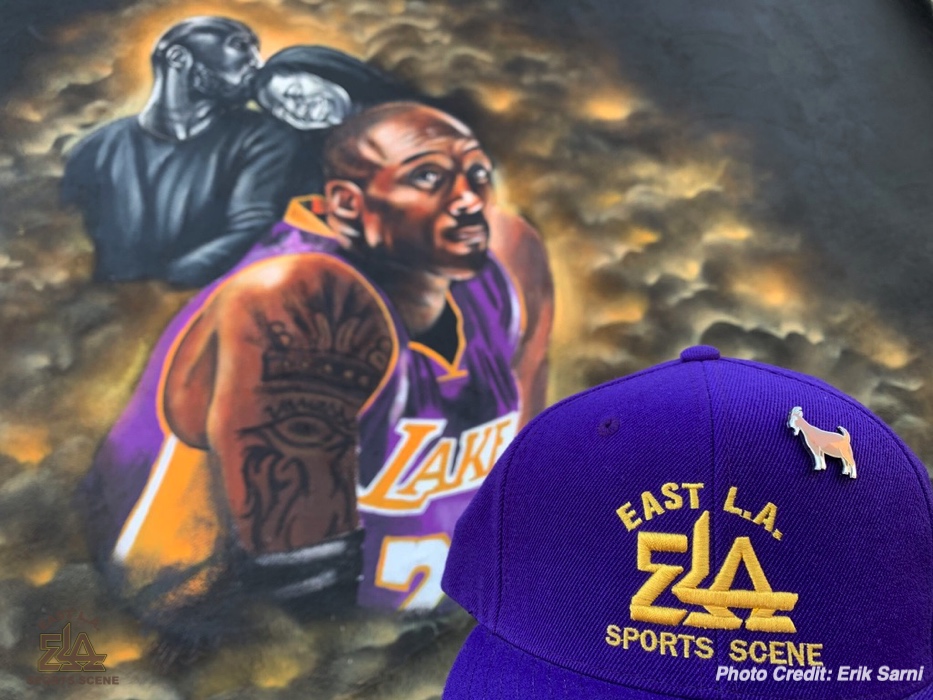 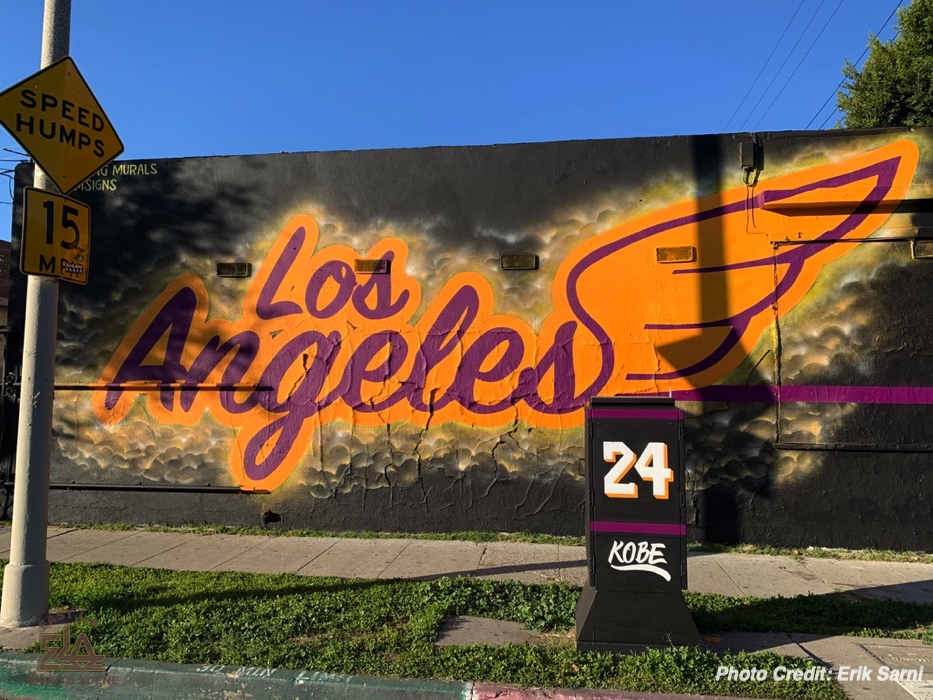 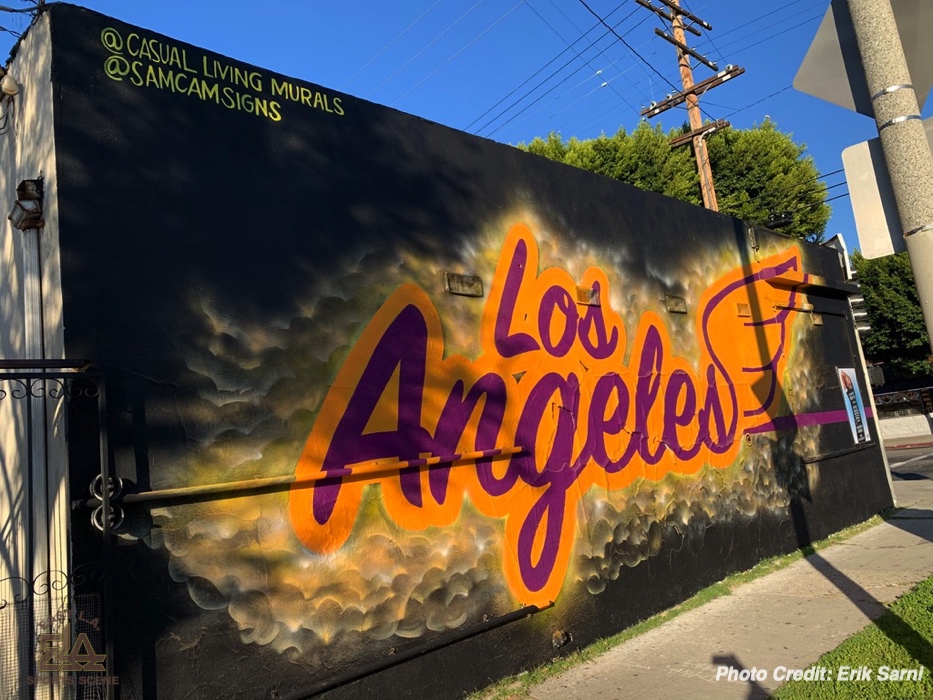 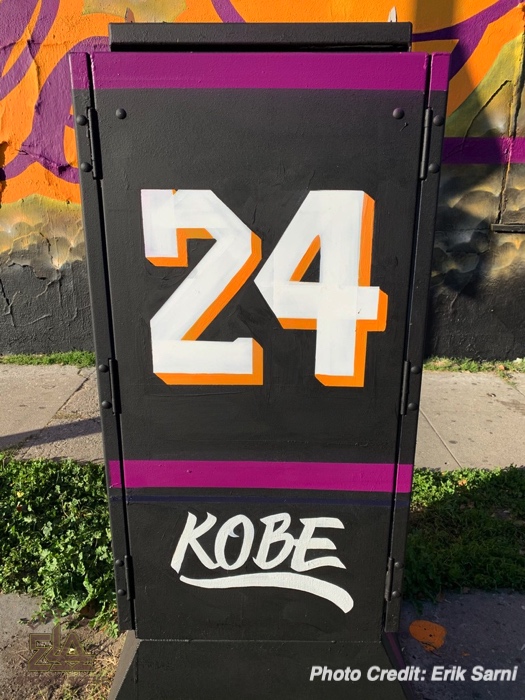 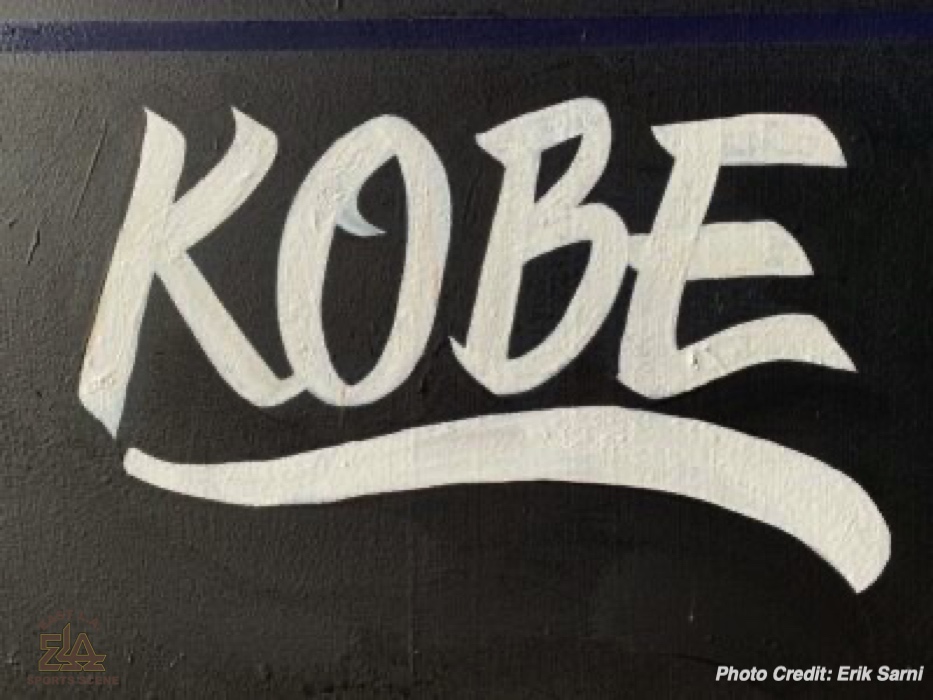 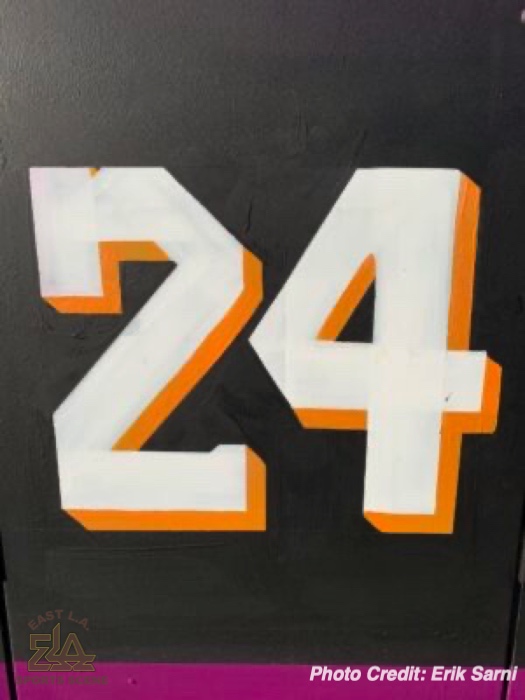 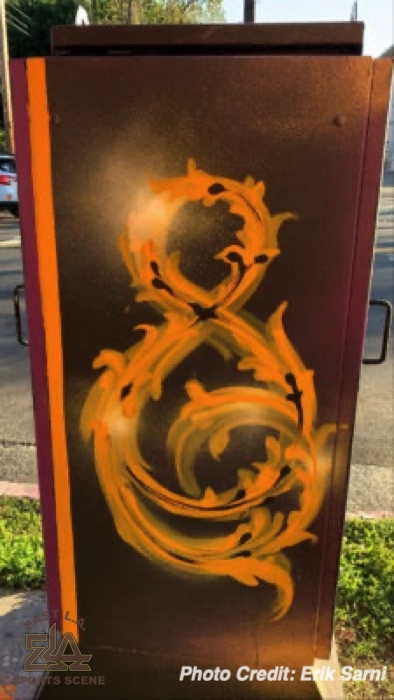 As was the case in the creation of their first mural, Casual Living Murals was given access with permission to do a second local mural dedicated En Memoriam to Kobe that can be found at the intersection of Eastern Avenue and Gambier St. located in Los Angeles’ Northeastern residential sector of El Sereno, 90032. The theme for this mural is part of Jorge’s tribute to Kobe that he calls, “The Mamba Mentality” project. Both of these artistic mural projects were completed on a voluntary basis by Jorge and his Casual Living Murals Teams.

To contact Jorge and Casual Living Murals for consideration in doing a commercial project for your business and/or for your community beautification projects, you can reach him through the following channels of communication: