Bruins Back Home From WCWS After Loss To #1 Seed Oklahoma

Adios Rachel! Muchas Gracias For Giving Us Much Pride & Joy In Your Bruin Career 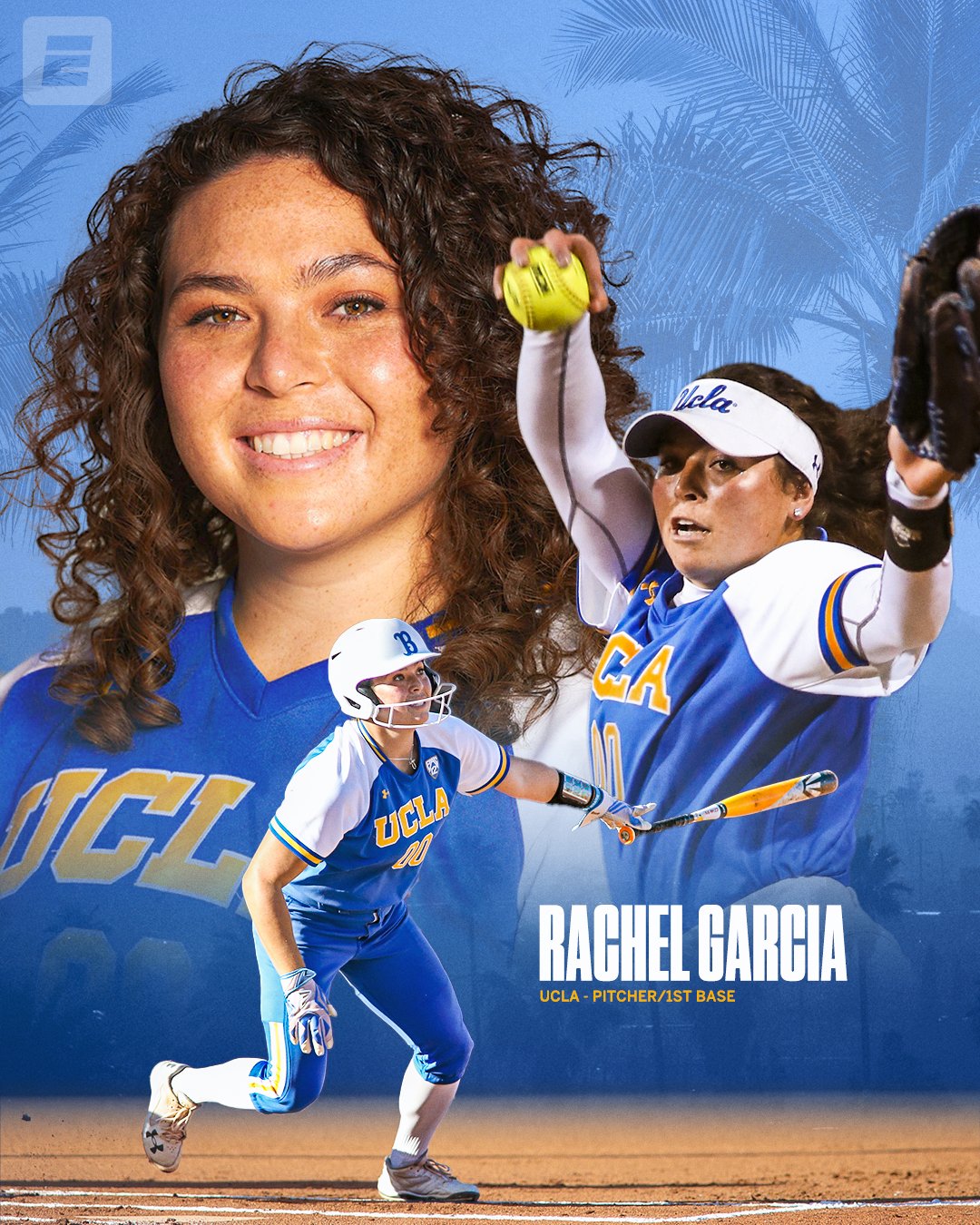 (East Los Angeles, CA) June 7, 2021 [From The Editor’s Desk]: The final game of one of the “Best-Ever” UCLA Bruins female student-athletes to suit up and compete for one of  the most-renowned softball programs in the nation, ended with a season-ending loss to the number #1 team in the country, the Oklahoma Sooners, on Saturday, June 5, 2021. It happened in the always prestigious and increasingly popular 2021 NCAA’s Division -1 Women’s College Word Series Loser’s Bracket.

While there is disappointing sadness in Bruin Nation due to the school’s unexpected outcome in this national collegiate tournament, there is also resounding jubilation, tremendous respect, and abounding appreciation for Rachel Garcia who always delivered an incredibly high percentage of winning performances for herself, her team, and the institution best-known for producing some of the most elite university athletes in the country. It’s as precise and to the point as their trademark motto clearly reads and acclaims, UCLA – “Champions Made Here.“ 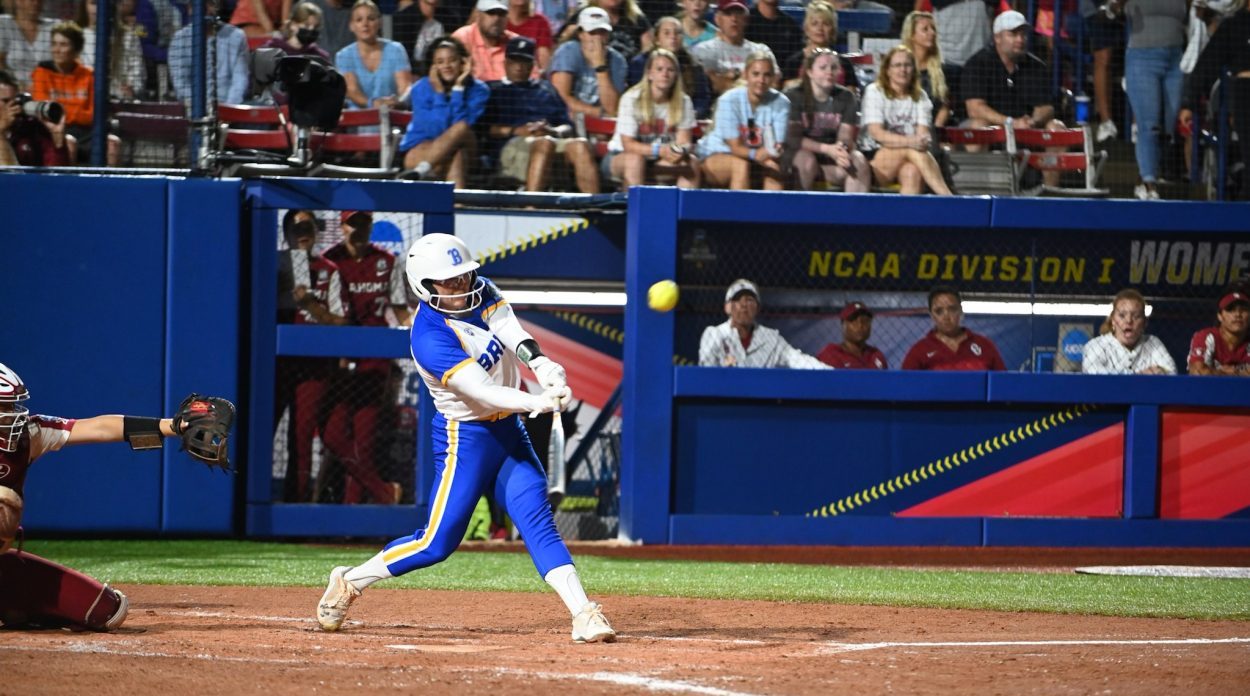 (Game Overview): Bruins Head Coach, Kelly Inouye-Perez, had no choice but to assign the starting pitcher as Rachel Garcia. Since her second starter, SR/Right-Hander/Megan Faraimo, was never available to play due to an arm injury diagnosed after her post-L.A. Super Regional Tournament performance against Virgina Tech on May 28th, it left only Garcia and reliever, Holly Azevedo to handle all of the pitching duties.

(Game Recap): The Sooners were basically laying in wait, as they rallied from an early game (3-0) deficit, thanks to Garcia’s 3-run homer in the 3rd inning. In their bottom of the inning at-bats, Oklahoma answered with two runs of their own as they went to work and produced a bevy of singles, extra-base hits, and several home runs to go from a (3-2) deficit to building a lead from (4-3) to (5-3), and finally stopping at (10-3), to secure their dominant victory. For the Sooners, and Head Coach, Patty Gasso, they advanced to the next round of the bracket, to face their vanquishers from that stunning upset in Game 1, the James Madison Dukes. With their second defeat, the Bruins, would say farewell to USA Softball’s Hall of Fame Stadium and catch their flight back to Los Angeles.

Coach Gasso, who started Nicole May, pulled her after the Garcia 3rd inning home run. She quickly turned to another one her Aces, #45/SR/P/Giselle Juarez, the Glendale, AZ native & Arizona St. transfer), who simply overpowered the Bruin line-up with her amazing southpaw delivery, going 5 innings, allowing 3 hits, no runs, walking 1, and striking out 4. She registered her 20th win against a single loss for the season.

Meanwhile, the Sooner high-octane offense, led by their Master Blaster in this game, Mackenzie Donihoo, who hit a pair of homers and drove in 3 runs, was easily handling Garcia’s pitches. As the middle innings wore on, it marked a significant difference on Garcia since her pitches began to lack the luster and the pop from her season appearances, which earned her an overall record of (18-3), the securing of the PAC-12 title, and the leadership in taking the Bruins through the NCAA’s L.A. Regional and Super Regional playoffs.

Other hitting stars for Oklahoma in this game were: Tiare Jennings (2 RBIs), Kinzie Hansen (3 RBIs) and Nicole Mendes (3 runs), who each had a double. The team’s all-time home run leader, Jocelyn Alo chipped in with a triple. The team had (11) hits in the game. The also played an errorless game on defense.

But make no mistake about the Sooners. They were a resilient and a solid team all-around. In this “Do or Die” match-up, even though the Bruins jumped out to that (3-0) lead in the 3rd, the Sooners never took their eyes off the prize. Battling back from their incredible opening game loss to James Madison, they kept chipping away at their next opponents in the loser’s bracket. Against the Bruins, Coach Gasso simply called on all of the right players, at the right time, to go in and step-up to do their part.

(Next Up): For Rachel: we are hoping and praying that the Tokyo Olympic Games will go on this Summer. She will proudly wear our nation’s uniform and once again represent us in her quest for winning the Gold Medal for Team USA. For The Team & Coaches: we want to offer our Congrats to ALL the players for competing and to ALL the Coaches for coaching at their very Best in spite of the odds and the recognition of the team’s untimely situational circumstances.

(Next Up): For the Oklahoma Sooners, a chance at winning the National Championship when they play the Florida State (FSU) Seminoles in a “Best of Three” series, on Tuesday, 6/8, at 4:30 pm (PT), Wednesday, 6/9, at 4:00 pm (PT), and then on Thursday, 6/10, at 12 noon, for  the “if necessary” game. The Sooners swept the four “must- win” games they needed to stay in the running for a return to the Finals. To accomplish that they scored single game victories over Georgia, UCLA, and two in a row over James Madison, in that order.  The JMU scores were (6-3) in Sunday’s game and (7-1) in Monday’s game. Good Luck to both Finalists!!