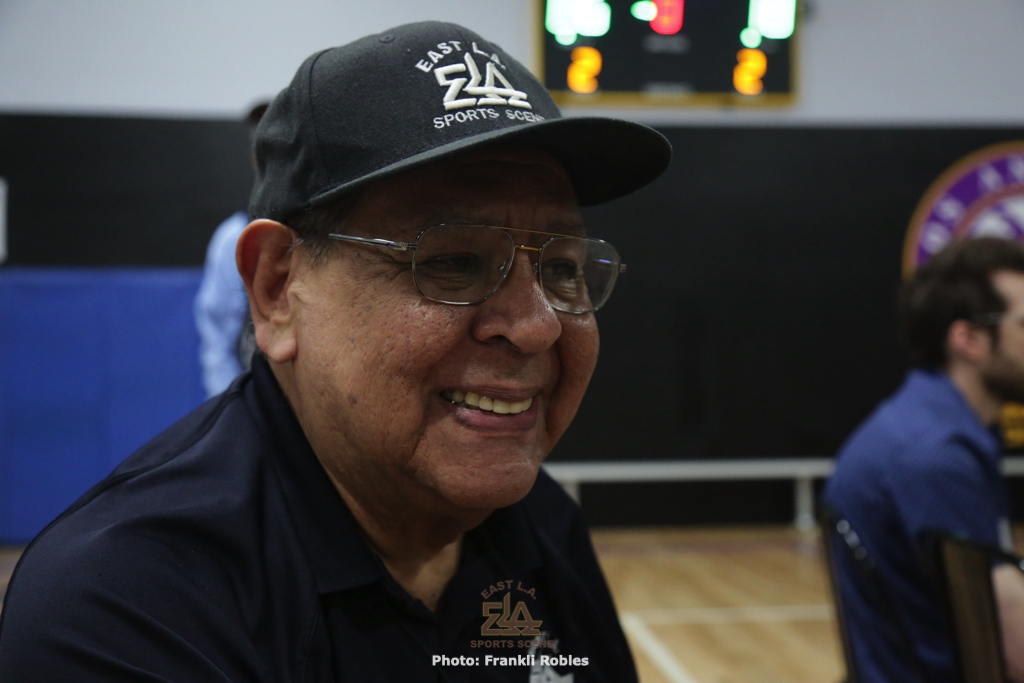 In the early ’90s, East L.A. Sports Scene was created and produce

At that time, Rico’s main objective in creating and then developing this sports production enterprise was to provide increased publicity to the athletic programs of Roosevelt and Garfield High Schools, East Los Angeles Community College, and Cal State Los Angeles University. In addition, through his consistent weekly 60 minutes programming, he provided a wide variety of sports programming to thousands of residents of the greater East Los Angeles community who were subscribers. East L.A. Sports Scene has been viewed by local East L.A. cable TV subscribers via Buenavision, Adelphia, and ultimately, Time Warner systems, in that respective order. All programs originated in East Los Angeles and reached an average annual demographic of 25,000 subscriber households.

In moving ahead to 2009, East L.A. Sports Scene had the great fortune of partnering with the Boyle Heights Technology Youth Center (BHTYC) for continuation of its “In-Studio” programming. Thanks to the leadership of Ozzie Lopez, the Center’s Executive Director, this type of programming for East Los Angeles continues to be a reality. In 2011,  Esteban Torres High School was added to our list of schools seeking coverage of their athletic events via our weekly “High School Game of the Week.”

The production staff has produced hundreds of “In-Studio” shows as well as field productions with “Play-By-Play” calls for all of our East L.A. high schools, and Community College athletic events. Throughout the years, community residents and high-school aged “interns” have provided, and will continue to provide, invaluable assistance in keeping the show “On-line” and “In-production.” East L.A. Sports Scene has always, and will continue, to keep our community informed on the progress of its teams and the performances of its young and outstanding student-athletes, both Boys and Girls. A note should be taken here that we will also focus our media efforts at highlighting those community-based organizations, youth centers, etc. who are essential and critical in providing year-round sports programming to all of our deserving youth.

Again, we thank you for your great interest and community support of our ongoing endeavor to bring high quality internet programming to you, our most valued viewers.  At your convenience, we would ask you to please take a moment and send us your contact information via e-mail.

Wishing each and everyone of our longtime, and new followers, the Best in viewing of East L.A. Sports Scene!!